A mystifying location for any traveller. Our Arctic cruise is the choice for bright minds – offering glimpses of the area’s abundant wildlife in the day and stunning views of the Aurora Borealis at night.

A Greenland holiday is as spellbinding as it is diverse. Whether you’re travelling in search of solitude in Greenland’s magnificent landscapes, hoping for chance sightings of the local Arctic wildlife or are there to experience the ethereal flickering of the Northern Lights, a Greenland holiday offers magical experiences at every turn.

Greenland: What to Expect

Greenland is both the world’s largest island and its least densely populated country. For much of the year, it is ice-locked and little visited. Thus, in spite of its name – it was named to try and entice settlers – it is not green, at least not for most of the year. However, as the pack ice breaks up, late summer offers a brief opportunity for a Greenland holiday and a chance to access its dramatic mountain scenery and gigantic icebergs. A window in which to experience Greenland’s majestic scenery, iceberg-strewn waters and some of the world’s most spectacular landscapes.

A selection of activities and experiences you could consider including in your holiday to Greenland.

Scout the horizon for species that include fin, minke and humpback whales.

Cross your fingers and hope to see the remarkable Northern Lights in Hall Bredning.

Greenland’s Icecap covers more than 80% of the… 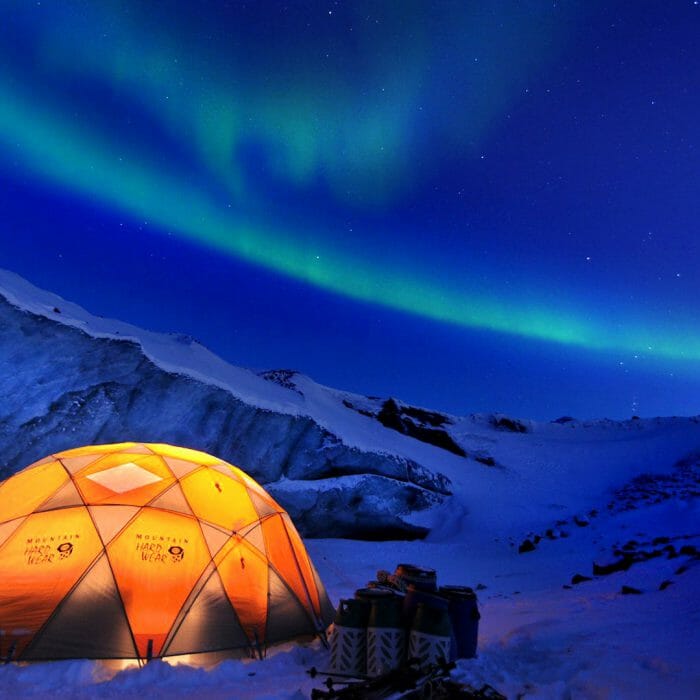 Base Camp Greenland has introduced a touch of… 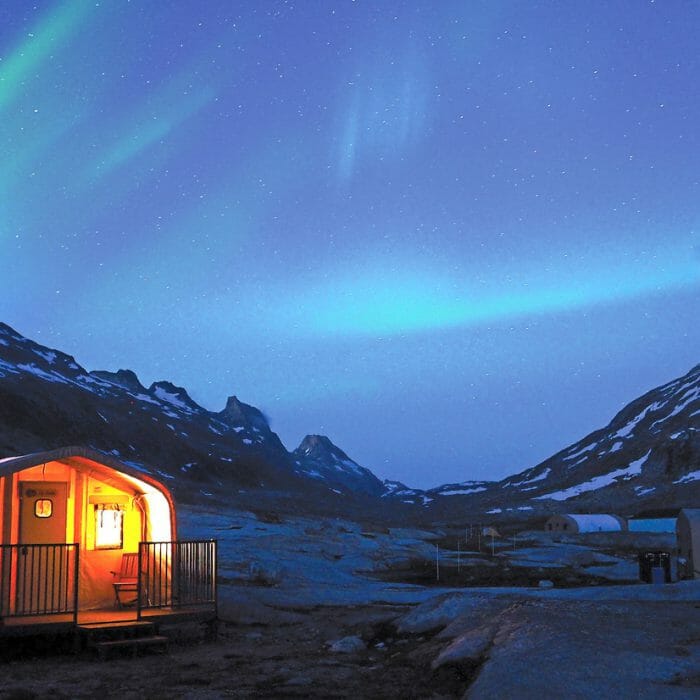 Launched in October 2019, the Greg Mortimer is… Launched in 1982 as a purpose-built vessel for… Originally built in Poland in 1989 as an… View Boat
Idea
Greenland
Wilderness & Wildlife of Greenland
In a rare opportunity to experience one of the remotest places on Earth, explore the wilderness and wildlife of eastern Greenland from a remote eco-camp set amongst the dazzling summertime Arctic landscape.
10 days from £9,900pp Our experts have created and curated these holiday ideas to get you started. Take the time to search through them and find something that is the spark for your unique adventure.

Idea
Greenland
Wilderness & Wildlife of Greenland
In a rare opportunity to experience one of the remotest places on Earth, explore the wilderness…
10 days from £9,900pp

View Cruise
Idea
Greenland
Sail Greenland & the Northern Lights
Journey by boat through the dramatic scenery and natural phenomena of Greenland in the company of…
13 days from £6,800pp Sue has visited Greenland on a number of occasions, exploring the colourful communities that cling to fjords, learning the skills of the local Inuit, kayaking amongst the great icebergs of Disko Bay and flying across its great icecap.

From the Northern Lights to meeting Innuits, Sue put together a trip that exceeded all our expectations. She was the most knowledgeable of anyone we spoke to about Greenland, and we could tell she knew things that only come from personal travels.

Do I have to be very fit?

Most trips to Greenland are quite active; cruises involving daily walking excursions across the arctic tundra; dog sledding or wildlife watching so to be able to get the most out of it you should be in good general health.

What are the daylight hours for Greenland?

Owing to its location north of the Arctic Circle, Greenland experiences extreme contrasts in daylight hours between winter and summer. For two to three months in summer, there is continuous daylight in Greenland, the so-called midnight sun. The winter darkness (three to four hours’ daylight) lasts from about mid-November until the end of January.

What clothing should I take to the Arctic?

It is always best to pack plenty of thin thermal layers rather than one thick layer. For voyages wellington boots, waterproof over-trousers & a waterproof jacket are essential. Most ships provide wellingtons & we will confirm the inclusions on your itinerary. Some ships also provide waterproof outer gear or having this available to hire. You will also need to keep your hands, head, ears and feet warm. The Arctic tends to be quite monochrome so bright coloured clothing tends to stand out in photographs. Aside from clothing a high factor sun cream and sunglasses are considered essential as the glare of snow and water will magnify the effects, insect repellent recommended at some times of the year.

What is Capital of Greenland?

The capital of Greenland is Nuuk, lying at 64°10′ N, makes it the world’s northernmost capital and has been occupied a settlement since 2200 BC

When is the best time to see the Northern Lights

The Aurora Borealis or Northern lights are most frequently seen in the autumn and winter months when the nights are longer and darker.

Why are the Musk Ox's called 'Thick-headed'?

During the rut Musk Ok males will fight for dominance, this often involves charging at each other from around 20 meters and banging their heads together, similar to a head-on collision at 50 kmph! This will continue until the dominant male wins. Often during mating the bull casually kicks the cow’s foreleg to “calm her down and make her more receptive to his advances”.

Are there any quirks I should know about?

Kangerlussuaq is the main International airport but there are no roads to anywhere from here. You can only fly, they also have a church with no vicar, a Medical Centre with no Doctor (he flies in for two days a month) and a Norwegian Airbase that rarely has any aircraft.