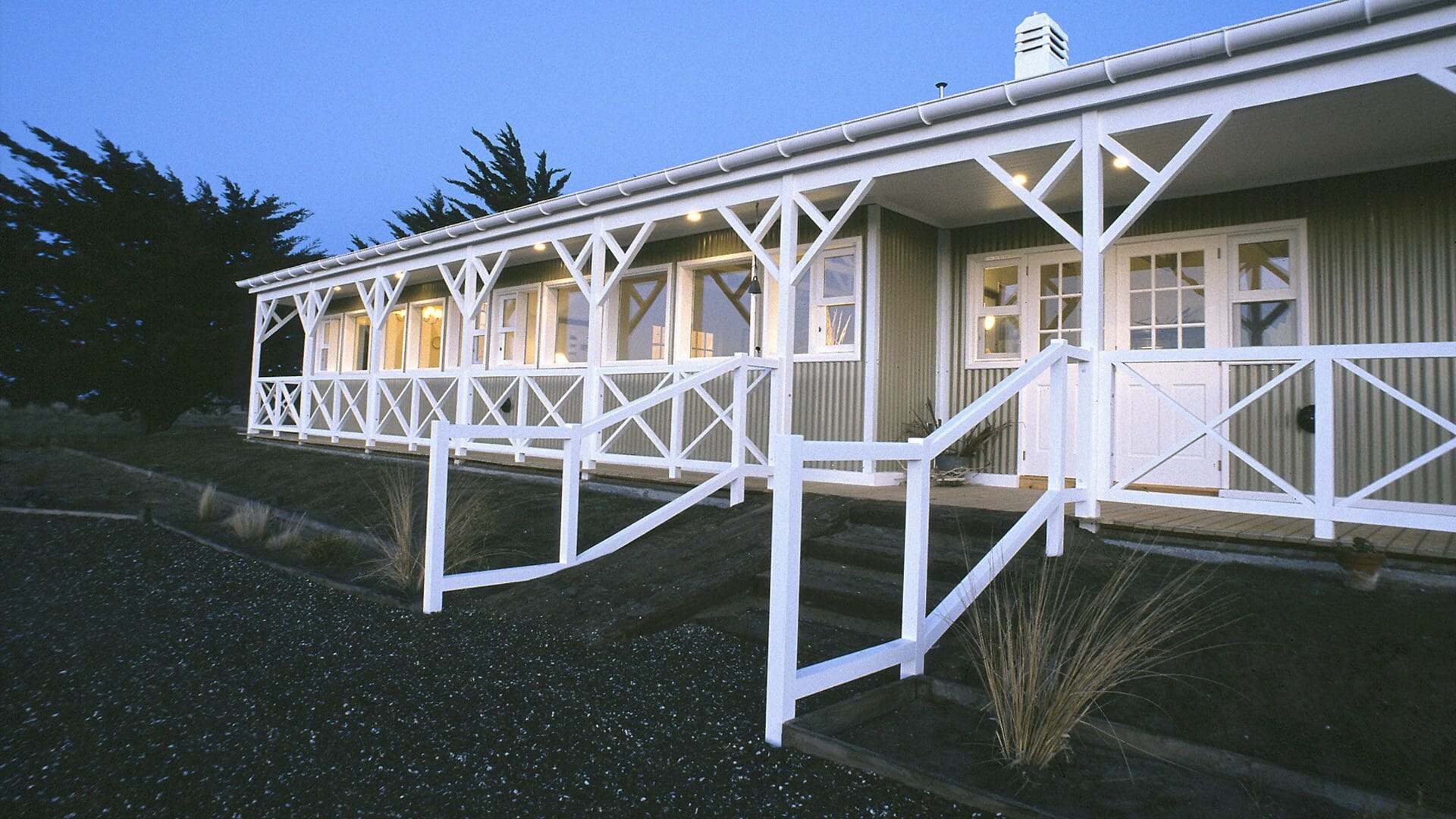 From its location in the heart of the Peninsula Valdes National park and boasting 10km of private Atlantic coastline, Estancia Rincon Chico, is a charming base from which to search for wildlife. The estancia has been with the same two families for four generations and as a working sheep ranch, offers an authentic introduction to Patagonia ranching. There are just eight comfortable en suite rooms, all with access to a cosy drawing-room and a dining room furnished in traditional ranch style where the daily menu features organic produce from the garden.

The estate has been with the same two families for five generations and, as a working thousands-strong sheep ranch, it offers an authentic introduction to Patagonian ranching.

Nestled in the heart of the Peninsula Valdes National Park and boasting six private miles of Atlantic coastline, Estancia Rincon Chico is an impressive base from which to search for its plethora of wildlife in your own company or with expert naturalist guides.

Head out to visit penguin colonies, hike on off-the-beaten-track wildlife trails in search of guanacos and rheas, or try your hand at mountain biking across the steppe. It is also possible to lend a hand with the sheep on the ranch, go walking along the inland dunes, or saddle up to ride the wild-looking horses along the coastline.

Whales can be seen between June and December, and every year thousands of elephant seals choose its beach to breed and rear their young.

One of the most well-respected properties in the peninsula, Estancia Rincon Chico has a considerable history in conservation work and more than 20 years’ contribution to scientific projects with a number of well-known international organisations such as National Geographic, BBC, Wildlife Conservation Society and the National Research Council of Argentina.

Its own non-profit foundation, Conservacion Peninsula Valdes, conducts and supports wildlife and conservation projects that focus on both marine and terrestrial species as well as archaeology and palaeontology.

The estancia has been described as “one of the best hotels in South America” by National Geographic and “the secret jewel of Atlantic Patagonia” by BBC Travel.

Estancia Rincon Chico is perched on the coast of the Patagonian Sea in Argentina’s remote Peninsula Valdes.