From driving the scenic road to Charlevoix to whale-watching in Toudoussac, this tailor-made self-drive itinerary between eastern cities begins and ends in the charming city of Montreal.

Encompassing opportunities to watch outdoor concerts, brunch on a train as it tracks through Mont-Orford National Park, or go quad biking in beautiful Mauricie, this highly-customisable route offers an insight into the colourful province of Quebec. 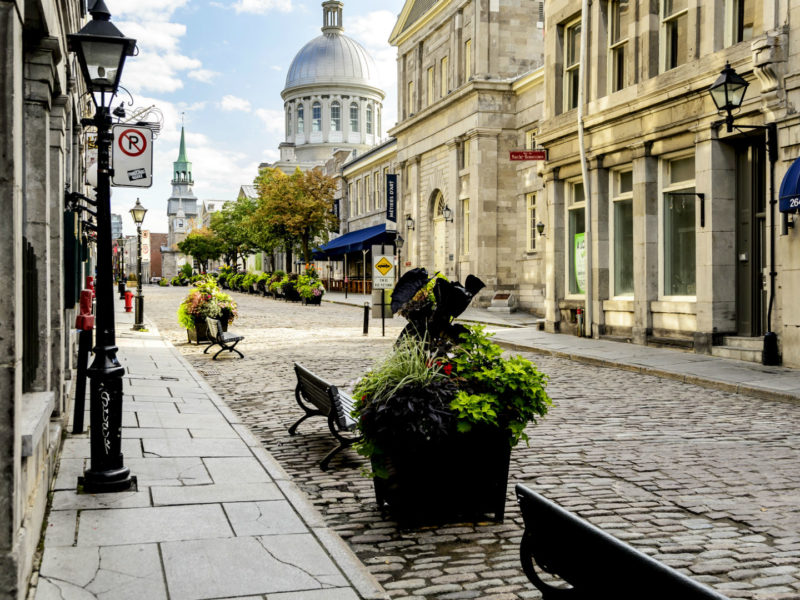 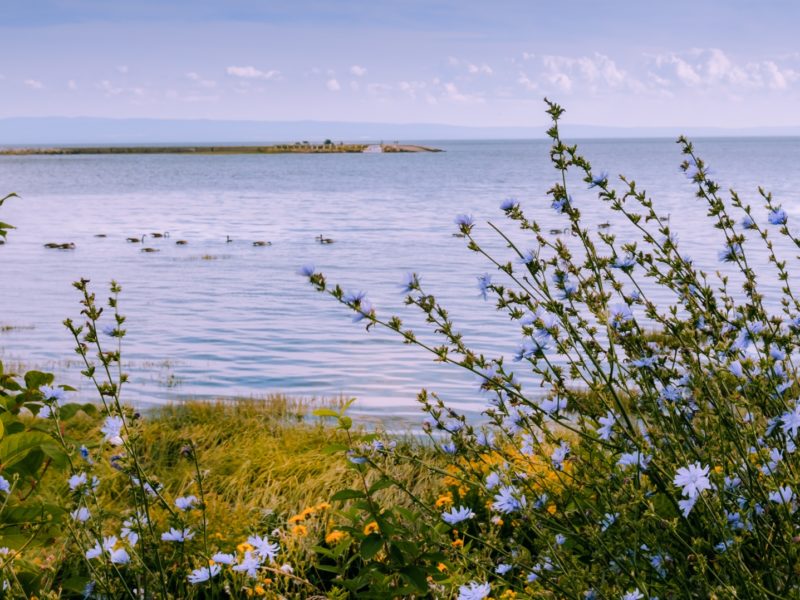 Stand on the shores of the St. Lawrence River and scout out its population of marine mammals. 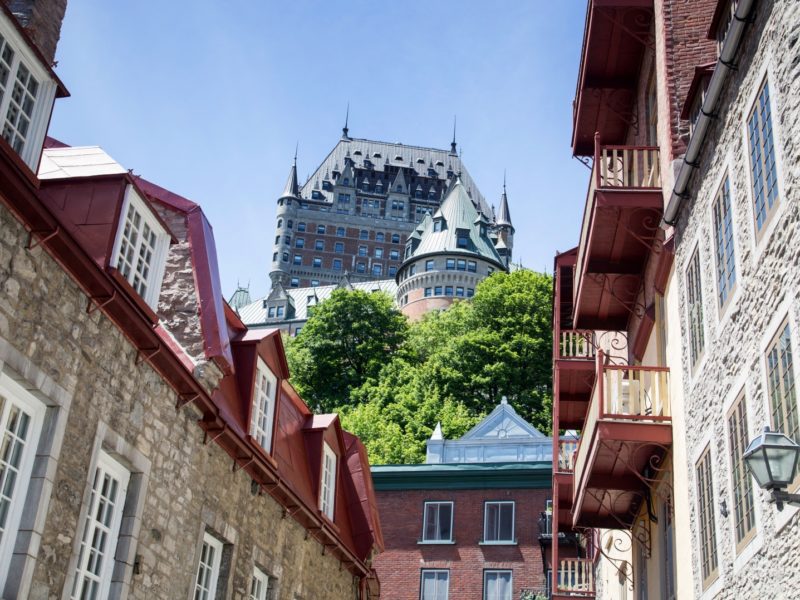 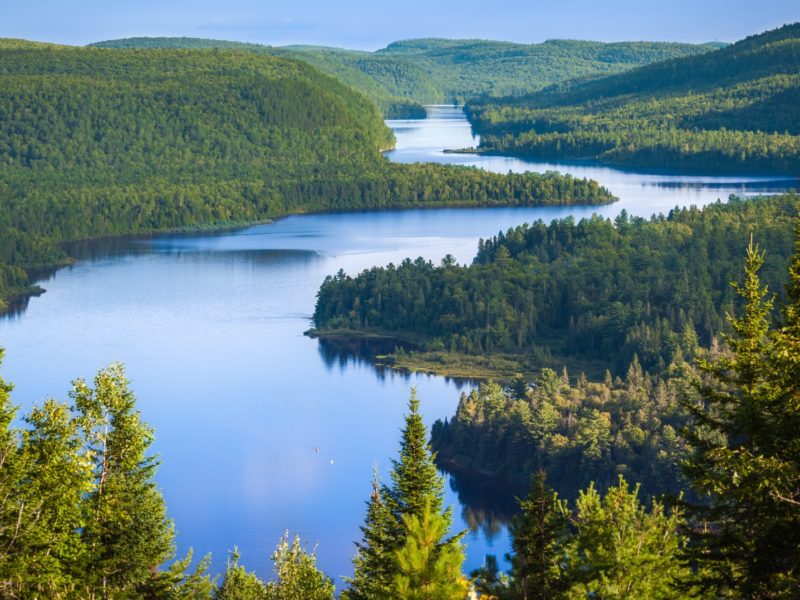 Journey to wildlife-rich La Mauricie National Park in the company of an expert naturalist.

Encompassing the grandiose landscapes and World Biosphere Reserves of the Route du Fleuve, the trendy bars and basilicas of colonial Quebec City, and panoramic views over the valley of Malbaie, this return journey from Montreal to Charlevoix and back again illuminates the incredible diversity of Canada’s colourful French-speaking province. With overnight stays in hand-picked accommodations that range from Relais & Chateaux hideaways to 19th century mansions, this trip makes it possible to go out in search of black bears in the company of expert trackers, savour mealtimes at a myriad of artisan eateries, and search for minke whales in one of the 30 most beautiful bays in the world.

Canada on your wishlist? Talk to our experts about tailoring this trip for you.

Journey to wildlife-rich La Mauricie National Park in the company of an expert naturalist.

Drive the scenic road to Charlevoix before journeying to the small but bustling village of Tadoussac.

Lunch on the Orford Express

Stay in a Relais & Chateaux property in the charming village of North Hatley in the Eastern Townships, a collection of little cities, towns and villages that are nestled in the Appalachian Mountains. Board the Orford Express, one of the nicest trains in Canada, and settle in to a restaurant coach car for a brunch of pastries, breakfast casseroles and crepes. Jaunt through the spectacular countrysides that connects Magog, Eastman and Sherbrooke, tucking into an exquisite meal while taking in sweeping views of the Eastern Townships.

Journey to the small but bustling village of Tadoussac in Cote-Nord in the hopes of glimpsing marine mammals in the St. Lawrence River. A rich feeding ground, these waters attract minke and blue whales that often come close to the riverside. Board a vessel for close encounters and some truly magnificent photo opportunities or, for a little extra, upgrade to the VIP deck to benefit from priority boarding, champagne, access to the Captain and a certified naturalist guide. On dry land, stroll through the village (one of the oldest in North America), and perhaps opt to dine on seasonal local fare and fall under the spell of the view of the majestic Saguenay Fjord before returning to Charlevoix.

In the company of an experienced black bear guide, travel through the wilderness in search of clues like gnawed trees and dens on an evening bear-viewing tour. After learning all about their lifestyle and habitat, settle in a cabin in the hopes of observing these great omnivores in their natural environment. While in La Mauricie National Park, it is also possible for us to arrange quad biking, hiking, canoeing or a cowboy experience in the magnificent grounds of Le Baluchon.

Soar between some of the most notable spots in eastern Canada by opting to travel by seaplanes, which effortlessly move between cities and wildernesses. Decidedly convenient and with a feeling of off the beaten track exclusivity, this option ensures total immersion in French-Canadian culture, while cutting down on precious travel time to allow for authentic explorations. For those interested in skipping transit time, seeing eastern Canada from above, or travelling in a group, it is worth the added extra. We have included a one-hour scenic flight by seaplane in La Mauricie National Park, which will provide views of immense forests and shimmering lakes, and a seaplane transfer from Quebec City to the Eastern Townships. If you wish to drive less and fly more, just let us know!

As the only AAA Five Diamond Hotel in all of the Quebec province, the indulgent five-star Ritz-Carlton Montreal is the most luxurious accommodation in this modern city. Its 129 rooms are sun-lit and sophisticated, ranging from signature garden-views chambers to huge city-view suites, and each features intuitive technology that recalls your preferences and anticipates your needs. A thriving gathering place for foodies with a penchant for epic feasts, fine dining and French culinary cuisine, the Ritz-Carlton Montreal counts a unique open kitchen, private dining rooms, a Dom Perignon Champagne Bar and a year-round greenhouse among its coveted culinary options.

Surrounded by remarkable landscapes composed of mountains, lakes and meadows, Manoir Hovey is a private 19th-century mansion turned 5-star Relais & Chateaux property. This is a place that champions the best of what Quebec has to offer – from charming hospitality to fresh local produce. With just 36 cosy and luxurious rooms and suites, the property maintains a feeling of lakeside tranquility and exclusivity year-round. All accommodations feature little luxuries like Nespresso coffee machines, dressing gowns, Frette towels and L’Occitane products, and most boast panoramic lake views.

A historic former museum turned boutique riverside Relais & Chateaux hotel, Auberge Saint-Antoine is a landmark property that exudes old-world charm and authentic hospitality. The property is comprised of 95 rooms and suites, each with their own unique story, including some with private terraces, deep-soaking bathtubs, heated floors, fireplaces and living rooms. Its in-house eatery is set within a historic maritime warehouse that dates back to 1822 and serves farmhouse-inspired French-Canadian cuisine. Meanwhile its renowned bar boasts an impressive cocktail menu and snuggly coves that are perfect for sampling local wines.

This Itinerary
Price
From £4,135 Per person 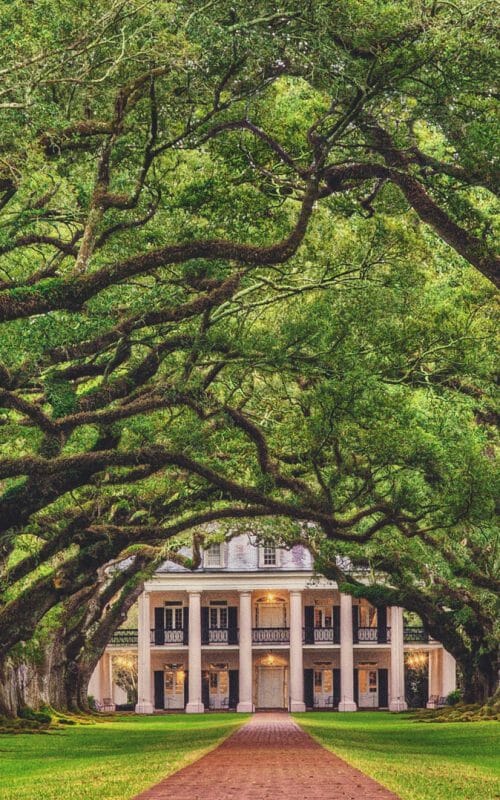 View Holiday Idea
Idea
Canada
Colours of Quebec
From driving the scenic road to Charlevoix to whale-watching in Toudoussac, this tailor-made self-drive itinerary between…
13 days from £4,135pp 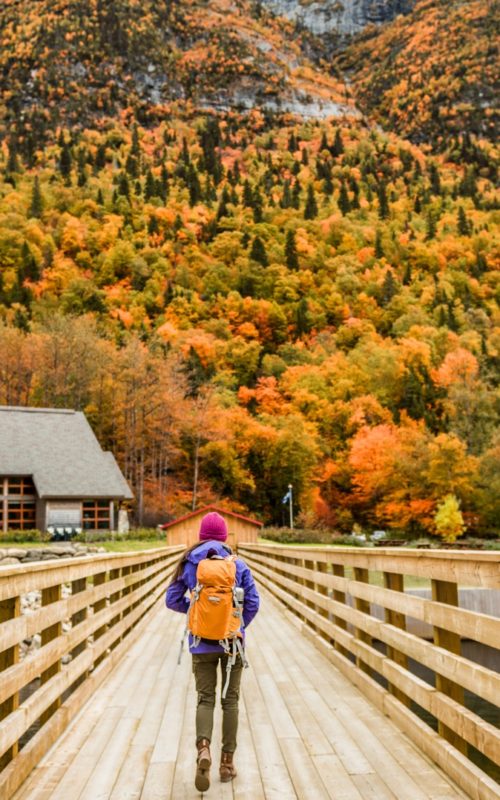 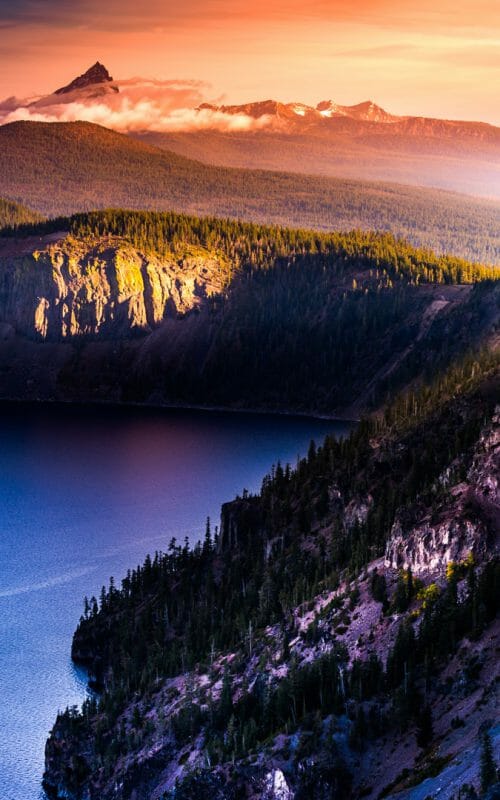 View Holiday Idea
Idea
USA
Cowboy Experience: Ranches of the USA
Unveiling some of the most visually stunning landscapes of the USA, our cowboy adventures go far…
10 days from £3,795pp 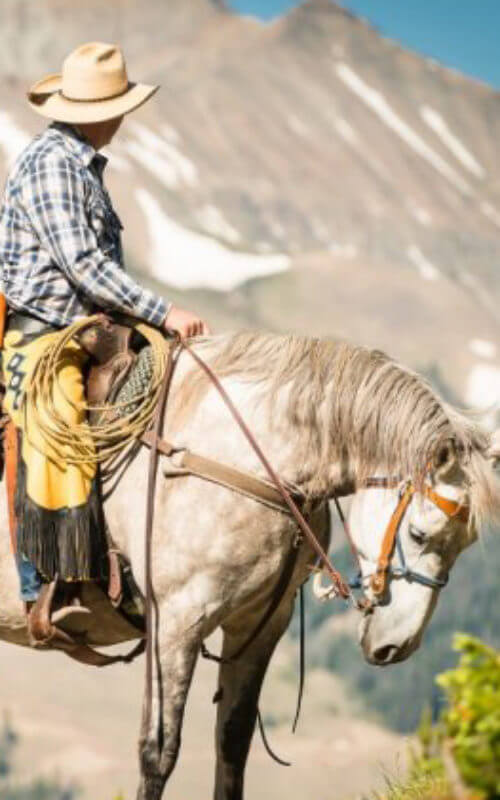 View Holiday Idea
Idea
Canada
Self-Drive Journey in Newfoundland
Buckle up for a leisurely self-drive journey around Newfoundland, renowned for its collection of diverse landscapes…
11 days from £2,860pp 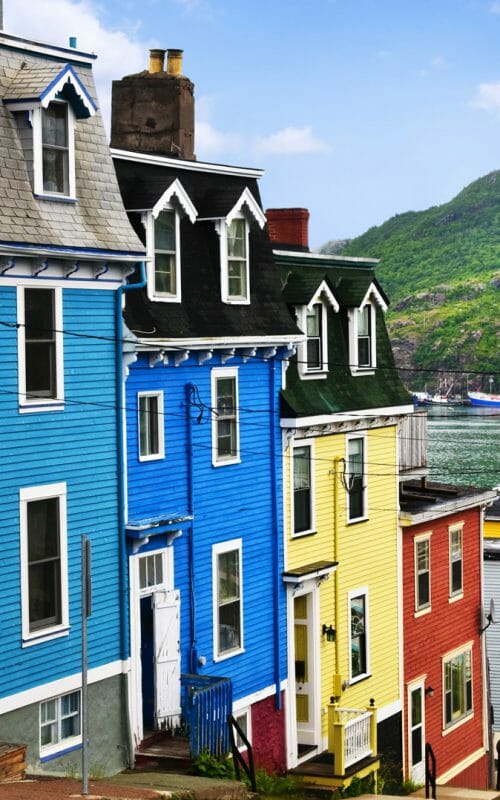 View Holiday Idea
Idea
USA
National Parks by Private Jet
Utilising a private jet to fly between arguably the most visually stunning national parks in the…
9 days from £14,435pp 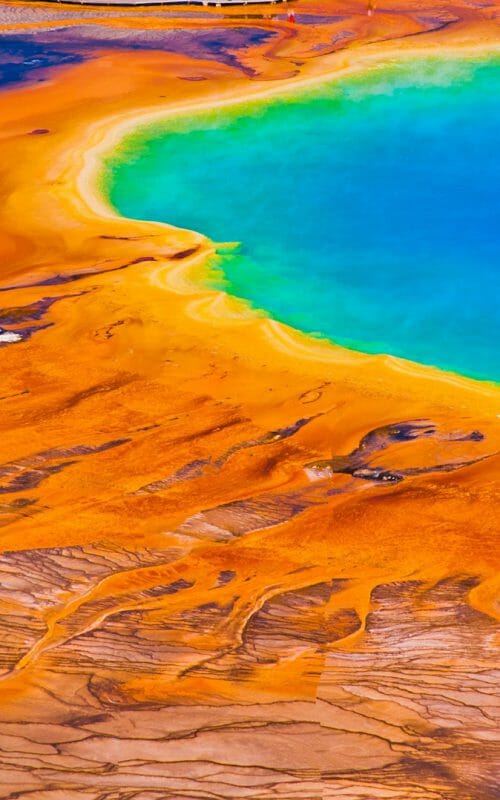 View Holiday Idea
Idea
Canada
Kayaking with Orcas from Vancouver Island
In a magical journey to the north-eastern tip of Vancouver Island, witness one of the most…
8 days from £2,415pp 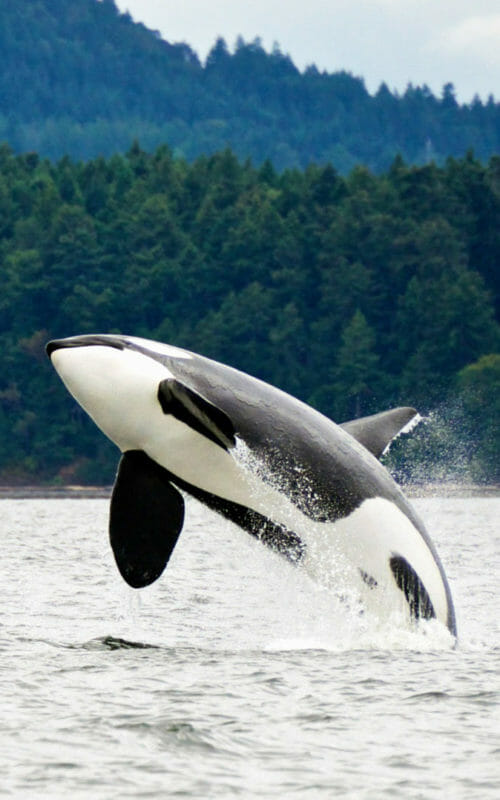 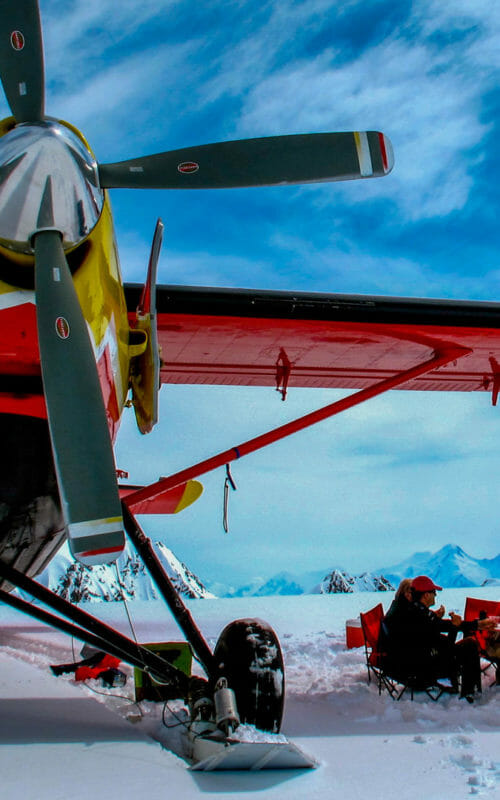 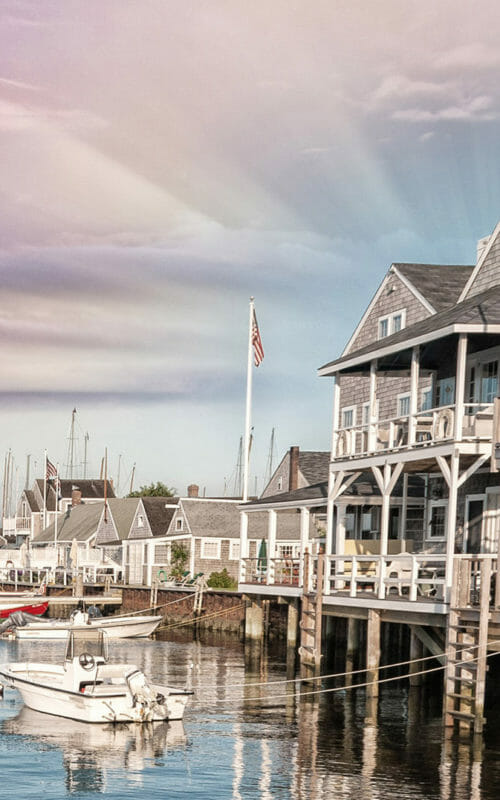 View Holiday Idea
Idea
USA
Sail the Hawaiian Islands
Sail on board a boutique 36-passenger yacht, passing through remote waters to the islands of Molokai,…
10 days from £4,850pp 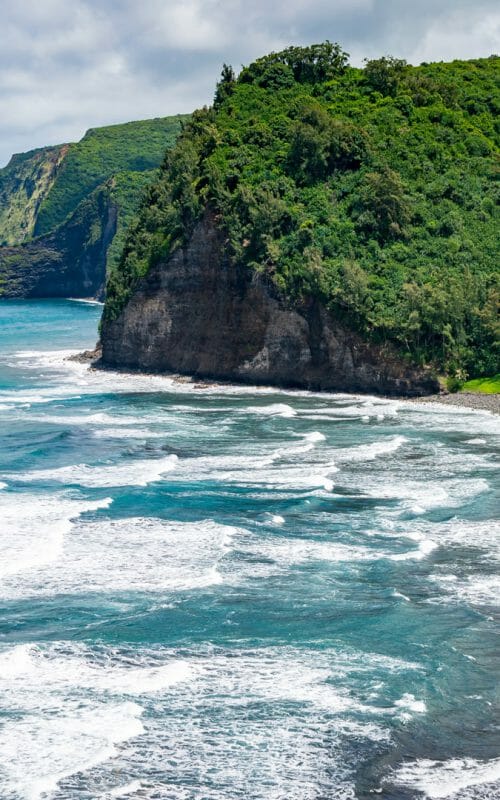