History of the Galapagos Islands

The creatures of the Galapagos are survivors of a distressed landscape, and remain virtually fearless and unaffected by visitors.

“One doesn’t get used to their hideous appearance; one is never entirely free of a sense of unease. Some say they look like guardians of Hell or condemned spirits or dragon spawn”.
Charles Darwin

The islands’ tumultuous volcanic history of scorched earth and fiery flows are evident the moment you arrive. Inhospitable, Uninhabitable and Tortured are the adjectives inspired by the lava-sea-scape. If, however, one takes a closer look, this seemingly Spartan landscape is, in fact, teeming with life. Camouflaged against the rocky floor, marine iguanas are piled high, the most gruesome and fearful looking of all the creatures.

On land you will find yourself sidestepping over hundreds of Darwin’s dragon spawn, as well as nesting blue-footed and red-footed boobies, sea lions, and scuttling Sally lightfoot crabs. Giant tortoises, flightless cormorants, waved albatrosses, marine and land iguanas roam in what Darwin described as a “living laboratory” of evolution.

The Islands are fortuitously positioned at the confluence of three distinct oceanic currents, creating a sea of contradictions, as well as one of the highest levels of marine endemism anywhere in the world: nearly one in four species is unique to the islands. In the Galapagos, expect the unexpected. Penguins swim through mangroves in the company of rainbow-coloured reef fish, while whale sharks and schools of hammerheads circle in the same waters as the Moorish idol.

Discovery of the Galapagos Islands

Although there is some evidence that the islands might have been visited earlier the first recorded visit was in March 1535, when Fray Tomas de Berlanga’s drifted off his course to Peru. The islands then started appearing on maps from about 1570.  However, the conditions were generally considered quite harsh and lacking in freshwater, so were rarely visited, except by the odd pirate looking to highjack Spanish sailors in the area.

Unfortunately for the giant tortoises, they drew the attention of James Colnett in 1793, who sealed many of their fates, suggesting whalers use the island as their base. Many tortoises were taken onto boats as a food source, as they could be easily kept alive with little fresh food or water. Fur seals were also a common target of the hunters and their numbers fell dramatically.

Charles Darwin and The Beagle

Charles Darwin set sail aboard HMS Beagle aged 22. He was had been studying at Christ’s College, Cambridge, where his professor John Henslow helped organised his place on the ship’s surveying voyage. The voyage set out in December 1831 and lasted five years, taking Darwin to Tenerife, Cape Verde, Patagonia, Brazil and of course the Galapagos Islands.

Darwin was certainly no expert naturalist when he left England, with only limited geology knowledge and a beetle collecting hobby. However, despite this, he set to work building his species collection and writing reams of notes, while constantly having to battle his seasickness on board the boat.

The basis for Darwin’s theory of natural selection was based upon the observation of the adapted species that existed on the Islands and are now known as “Darwin’s Finches”. These species have adapted to varying diets dependent upon the different vegetation on the islands and all stem from one single ancestor. Puerto Ayora, Santa Cruz is home to the Charles Darwin Research Station where researchers conduct scientific research and environmental education for Galapagos conservation.  The foundation was founded in 1959, under the auspices of UNESCO and IUCN, the International Union for Conservation of Nature and Natural Resources.

Visit the Charles Darwin Research Centre to learn about the biology, ecology and conservation of the archipelago.

In the company of an expert naturalist guide and a professional crew, privately charter a vessel to explore the islands with family or friends for a feeling of complete exclusivity.

Stroll down red or white sand beaches, stopping to sit next to slumbering sea lions and watch penguins frolic in the turquoise surf.

Kayak in the Ocean

Move around the bays, stopping to watch sea lions and turtles, while kayaking over the tranquil water.

Don flippers and jump in the water to swim with playful sea lions, curious penguins and resting whitetip reef shark. 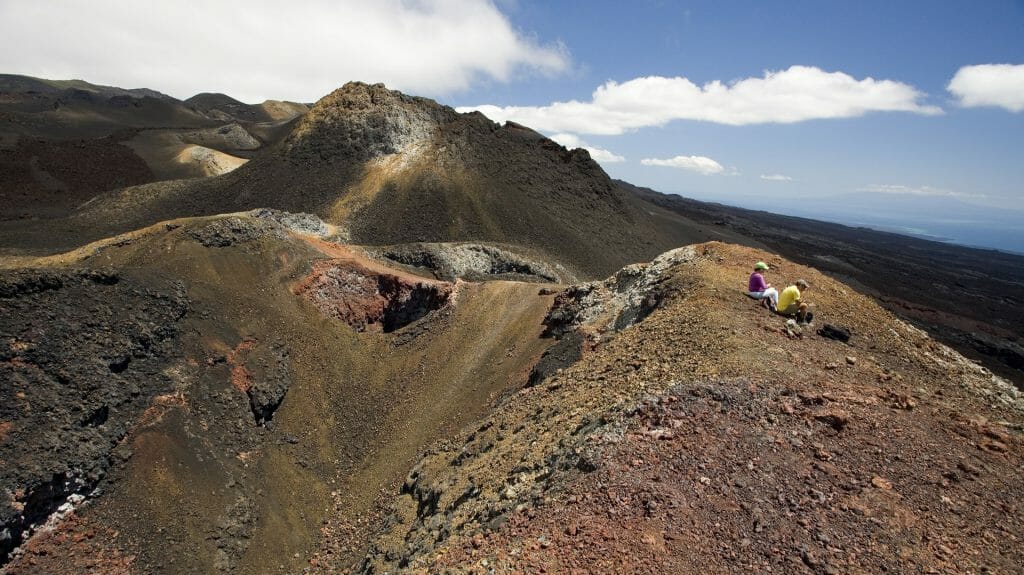 Walk (and crawl) through giant hollow lava tunnels, long tubes left behind by the liquid magma that formed these islands.

Indulge in fresh and tasty meals served al fresco, perhaps washed down with a chilled glass of white wine, while the boat sails past dramatic coastlines.

Travel around the islands, totting up the impressive list of species spotted during a single day, from land iguanas and sea lions to blue footed boobies and sunfish.

Instead of (or in addition to) cruising, stay on one of the archipelago’s four inhabited islands for a slower paced experience and more interaction with the locals. 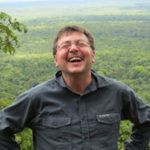 Half of the appeal of the Galapagos Islands is underwater, and a few minutes in the company of a five-metre manta ray off the coast of Isabela Island remains one of John’s most vivid memories of this incredible archipelago. 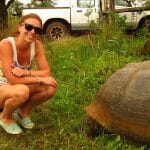 Wildlife is Roxy’s passion, so where better to immerse than in Darwin’s land? Having stepped on all but one of the islands in the archipelago and having personally visited our hand-picked selection of hotels and boats, there is little she does not know about the Galapagos Islands. 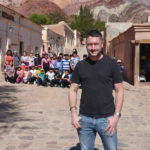 The moment a blue footed booby makes its dive and plunges like a dart into the water is special, but to see hundreds do this at once was a breath-taking experience that Paul was not prepared for.

The Galapagos archipelago is made up of 19 main islands, which includes the largest Isabela and most populated Santa Cruz, three small…

Wildlife on the Galapagos Islands

Explore natural selection in action on the Galapagos Islands. The wildlife both on land and in the water are unique highly-adapted species,…