At the height of its prosperity, the evocative and infamous city of Samarkand was one of the most fabled cities on the Silk Road.

Samarkand has managed to fire the imagination of travellers over the centuries, it has the mythical resonance of Atlantis, fixed in the Western popular imagination by poets and playwrights of bygone eras, few of whom saw the city in the flesh.

From the air, the city is an array of colours and patterns created from the many domes and minarets. When exploring the city itself travellers will find the magnificent tomb of Tamerlane, the observatory of Uleg Bek, one of the world’s first astronomers, and Shah-I-Zinda, the street of tombs. Along with the traditional central Asian delight of technicolour bazaars, which are able to work magic on those who wish to delve deeper. At its centre, Registan Square, flanked by three huge buildings of great dimensions, is the greatest architectural ensemble in Central Asia which today is the unlikely and yet perfect setting for theatre and shows. 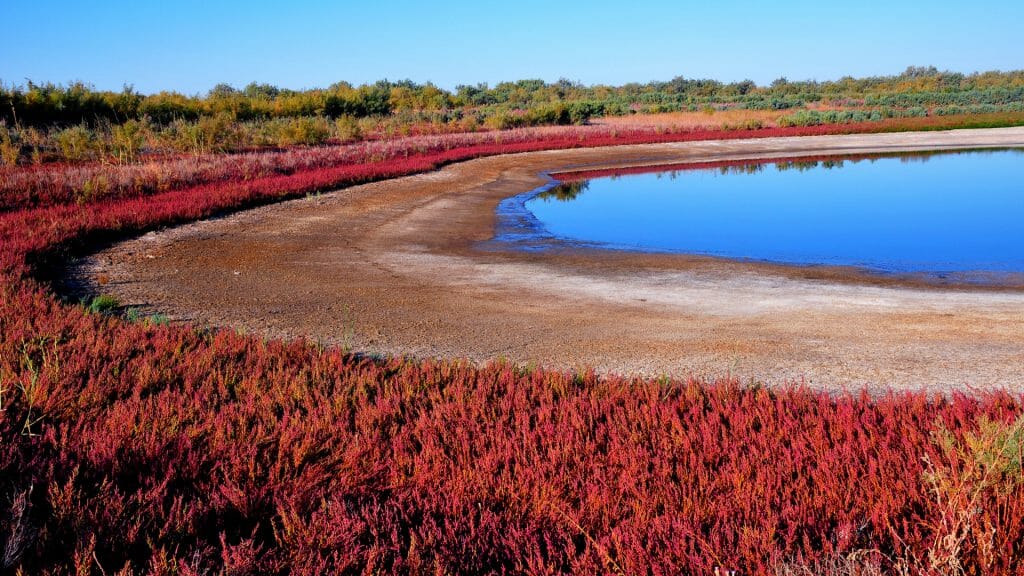 Visit Aydarkul Lake in the Kyzylkum Desert – camp out in yurts and ride a camel. 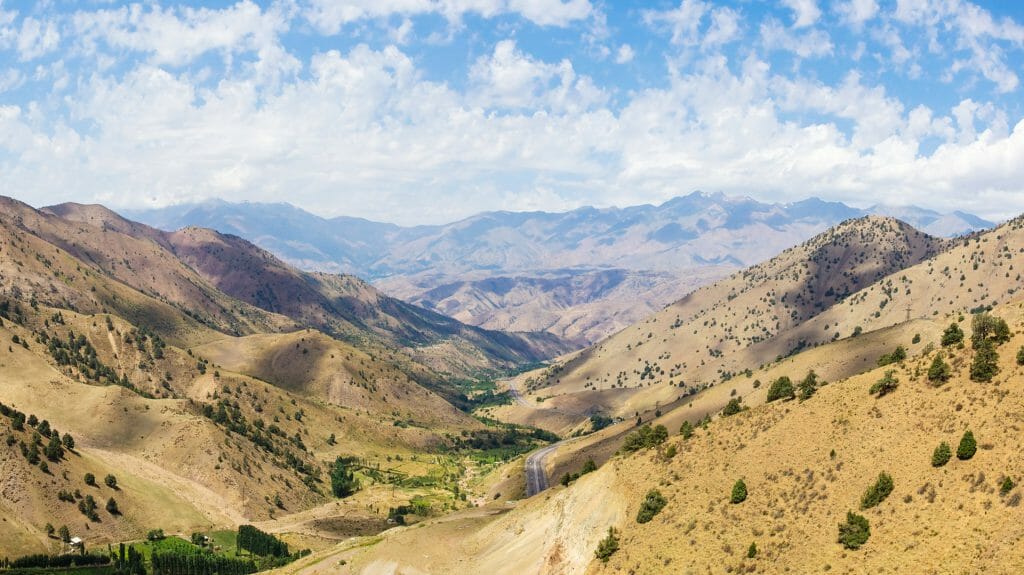 Visit the fertile silk producing region of the Fergana Valley.

Stroll through the atmospheric streets of Bukhara, home to bazaars, minarets and madrasas.

Explore the UNESCO city of Khiva, possibly the best preserved of all the Silk Road cities. 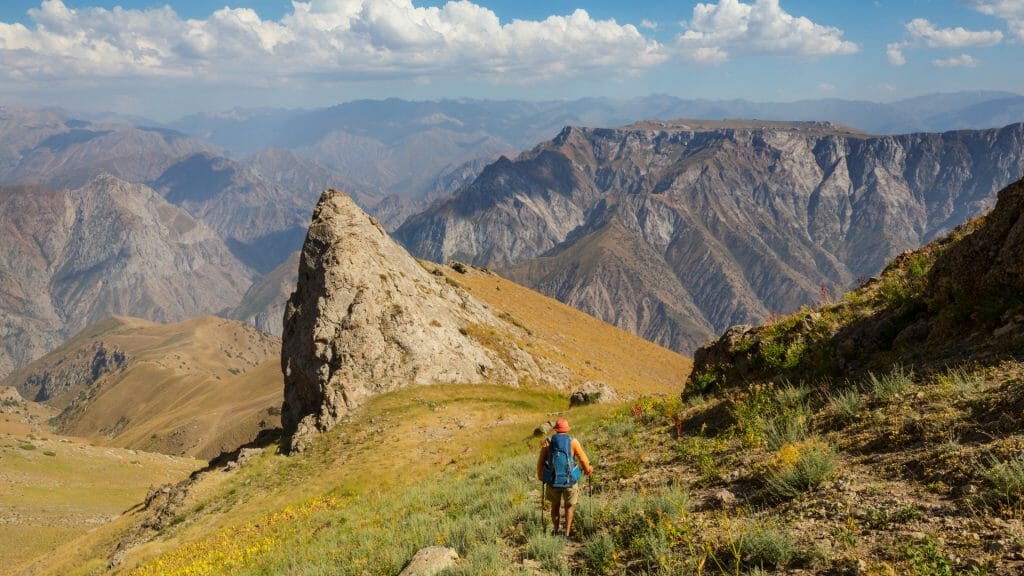 Hike in the Chimgan Mountains

Embark on a day trek or a more challenging multi day hike in the Chimgan Mountains.

Wander around Samarkand exploring the restored madrasas flanking the edges of Registan Square, a UNESCO World Heritage Site and one of the countries most iconic images.

View Holiday Idea
Idea
Russia
Golden Eagle – The Silk Route by Train
For centuries the domain of adventurers and merchants trading their wares, the ancient Silk Route covers some 4,000 miles. Board the luxurious Golden Eagle train and cross four countries, following in the footsteps of Alexander the Great on a journey from Kazakhstan…
13 days from £16,095pp 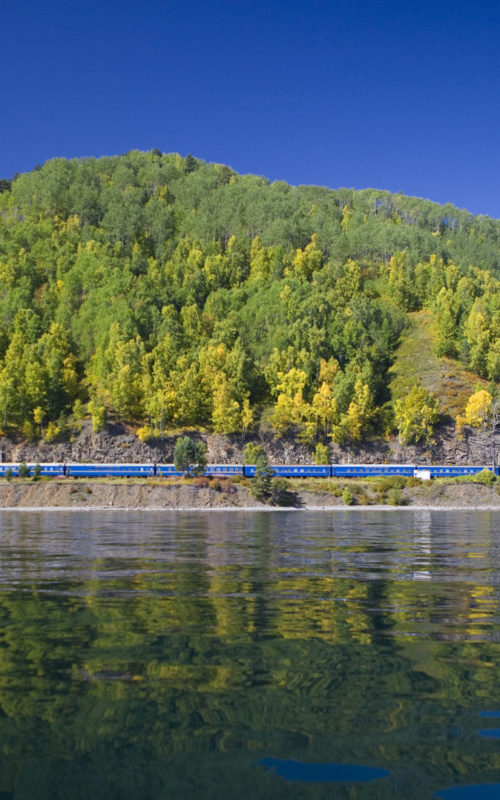 Our Uzbekistan experts have created and curated these holiday ideas to get you started. Take the time to search through them and find something to spark ideas for a unique adventure.

Idea
Uzbekistan
Highlights of Uzbekistan
This comprehensive holiday to Uzbekistan takes in the silk road cities of Tashkent, Samarkand, Bukhara and Khiva.
10 days from £1,725pp

View Holiday Idea
Idea
Russia
Golden Eagle – The Silk Route by Train
For centuries the domain of adventurers and merchants trading their wares, the ancient Silk Route covers some 4,000 miles. Board the luxurious Golden Eagle train and cross four countries, following in the footsteps of Alexander the Great on a journey…
13 days from £16,095pp

Very efficient, knowledgeable and personal service from Paul. The whole holiday exceeded my expectations and the guides were soviet style superb.

Very satisfied with all aspects of Steppes service and especially pleased with our guide whose deep knowledge of the country gave us a far better trip than we had even expected. We were inspired to keep learning more, both during the trip and afterwards.

Deborah, our main contact was quick to respond and thoughtful. We requested a guide who was excellent in the history and lore of the region and she secured us the best guide we have ever encountered. Great team, great trip!

Other regions to explore in Uzbekistan

Today the atmosphere of a Silk Road city is once again returning to Bukhara. Narrow alleyways, sectioned by dark imposing heavy carved…

Originally built as a garrison town to house slaves in transit, Khiva, which is also known as Xiva by Uzbeks, was a…