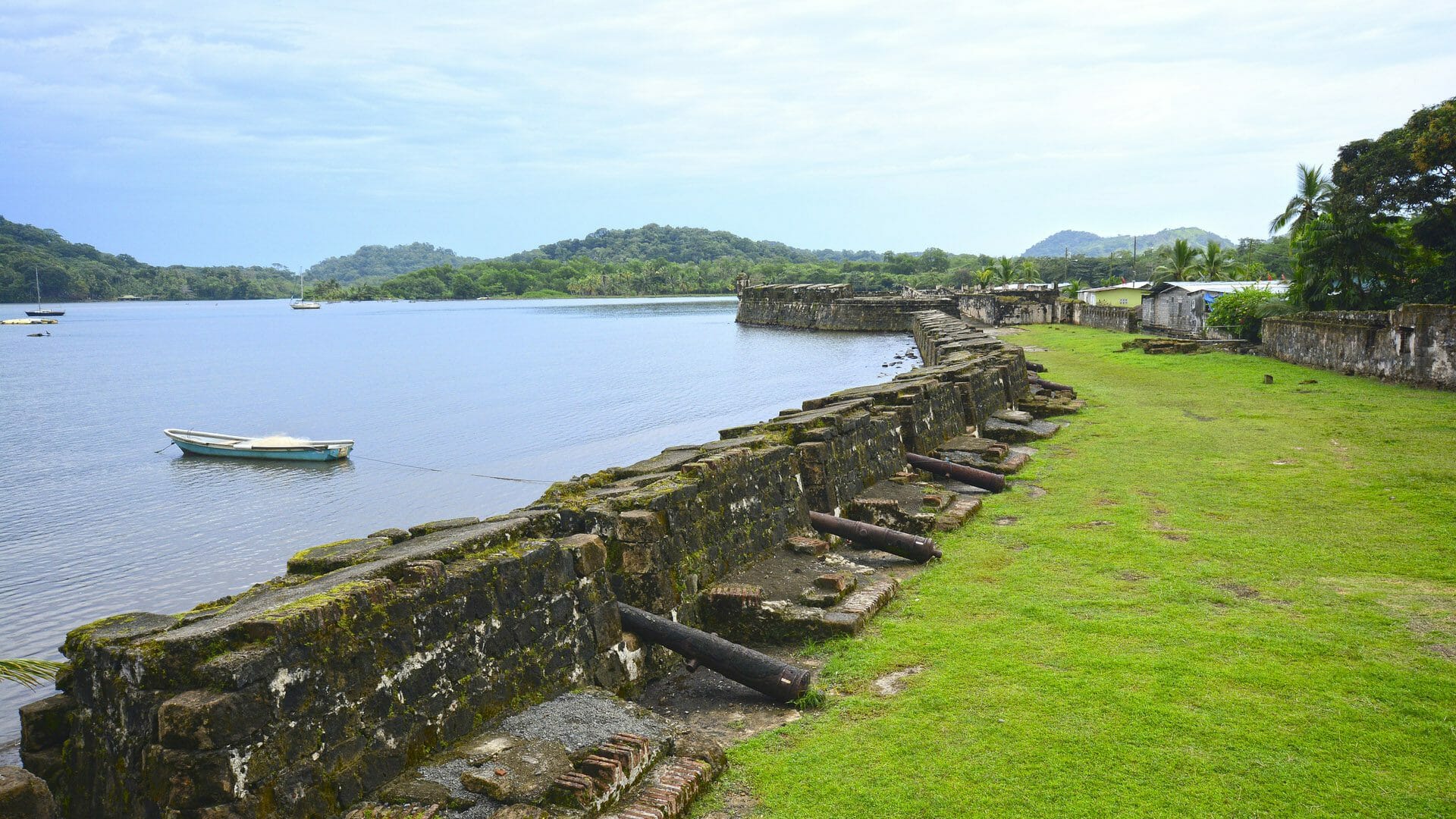 The province of Colon is home to Panama’s Afro-Caribbean culture and a rugged coastline once the object of many a pirate assault.

Explore the rich culture and UNESCO sites such as the forts of San Lorenzo and Portobelo. Inland on the Chagres River, Embera indigenous communities reside and welcome visitors to experience their customs and traditions.

Located on Panama’s Caribbean coast the province of Colon neighbours the autonomous state San Blas to the East and Cocle and Veraguas to the South West. Its capital, Colón has long been associated with cruise ships and most famously, known for the Duty-Free Trading Zone.

The historical bay of Portobelo is home to a delightful old port town and the better accommodation in this region. Once the most important American port during the colonial times, Portobelo saw all of South America’s wealth that left its shores. A major defence system was built to protect the trade and the fortifications are still evident today and have been declared a UNESCO World Heritage site. Portobelo also has a national park of some 86,000 acres, a fifth of which are marine areas thus protecting both the reef and forest communities.

San Lorenzo Fort is another outstanding example of colonial military architecture in the area which guarded the mouth of the Chagres River; a key trading route between Europe and the Americas and link between the two oceans. Conquered by Henry Morgan 1668 and again in 1739 by Admiral Vernon, the fortress was rebuilt three times and used as a prison. It is a fascinating site to explore.

Take a dugout canoe past pristine rainforest to visit an indigenous Embera community.

Travel to Colón by train; the railway runs parallel to the Panama Canal.

Include a visit to Customs and Booking-Keeping House dedicated to the story of slave trading in Panama.

Take a boat tour of Gatun Lake, a protected area of the Panama Canal, rich in wildlife.

Discover more experiences
Idea
Panama
Private Sailing in the Guna Yala
Travel around Panama‘s little-visited territories, utilising trains and private charter boats to reach the swashbuckling historic city of Portobelo and the paradisaical Guna Yala Archipelago. With the opportunity to see the Panama Canal and sail its…
10 days from £3,600pp 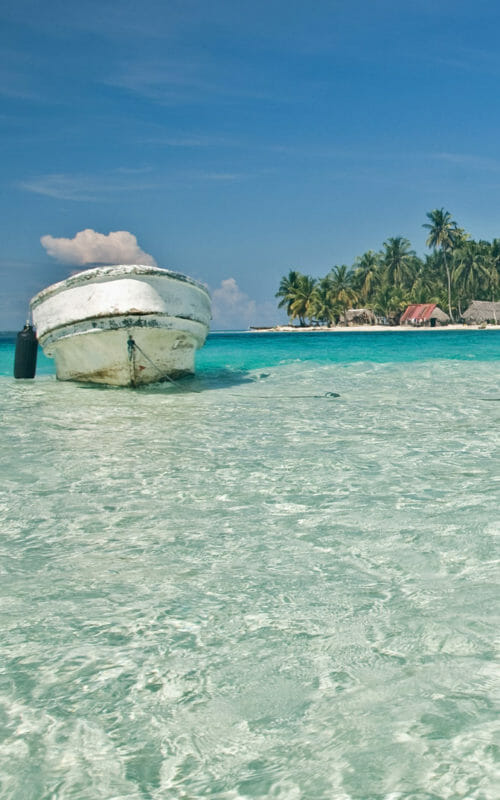 View Cruise
Idea
Panama
Animals of the Canopy
In a remarkable journey through the forests and wetlands of Gamboa and the volcanic crater of El Valle de Anton, scout for a plethora of birds and curious mammal species from the vantage points of high…
10 days from £2,200pp 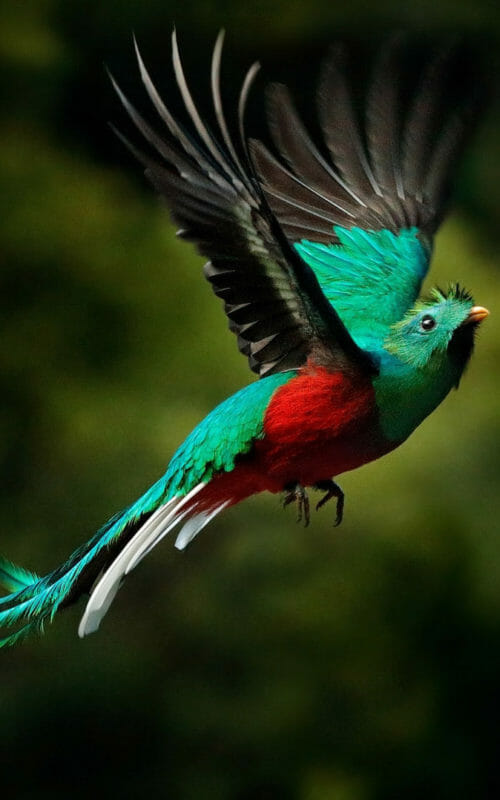 View Holiday Idea
Idea
Panama
Panama Canal Between the Seas
Utilising a nimble 24-passenger catamaran to travel between the Pacific and Atlantic oceans via the Panama Canal, this beyond the ordinary cruise offers an in-depth insight to the waterway, its endemic wildlife and traditional cultures. When…
7 days from £5,800pp

Our Panama experts have created and curated these holiday ideas to get you started. Take the time to search through them and find something to spark ideas for a unique adventure.

View Cruise
Idea
Panama
Animals of the Canopy
In a remarkable journey through the forests and wetlands of Gamboa and the volcanic crater of…
10 days from £2,200pp

View Holiday Idea
Idea
Panama
Panama Canal Between the Seas
Utilising a nimble 24-passenger catamaran to travel between the Pacific and Atlantic oceans via the Panama…
7 days from £5,800pp

One of John’s favourite spots is the viewing platform at the Miraflores Locks, where he has spent many happy (read “geeky”) hours being mesmerised by the machinations of the canal’s lock gate process.

This eastern region of Panama is the least populated and wildest part of the country. 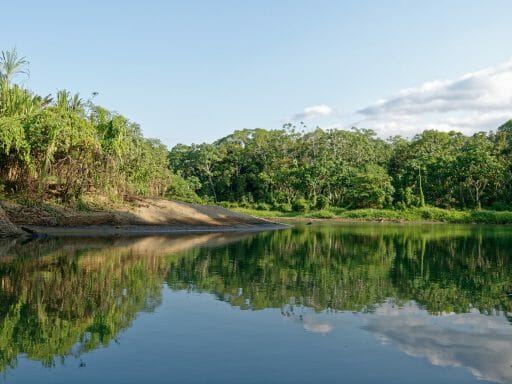 A wonderful Caribbean vibe and for those with an interest beneath the water, the snorkelling and diving.

While the Kuna Yala territory also includes a strip of Panama’s coastline, the majority of Kuna people inhabit just 45 of the… 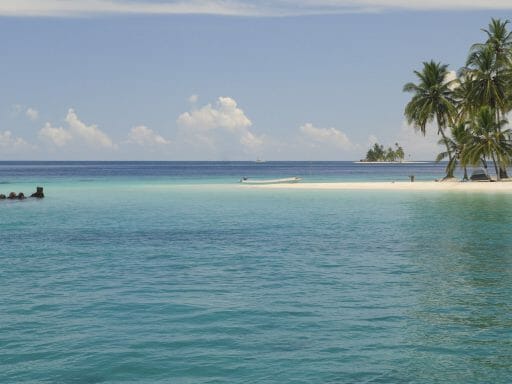 Soaring skyscrapers and a thriving banking district demonstrate the new era as they sparkle next to the remainders of Panama Viejo. 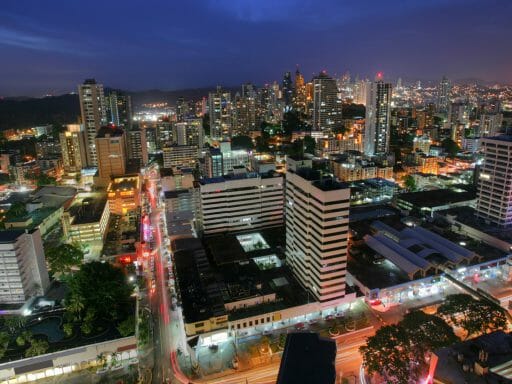 A magical place for a weekend away from Panama's lowland heat or for those keen on the outdoors, ornithology and photography. 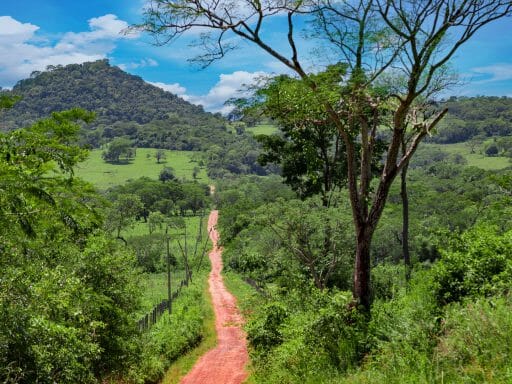