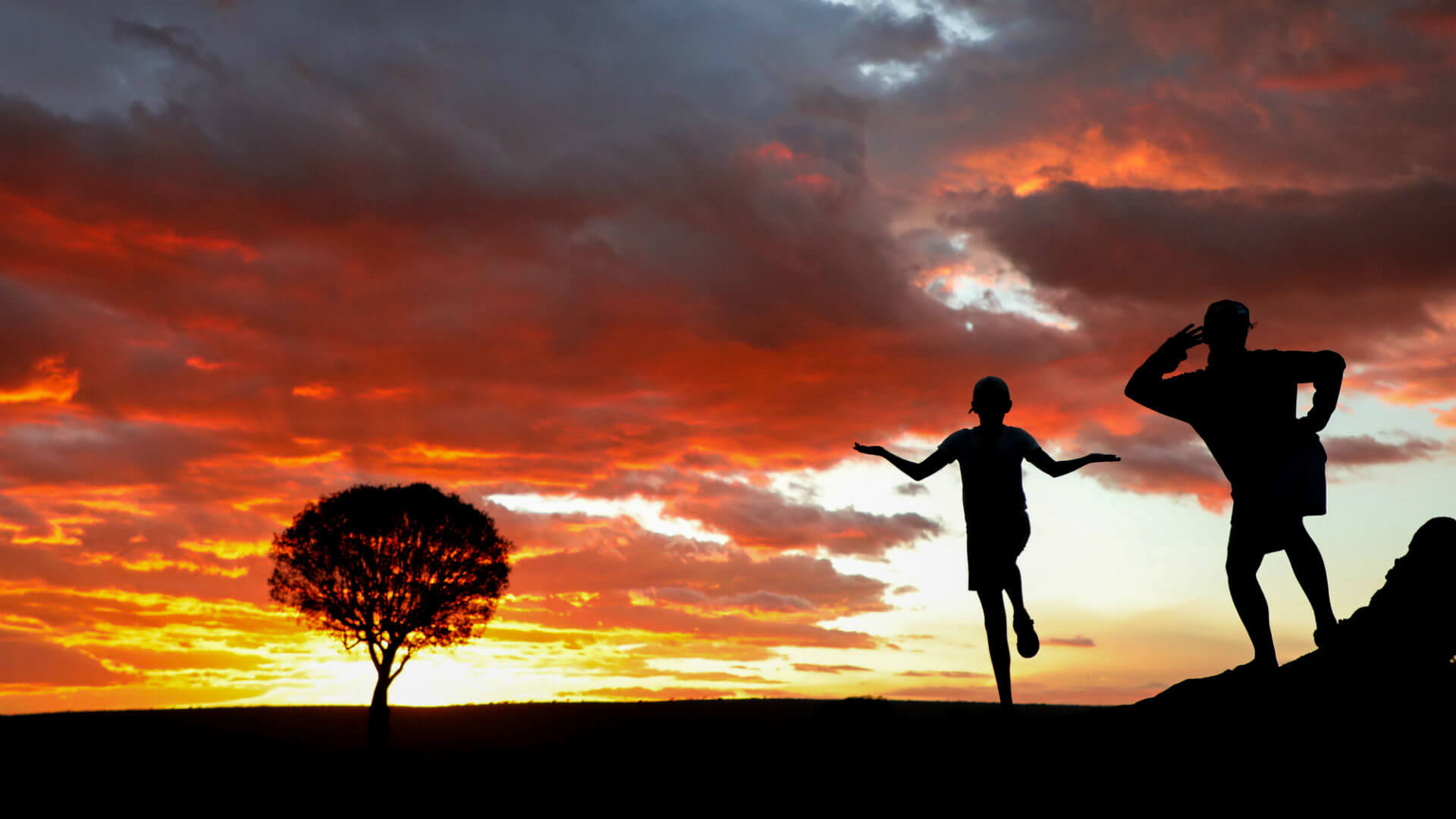 Kenya: Red in Tooth and Claw

It takes the honesty of a 13-year-old boy to articulate what most of us want from a safari. I’m with family and friends staying at Kicheche Mara Camp and I am here to see Africa at its most visceral and raw.

We don’t have to wait long. We have been in the Mara less than 20 minutes and we come across a martial eagle, stood in the open, with a monitor lizard clenched in her enormous talons.

“The martial eagle has a special, razor-sharp talon that it uses to puncture its prey by driving it into the animal’s body at lightning speed. There is no chance the lizard will have survived.”

George looks impressed with my knowledge, but this is short-lived as the monitor wriggles its tail and opens its mouth to exhale its final breath. David, our guide, gives me a look that says, ‘leave the guiding to me’. Meanwhile, the eagle uses her giant beak to penetrate an area of thin skin in the lizard’s armpit to deliver a lethal blow. The lizard’s mouth closes, and the eagle effortlessly tears strips of skin and flesh from the arm of the lizard. The dark-red blood at the end of the eagle’s monstrous beak is in stark contrast to the brilliant yellow of her eyes. George looks captivated and appalled in equal measure.

The next morning, George declares a desire to see jackals. Jackals spend their lives in a permanent state of curiosity and before long, we spot a pair sniffing, scratching, running and jumping across the plains. Their already-heightened senses are piqued by the sight of a topi with a very young fawn – breakfast. Our guide David, an amiable and understated Maasai, explains to us how the hunt will likely unfurl.

“They will keep the fawn running until she can barely move from exhaustion,” he explains. “One of the jackals will distract the mother while the other jackal will target the fawn.”

A deadly game of chase plays out in front of us, just as David explained it would. George is fascinated but there is a growing look of concern on his face. I sense his desire to witness a kill is beginning to wane.

“How will the jackals kill the fawn?” he asks.

David’s kind face takes on the look of a worried parent, torn between a desire to tell the truth and wanting to protect innocence.

“They eat the poor thing alive,” he says quietly.

The jackals’ collective guile and stamina are proving more than a match for the maternal instinct of the topi. No sooner has the frantic mother chased off one jackal, then the other jackal takes on the role of aggressor and needs to be repelled. It is cruel, compelling and lethally effective. Or at least it would have been, if it were not for another topi from a nearby herd that, in an act of selflessness and nerve, charges into the fray. With numbers now even, the jackals’ threat is immediately neutered and the superior size of the topis comes into effect. The chasers become the chased, and to my surprise, George is high-fiving David as the jackals are chased off and the topi fawn lives to fight another day.

“The jackals are bullies, they deserved to lose,” says George.

“But don’t they also deserve to have food in their bellies?” I reply.

Africa is full of paradoxes and contradictions. Peel off the top layer and underneath there are many more that give depth and complexity, beyond the immediate comprehension of a 13-year-old boy and his dad. Later that morning, we encounter a mother cheetah who, remarkably, is accompanied by six hungry cubs. It is clear she needs to hunt with six ravenous mouths to feed but makes several unsuccessful attempts. The consequences of her failure are stark – her cubs will starve if they do not eat. George is right behind every attempt the cheetah makes to kill the gazelles she is hunting and scolds her whenever she fails.

A safari is a window into a brutal world where all that matters is survival. It is also a window into our own distant past, when we were also food for the predators. We roamed the open plains, as vulnerable as any topi fawn and lived in fear of the night when big cats and other carnivores came looking for prey. So fast-forward thousands of years to a point in time when we are sat in the safety of a safari vehicle, watching an unfortunate zebra fall prey to a pride of lions, the experience invokes a vestigial feeling of relief that we are not the animal that has ended up as lion-food today.

The survival instinct is still strong in us all, but in George, his desire to see a kill and to feel the relief at not being the one chased by hungry jackals, is superseded by the very human emotions of compassion and empathy. The same emotions, that paradoxically lead him to cheer on the cheetah when she is hunting gazelle for her hungry family.

The mother cheetah gives up on the hunt and settles down with her cubs to take refuge from the sun under an acacia tree.

“Are you ready for breakfast, George?” asks David.

“Only as long as we don’t have to kill it first,” he replies with a grin.

Kicheche Mara Camp is a tried, tested and loved classic bush camp in the award-winning Mara North Conservancy – one of the best wildlife viewing spots in the Mara. The 8 canvas rooms overlook the Olare Orok stream and the western escarpment in the distance, with the camp sitting in the aptly named Acacia Valley.

You created an amazing adventure for me!

Chris J and `the team` were absolutely first class in every direction.