Popular Destinations
See our full list of destinations
Tailor-made & Group Tour Holidays
See all of our Holiday Ideas
About
Travelling Safely
Our Content
When to Go
Best time to visit
Our People
Home Blog Wild Guyana!

WILD? THEY WERE ABSOLUTELY LIVID !!!

“Let’s carry on along the trail to see what else they throw at us”. Kenneth, our Amerindian Makushi guide is highly excited at our close encounter with three Black Spider Monkeys. The forest canopy 50 feet above us is thrashing about like broccoli in a blender as our furry friends rampage through the treetops gathering ammunition to send our way. A steady trickle of leaves is followed by a hail of twigs and then the ominous cracking and popping of splintering wood announce the arrival of the big guns. Branches as thick and long as an adult anaconda with indigestion crash down either side of the track. We scarper and the Spider monkeys swing off triumphantly to plan their next campaign. They have been known to also fling their faeces and so we considered ourselves lucky this time.

This is Surama, where the dark depths of pristine tropical rainforest yield to the light expanse of Guyana’s Rupununi Savannah. We emerge from our sub-canopy adventure blinking at this bright new world, having spent a thrilling few days skimming in skiffs along rivers where the water level rises between 20 and 30 feet twice a year. Ox-bow lakes are formed, 16,000-year-old petroglyphs are submerged and revealed, cataracts become oily rivers and the wildlife is well and truly wild. This is not an easy place to get to, involving a tree-top skimming flight and bum-bruising drives in the back of an open-sided old Bedford truck along the muddy and pitted track that links Georgetown in the north with the Brazilian border crossing in the South. However, the inaccessibility preserves a magical natural world and the effort one puts into getting here is highly rewarded.

Days are spent hiking through the twilight world under the canopy to hilltop lookout points that afford astonishing views across a sea of trees. Senses are assaulted by a barrage of sounds, sights and smells. Footsteps are carefully planned to avoid stepping on snakes and hours drift away in the study of Bullet Ants, Poison Dart Frogs, agoutis, Golden Orb Spiders and Kinkajous, to name just a few of the locals. My current favourite bird is the Screaming Piah, a small and fairly plain bird but with a haunting call that echoes through the forest.

Most of my fellow travellers are fully-fledged birders and are never to be seen without binoculars and huge zoom lenses that Freud would have a lot to say about.

I enjoy a little bird watching but am now in danger of becoming a paid-up member of the fraternity following the most extraordinary few hours spent staring at and snapping birdlife around the Atta Lodge Hanging Canopy Top Bridges and Platforms. Guides Leon and John are relentless in their ability to spot, name and describe our feathery, rainbow-plumed subjects. In fact, Leon has just scooped Guyana’s top guide award. Urgent whispers and scope training within the cathedral of the rainforest canopy are replaced with a raucous evening of beer, rum and delicious local dishes as we dine family style that night and compare our bird tallies and lenses. There is palpable envy in the air as Leon shows us the video footage from their camera traps of Pumas and Jaguars and the most extraordinary personal photos from a recent half-hour encounter with two Jaguars on the main highway. These are creatures that have thus far eluded us. You don’t come here expecting a sighting but you cling to the slim hope that you might just get lucky.

The birdlife has been great but the icing on the cake was a stop at a spot that our guide knew which has been used as a nesting ground for the Guiana Cock of the Rock. Lo and behold, we were treated to half an hour of this strikingly orange coloured bird with its perfect semi-circle Combe showing off its psychedelic plumage in a private audience in Guyana’s back of beyond.

You may have to endure a little discomfort to get here but the highs are worth every sweaty second of the journey. Bring on the insanely colourful birds and attacking monkeys! I’m ready for round two. 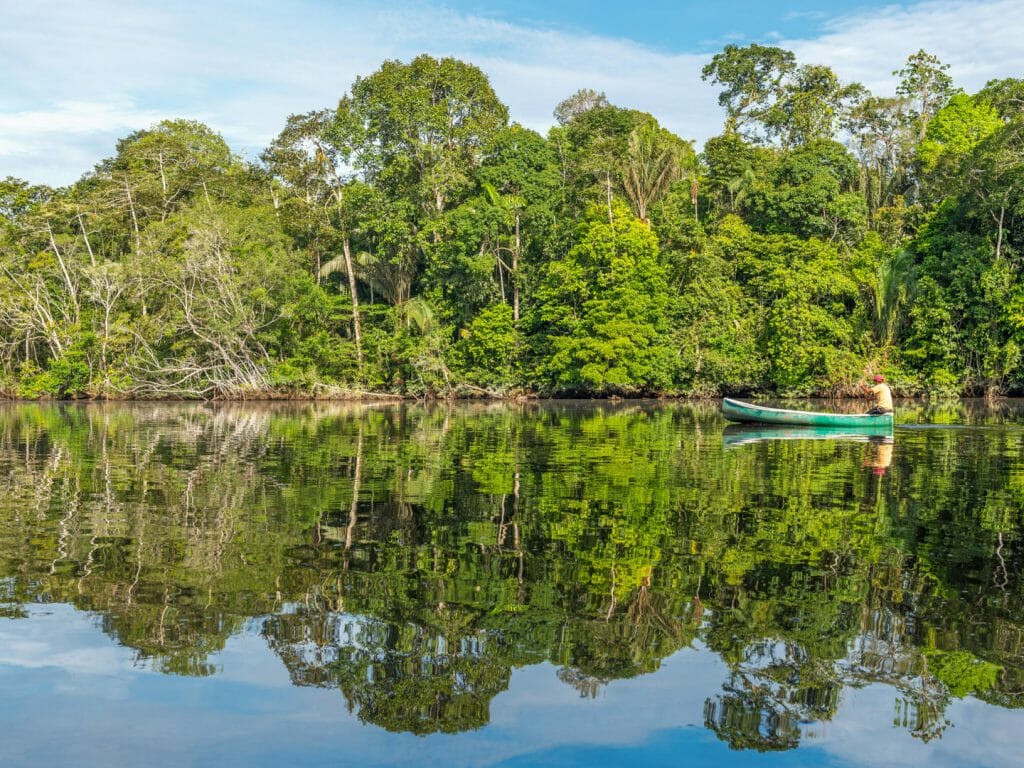