Popular Destinations
See our full list of destinations
Tailor-made & Group Tour Holidays
See all of our Holiday Ideas
About
Travelling Safely
Our Content
When to Go
Best time to visit
Our People
Home Blog Ice in their Veins: A Week at Arctic Watch Lodge

Ice in their Veins: A Week at Arctic Watch Lodge

I can’t think of any family more qualified than the Weber’s to guide me through the Canadian Arctic. Richard Weber, is an unassuming character but has the accolade of having walked to the North Pole more times than anyone. Richard has been there seven times including a crossing from Russia to the pole then onto the Canadian coastline and is the first person to walk to the North pole and back without resupply.

Josee Auclair, Richard’s partner, has pioneered and led multiple women’s polar treks and expeditions to both Poles. Richard and Josee have passed their exploring bug onto their two sons Tessum and Nansen who were brought up summering with a nomadic Inuit family in an outpost camp on Baffin Island.

Tessum visited the Arctic for the first time at six weeks old. And is the youngest person to have walked to the north pole. An athlete and ski tourer he took a degree in commerce before returning to the Arctic to devote himself to the family business.

Nansen, the youngest son, is an acclaimed photographer and has led parties from BBC Wildlife, National Geographic and Netflix utilising his intimate knowledge of the region to achieve some amazing footage.
In 2000 the Weber’s purchased Arctic Watch Lodge on the bay of Cunningham Inlet at the north of Somerset Island with the idea that they would share their passion for all things Arctic with those who wanted to visit.

I visited very early in the season before the sea ice had broken up. With such great sea ice, we had the unique opportunity to explore on foot and on fat bike. Stepping into the deep blue puddles was a weird experience as you had no depth perception and it felt like you were stepping into the abyss when in reality it was rarely more than a few inches deep. Care had to be taken though as in some places there were deep holes right through the ice kept clear by the ringed and bearded seals that frequent this area — you certainly didn’t want to step into these. With the Weber’s as our guides we knew we were in safe hands. Their years of knowledge gave us the confidence to explore and to know what areas to avoid. In one particular bay we were all keen to venture out but Josee felt it was not stable enough, less than twenty-four hours later the complete ice sheet had gone.

Not content with just their own knowledge they have employed a range of other specialist guides in an extended family. There are 17 staff, including a first rate chef to look after the 26 guests who venture this far north to stay for a week during the short summer.
Activities are offered in small groups, exploring by all terrain vehicles, on foot, by kayak and paddleboard spending time with the wildlife of the region. Beluga come here in great numbers to frolic in the shallow waters of the bay, musk ox roam the valleys inland and foxes can be found here along with snowy owls, snow geese and even occasionally wolves. Along the coastline were many ancient Thule site, summer camps and tent rings where occasional artefacts could be found including a whale bone fire stick with brass rivets that must have been traded with the early explorers, many who came to grief here or over wintered while searching for the elusive Northwest Passage.

Most excursions were a full day and an amazing packed lunch with flasks of hot soup tea and coffee along with home cooked breads, organic meats and cheeses were produced. In the evenings the chef would cook up a banquet of Canadian home produce, organic beef, fresh vegetables and always followed by a stunning pudding and a chat by the guides around the large log fire in the “great hall”. The family certainly had some stories to tell. 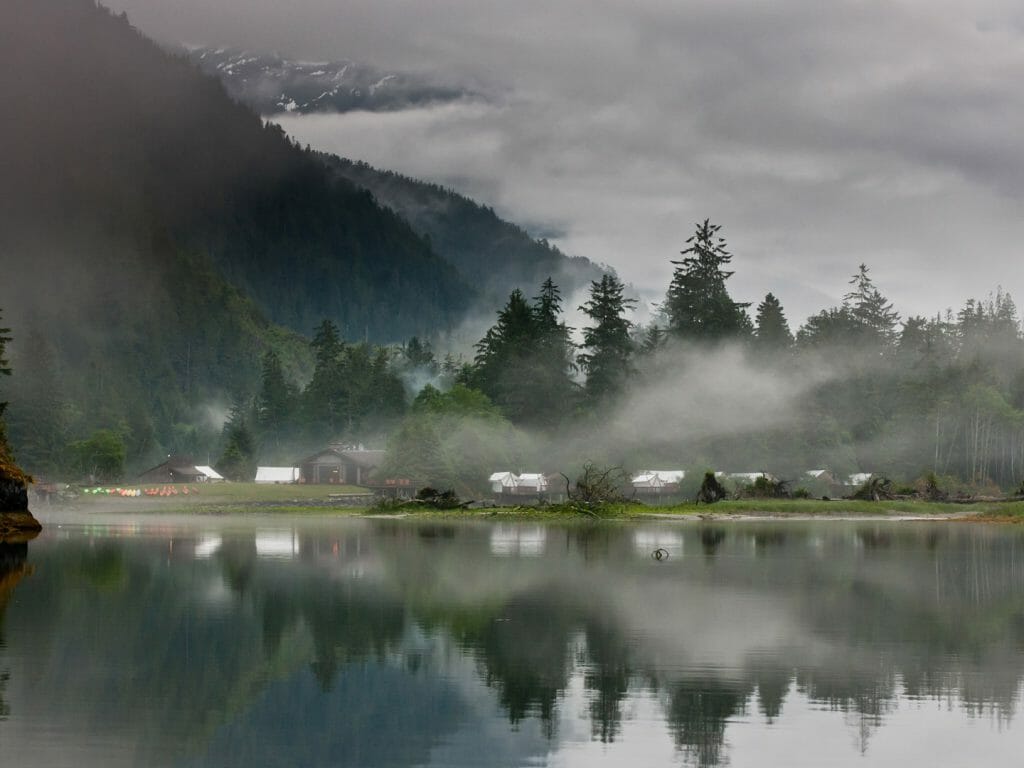 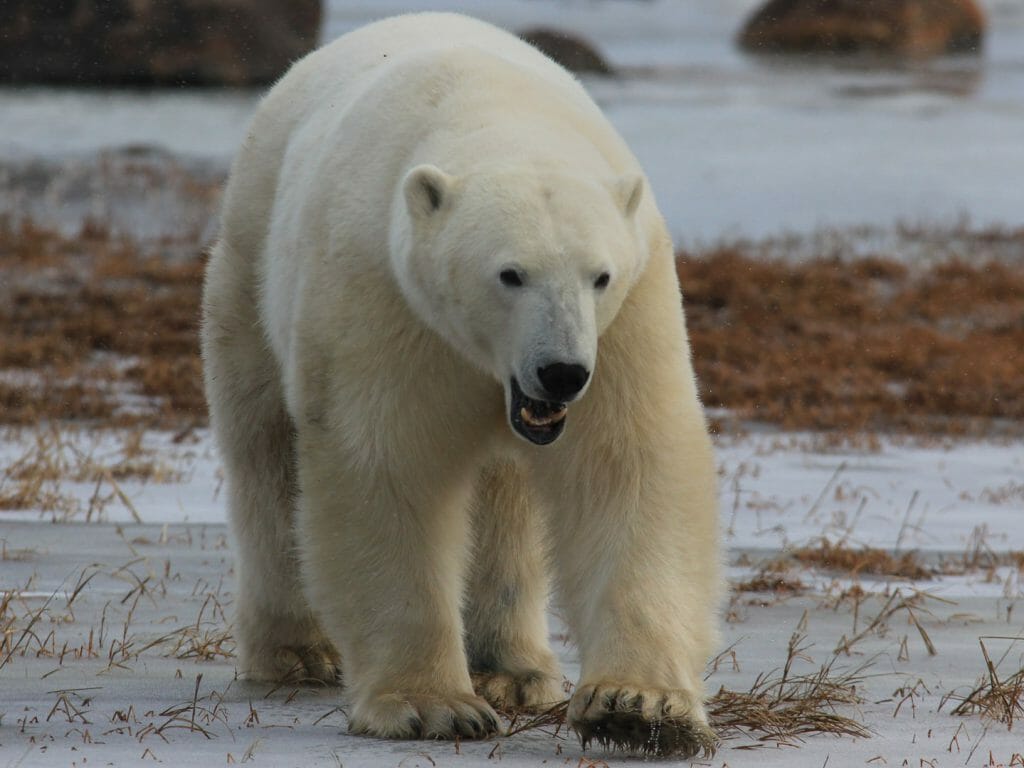 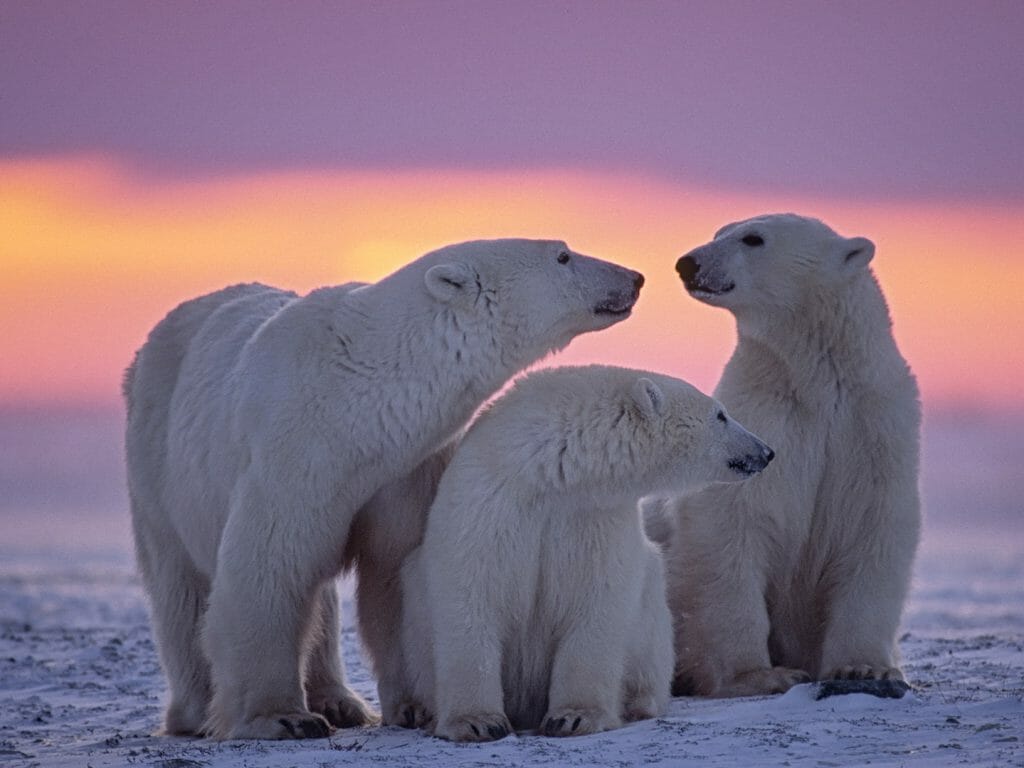