He doesn’t look like a wolf – more of a cross between a dingo and a fox really. He doesn’t behave like a wolf, preferring to hunt alone rather than as part of a pack. He definitely doesn’t howl at the moon as he’ll be asleep once the sun has gone down and is far more inclined to emit a whimper akin to that of a disgruntled puppy than a blood curdling, lycanthropic wail. It begs the question; is this animal really a wolf or just a dog in wolf’s clothing? The man to ask is Dr Claudio Sillero, Head of the Ethiopian Wolf Conservation Programme (EWCP), who has been studying Ethiopian Wolves for over 25 years.

“Ethiopian wolves most likely evolved from a grey wolf -like ancestor that crossed to Northern Africa from Eurasia as recently as 100,000 years ago,” surmises Dr Sillero. In evolutionary terms this makes the Ethiopian Wolf a mere pup and is probably why *Canis Simensis* has gone through a bit of an identity crisis in the latter part of the last century, being known as the Simien Fox and the Simien Jackal before finally being given ‘wolf’ status. It was Dr. Sillero that resolved the dispute using DNA sequencing and identified its genetic similarity to the European grey wolf above any likenesses it bore to its African canid compatriots.

The EWCP’s work today is crucial in conserving an animal that numbers fewer than 500, fragmented into small populations across Ethiopia’s highlands and threatened by habitat loss, climate change, disease and persecution. On my recce trip to the Bale Mountains I met with Dr Sillero’s colleagues at EWCP, Chris Gordon and Alo Hussein. Chris and Alo took me into the Web Valley and the Sanetti Plain regions of the national park, areas of Bale with high densities of Ethiopian Wolves. In the Web Valley off-road driving is possible and so we were up early and parked perfectly in position next to a rocky outcrop where Alo knew the wolves liked to meet. As the sun rose the wolves appeared and the pack reunited for a pre-breakfast bonding session that was as frenetic and engaging as any wild dog interaction I have seen. The only frustrating thing was that the contact between the pack was very short-lived and no sooner had the sun de-frosted noses, ears and tails the wolves scarpered in different directions and embarked on their solitary forays for mole rats and other rodent morsels.

We managed to catch up with one of the sub-adults as he scratched and sniffed in search of a meal. Seeing him in action brought home the extent to which the Ethiopian Wolf is perfectly adapted to its harsh, Afro-alpine environment with long, slender legs perfect for coursing in open country and penetrating the ground to extract its prey; a long and thin muzzle, flawlessly designed for sticking in a mole rat hole and dragging out a meal; large, pointed ears capable of detecting a mole rat breaking wind in a force ten gale.

On first impression, the Ethiopian Wolf may not live up to the macho stereotype of the wolf, the epitome of visceral extremes, however in its sheer indomitability, surviving against the odds in such challenging conditions, it is every inch the equal of its North American and European cousins. 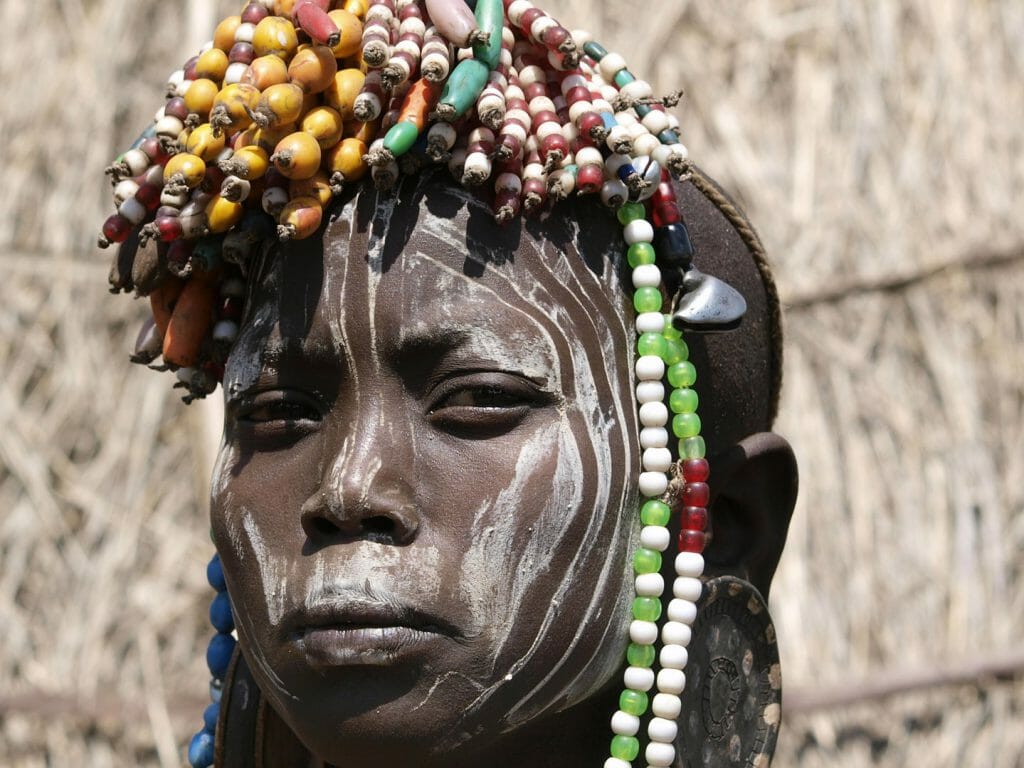 Stories
Tides of Change in The Omo Valley
Jarrod Kyte
The hum of affable conversation is in the air as the village of Dus gathers to prepare for a ceremony. The…
Read Article 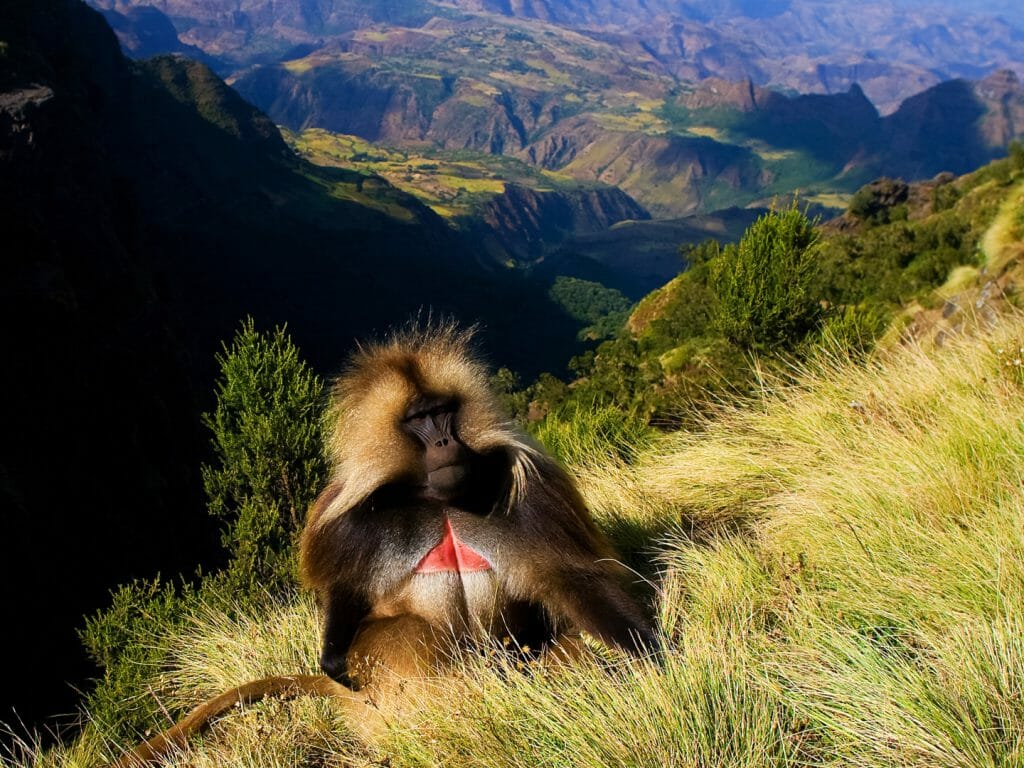 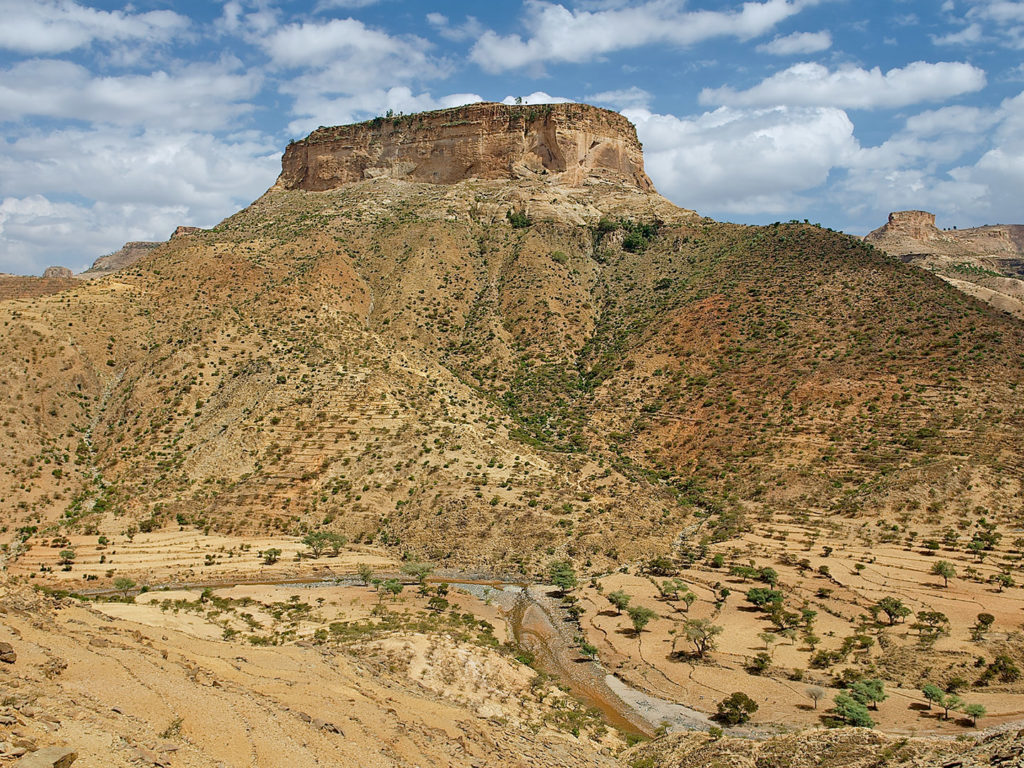 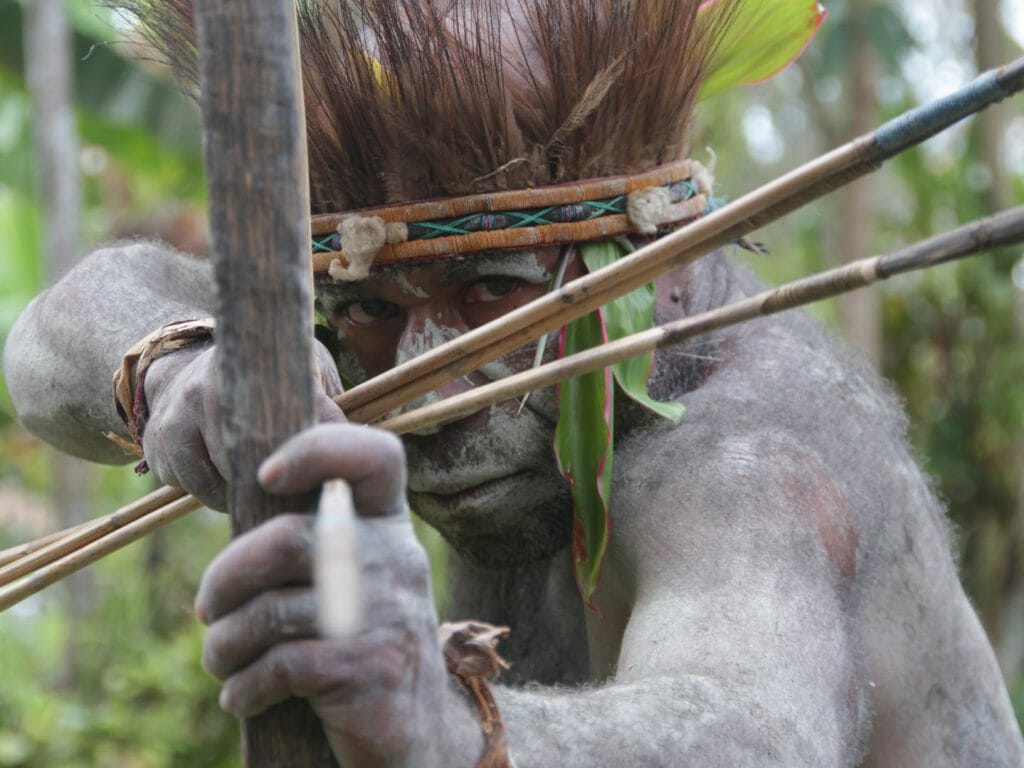