Walking in the footsteps of Egypt’s great Pharaohs

Having been fascinated by Egyptian history since an early age, it hadn’t really hit me that I was finally about to witness this iconic country first hand. It was only when the plane took off from Heathrow that I realised this grand adventure was about to unfold.

Despite various reports in the media billing Egypt as an unsafe destination, I went in with an open mind and a hunger to learn more about this impressive country. My optimism was rewarded with genuine warmth and a friendly greeting from the local people. It became instantly clear that the medias portrayal of this country is completely unfounded. The sun was shining, the children were playing and everyone who I met, made me feel at home.

The first few days of my trip were spent in the picturesque city of Aswan, known for its panoramic views of the Nile and the gateway to Abu Simbel. I was so eager to explore, I left my suitcase at the hotel and headed straight into the city.

As I walked along the promenade, I saw countless feluccas (sailing boats) gliding through the water. I saw many of the locals crossing to Elephantine Island, so I jumped on board. I ended up chatting to a few of the locals, many of which asked me if I personally knew Mohammed Salah the Liverpool Striker, needless to say, he is their biggest celebrity currently. As the boat disembarked, I ventured through a favela, houses stacked upon each other. As I wandered through the various alleyways, it became eye-opening to see the difference in lifestyles. Children would be wearing worn clothes, houses were cracking, and some had even collapsed entirely. However, despite all this, there was a real togetherness and a truly positive atmosphere radiating from the community.

After a few days exploring Aswan I begun sailing up the exquisite Nile towards Luxor, this was undoubtedly a highlight of the trip, with some of the most iconic landmarks known to earth being laid right before my eyes. Words can’t truly express when I came face to face with the statue of Pharaoh Amenhotep III which is 60 ft in height, weighs almost 720 tons and was constructed a staggering 3,400 years ago.

The other element that astounded me was the Valley of the Kings, to actually walk in the footsteps of some of the great rulers of this ancient civilisation was truly surreal. Going into the depths of Ramesses II tomb and seeing the intricate details so well preserved was magnificent, it still mystifies me how immaculate the colours and textures were. My one piece of advice is to be reserve your expectations with Tutankhamun’s tomb, due to all the famous treasures being removed and placed in storage, or the tomb itself is left vacant and small in comparison to others, so just be aware of that to avoid disappointment

In addition to the landmarks, it was the Nile cruise itself that astounded me. Designed with such elegance and comfort in mind, I found myself relaxing on the top deck, taking in the beauty of this ancient world as we drifted along the water. I was lucky enough to see several of the iconic boats including Sanctuary Sun Boat IV and the Oberoi Zahara.

What became clear to me is that Egypt is once again flowing with tourism. My advice would be to plan your trip in advance to avoid disappointment, this was a once in a lifetime experience and cannot be recommended enough.

The final leg of my journey took me to Cairo, which was a huge change of pace to the calm nature of the Nile. There are an estimated 19 million people in Cairo, but I found this all added to the character and charm of this gorgeous city.

The new Grand Egyptian Museum is due to open in 2020 and it will be a marvel of the modern world, with a staggering 100,000 antiquities on display. One of the major plans is to keep the old museum open but move the entire Tutankhamun display over to its own exhibit in the grand opening of the new museum. The current exhibit shows 1500 pieces, but they will be revealing all 5,000 items that have been recovered from the tomb and since been restored.

Undoubtedly the most memorable part of the trip was to take part in a special behind the scenes tour which allowed me to actually go into the restoration labs. I saw the artefacts being restored and speaking to true experts in the field, I saw chariots belonging to Tutankhamun which less than 100 people in the world have seen. This was a true privilege and something which will stay with me forever.

On reflection, Egypt went above and beyond my expectations offering history, culture and the unbelievable scenery. So often this country has been overshadowed with negative press in the media, however having been there first hand I never felt any less safe than wandering the streets in London. In the past decade, new infrastructures have been put in place to improve safety and ensure people can visit with peace of mind. 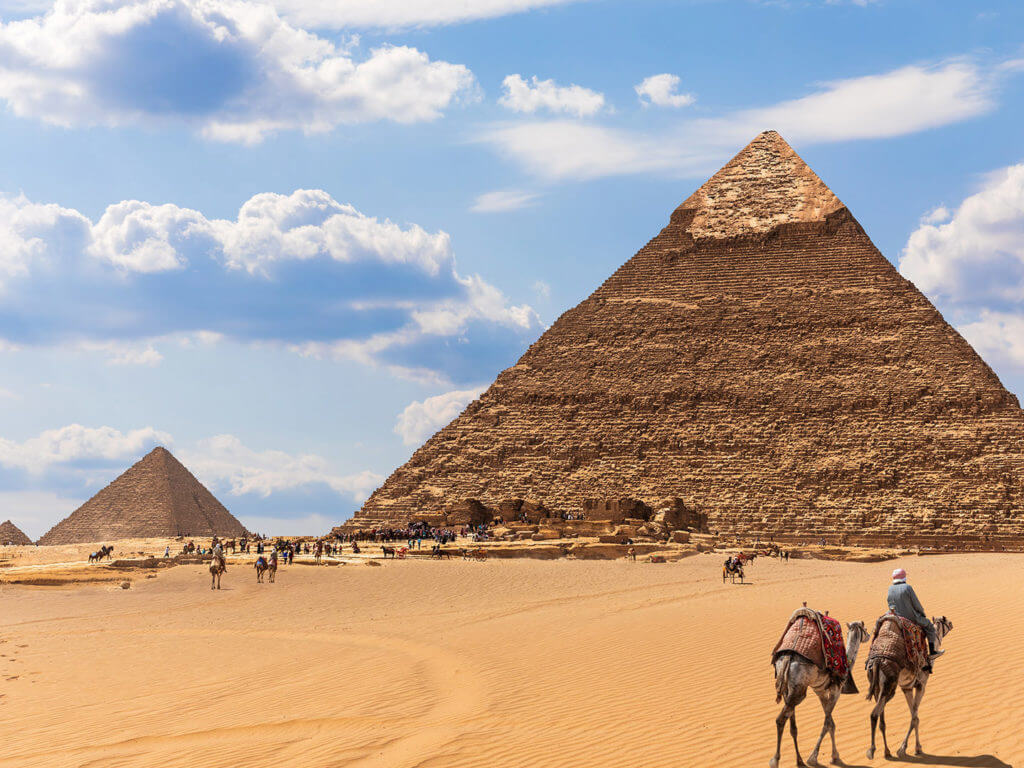 Stories
A First Time Visit to Egypt
Steppes Travel
I was lucky enough to take my mum with me on a recent work trip to Egypt. She had never been…
Read Article 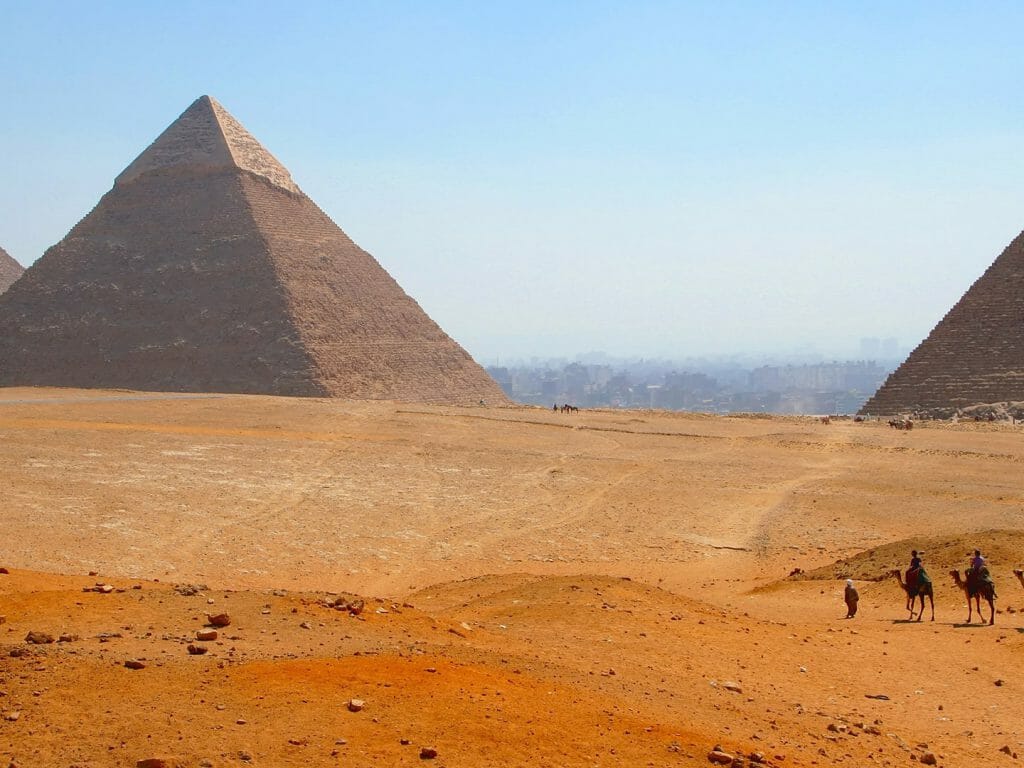 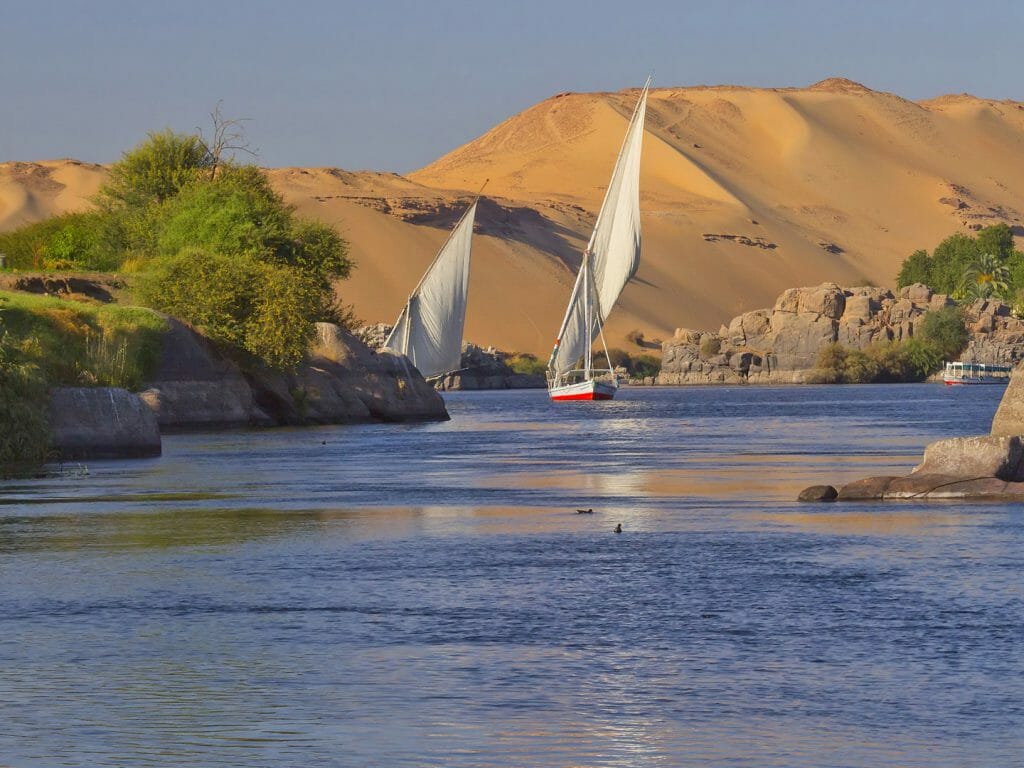 Stories
Cruising the Nile
Steppes Travel
I love Egypt and I have to say, this came as a wonderful surprise to me as I had prepared myself…
Read Article