Popular Destinations
See our full list of destinations
Tailor-made & Group Tour Holidays
See all of our Holiday Ideas
About
Travelling Safely
Our Content
When to Go
Best time to visit
Our People
Home Blog Reading & Watch List: On race

“Everything now, we must assume, is in our hands; we have no right to assume otherwise.”
– James Baldwin

This past week has been a wake-up call for us all. There should be no place for prejudice in our world.

I firmly believe in travel as a force for good. It breaks down cultural, religious, and racial differences. Because of this, diversity has always been fundamental to Steppes Travel and equality leads our every action, whether through supporting communities, choosing partners to work with or celebrating cultures.

I also believe that, no matter how small, anyone with the power to stand up should do so. The tragic death of George Floyd and #BlackLivesMatter movement has shown us the importance of doing so.
Here are a selection of books and films that we believe are important. It is by no means an exhaustive list but a start. A beginning that we hope will lead to conversations, a questioning of the status quo and a better world.

Why I’m No Longer Talking to White People About Race by Reni Eddo-Lodge – An award-winning book that is a great place to start when trying to understand Britain’s relationship with race and racism. A call to better understand and dismantle institutionalised racism.

I know why the caged bird sings by Maya Angelou – Angelou’s debut memoir, in which she writes about her childhood in the American south in the 1930s.

The Autobiography of Malcolm X: As Told to Alex Haley – His remarkable autobiography, completed just before his murder in 1965, ranges from Omaha and Michigan to Harlem and Mecca, and tells of a young, disenfranchised man whose descent into drug addition, robbery and prison was only reversed by his belief in the rights struggle for black America, and his conversion to the Nation of Islam. Not only is this an enormously important record of the Civil Rights Movement in America, but also the scintillating story of a man who refused to allow anyone to tell him who or what he was.

How to be anti-racist by Ibram X. Kendi – An electrifying book that argues that there is no such thing as being simply “not racist.” A person can be actively racist or anti-racist—there is not a passive option. Kendi’s book tackles the language we use (or don’t use) to talk about race, and argues that we must pursue anti-racist actions, not simply anti-racist emotions, to make genuine progress.

The Fire Next Time by James Baldwin – Baldwin was known for his storytelling, his nonfiction essays are also incredible. Addressing race, religion, and how they’ve intersected in American history, The Fire Next Time was one of the most influential texts on race from the 1960s—and remains so.

Between the World and Me by Ta -Nehisi Coates – In the 150 years since the end of the Civil War and the ratification of the Thirteenth Amendment (the abolition of slavery), the story of race and America has remained a brutally simple one. How can America reckon with its fraught racial history? This is Ta-Nehisi Coates’ attempt to answer that question.

This bridge called my back by Cherrie Moraga – Originally released in 1981, This Bridge Called My Back is a testimony to women of colour feminism as it emerged in the last quarter of the twentieth century. Through personal essays, criticism, interviews, testimonials, poetry, and visual art, the collection explores, as coeditor Cherrie Moraga writes, “the complex confluence of identities—race, class, gender, and sexuality—systemic to women of colour oppression and liberation.”

The Good Immigrant by Nikesh Shukla – Bringing together 21 exciting black, Asian and minority ethnic voices emerging in Britain today, The Good Immigrant explores why immigrants come to the UK, why they stay and what it means to be the ‘other’.

The Bluest Eye, by Toni Morrison – Toni Morrison’s first novel perfectly captures the effects of racism and colourism, telling the story of an 11-year-old black girl with low self-esteem who prays desperately for her eyes to become blue.

Americanah by Chimamanda Ngozi Adichie – For this excerpt by protagonist Ifemelo:

“The only reason you say that race was not an issue is because you wish it was not. We all wish it was not. But it’s a lie. I came from a country where race was not an issue; I did not think of myself as black and I only became black when I came to America. When you are black in America and you fall in love with a white person, race doesn’t matter when you’re alone together because it’s just you and your love. But the minute you step outside, race matters. But we don’t talk about it. We don’t even tell our white partners the small things that piss us off and the things we wish they understood better, because we’re worried they will say we’re overreacting, or we’re being too sensitive. And we don’t want them to say, Look how far we’ve come, just forty years ago it would have been illegal for us to even be a couple blah blah blah, because you know what we’re thinking when they say that? We’re thinking why the fuck should it ever have been illegal anyway? But we don’t say any of this stuff. We let it pile up inside our heads and when we come to nice liberal dinners like this, we say that race doesn’t matter because that’s what we’re supposed to say, to keep our nice liberal friends comfortable. It’s true. I speak from experience.”

Selma – the story of a movement. The film chronicles the tumultuous three-month period in 1965, when Dr. Martin Luther King, Jr. led a dangerous campaign to secure equal voting rights in the face of violent opposition. The epic march from Selma to Montgomery culminated in President Johnson (Tom Wilkinson) signing the Voting Rights Act of 1965, one of the most significant victories for the civil rights movement.

I Am Not Your Negro – Master filmmaker Raoul Peck envisions the book James Baldwin never finished – Remember This House. This is an up-to-the-minute examination of race in America, using Baldwin’s original words and a flood of rich archival material. I Am Not Your Negro is a journey into black history that connects the past of the Civil Rights movement to the present of #BlackLivesMatter.

Cry Freedom – A powerful drama that helped expose to the world the malfeasance of South African apartheid, Cry Freedom chronicles the fact-based friendship between an outspoken white newspaper editor and the South African pacifistic civil-rights activist, Steve Biko. After Biko suspiciously dies, Woods, though forced to flee the country with his family, continues to broadcast Biko’s message to the world.

The Hate U Give – Starr Carter is constantly switching between two worlds: the poor, mostly black, neighbourhood where she lives and the rich, mostly white, prep school she attends. The uneasy balance between these worlds is shattered when Starr witnesses the fatal shooting of her childhood best friend Khalil at the hands of a police officer. Now, facing pressures from all sides of the community, Starr must find her voice and stand up for what’s right.

12 years a slave – Based on an incredible true story of one man’s fight for survival and freedom. In the pre-Civil War United States, a free black man from upstate New York is abducted and sold into slavery. Facing cruelty personified by a malevolent slave owner, as well as unexpected kindnesses, he struggles not only to stay alive, but to retain his dignity.

Mudbound – Two men return home from World War II to work on a farm in rural Mississippi, where they struggle to deal with racism and adjusting to life after war.

When they see us – Based on a true story – five teens from Harlem become trapped in a nightmare when they’re falsely accused of a brutal attack in Central Park.

13th – In this thought-provoking documentary, scholars, activists and politicians analyse the criminalization of African Americans and the U.S. prison boom. 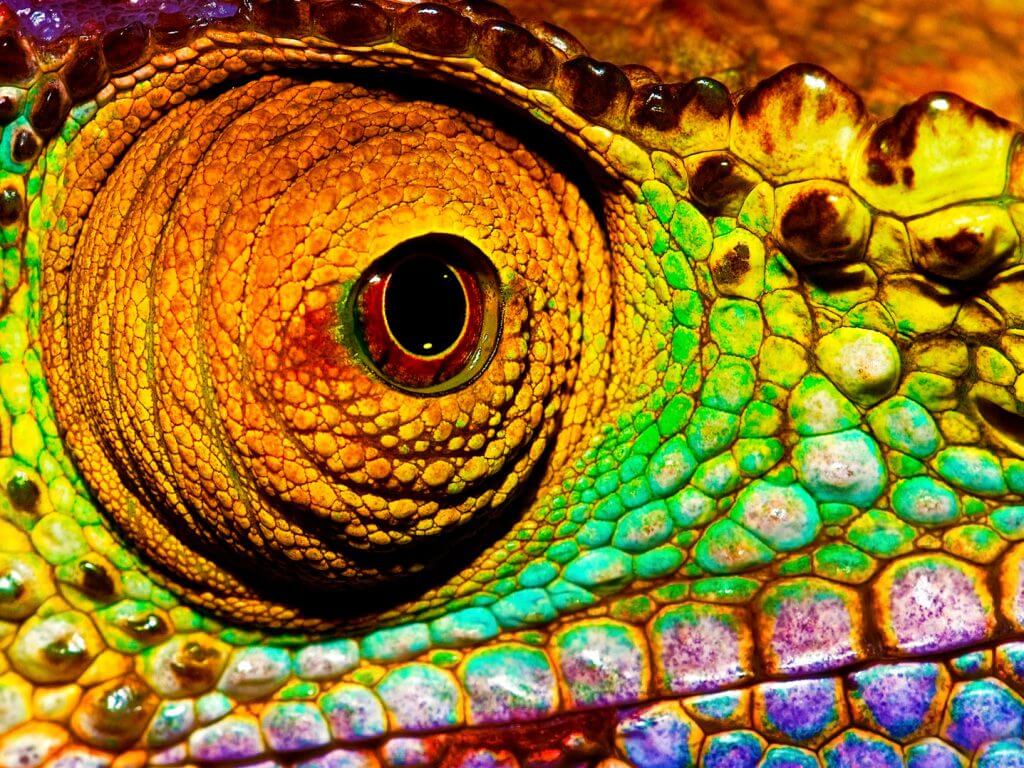 What's On
Netflix: What to Watch to Inspire Your Wanderlust
Nadia Shahanaz Hussain
Whether you are looking to plan for future trips or want to simply escape to a faraway place and travel vicariously,…
Read Article 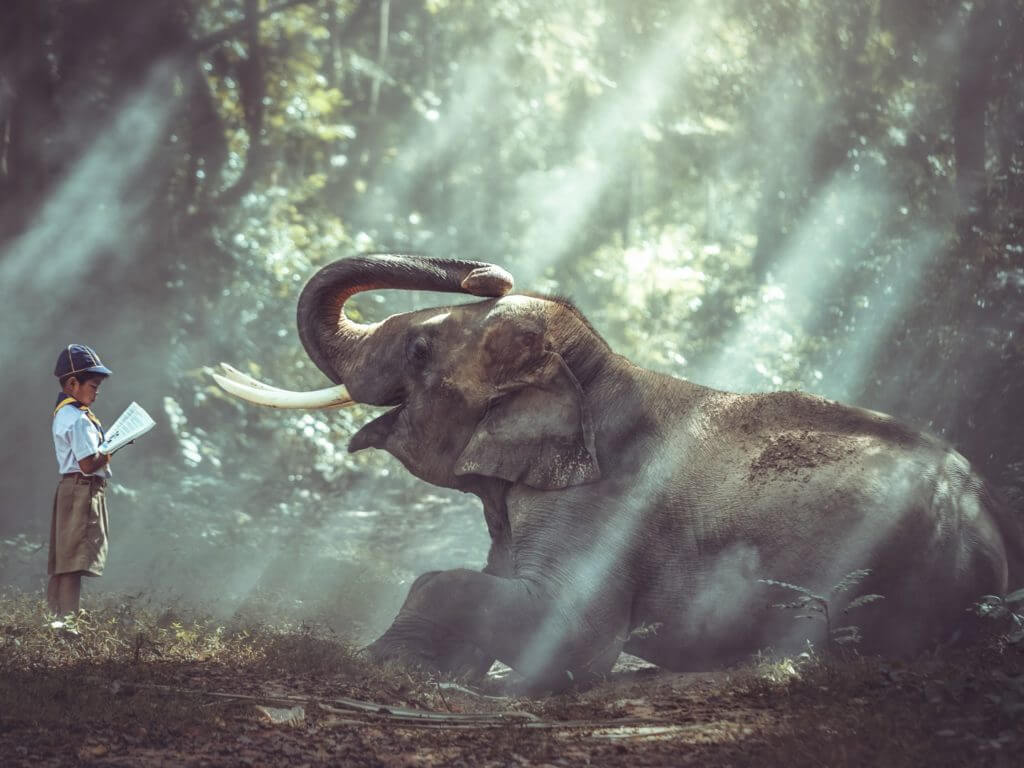 Travel
Read Around The World: Children’s Book Club
Steppes Travel
Have you ever travelled around the world in a single day? Spent the morning eating foraged berries in the Alaskan wilderness?…
Read Article

Travel
Where is your Wonderland?
Nadia Shahanaz Hussain
At the very end of Alice’s Adventures In Wonderland, a young Alice awakens questioning the authenticity of her trip. Subtle clues point…
Read Article

Travel
Adaptable Animals: Which Survivor Are You?
Steppes Travel
In his ground-breaking work of scientific literature On the Origin of Species, wherein theories of evolution by natural selection were presented…
Read Article 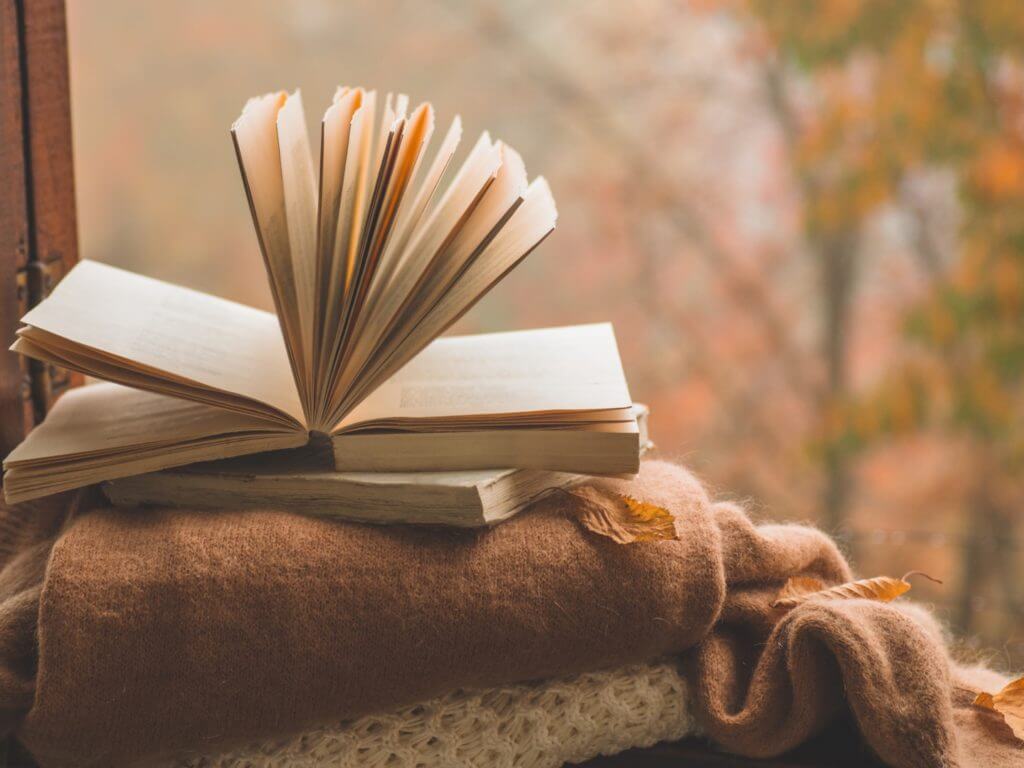 Travel
Read Around the World: Grown-Up’s Book Club
Justin Wateridge
Books and travel share many similarities. They let us step out of our comfort zone for a space of time, often…
Read Article