Myanmar is blessed with some amazing sights, not least Inle Lake and Bagan. But it is its people that leaves the most lasting impression.

Bagan is the result of two and half centuries of frenzied religious building resulting in its apogee at the end of the thirteenth century in over 4,400 temples. Today there remain a multitude of temples and pagodas, still thousands by some accounts, some in ruins but many in good repair, stretched over miles of sandy windswept plain.

Individually the temples are interesting – especially those whose attraction lies within in the form of delightful frescoes – but none have the grandeur, scale or size of the Angkor temples to make them impressive. Moreover I found it difficult – my imagination has always been wanting at such archaeological sites – to really imagine what Pagan was like at its height as only the religious structures remain, the rest ravaged by looters, time and earthquakes.

Only at the end of the day, with the vantage of height was it possible for the first time to appreciate the scale of Bagan and to conjure up images of an ancient city. The sum of all the parts became clear as an extraordinary whole.

It is this whole that brings a few thousand tourists a year to Bagan and with them an entrepreneurial local following selling postcards, lacquerware and poorly printed copies of Orwell’s ‘Burmese Days’. Life is little changed from Orwell’s time and the countryside looks like the set of Rip van Winkle, as though it has been asleep for years. Wandering through hamlets – invariably followed by giggling children – I discover that in the absence of a common language the surest way to trigger Burmese hospitality was to smile. One youngster, bolder than the rest, held my hand. Courage spread and soon we were a gaggle holding hands although the youngest would glance up seeking reassurance from the elder children.

If Bagan was the historical heart of Myanmar then Inle Lake is its current heart, well at the very least it won my heart. I was immediately cheered by the relaxed and agreeable atmosphere as I wondered around the market of Nyuangshwe. Friendly banter and laughter was the exchange of the day. Everyone appeared to be free of envy and greed, seemed to be at peace with themselves, remaining cheerful and modest. Head gear was de rigueur, whether the towelling of the Intha, the more intricate headdresses of the Akha or World War II style German helmets worn by men on motorbikes who would venture into the market for a couple of items and to do battle and barter with the playful retorts of the women.

I am aware of the dangers of seeing the everyday life of these peoples through rose-tinted spectacles and that all may not be as it seems. However coming from a far-off country where boorish behaviour and an obsession with material goods are the norm, this is a world where smiles, greetings and camaraderie are the order of the day. They have something that we have lost – community and harmony.

Although with the shrinking of the lake due to erosion and irrigation projects, how long such harmony remains is a matter of some debate. However, the placid surface of the lake is untroubled by such concerns. The lake somehow dissolves everything into a timeless haze. The feeling of peace is overwhelming. Not even the slap and splash of the fishermen frightening fish into their nets can detract from such calm and tranquility.

Unsurprisingly boats are the main mode of transport; for the lucky few motorised long-boats that skitter about the lake like dragon fly but for most their mode of transport is a flat bottom skiff propelled by a single wooden paddle. Unique is ubiquitous in the vernacular of brochures and thus a word to treat with trepidation in the world of travel. Yet in describing Inle it is apt, indeed there is no other way, not least for the technique of leg rowing. The fisherman balances one-legged on the prow of his boat, while curling the other leg around his oar. Photogenic, skillful and beautiful it has become emblematic of Inle.

The lake is a silvery sheen of shallow water lying in a ring of serrated mountains. Due to the lake’s size and the spread of villages, we did not bump into tourists as on the circuit of Bagan (this makes it sound as if Myanmar is overrun with tourists yet the opposite is the case). Yes there were other tourists but such is the charm and magic of the place that it felt as though I discovering the lake for myself, that it was revealing its innermost secrets to me alone.

On paper Inle Lake is some thirteen miles by seven but once on the water it is hard to distinguish the lake shore such is the industry of the people and their drifting mats of sedge. The lake people stitch them together into floating gardens where they grow vegetables and flowers. But the gardens are liable to drift apart, so they must be tethered to the bottom of the lake with long bamboo staves, driven deep into the mud – a metaphor for stake that the regime has driven through the heart of this land of fragile beauty.

Because the bottom of the lake is full of weed, the fisherman must hunt the catfish by its bubbles. He lifts his conical net, like an inverted shuttlecock, and drops it into the water. Then with a long trident he begins stabbing the mossy carpet to flush out the fish. Often he catches nothing but catfish bubbles. 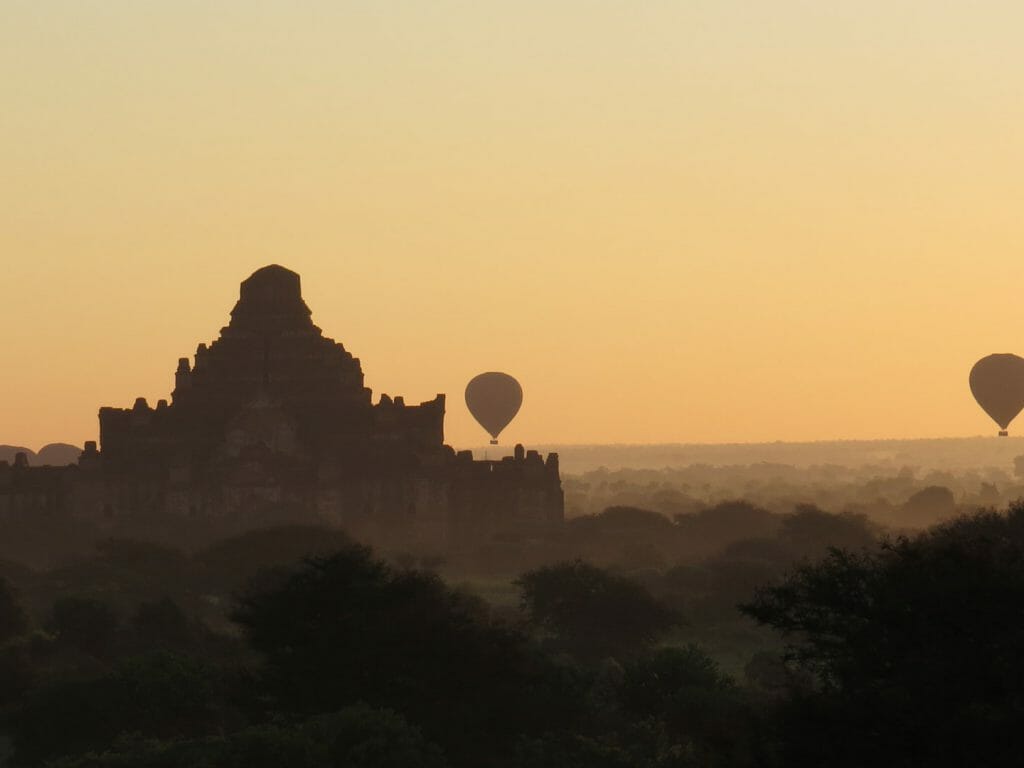 Stories
Ballooning season now underway in Myanmar
Clare Burkey
It’s not just ballooning in Bagan that will take your breath away. We can also provide a bird’s eye view of…
Read Article 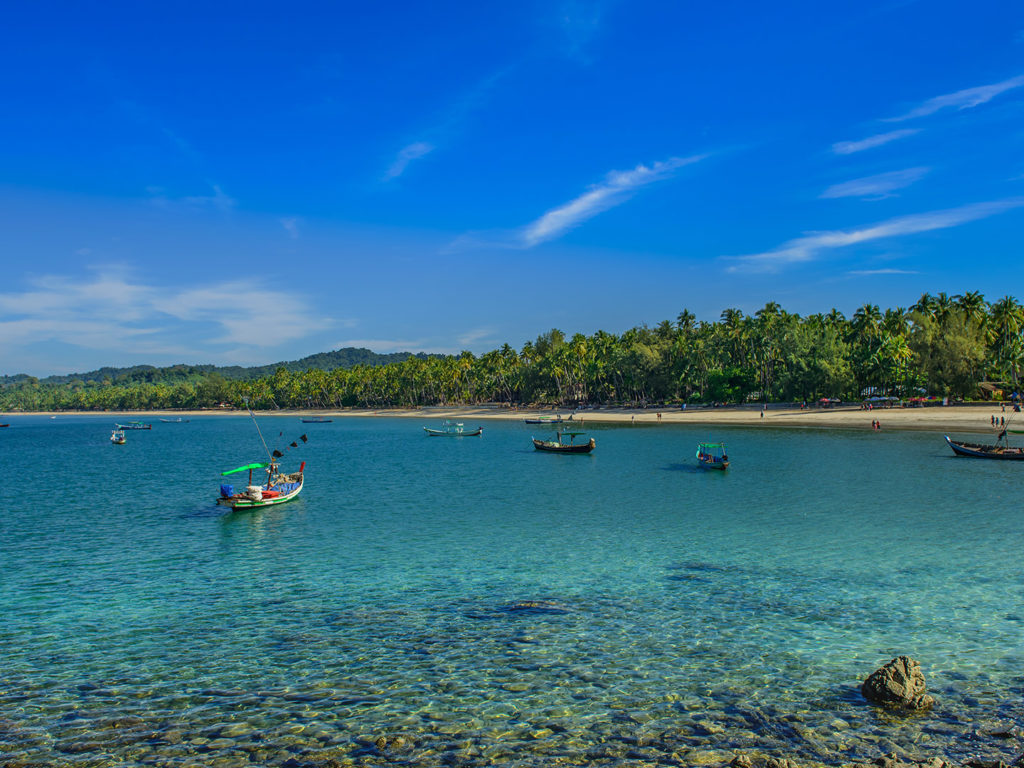 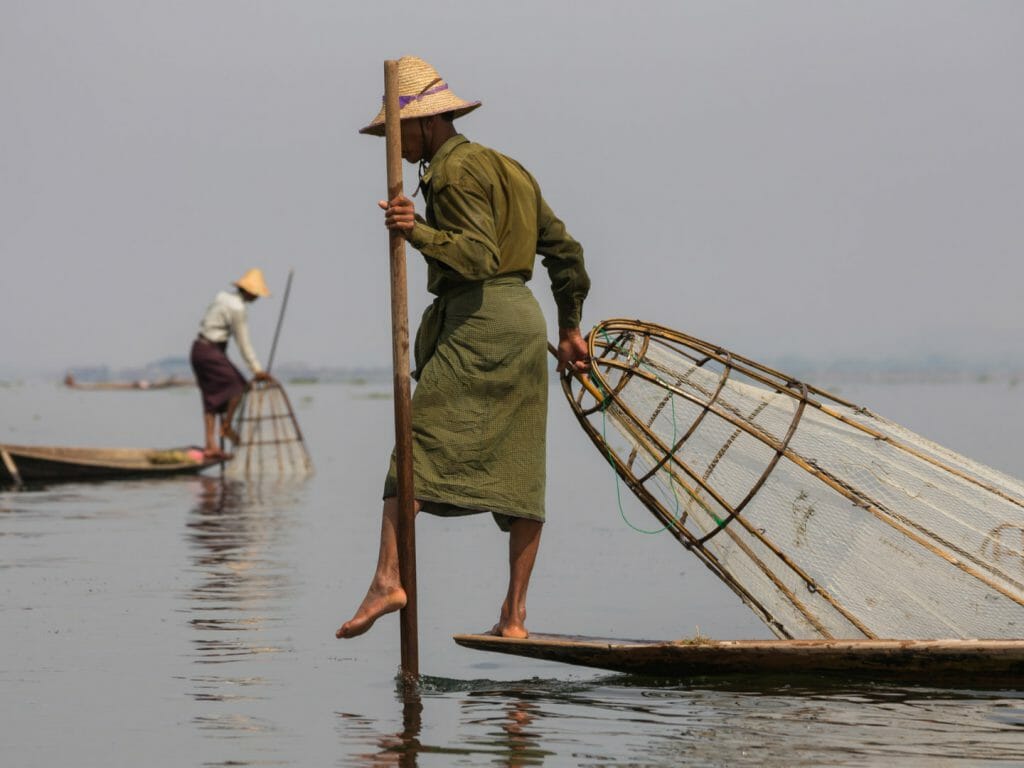 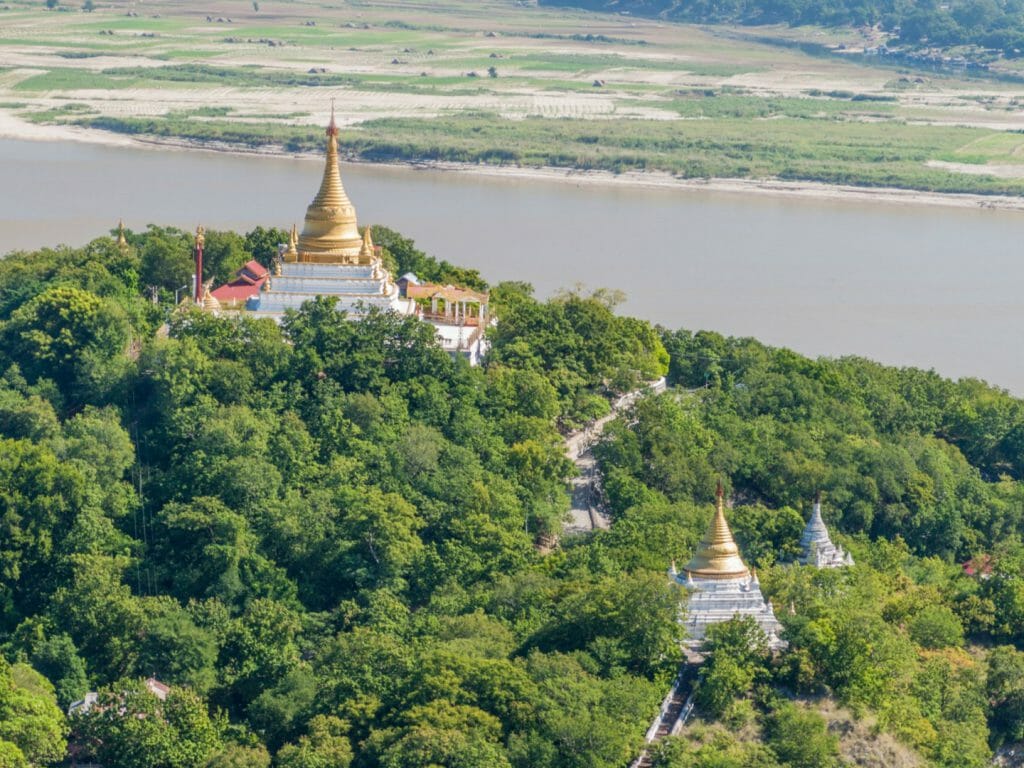 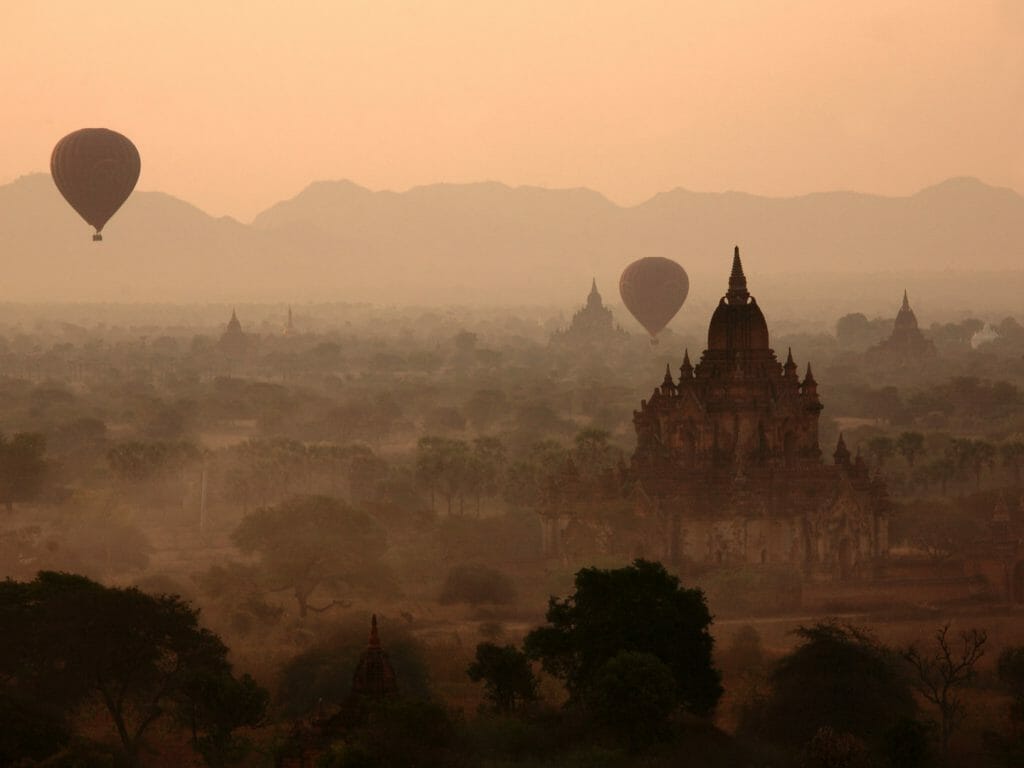 Stories
Family holiday to Myanmar
Paul Craven
I travelled in June to Myanmar with my wife and two children, 7 & 14 years of age. This was my…
Read Article