Following my visit to Koh Lor and the amazing trip through the cave I continued by road to Thakhek, a 1.5 hour drive, a small town on the Mekong River. This is very much a new area, little visited and only a few accommodation options.

In December 2011 a new “Friendship” bridge was inaugurated linking Laos with Thailand across the Mekong River. Looking at Thailand as I did from the sleepy Lao side and seeing the huge buildings, impressive temples and bright lights one could not avoid thinking about what the Lao people thought about their two worlds.

I spent a day trekking in the nearby countryside. A very early start, we set off by Tuk Tuk stopping at the bus station to fill up another Tuk Tuk with petrol before continuing out into the countryside. After 15 minutes we turned off the road on to a dirt track and travelled along at speed on this potholed access road through the jungle to the village of Ban Na located in the forest.

It was doubtful before I arrived that a trek would be possible. It was the end of the rainy season (late October) and you could see how high the water was just a couple of weeks before. It had dropped 20 feet but we still we had to forge several streams. In some locations we passed earthen humps that smouldered, the technique used for charcoal production. At one point on the trek it is possible to swim in a lagoon that has formed at the entrance to a cave. After crossing several more streams, the last on a fallen tree, we stopped for lunch. My guide, a local villager, built a fire and cooked fresh fish on wooden skewers set at 45 degrees top the fire which we ate with local salad. He cut up foliage with his machete which he spread on the ground. It reminded me of the nests that gorillas make when they rest in the trees at night, unlike any picnics I’d had before.

Two ladies appeared. They had been collecting mushrooms in the forest and were also collecting leaves from a nearby tree. The women told my guide they were edible and so following my motto of “I will always try anything once” we ate them as well. They were quite tasty.

We came across a very large cave filled with water. We could see light at the far end and rested here in the shade and then passed through a tunnel to another part of the cave and out towards the light. Part of this was on boards wedged between massive rocks. Behind us was now the solid wall of rock covered in trees and jungle creepers although the area we came out into was flat, a mixture of rough pasture and rice fields.

We said good bye to our village guide and my guide suggested we walk to a another nearby village. It is here that people who are doing the two day trek overnight in the eco lodge. It is very basic, you sleep in the main house, a stilted wooden house, on the 2nd floor in one open room, quite an experience. The village is of interest, but few visitors come. I played boule and it was not until the 2nd game that I realised I was playing with my guide against the villagers rather than against all of them individually. After a close game we won and they provided the beer.

The next morning we departed for Savannakhet. This is a small town with a number of French colonial buildings located by the Mekong River. There is also a nondescript church. There is a surprisingly good hotel, the Dao Savanh facing the river. There is not really any reason to stay here but it provides a place to stay if coming from Pakse and crossing into Thailand over the Friendship bridge at Thakhek. During my inspection visit the hotel was hosting a graduation ceremony for the local high school. All along the road in front of the hotel were stalls selling brightly coloured bunches of plastic flowers and cuddly toys, gifts from relatives and friends to give to the students.

We continued on to Pakse. It was here that I was to join the Mekong Sun boat for a 4 day, 3 night cruise along the Mekong through Southern Laos. My cruise was upstream so we set off from Pakse for the 2 hour drive to Khone Pha Pheng waterfall, the largest falls in SE Asia in terms of volume of water. This is what hindered the French in thier navigation of the river along with the slightly lesser falls of Lee Phee.

After seeing the falls we travelled by road to Ban Hart where we boarded a local vehicle ferry across the river to Done Khong. This is the largest of the 4,000 islands (12 x 6km) and is an immensly wealthy region, locally, since rice grows in abundance and is of a high quality. We travelled to meet the boat. It was now dark and we hit a massive thunder storm. Taking off our shoes and socks we walked along a dirt track to the river side where we boarded the ship. Large picture windows meant that you could lie in bed and admire the passing scene outside.

After a quiet night on board we set off the following morning by “slow” boat to visit the 4,000 islands. We arrived at the island of Don Det where we boarded a Tuk Tuk for the short drive across the stone bridge, built by the French, to Don Kone and on to see the Lee Phee falls and the one remaining locomotive, now stripped, rusted and under cover. For dinner a large fire was built and the crew set about preparing our beach BBQ.

Whilst this was going on me and our German tour manager had a go at using the small circular throw nets, the ones with the weights around the rim. He caught 4 fish. I had to try it and caught the same number. I was most impressed but have some work to do to get it fully circular by the time it hits the water. By this time there was stunning sunset. The crew served a wonderful meal and then sang some Lao love songs on the condition that we also sang a song or two.

The next morning we set sail for Champassak where we stopped and took a Tuk Tuk to see the UNESCO World Heritage site of Wat Phou. It is located at the foot of the 1,500m Kao mountain and is an impressive and atmospheric ruin dating from the Khmer period. We set sail again and enjoyed a lecture on Laos in the evening after dinner. Our final day. Before setting off we walked to a nearby temple (384 steps) for a fine view out across the Mekong River. We arrived back in Pakse at 11.30 where we all said our goodbyes and I met my driver. He was going to take me to the Cambodian border.

We set off and then the driver told me we were going to collect his wife. It is often the case on recce trips that such instances occur. People travel with you, sometimes because public transport is poor and sometime for company, you deliver goods or letters or documents to people along the way, you stop for the driver to pick up a delicacy from a town or a region for themselves or as presents.

We arrived at the Lao/Cambodian border. I said my goodbyes and walked to the immigration building, a hut, on the Lao side. I presented my passport. One Dollar please. I asked what for. I was told for the exit stamp. I argued, politely, but to no avail. No Dollar, no exit stamp. I paid and walked into Cambodia wondering if the slightly more strict UK border regulations would ever find there way here, I hoped not! 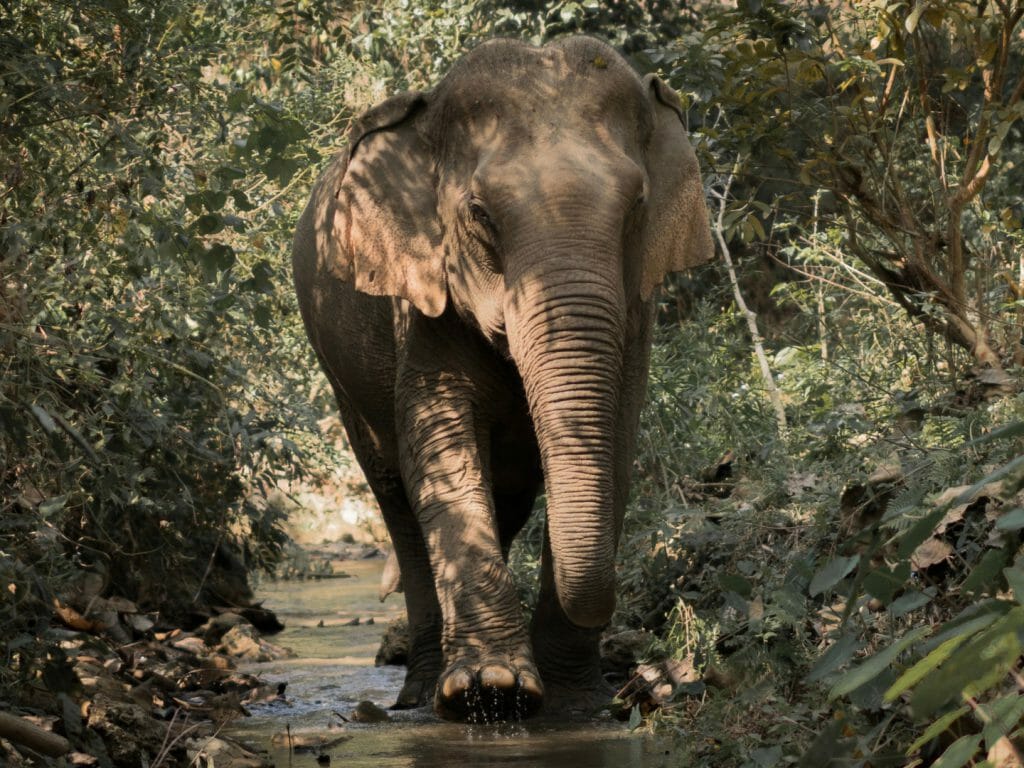 Stories
Return to Laos
Steppes Travel
In October I travelled to Vientiane, Laos, my first visit since 2006. Vientiane has become a little busier and has grown…
Read Article 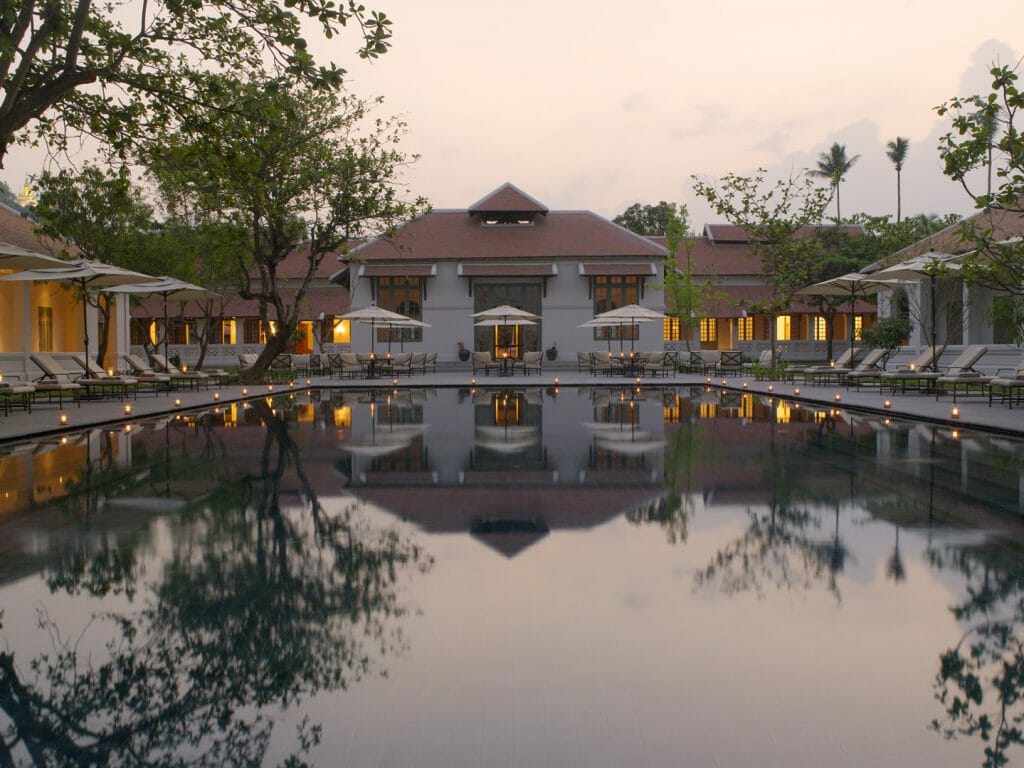