From the air the Kalahari scrub looked devoid of life.

Our Cessna light aircraft took off southward from Maun heading into squally raincloud. We levelled at 3500 ft, twice this on the altimeter, as Maun is 3000 ft above sea level. Below the odd shelter and kraal showed, but otherwise seemed empty. We approached the bush airstrip at Kalahari Plains camp and made a preliminary run across to check for animals, then turned in to land in a gusting crosswind. The camp guide met us and we bounced along sandy tracks to camp.

On the ground our airborne impression of lifelessness was confounded! Small, darting steenbok, oryx (gemsbok) and hornbill floating between the bush shrubs said to us that we had arrived again in Africa; that stunning continent!

Botswana, this landlocked haven of stability on a continent of unrest, offers a range of habitat, from the desert, to the Okavango Delta and northward to the Linyanti National Park nearing the Caprivi Strip of Namibia and Victoria Falls in Zambia. And we were to sample the changing flora and fauna moving up country over the next 10 days.

The Kalahari is home to the Black-manned lion, the roar of which awakened us next morning! We set off in hope, crossing the path of a rare Aardwolf, a strange arch-shaped banded creature, the size of a medium dog. Long inquisitive snout matching its tapering tail. Then suddenly our Guide’s sharp eyes spotted the dark profile of a lion in regal isolation beneath a shattered tree. We approached slowly without breaking cover. The large male was resting in the morning shade. He would spend some of his day marking his territory by sitting and leaving scent from his anal glands, together with sebaceous secretions from his mane on preening. There had been rain overnight so this marking was in need of refreshing. His size and dominance would be shown by the size of his spoor and the depth of his roar. His presence would be in the air of this place.

We moved through the day excited by this sighting. Birds dominated our view with pallid harrier, pale and dark chanting goshawk, crimson breasted shrike and short-tailed and tawny eagles getting us reaching for the binoculars! By the evening drive we were eager to see our lion again and returning to a water hole close to his last position we heard the roar and saw the response of his group. Out of the brush came a mature female and a young male, maybe her son. They approached the water in a circumspect manner, she was drawn to his call, the youngster unsure how close he could get and not be perceived as a threat. The new arrivals paused to drink as we sat enthralled 20 metres from the pair in our open-sided Land Rover. The presence of our ‘big man’ causing anxiety and uncertainty. The female sat looking before and behind, the young male paced forward and back. Finally, her desire set her forward and his apprehension sent him back in retreat! The female padded across to join the big male, they greeted on hind legged raise and settled to roar together. The young man, whose time no doubt would come, headed for cover.

As we drank our sundowners from what must be one of the best mobile bars on the planet, we had witnessed one small episode in the life of the natural world! Night fell on a full day and over a sumptuous supper we looked forward to our journey onward.

Mr Bishop recently travelled to Botswana, organised by Jackie, and he kindly gave us this insight into his experiences of the Kalahari. 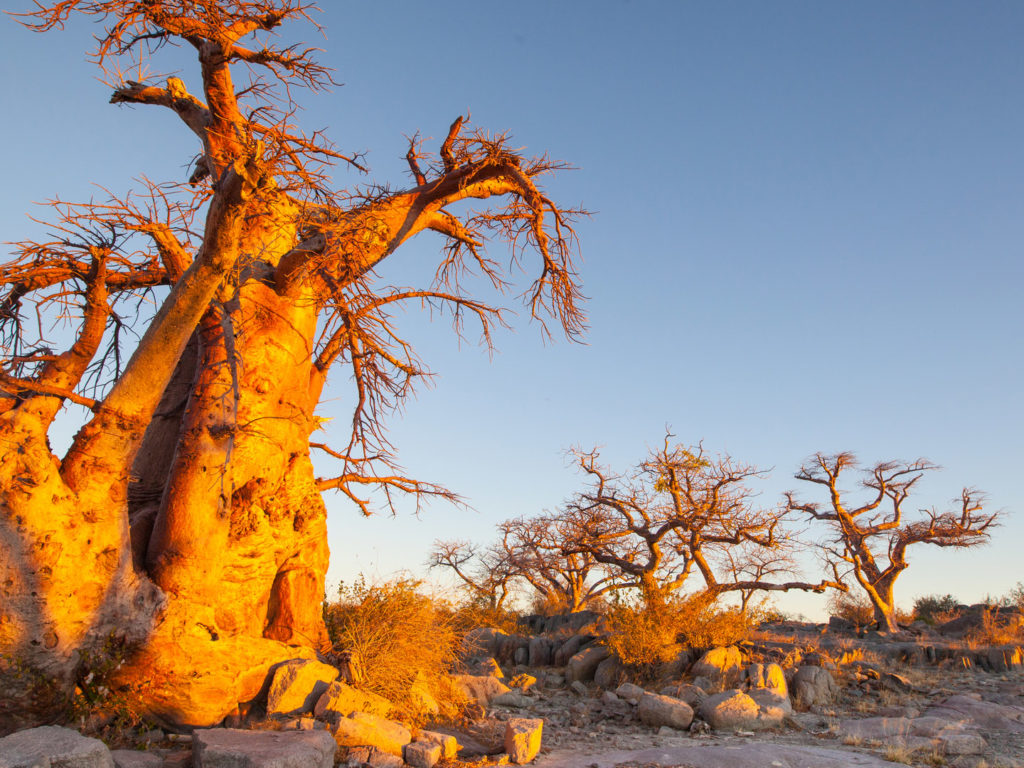 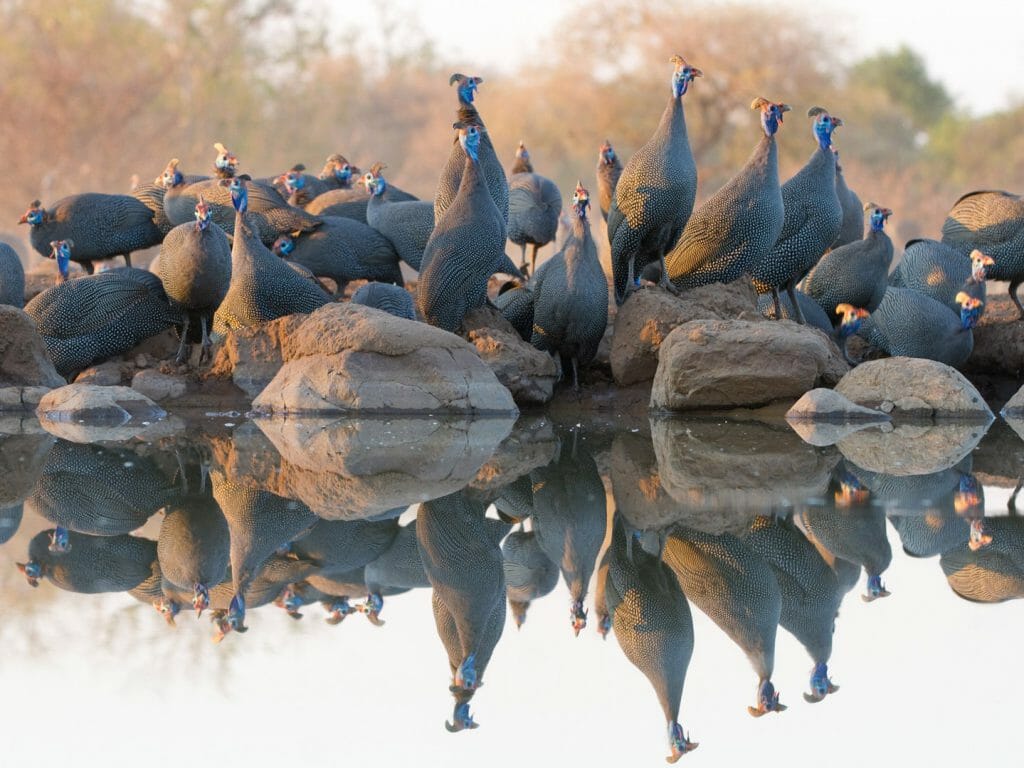