A Wild Journey Through Georgia

Stanley Stewart asked to be fully immersed into the culture of Georgia on the visit we arranged for him last year. He wanted to meet people, hear their stories and learn about the country through these interactions. Stanley and I agreed that a good place to seek out these stories was in Georgia’s mountains, which is where most of his trip was spent.

The opening lines of a travel article are where the writer wins or loses the reader. A weak start and there is the chance that attention will drift. When faced with ‘on the road to Ushguli, I met an elderly couple who were looking for a wife for their son’ how can you not read on? The next paragraph pinpoints the roadside coffee stall where this encounter takes place, on the map, ‘in the wild mountain province of Svaneti’. We are also told it is on the road to the ‘highest village in Europe’ nestled in the Caucasus Mountains. This paragraph, just seven lines long, not only positions the story geographically it is also wickedly funny (a humour that underpins the article) at the same time praising and gently poking fun at the charming simplicity of the people and the setting. ‘Outside was la terrasse – a rickety table, one leg propped up on a boulder’. This line made me chuckle out loud and transported me back from my living room to Ushguli, where on my own visit I attempted to order four different items from a restaurant menu only to be told each time, “a-ra” – (no). I ended up with a bowl of stew and some bread. It was delicious. Ushguli is simple and feels miles from anywhere, in a ‘remote part of the Caucasus that remained unconquered and uncompromised by outside forces.

This short but crucial opening paragraph also introduces the reader to Butuli and Tamara, the elderly couple, who in Stanley find a companionable traveller, willing to discuss the marriage prospects of their third son, ‘which currently were not great’. Tamara, the mother, has her eye on Stanley’s female guide, Gvantsa ,‘she of the green eyes and wonderful cheekbones’. Stanley is told that in ’the old days in Svaneti, brides were generally kidnapped, though often with their own connivance’. Intrigued, Stanley asks Butuli if he had kidnapped his wife Tamara. The reply? ‘Of course not. If I was kidnapping, I would have gone for someone decent looking.’ I could almost hear Stanley snort with laughter.

Georgia is a beautiful country where ‘gorgeous landscapes roll away beneath wide skies’ but for Stanley, as for Fitzroy Maclean (Ian Fleming’s inspiration for James Bond) before him, ‘it’s charm lies in it’s people’. Georgians are tough but fun, enjoy sharing a drink of fiery homemade chacha with anyone willing and at almost any time of day, and ‘combine a Mediterranean expansiveness and vivacity with the dash and hardiness of the Highlander’. Stanley, as I did, admires this toughness that is coupled with warmth and a generosity of spirit. Georgia is a country, Stanley observes, that is able to combine Tbilisi’s ‘sophisticated restaurant scene’ with its people’s ‘hollow legs’ and a traditional dance that is ‘more likely to end in injuries than whispered endearments’. In a positive and life-affirming way, I found Georgia rough and ready, wild and untamed, and Stanley captures this magnificently and praisingly throughout his piece.

Stanley sought stories in Georgia, and had no problem finding them. ‘Throughout my travels, outlandish stories about the Svaneti region cropped up with persistent regularity.’ Wasting no time Stanley sets off with his driver and guide into ‘narrow mountains gorges’ along a road that until recently was closed ‘for six months of the year, cutting Svaneti off from the rest of the world.’ After several hours of driving it is as though Stanley had been passenger in Doctor Who’s tardis. He describes what he sees thus. ‘Haystacks dotted the fields. Wagons and sleds were parked beneath the stone walls of the houses. Cows wandered the road like sleepy commuters. Shepherds in long white felt cloaks leant on crooks as they watched us pass. Two horsemen emerged from a side lane at a gallop, scattering pigs.’ This is not poetic license. Svaneti is a region of Georgia where the modern age genuinely ‘seems to have arrived…..only a decade or so ago’. In living memory ‘Svaneti had a reputation for vendettas and blood feuds that would make Sicily seem like a fractious kindergarten’. These feuds necessitated the building of stone towers, around 200 of which survive, ‘their bleak stone walls marked only by defensive slit windows’ that were used equally to defend against invading parties and one’s own neighbours. These days tourism and the modern age have ‘snuffed out the remnants of brigandage’ and Stanley is correct in his assertion that ‘you are far more likely to be mugged in Stockholm than Svaneti’. I found the people at the guesthouse I stayed at, and who I greeted when out walking, warm and welcoming, smiling at my poor attempts to speak Georgian.

His time spent exploring Svaneti drawing to a close Stanley commences his journey ‘back to civilisation’ and pauses again at Butuli and Tamara’s roadside stall where over ‘cups of dark, muddy coffee’ Tamara makes one final attempt at cajoling Gvantsa into the family. ‘We won’t last for ever…and when we go, my son will have our house. Three rooms and a dry place for the pig downstairs’. A tempting offer that one can only assume was politely turned downed. 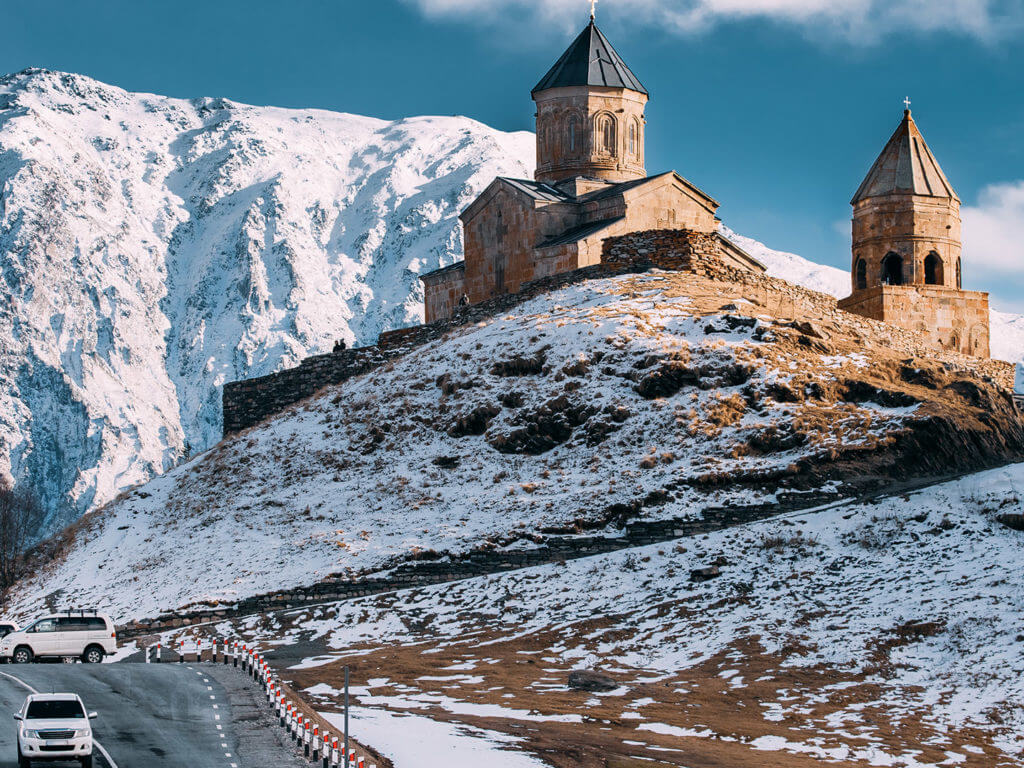 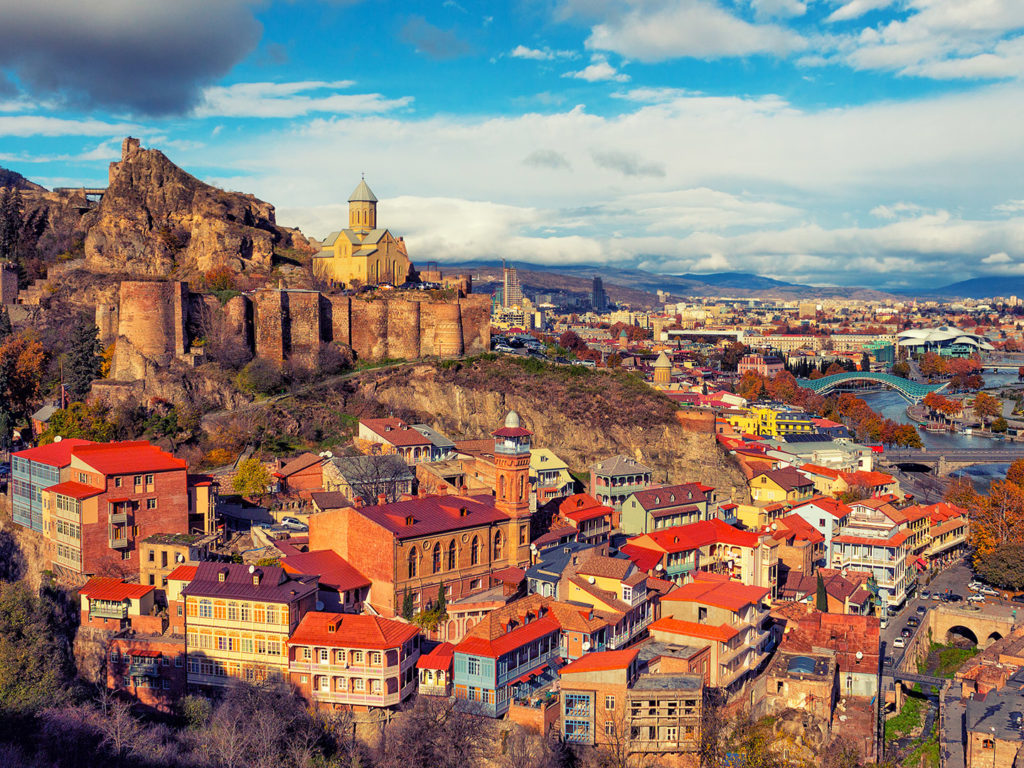 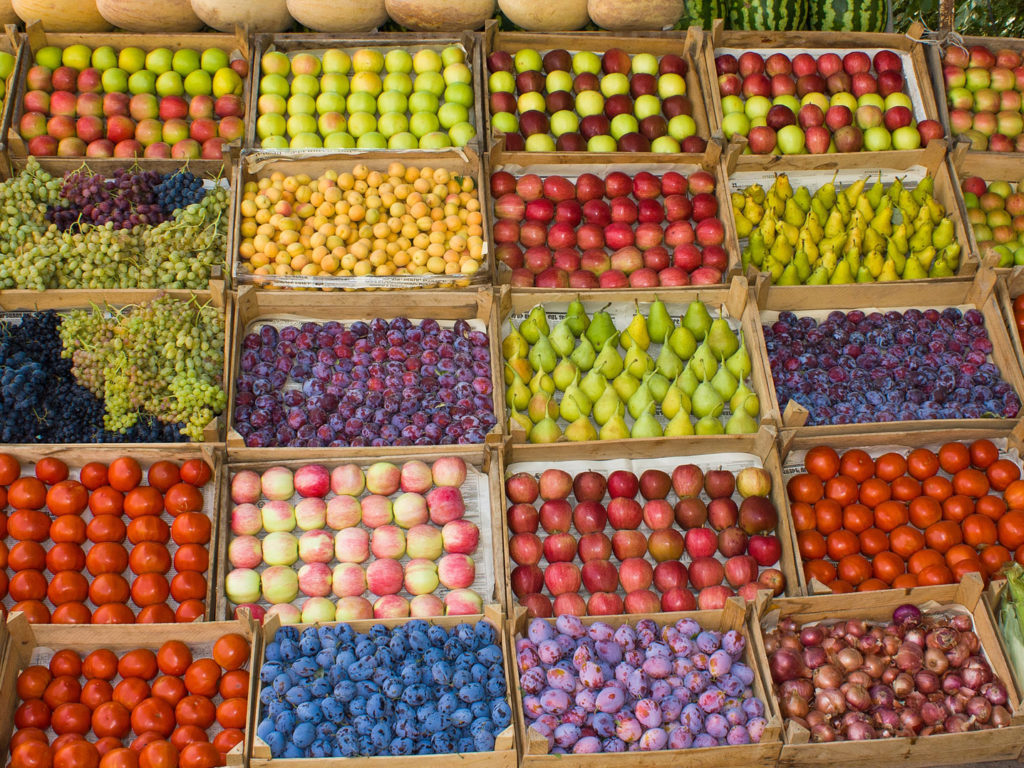