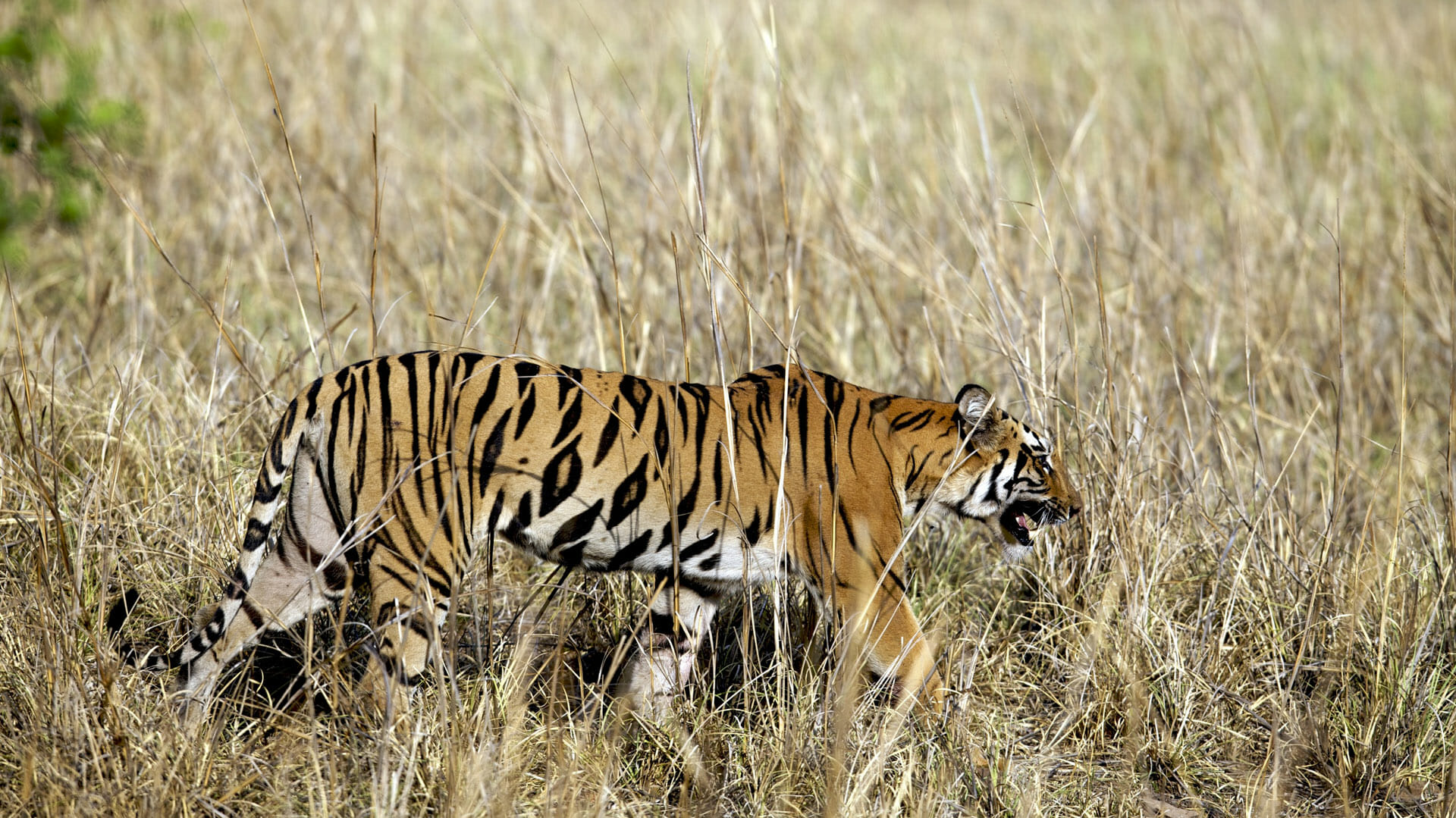 Home Blog On the trail of the tiger

On the trail of the tiger

The first indication we had that a tiger was nearby was from the faint tracks our guide spotted in the early morning light, with dew still on the surrounding bush (and the bonnet of our car – it gets surprisingly chilly in Indian parks at sunrise).

We slowly followed the tracks through high grass, when a beautiful male Sambar appeared from nowhere, stopping briefly to fix his commanding gaze on me who was staring back equally wide-eyed.

As we continued our search, our guide was keen to point out the unique wildlife the rest of the park has to offer as many people are so focused on the big cats (who doesn’t want to see a tiger?) that other wildlife often takes second place. We saw vultures nesting in rocky cliffs, monkeys grooming each other, their infants’ fluffy hair almost glowing in the morning light, the flash of brilliant blue from kingfishers and crocodile tracks, but a sudden warning bark from the deer focused our attention back on the tiger.

The noise attracted other vehicles in the area and we were soon joined by other eager safari-goers although our own 4wd and not the large 20-seater canters many other companies use, was able to explore the much more inaccessible areas, the place where a tiger would most likely be hiding and we soon left them behind. After our guide had clearly picked up the scent, we set off at some speed along the tracks and as we turned a corner, I saw the sleek silhouette of the tiger, her tail flicking from side-to-side, slowly walking away from us, catching glimpses of the deep orange sheen of her fur as she walked in and out of the shadows.

The image was so powerful that whenever I think of the moment it seems I am remembering a perfect picture I have seen, rather than the animal itself, such was the elusive, ephemeral quality of the cat. Regardless of the sightings, one may have in tiger parks, the beauty of this trip was that no matter what you see, the tiger’s presence is always felt – seeing them for me was just the icing on the cake.

Stories
India: Wild Karnataka
Justin Wateridge
“Rocky scrub jungle is good habitat for the sloth bear and leopard. Less so for the wolves. They prefer the plains,”…
Read More