Bhutan – On the cusp

“Mountains. Those are not mountains. They are hills,” explained our guide Karma. I was about to question his judgement – the so-called ‘hills’ were well over four thousand metres – but then I remembered that I was in Bhutan. Generally speaking, travel in Bhutan is helped by a suspension of rationality, consistency, chronology and any tendency towards impatience.

It is indeed a magical land in every sense of the word. A country that quite simply defies stereotype and cannot be pigeon-holed. It is a Buddhist culture that abhors killing, yet archery is its favourite pastime. To the Bhutanese the yeti is not a myth – Sakteng National Park has the unique distinction of being the only reserve in the world created specifically to protect the habitat of the yeti. There is even a post of the Royal Yeti Spotter, a post that has been occupied years, needless to say without success.

On the other hand, Bhutan’s magic is of a different nature: its enchantment lies in its wonderfully endearing and friendly people. Right from the moment I stepped off the plane, I was taken aback by their charm. The soldiers were not only unarmed but smiling and welcoming, even allowing tourists to take photographs. The immigration officials joked and smiled animatedly with all those waiting in line.

After a night in Thimpu, the only capital in the world without traffic lights, we headed east along a never-ending succession of hairpin bends. I quickly realized that a Roman road is an alien concept in Bhutan and any gear higher than fourth is redundant. Fortunately, there was a panacea to such nauseous twisting and turning: the scenery. It was continually and constantly impressive and is undoubtedly a defining feature of the country. It gives this mountain kingdom a sense of isolation and inaccessibility. It is this remoteness that has hitherto left the Bhutanese largely untouched and distinctive.

I was captivated by the snow-capped peaks, the sea of steel blue silhouettes of wave after wave of mountains, the steep forested ridges and precipitous drops to seething torrents far below. Ubiquitous prayer flags fluttered colourfully in the wind at the top of every pass. Blue, green, red, yellow and white symbolising the elements of water, wood, fire, earth and iron. Occasionally bright and new, mostly old and tattered, the prayer flags were always evocative.

So too were the houses. Surprisingly large, white-washed structures, with ornate dark wood frames, they stood perched on hillsides with commanding views over the panorama. Nearly all have a blaze of chillies drying on them. Colourful prayer flags rise up beside the houses, scattering dreams to the wild mountain winds. The walls, especially the windows, are a whirl of colour and religion with elaborate floral patterns of lotus, clouds and auspicious patterns.

It was, however, the dzongs that I found to be the most visibly striking architectural aspect of the kingdom. Of Tibetan origin, these huge citadels dominated valleys, rivers and major towns. Containing monasteries and set in commanding positions on hilltops or at the confluence of rivers, dzongs were built as military fortresses and administrative centres. Once upon a time, they provided refuge to entire populations, today they house the state religion of Bhutan, the Drukpa sect of Kagyupa, a branch of Mahayana Buddhism.

We arrived in Jakar, central Bhutan, to find it crowded – a relative concept given that the population of Bhutan is only 600,000. The crowds were evidence that Jampar teschu, a series of dances over four days in honour of Guru Rinpoche, who brought Buddhism to Bhutan in the 8th century, was in full swing.

The men looked resplendent in their ghos, a knee-length garment not dissimilar to a smart dressing gown with large white cuffs. Ghos come in a wide variety of patterns, which although reminiscent of Scottish tartans do not hold the same clan or regional allegiance. Anything goes except red as this is the colour worn by the monks. Women wear a long ankle-length dress called the kira, which is made of bright coloured fine woven fabric.

The atmosphere was ribald and raucous as the Bhutanese drifted amongst the various stalls. Some were intent on gambling, others on showing off their archery prowess or laughing derisively a friend’s failure to hit the target.

In search of the past, we headed east, away from the madding crowd. East Bhutan is separated from the rest of the country by a large and extremely steep chain of hills that runs from the Tibetan border almost to the Indian border. As we crossed the range by the Rushing La pass of 3,770 metres it did not surprise me to read that the road is vulnerable to landslides and is closed for periods of the year. It added to the remoteness of where we were headed, the sense of isolation on entering a hidden, forbidden world.

Leaving behind the cool, crisp mountain air we dropped some three thousand metres to the small village of Artuso, barely more than a collection of huts and houses alongside the roadside. Our arrival caused quite a stir and as we sought out a beer in the local store a crowd of curious children began to gather. Inquisitive faces peered through the window and feet were shuffled nervously as everyone strained to get a look at us.

The children were delightful and it was sad to bid them farewell the next morning as we left Artuso to begin trekking. With bright blue skies, we set off through sleepy rural villages. Gurgling mountain streams rushed through the villages turning prayer wheels. The incessant chirp of cicadas, a crowing cock and tinkling of distant bells accompanied our progress. The occasional and distant murmur of voices drifted to us from fields far below – in defiance of the steepness of the slope, much of the hillside was terraced. Gentle rural hues dominated these scenes of Bhutanese bucolic bliss.

It was a magical day’s walking and we arrived at our first campsite not feeling tired and footsore but rather rejuvenated and revitalised. Warmed by the afternoon sun, it felt great to lie back on the grass and enjoy the enormity of the vista surrounding us.

Another day of walking through more breath-taking scenery took us further into the mountains. Thus when we stopped to pitch camp later that afternoon, we felt remote and isolated. Invigorated by the beauty of our surrounds and miles from anywhere, I was both surprised and sceptical when Karma told us that we would have some local villagers singing for us later that night. By now I should have learned to trust in Karma and Bhutan.

Later that night under a star-filled sky the singers duly arrived. They were mainly women, all wearing kiras with their hair short and cropped. Their cheeks reddened and cracked from the harsh environment, they stood in a circle around a lantern as we sat by the fire. The women began their nasal, plaintive singing, the sound and tone so alien from anything occidental. The subject matter was more familiar: laments about unrequited love.

I think my experience in the small nondescript town of Mongar is a worthy epilogue of my time in Bhutan. We arrived in Mongar to find that there was no room in the inn, our basic hotel for the night. Rather than being housed in the manger, a reference somewhat lost in a Buddhist culture, I was generously housed in the family shrine.

As I settled down to sleep under the watchful eye of lamas past and present, I felt privileged to be in this room. It was symptomatic of the disarming generosity and trust of the Bhutanese. Yet it was more than that. With the flickering glow of the butter lamps, beautiful thangkas covering the walls and floor-boards polished from years of prostration I finally appreciated that despite the new religion, TV, blaring noisily in the front room, the old religion was very much a part of Bhutan and its people.

That night it all slotted into place. Bhutan is undoubtedly changing; it is on the cusp. But I also knew that for all its change and slow embrace of the outside world, Bhutan and its people retain a memorable allure and appeal. It is still a magical kingdom and one well worth getting to know. 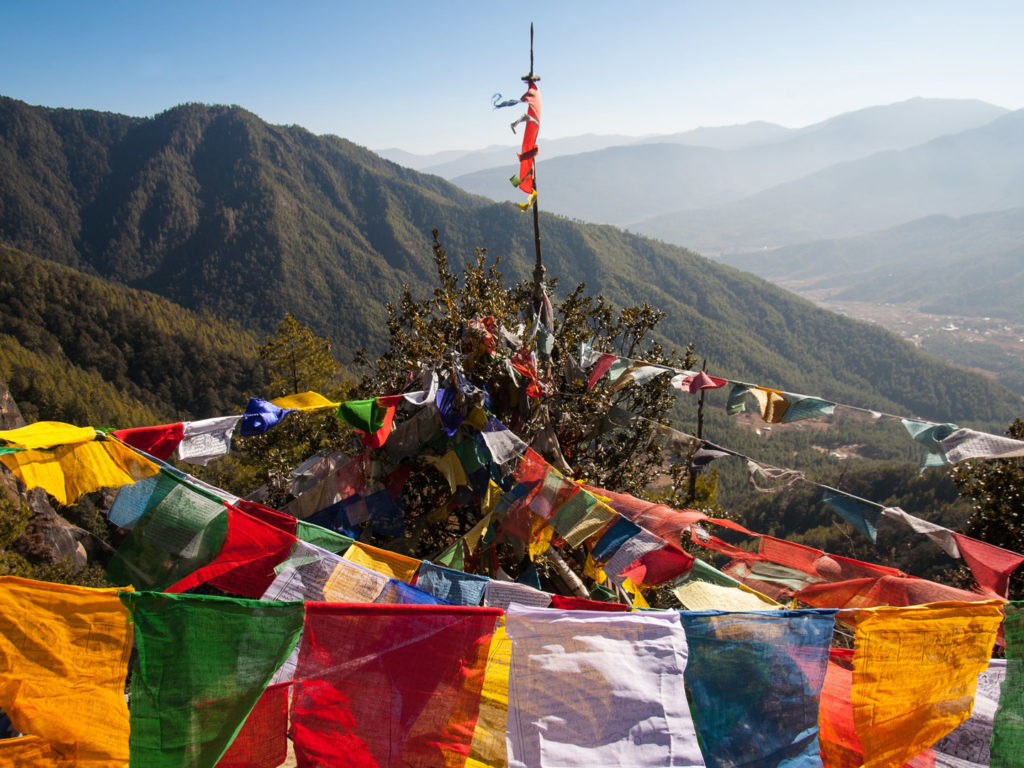 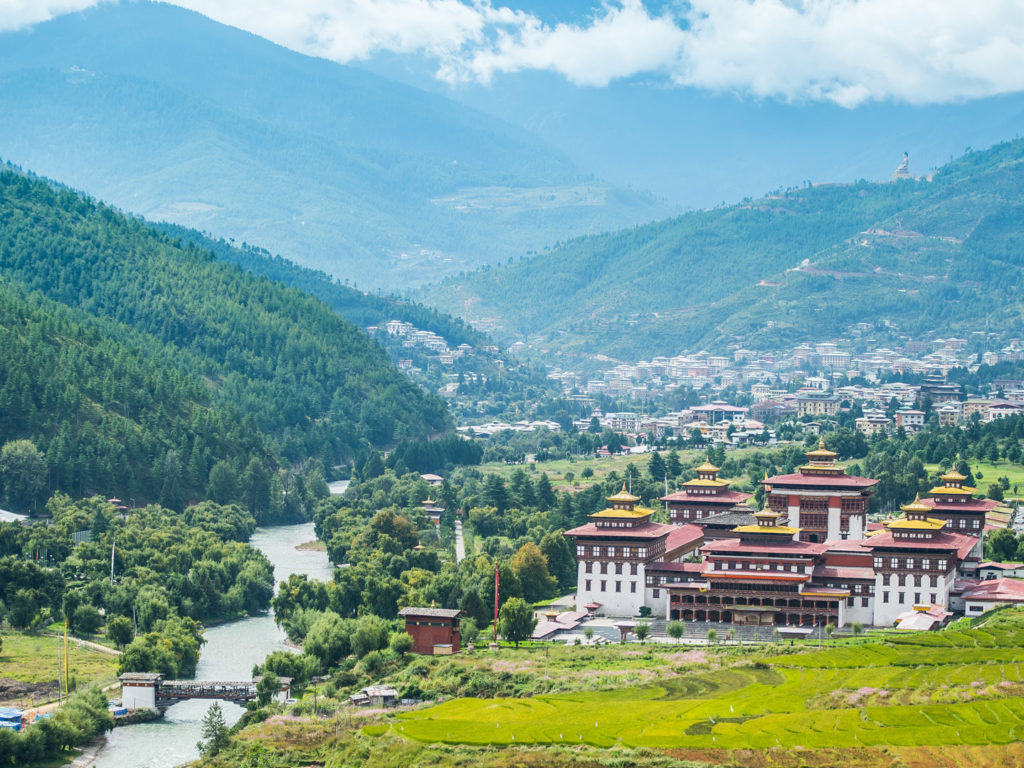 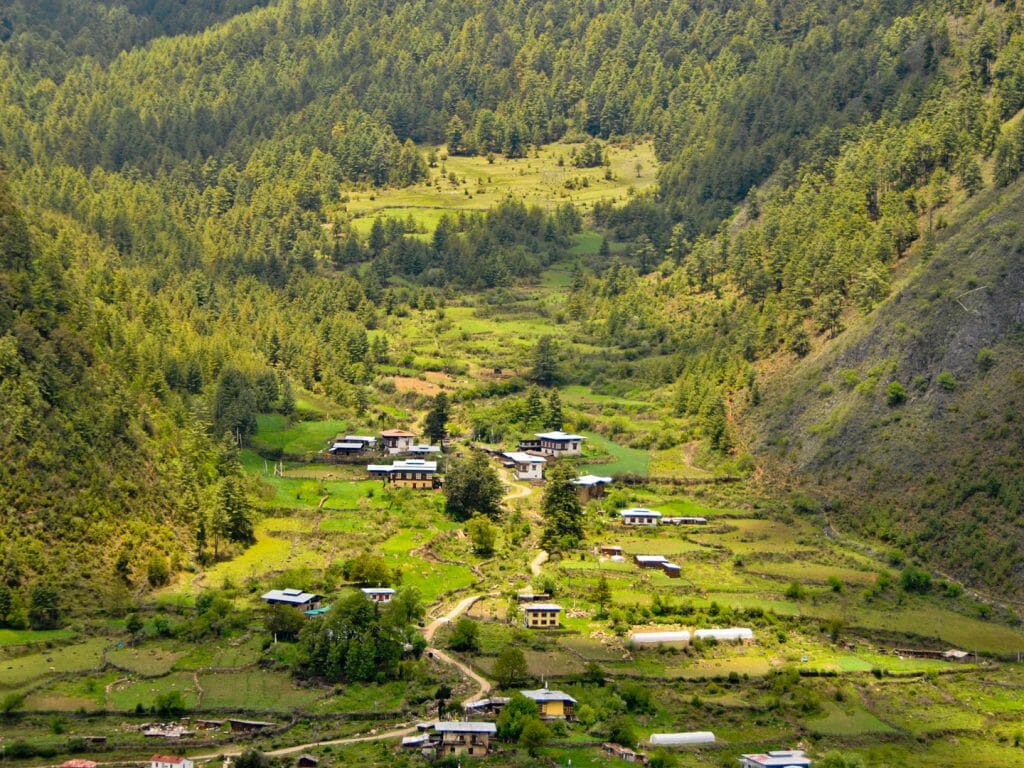 Q & A
Leading Ladies: One of our own – Q & A with Zara Fleming
Steppes Travel
Zara Fleming is an independent art consultant, researcher and exhibition curator who has specialist knowledge of Buddhist art. She first visited Bhutan in 1976…
Read Article 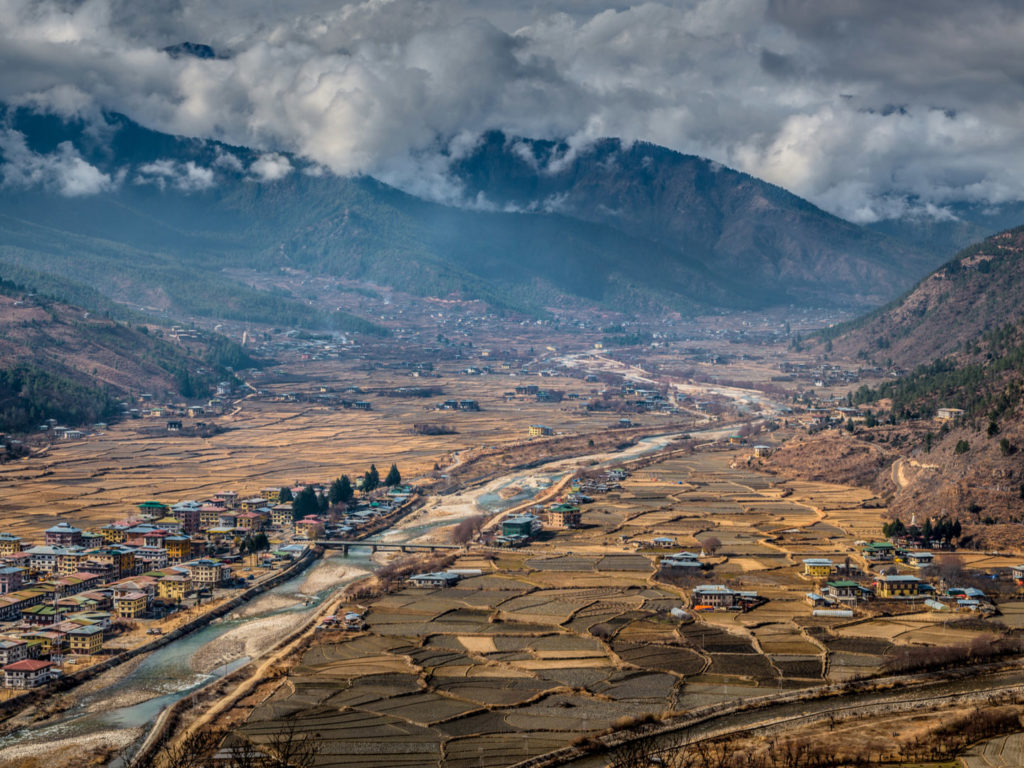 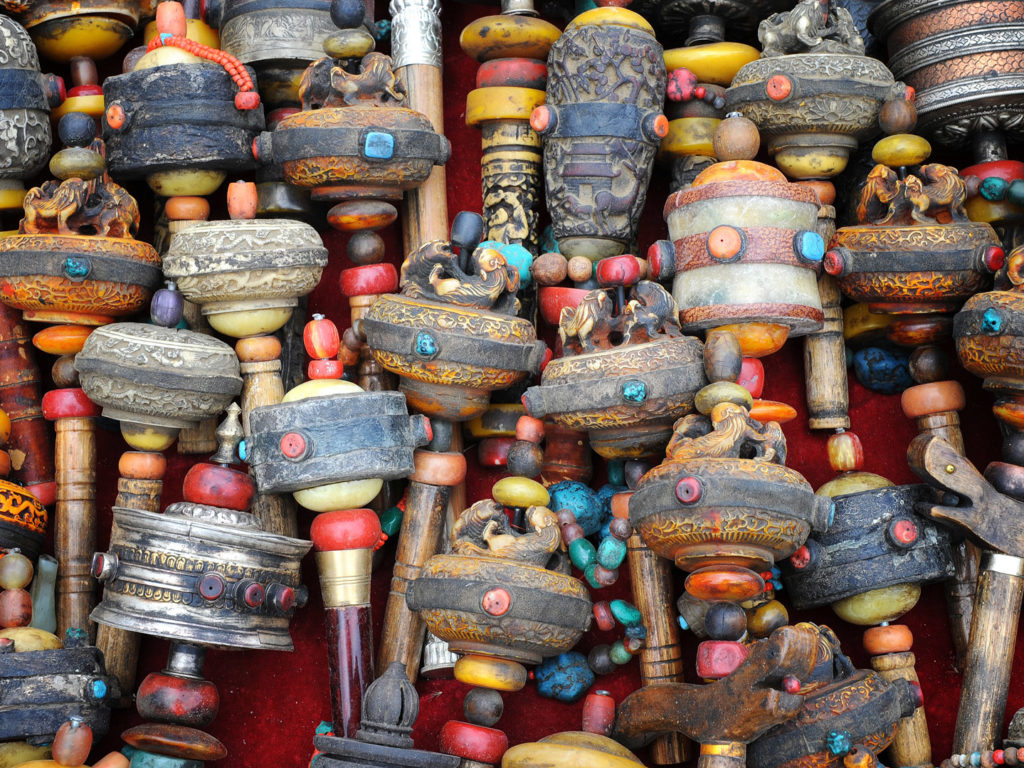 Stories
Beautiful Bhutan
Steppes Travel
“Have I just arrived in heaven” my sister whispered as we landed in Bhutan, a small, far flung Kingdom hidden away…
Read Article