Popular Destinations
See our full list of destinations
Tailor-made & Group Tour Holidays
See all of our Holiday Ideas
About
Travelling Safely
Our Content
When to Go
Best time to visit
Our People
Home Blog Antarctica at the start of the season?

Antarctica at the start of the season?

Don’t discount a visit the polar regions outside of the peak months of January and February. The shoulder months of October and early November offer a different experience and there are often excellent deals to be had.

In the Falkland Island it will be spring with flowers in bloom, the vibrant yellow gorse and manicured cottage gardens of Stanley will remind you of home but the bird life is somewhat different. The gaudy rock hopper penguins will be gathering in their cliff top colonies, comically hoping up the rocks. Nearby the black-browed albatross pairs will be going through mating ritual dances, synchronised performances of preening, bill clacking, staring, heads bobbing and then heads thrown back and calling.

On South Georgia the wandering albatross chicks will be preparing to fledge. Popping up from the tussock grass stretching their mighty wings and practising flapping in the winds on Prion Island. Once they leave they will remain at sea for up to 5 years and won’t reach sexual maturity until at least 7 years, returning to the very same colonies to reproduce.

Elephant seal activity on South Georgia reaches its peak during these months, with beaches covered in them, at all stages of life. From the just born pups through to the beach-master males weighing in up to 4000kg. The males will be fighting for mating rights and very protective of his harem of mothers who will be ready to mate around 18 days after giving birth. With mothers producing milk up to 50% pups soon grow and are weaned around 23 days from birth. The weaners are particularly endearing with their large brown eyes and they are often curious.

The Peninsula will be at its most pristine and in many cases you will be leaving the first footprints in the snow (other than those of the penguins.)  Adelie males arrive first to start making their nest of rocks with much squabbling and theft taking place. Gentoos and chinstraps tend to arrive a little later and you may see rafts of them in the seas around the peninsula.

The bays and straights such a Gerlache, Paradise and Wilhelmina will be choked with sea ice, trapping huge icebergs and nothing quite beats the fun of exploring these waterways in a zodiac, slipping through the leads as they open up in front of you.

Don’t take my word for it, see it for yourself on board the Hebridean Sky, re-launched last year following her refit and upgrade. 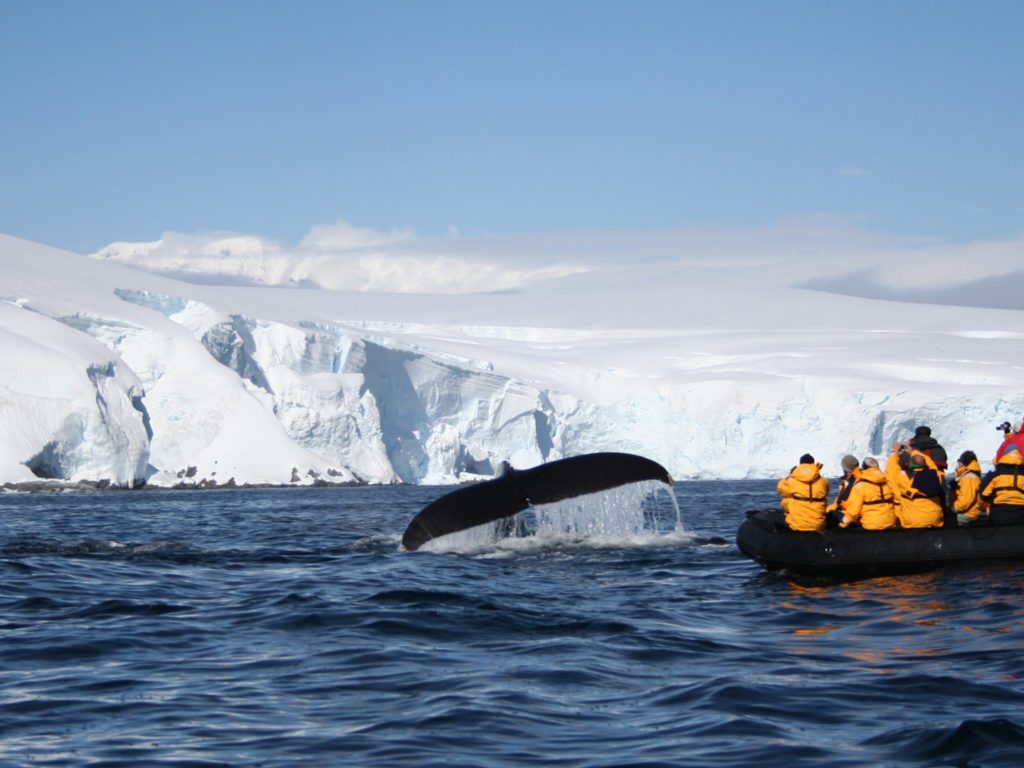