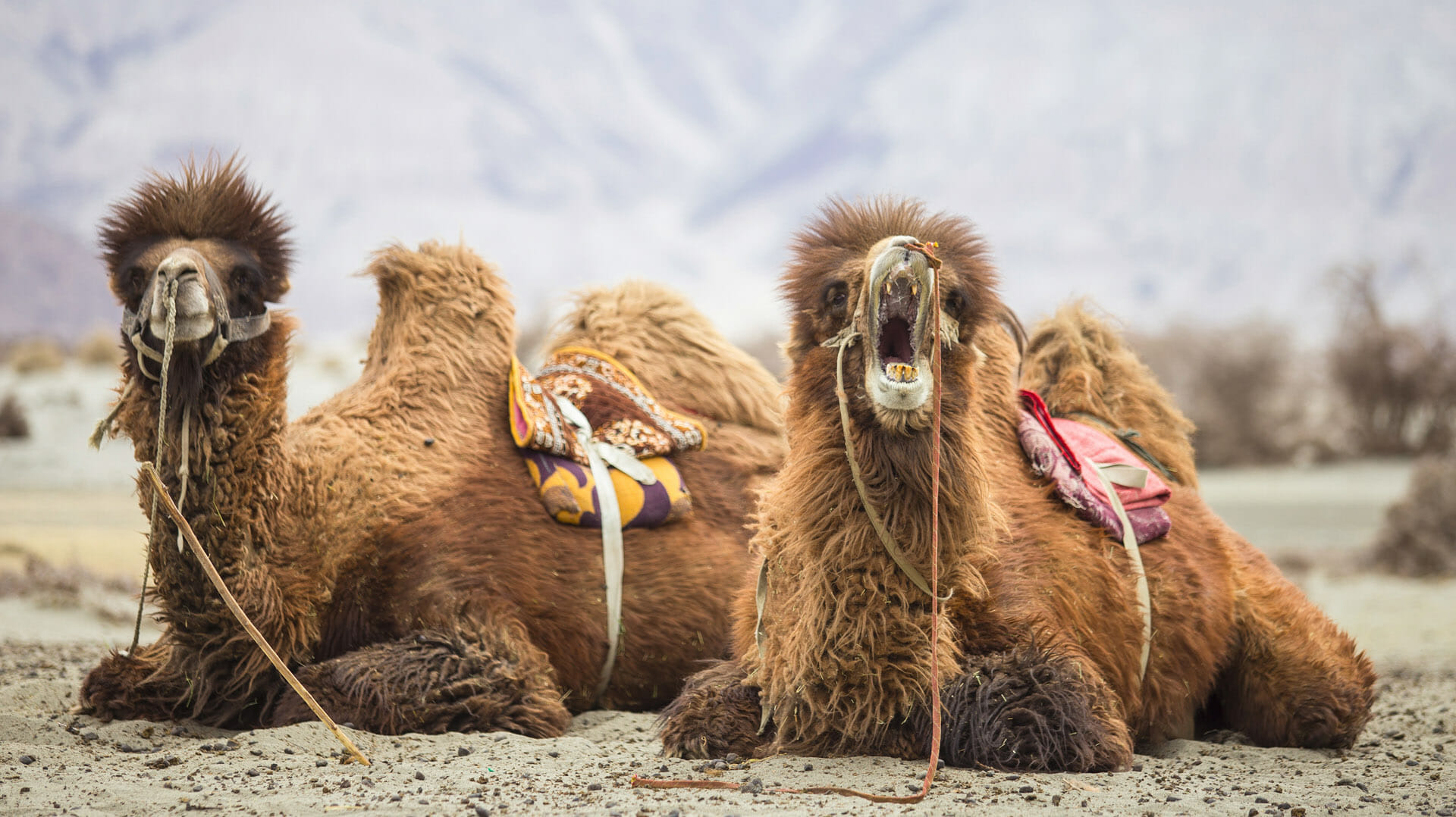 Home Blog A Short Walk With A Ladakhi Princess

A Short Walk With A Ladakhi Princess

Princess didn’t seem a likely name for a seven-year-old Bactrian camel. For a start, Princess was male.

But in him I trusted for the next two days, as he sure-footedly carried me through thickets of razor-sharp sea buckthorn, over rivers, and up and down milky sand dunes in the far north of Ladakh. In other parts of the world, I’ve thought camels are best missed; prone to spitting, they make clear their mutual distaste. Princess proved me wrong on a two-day road test of a new camel trekking experience in the Indian Himalayas.

Ladakh is northern India’s ‘land of the high passes’, wedged in between Pakistan and China. To get here I was driven expertly up and over Khardung La – the world’s highest motorable road.  Not for the faint-hearted, the Khardung La winds from Leh (already high at 3500m) to a giddy 5600m above sea level before dropping past scampering marmots and bushy yaks into the Nubra Valley,

This is the world stripped bare. Jagged peaks burst out of the barren landscape; they reach skywards and seem to grow as I watch. But on a camel, travel slows down. The stride is almost hypnotic.

I breathe deeply, filling my lungs with cool air. A flash of movement to the right reveals a hare bounding across the sand. There is no sound. I can hear only Princess, his gait sure and ancient, as old as the Silk Road trails his ancestors once rode and which still criss-cross this landscape.

Stories
India: Wild Karnataka
Justin Wateridge
“Rocky scrub jungle is good habitat for the sloth bear and leopard. Less so for the wolves. They prefer the plains,”…
Read More