Popular Destinations
See our full list of destinations
Tailor-made & Group Tour Holidays
See all of our Holiday Ideas
About
Travelling Safely
Our Content
When to Go
Best time to visit
Our People
Home Blog A journey through Kyrgyzstan, China and Pakistan

A journey through Kyrgyzstan, China and Pakistan

It has been more than 10 years since I visited Pakistan. Much has happened during that time and most of it not for the better. I have a rule of thumb, ask the same question five times and if three answers come back the same, then usually that is near enough right. With Pakistan, I was asking the same question 10 times and getting very different answers each time.

The question related to security. Pakistan is one of my favourite countries to visit but I was worried about going back. Nobody wants to go on holiday feeling they have to look over their shoulder all the time but at last, it felt like the right time. The Foreign and Commonwealth Office have lifted the ban on travel to Gilgit Baltistan (Hunza) and further collecting of knowledge from news sources, our partner in Pakistan, our insurer and most recently a direct security contact in Pakistan provided, in my view, a well-balanced picture of life in the country.

I was there during Muharram, particularly marked by Shia Muslims, to mark the martyrdom of Husayn Ibn Ali, the grandson of Muhammad, killed at Karbala in 680 CE. Thousands of people, dressed in black clothes, visit the mosques to listen to loud broadcast speeches by the mullahs and collect in large groups to march and beat themselves. Security was extremely tight. Armed police and Rangers were everywhere, the mobile telephone network was shut down in a number of cities and the Karakoram Highway was shut to all transport for two days, something that has not happened before. As a foreigner, I was told not to leave the hotel. I did not and never felt under threat. Precaution by the authorities being the key. It was for me more the frenzy of the crowds that was potentially intimidating but keeping away meant I was not subject to this real or perceived threat.

The advantage of this disruption was that the artistically painted lorries for which Pakistan is famous were all parked up. Vehicles have a finite life, especially when working but I did see a number of old Bedfords that started life in the U.K. Lorry art developed as a result of drivers being away from home for long periods of time. They wanted a connection with home so decorated their lorries. There are no rules and the imagination of the drivers and the artists assisting them makes for memorable adornment.

I entered Pakistan by crossing the Khunjerab Pass, the highest paved motorable border crossing in the World (4,693m) – my first world number one! I will not go into the procedures or the options available here suffice as to say that they are challenging for people without an open mind or patience. As you pass under the Chinese arch and enter Pakistan you pass the highest ATM in the World – number two ticked off.

This part of the country has some of the highest mountains in the world, 108 peaks over 7,000 metres. The country has five of the 14 highest peaks on the planet, those over 8,000 metres. Many lie in the Karakoram range which sits almost entirely in the Gilgit Baltistan (GB) region that I travelled through. As you travel down the Karakoram Highway, a road that has evolved over the years from a track hewn from solid rock one jeep wide to a far safer and wider road today, the wonders of the mountains are all around. Towering rocks, jagged glaciers and whitewater rivers never fail to impress. Stopping at the first Pakistani checkpoint to pay the compulsory entrance fee to enter the Khunjerab National Park, allowed me to view an Ibex resting on a mountainside through the scope of one of the security personnel’s rifles.

Everybody I met was welcoming. Domestic tourism is thriving which is a good barometer of how things have improved and now I feel that it is time for Western visitors to return. It helps to be reasonably fit in this area as there is some wonderful walking available. That said UNESCO submitted sites such as Baltit Fort in Karimabad (Hunza) and pre-history rock carvings at Heilkdesh, the wonders of village life (some houses are over 700 years old), fresh air, fresh fruit (apples and apricots) and nuts (walnuts), Spring blossoms and Autumn leaf colours make this a truly wonderful place to visit whatever your interests. Do not expect 5* accommodation but the best available is good. This should be seen as an adventure and not a sophisticated “pampered” holiday but for those that make the trip, the rewards are memorable.

I actually began my trip by flying into Bishkek, capital of Kyrgyzstan. I spent a day walking just outside the city at the Ala Archa National Park. Easily accessible but a great place to stretch the legs and get a taste for admiring the mountain scenery that awaited me in the coming weeks. From Bishkek, I ventured south spending the night at Chichkan in a small motel by a fast running river, drinking vodka with members of the Slavic, Kyrgyz, German University.

I then took a small diversion to see my third world number one – the world’s largest walnut forest in Arslanbob. The village has a small bustling centre where goods are traded, and people come to meet and chat. Part of the village lies on the valley floor, but parts climb the mountainsides. Here it is homestay accommodation with shared bathroom facilities. I took a local guide and spent the afternoon in the forest walking. He had a walnut grove himself and he explained to me how the allocation of individual walnut trees was made and who benefited from the collection of the nuts. The system had changed several times since Soviet times as different methods were tried and then refined because they either did not work or were unfair. He told me that villagers in Arslanbob were great climbers and could harvest and collect their nuts quickly. The adjacent villagers were poor climbers so those from Arslanbob made extra money by going to them and doing additional climbing.

The journey from Bishkek to the South and beyond to Kashgar travelling through the Irketsem Pass becomes ever more dramatic with wider vistas and taller more impressive mountains. The Irkestem Pass is another procedure I will not describe but what I said above applies in equal measure.

Kashgar has changed. The Chinese are paranoid about regional security and as such the city is patrolled by many police vans – this presence was increased as I was travelling close to National Day, 01 October which marks the founding of the People’s Republic of China.

Changes aside, I did enjoy my few days there.  There is an old section of the town which is wonderful to stroll through and a real highlight for me was the Mausoleum of Apak Hoja, a beautiful building of mosaics and tile work adorned with four towers on each corner. Visiting at the end of the day meant we had the venue to ourselves. Another highlight was sitting in a local tea house while local musicians played and old men danced, a twinkle in their eye for the few female tourists enjoying the occasion. The famous Sunday Livestock Market is now held 15 kilometres from town.

Another first for me, and the final world number one was travelling out to see Shipton’s Arch. This is regarded as the largest natural stone arch in the World and at 365 metres this is just a little shy of the height of the Empire State building for comparison purposes. Discovered by Eric Shipton, former British Consul in Kashgar, in 1947 it lay undisturbed and not visited until a National Geographic expedition located it again in 2000. Until then, access was extremely difficult. Whilst today it is accessed along a river bed and by a number of staircases it still remains a challenge for some.

This was a momentous journey. A journey of adventure with some stunning locations and scenery and interesting people and varying cultures. I hope that some of you will be able to follow in my footsteps and tread a little off the path well-trodden. 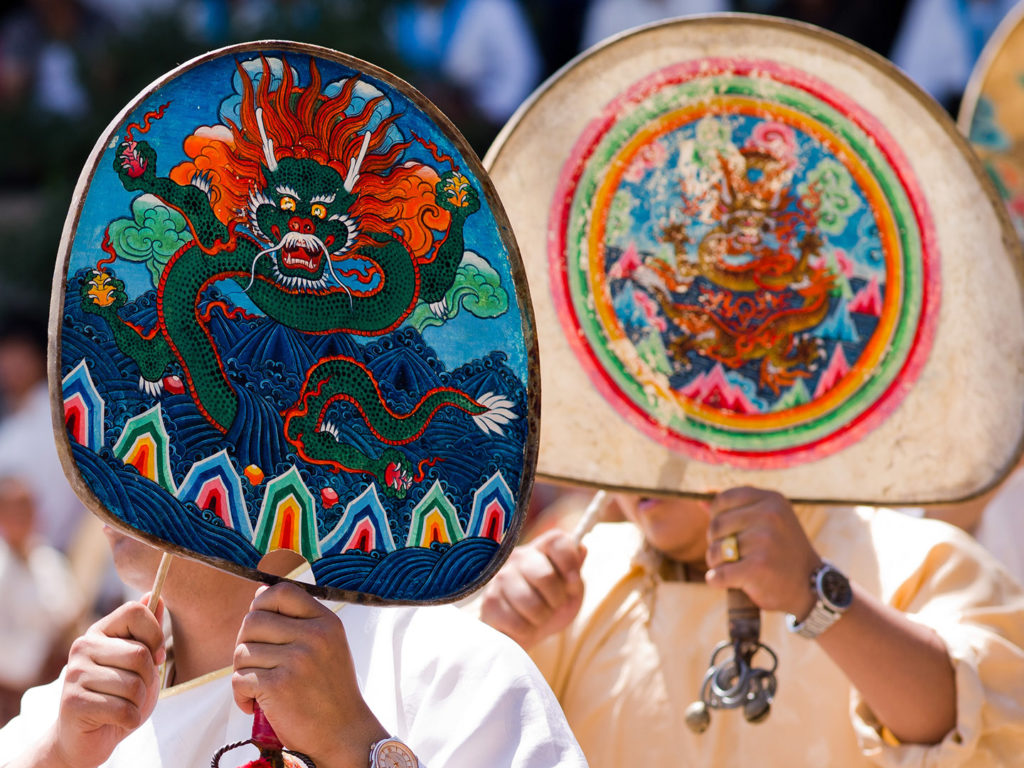 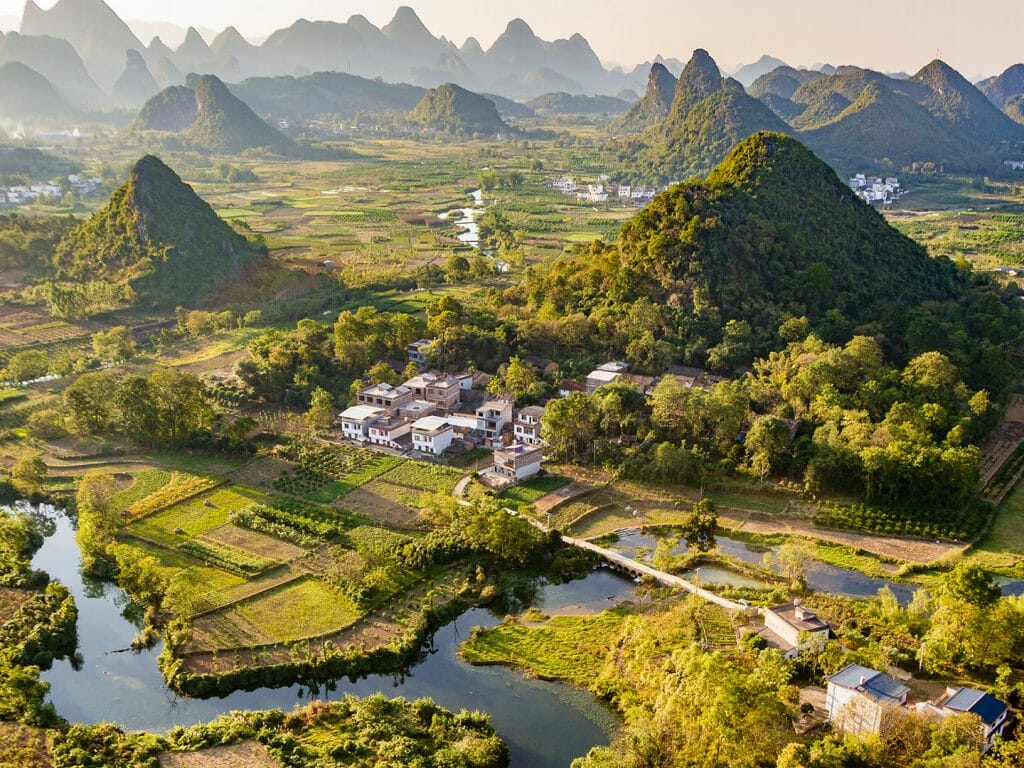 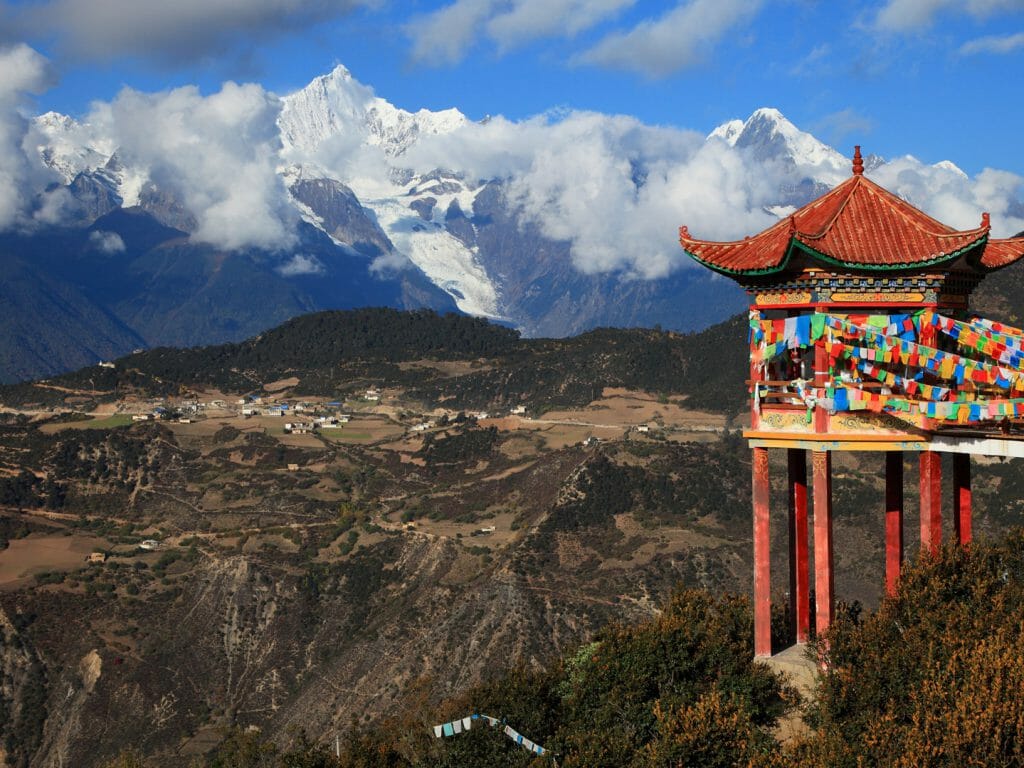 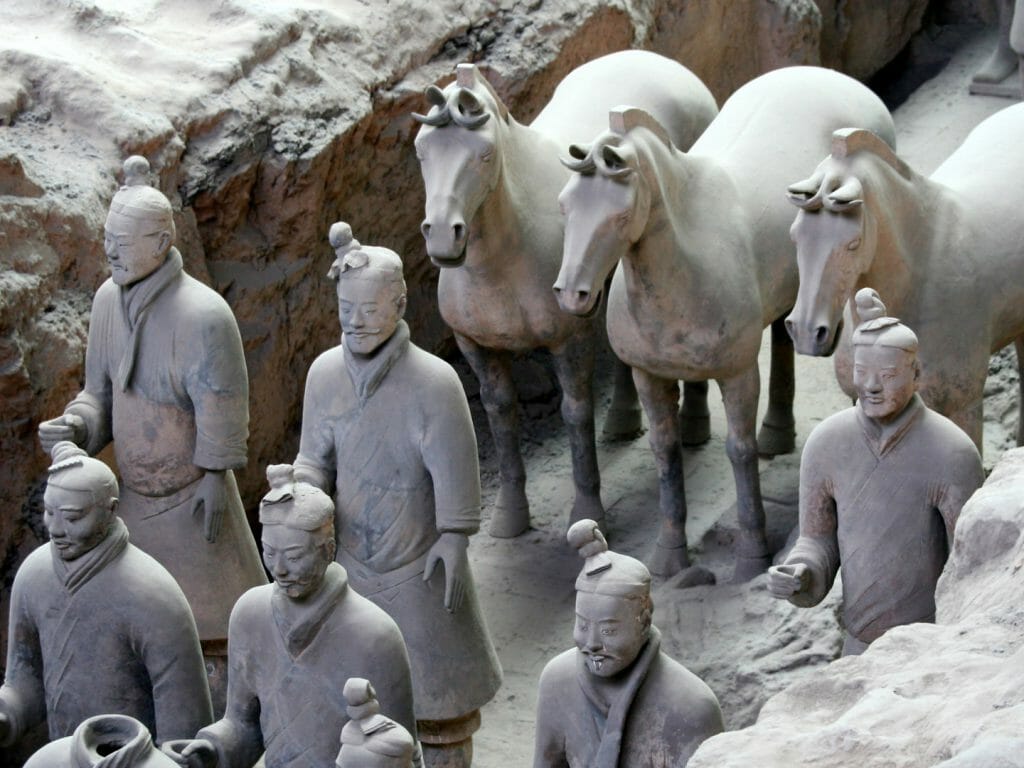 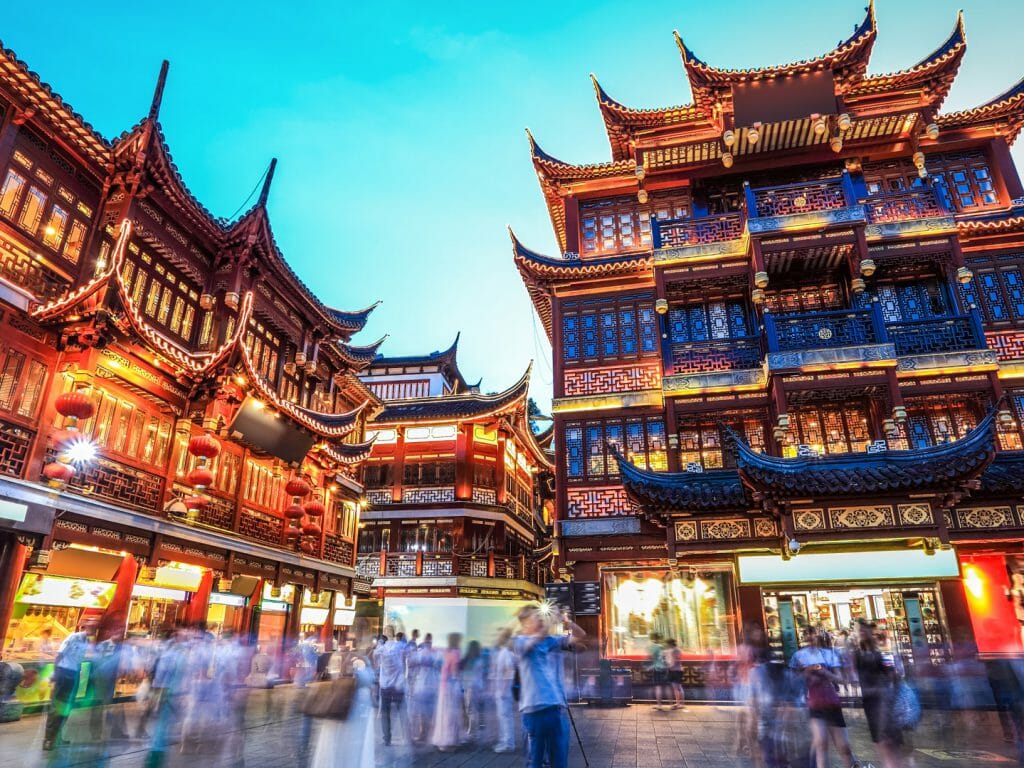 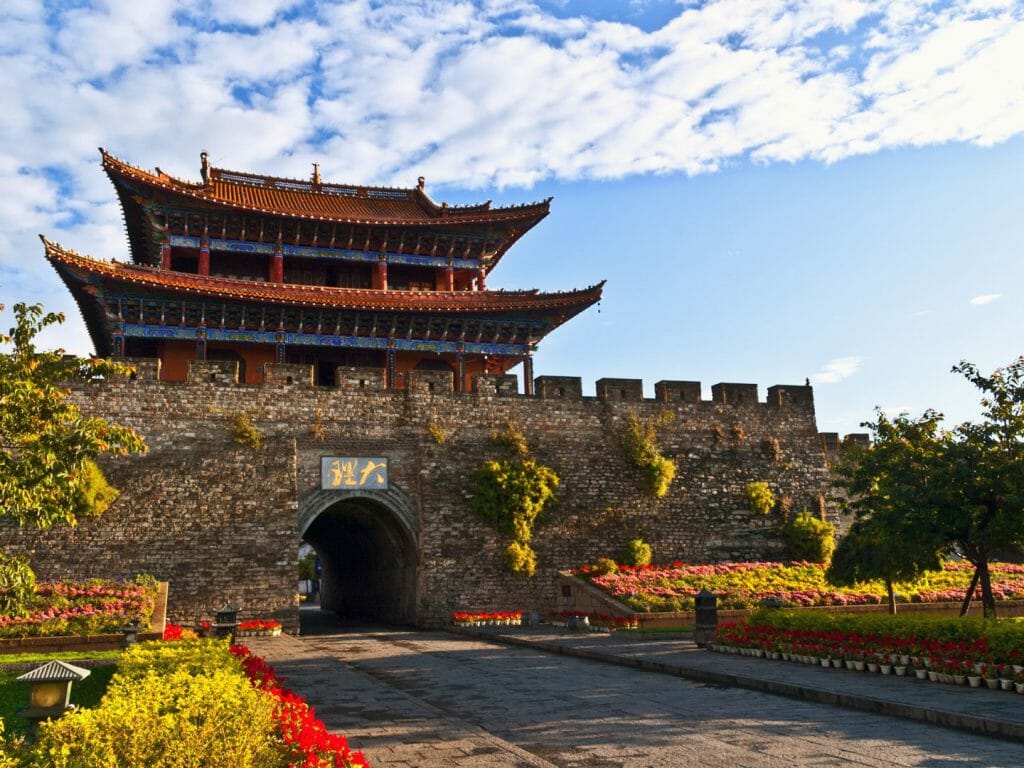 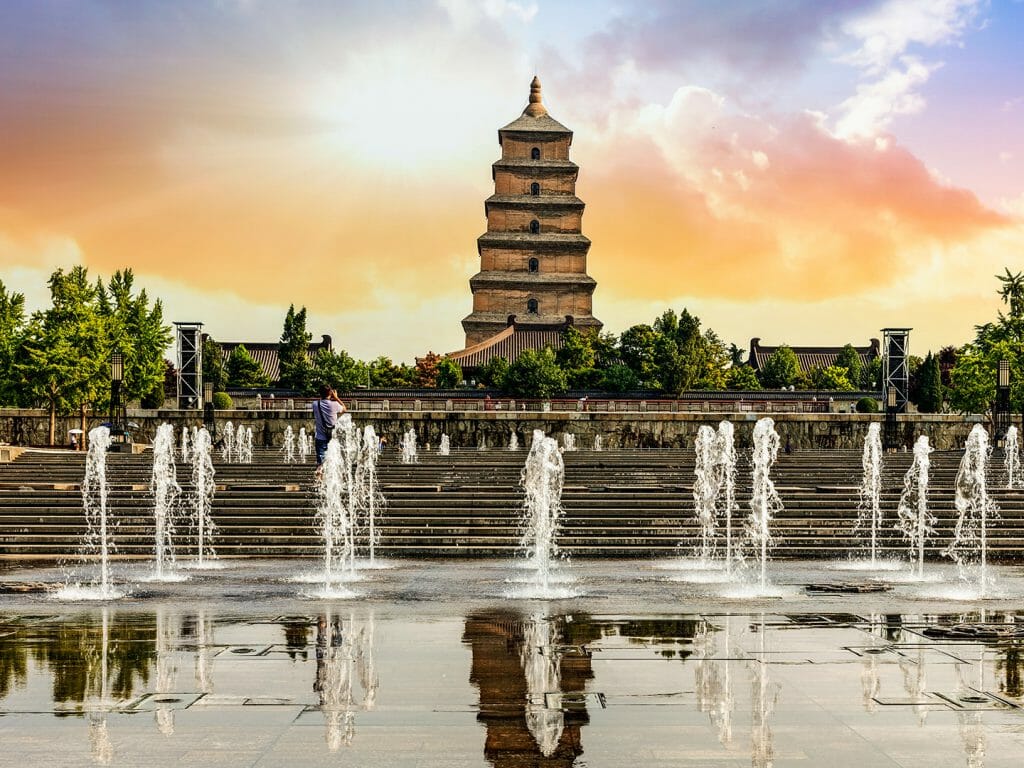