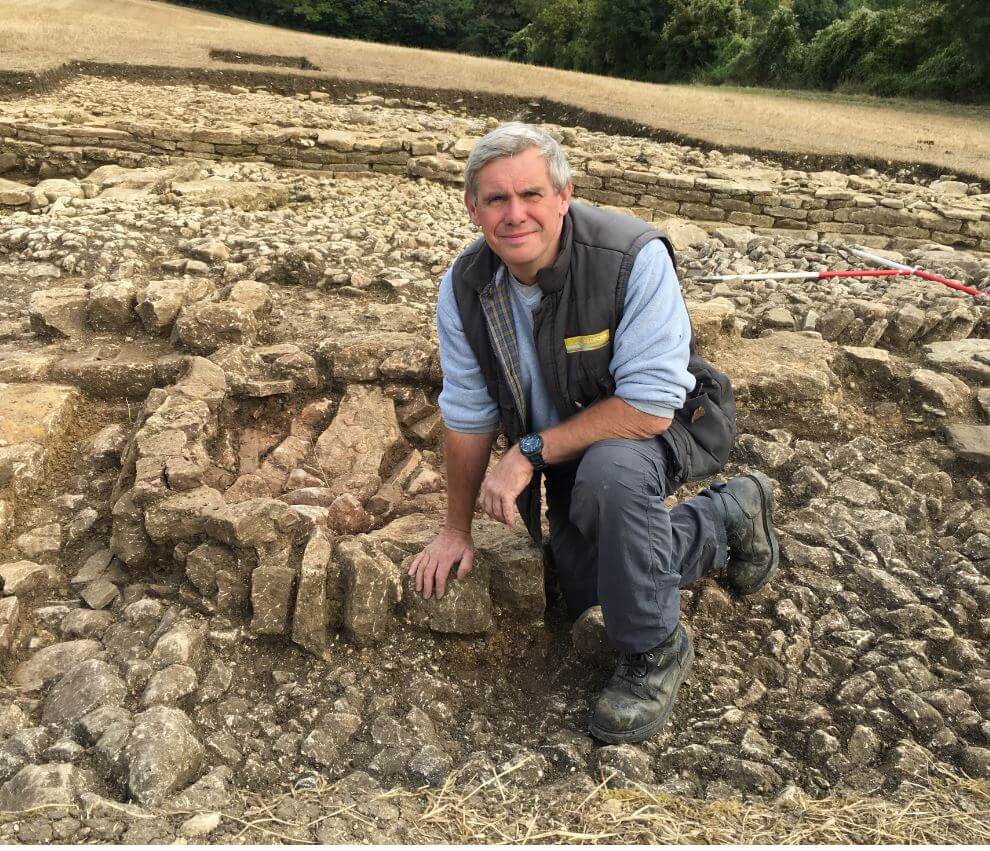 Having gained a BSc honours degree in Geography from the University of Salford Tony enjoyed a long career in the Royal Air Force. As an air traffic controller, he served at many locations at home and overseas including a tour in the Falkland Islands. Senior staff appointments, including as the head of the Air Traffic Control training school, honed Tony’s leadership and organisational skills.

Seeking further adventure Tony left the RAF to pursue his first love of Archaeology. Having gained a Certificate in Archaeological studies from the University of Bristol, Tony completed a Masters degree in Landscape Archaeology at Bristol. It was whilst enrolled on a PhD course that Tony realised there was extraordinarily little access to archaeology for the public. Consequently, he set up Archeoscan.

For over a decade, working with Historic England, local councils and museums, schools, and local interest groups Archeoscan has facilitated access to archaeological excavations and geophysical surveys for people from all walks of life.

Tony has directed numerous excavations on Roman, and other periods, sites in the Bristol and Gloucester area and has conducted extensive geophysical surveys on many sites. Having made several television cameo appearances Tony describes his most exciting archaeological moment as excavating the Tetbury hoard following its discovery by a metal detectorist. The hoard consists of approximately 1450 coins dating from AD 260s to 280s and is currently on display in the Cirencester Museum.

Tony is an Associate of the Institute for Archaeologists.