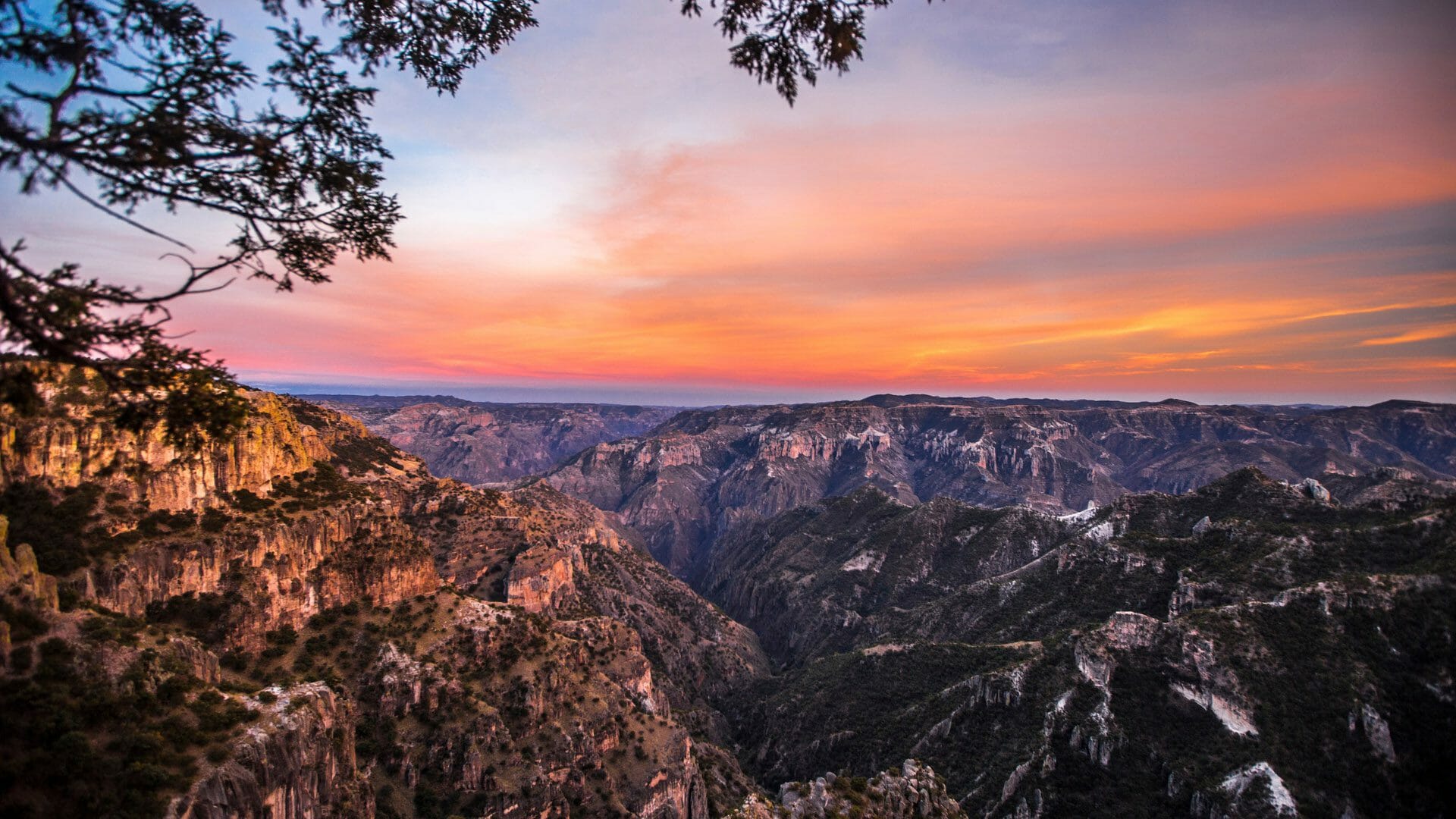 Travel to Mexico’s little-visited Copper Canyon, exploring its extraordinary network of passageways on foot and horseback, before moving on to the place that explorer Jacques Cousteau called “the world’s aquarium”.

This is the archetypal adventure for whale-loving wayfarers and those seeking to step off the hidden track in Mexico. 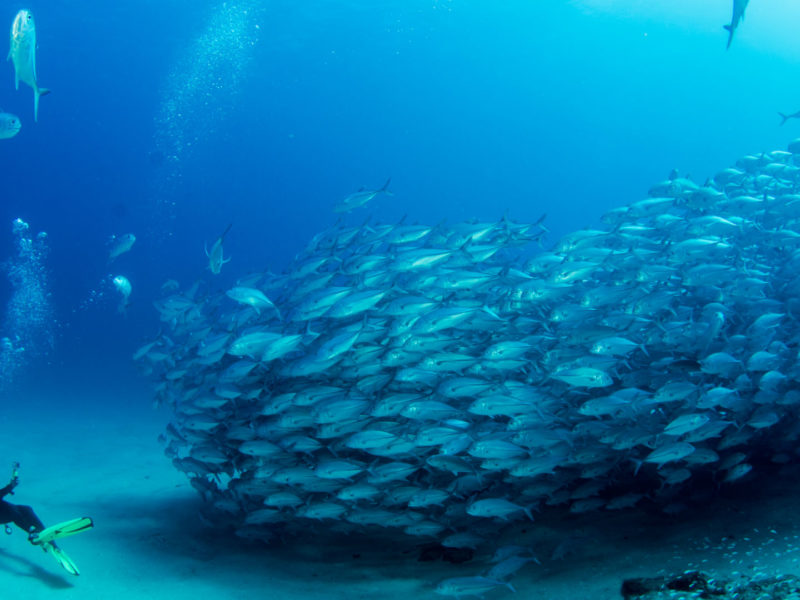 Snorkel with whale sharks and dive with tropical fish from secluded beaches. 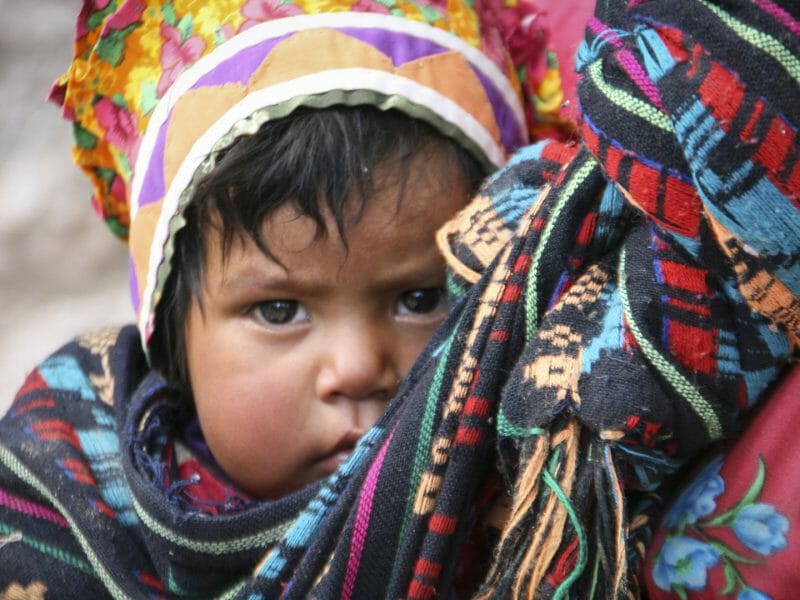 Encounter the Tarahumara, the indigenous people who thrive in this incredible place. 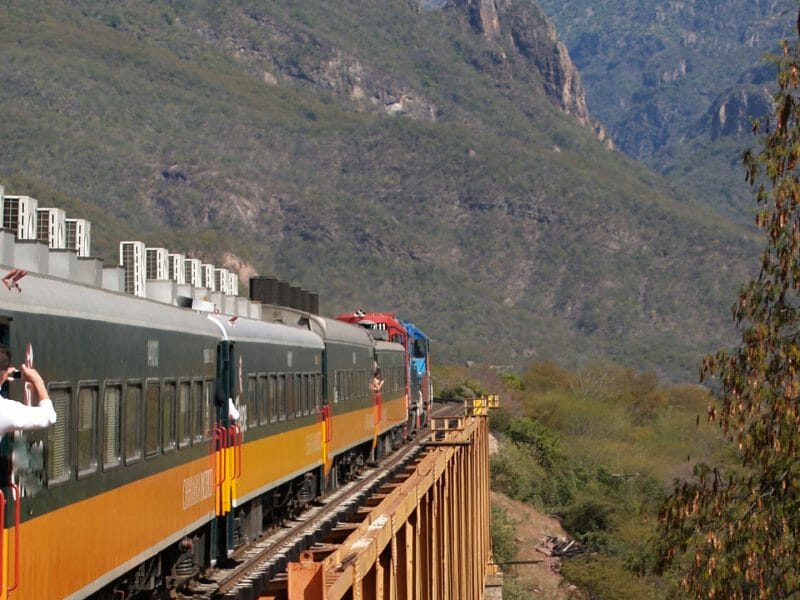 Travel on one of the world’s most scenic railway journeys, the Chihuahua al Pacifico Railway. 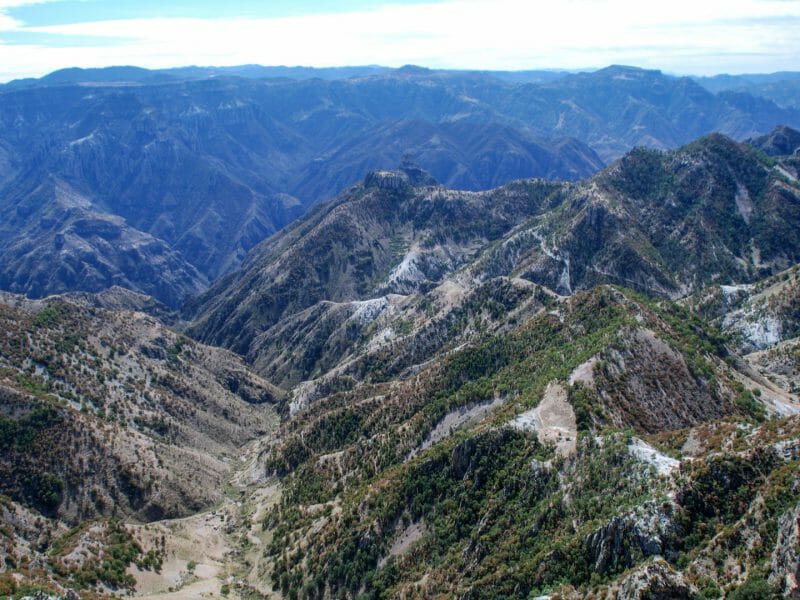 Discover a colonial town deep in the wild west of Copper Canyon, once a booming silver mine.

There are few secrets left in Mexico, but the Copper Canyon has been kept better than most. A world away from the well-known beaches and Mayan ruins of the Yucatan Peninsula lies a vast and rugged desert-like landscape that is dominated by colossal canyons and home to remote indigenous communities. Combining one of the world’s most coveted train rides with time spent snorkelling with whales on the nation’s spectacular Pacific Coast, this wildlife and wilderness adventure is truly exhilarating. Add a sprinkling of Jesuit churches, time spent on the golden beaches of Los Cabos and opportunities for zip-lining on one of the world’s longest lines and this trip becomes truly extraordinary.

Mexico on your wishlist? Talk to our experts about tailoring this trip for you. 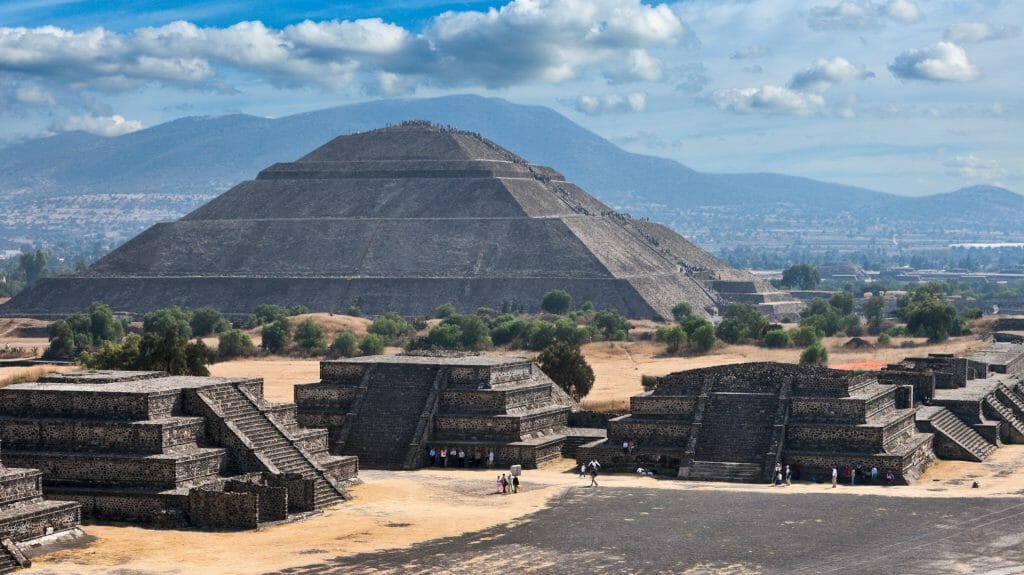 Explore the mysterious hand-built city of Teotihuacan (“the place where the gods were created”). 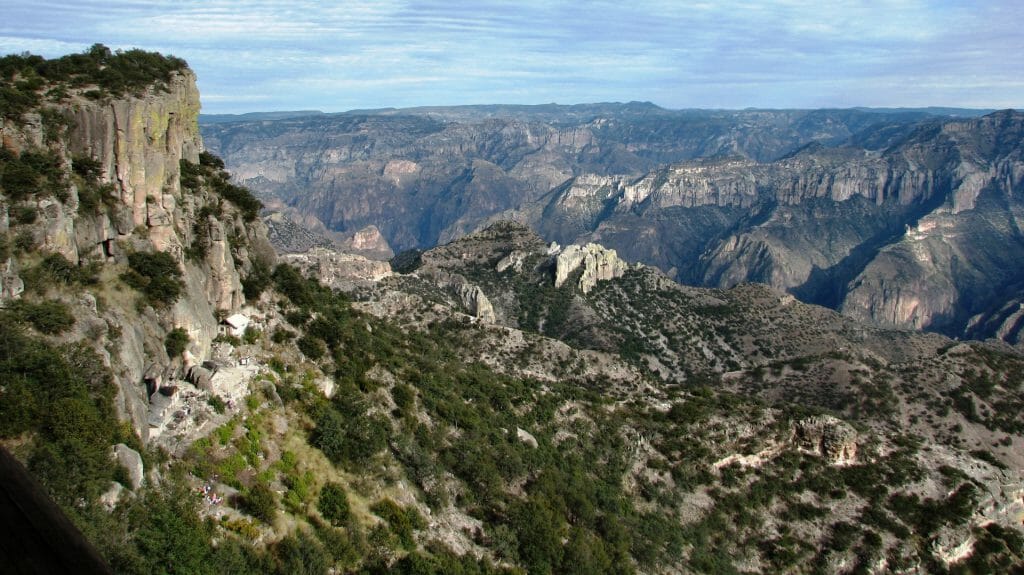 Discover a colonial town deep in the wild west of Copper Canyon, once a booming silver-mining centre. 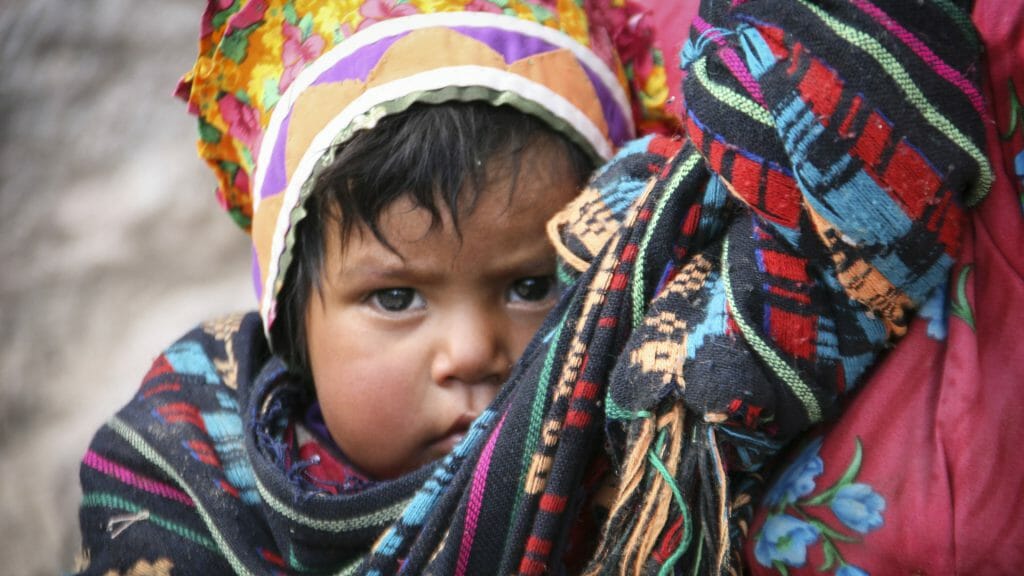 Dip in hot springs in the alpine town of Creel and encounter the traditionally-dressed Tarahumara Indians. 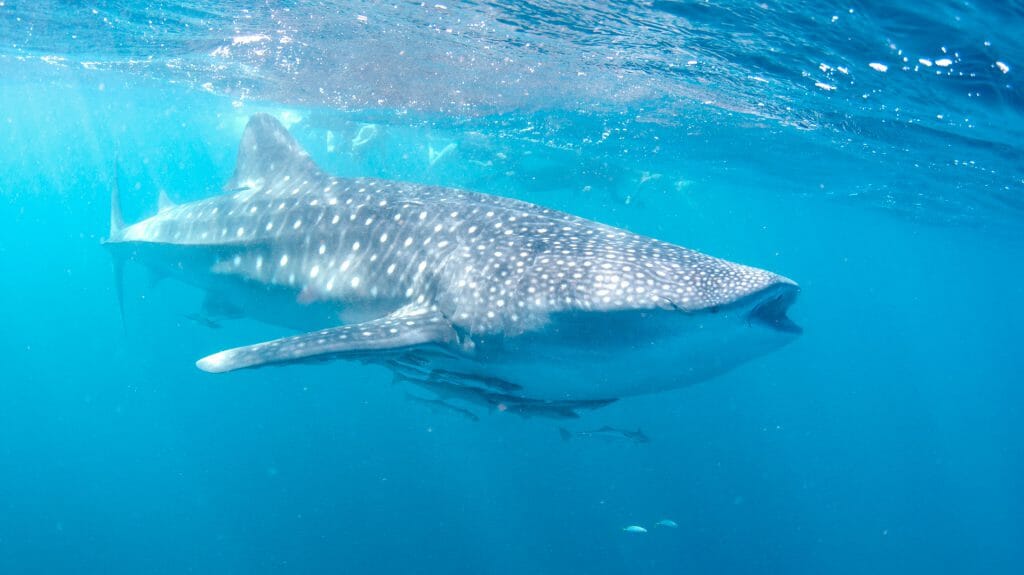 Snorkel with whale sharks and swim with sea lions on Espiritu Santo Island and navigate to a secluded beach.

Temple of the Moon

Explore the mysterious hand-built city of Teotihuacan (“the place where the gods were created”), the partially-collapsed site that houses some of one of the world’s most perplexing archaeological sites. In the company of an expert private guide, learn how the civilisation responsible for building the ancient city still remains a mystery and discover their glyph-based written language. When moving through the temples, noble palaces, pyramids and dwelling compounds, unearth the secrets of the inhabitants’ ritual sacrifices, deities, cosmological beliefs and everyday lives. You might even like to climb the 65-metre-tall Pyramid of the Sun and the 43-metre-tall Pyramid of the Moon, which afford unmatched views across the timeworn metropolis.

Board the Copper Canyon Train for an enthralling journey, alighting to visit old Jesuit churches, dip in dazzling lakes, walk amongst extraordinary rock formations and revel in the cool pine-scented breeze that contrasts starkly to the heat rising from arid gorges. Those seeking even more exhilaration can navigate a series of zip lines that stretch over half a mile in length and reach speeds of up to 60mph. Connecting the sun-drenched Pacific Coast with the arid mountains of the north, the tracks carve a route through some of the most dramatic scenery that Mexico has to offer. Beginning in grey mist-shrouded farmlands before climbing into the mountains that are home to the Tarahumara Indians, the route metamorphoses into a thrilling sequence of craggy cliffs and sheer canyon walls.

Learn about the fascinating rock formations of Mushroom Valley, laze by the river in time-forgotten Batopilas, dip in hot springs in the alpine town of Creel and encounter the traditionally-dressed Tarahumara Indians. Among the vast array of unique and off-the-beaten-track experiences that can be woven into this route are a privately guided tour of the Frida Kahlo Museum and a visit to Xochimilco, an ancient series of channels lined with floating gardens best visited on a flower-draped trajinera (a sort of Mexican punt).

In search of sea lions, playful mother and calf whales and a plethora of colourful marine life, sail out on a small boat to spend time in one of the world’s finest marine destinations. In the company of a naturalist guide, don snorkelling gear to swim with a playful sea lion colony and whale sharks. Swim with king angelfish, look out for bottlenose dolphins and perhaps catch a glimpse of blue whales whilst navigating the Sea of Cortez. Look out for surgeonfish, butterfly fish, damselfish and colourful parrotfish, and perhaps spend extended time simply floating in their cloud of colour or trying to spot a giant sting ray hiding in the sand before retiring to a spoiling beach hotel.

Posada del Hidalgo is a beautifully-converted colonial mansion located in the heart of El Fuerte. Situated below the old Fort, the building dates back to 1890 and is believed to be the site of the original home of ‘EL Zorro’ the Don Diego de la Vega. Today the hotel has 54 rooms split between new and old parts of the house. The latest rooms are located around a well-tended garden where the fountain statue of El Zorro stands, while the old part of the house has the original rooms, most with high ceilings and set around an inner courtyard. All rooms have private bathrooms and air-conditioning.

Situated in the heart of bohemian Condesa neighbourhood is the Condesa df. Built in the 1920s, inspired by the French it has been designed with the look and feel of a family home. There are 40 airy rooms and suites over five storeys, each decorated as a celebration of colour and texture and with spectacular views over the city. All rooms have an iPod and wireless internet connection. In the centre of a hotel is an internal courtyard, home to the hotel’s restaurant which serves international cuisine. There is a roof terrace with a fantastic view of the city.

The Four Seasons Hotel Mexico is located on Paseo de la Reforma, near Chapultepec Park and the National Museum of Anthropology, offering peaceful respite amongst the hustle and bustle of downtown. This Four Seasons hotel offers 200 beautifully appointed rooms and 40 elegant suites situated in an eight-story quadrangle overlooking a stunning courtyard centrepiece. Views across the courtyard fountain and patio are available from many rooms, suites feature attractive French doors opening out onto a private terrace, and executive suites also overlook Reforma Avenue.

The art nouveau Gran Hotel occupies a central location overlooking Mexico City’s historic Zocalo. There are 60 rooms and a rooftop terrace with views of the Government Palace and Mexico City’s Cathedral. President Porfirio Diaz opened the building as a trading centre in 1899 and the impressive Tiffany stained glass atrium ceiling for which the hotel is famous was added in 1908. The building became a hotel in 1968 when Mexico hosted the Olympics.

Formerly known as Casa Vieja, Hotel Busue is ideally located in the Polanco district of Mexico City. With just 11 rooms there is an exclusive feel to this small boutique hotel. The low ceilings with original floor tiles and floral murals are reminiscent of an ancient and decadent era. The hotel has been beautifully refurbished and modernised without straying from the old house roots. Sue 45 is the rooftop restaurant offering Mexican food with a twist.

Las Alcobas is located in the lively and fashionable district of Polanco. This former 1950s apartments residence has been recreated as a modern 35 room hotel finished to very high specifications. All rooms have wired and wireless internet connections, luxury bedding, TV, DVD and CD entertainment and theatre systems from BOSE and luxury bathrooms. A personal concierge service is available throughout your stay.

Perched at the canyon’s edge is the Mirador Hotel, near the highest point of the Copper Canyon. Named for its stunning views across the chasm. This deluxe hotel is surrounded by pine trees and appears to be “etched out” of the natural rock itself”. Each of the 48 comfortable rooms and suites has a private terrace that offers outstanding views of the Copper Canyon. This is an excellent base for bird watchers.

Casa Natalia is Los Cabo’s first luxury boutique hotel and restaurant in the historic Spanish Colonial village of San Jose del Cabo. It is set in a secluded enclave of palm trees, waterfalls and tropical flowers, and offers 14 deluxe rooms and two spa suites. Rooms have a private balcony with views overlooking the pool while suites have their own terraces with private outdoor whirlpools and sunbeds. The hotel has a restaurant and pool and offers a shuttle service to and from a nearby private beach club.

Thank you, Sue, for knowing which vessel suited our requirements for our trip to Baja California – in choosing a sailing accompanied by a National Geographic photographer, we have come home with both great photographs and great stories to tell.