Founded in 1533 by the Spanish conquistadores, Cartagena de Indias, the queen of the Caribbean coast, became one of the most important ports in South America, where much of the plundered jewels and gold from the continent was shipped to Spain, the mother country.

The essence of Cartagena’s old city is immortalised behind the robust fortresses and thick walls constructed to defend it from pirates and plunderers alike during the 17th century. It has now become one of Latin America’s great cities, well known for its friendly people and vibrant nightlife. It is a captivating city crammed with enough restaurants, museums, galleries and colonial churches to willingly lose time over.

This journey through Colombia takes in a host of the nation’s highlights, from the grand colonial churches and street art of Bogota to the UNESCO World Heritage city and coffee-growing regions of Cartagena.
With just a sprinkling of internal flights and some indulgent nights spent aboard a privately chartered yacht exploring the turquoise waters of the Rosario Islands, this is a beyond the ordinary way to experience the “gateway to South America“.

This Colombian adventure unveils some of the nation’s most offbeat locations, while still taking time to privately tour the galleries and architectural highlights of the cosmopolitan capital.
An extraordinary trip for intrepid visitors to “the gateway to South America”, it traverses both the Amazon Rainforest and the Guajira Peninsula.

A little more about Cartagena

Board a horse and carriage or wander aimlessly through the Puerta del Reloj, the old entrance to the city, and along the narrow cobblestone streets flanked by well-preserved colonial mansions and their overhanging flower-filled balconies. Sample delicious sweet delicacies sold along Portal de los Dulces and explore the beautiful yet grisly Palacio de la Inquisicion (Palace of the Inquisition). Taste tropical fruit juices on the Plaza de Santo Domingo and contemplate the twisted bell tower that looms above the city’s oldest church, Santo Domingo, which according to local folklore was sabotaged by the devil. 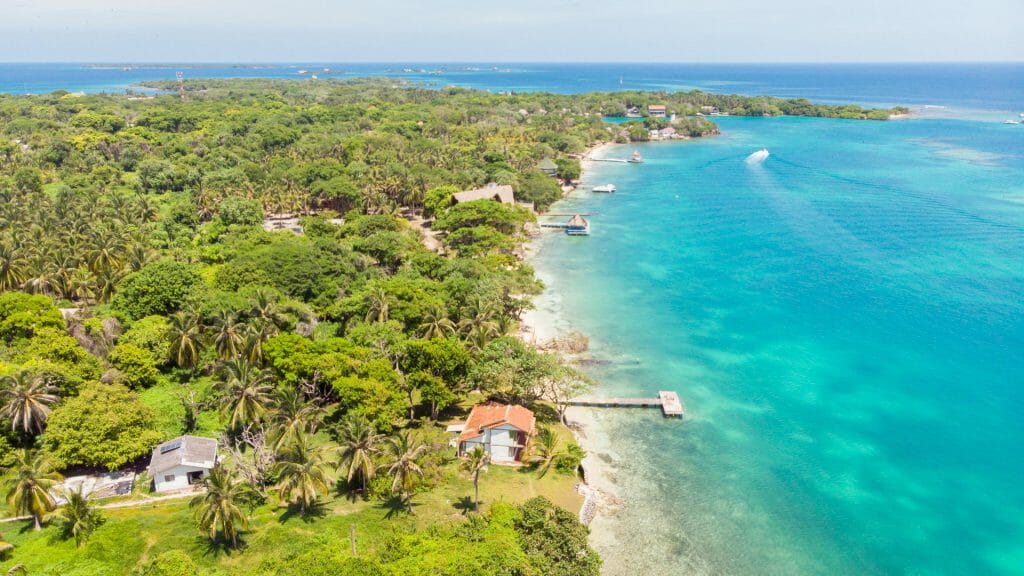 Take a boat trip to the beautiful Rosarios Islands, a national park made up of coral islands, beautiful beaches and mangroves.

Sip cocktails as you watch the stunning sunset from Cafe del Mar, a bar set atop the ancient city walls. 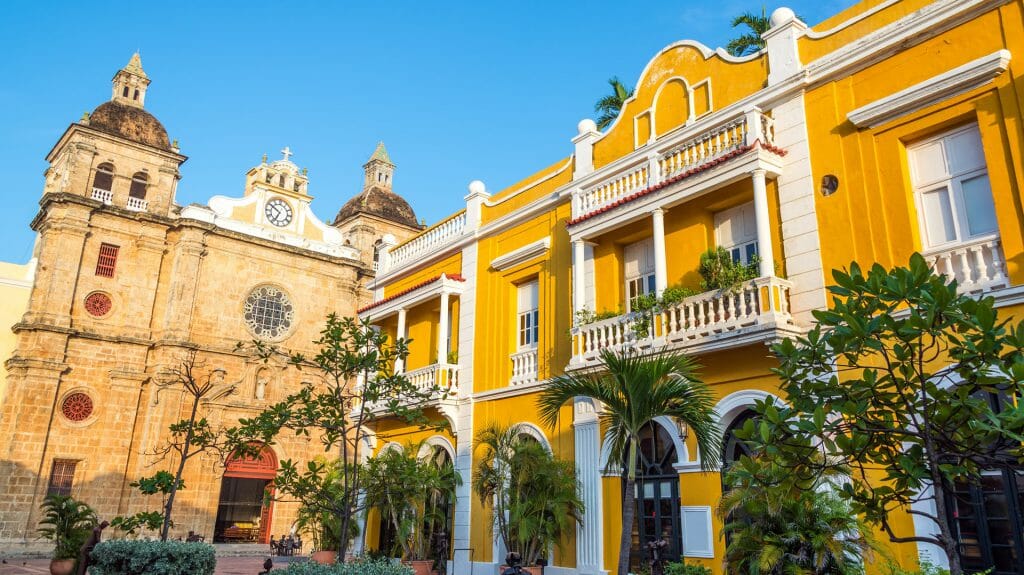 Alfiz Boutique Hotel is located in the heart of Cartagena. A former smuggler’s house, and then the British Consul, each of the eight rooms are dedicated to a specific period in the history of Cartagena. Alfiz…

La Passion is a charming boutique hotel housed within an 18th-century palace in the historic centre of Cartagena. This cosy and intimate property is an eclectic range of styles and tastes. Rooms are mostly decorated in a…

A former convent of Clarissa nuns built-in 1621, whose walls have acted as a defensive shield in the past, the Hotel Sofitel Santa Clara is a luxury hotel in the historical heart of Cartagena. Evoking the…

Hotel Agua Baru is situated on a hill on the western side of Isla Baru and is made up of three bungalows. It is only 45 minutes from Cartagena by boat. The bungalows enjoy total seclusion…

Colombia is a firm Latin favourite with John, who’s most memorable moment in the country included an exhausting hike through the wild (and lawless) Darien Gap with The Times journalist Martin Fletcher.

Bogota is a vibrant and cosmopolitan capital city, 2,640 metres above sea level and brimming with architectural contrasts.

The Coffee Region, also known as La Zona Cafetera or Coffee Triangle, is a beautiful region of Colombia which lies between the…

Spanning an area of more than 20,000km², the peninsula is bordered by the Caribbean Sea to the north and Venezuela to the…

San Agustin enjoys a wealth of history and incredible archaeological sites, and should certainly be considered amongst Latin America's most important historical…