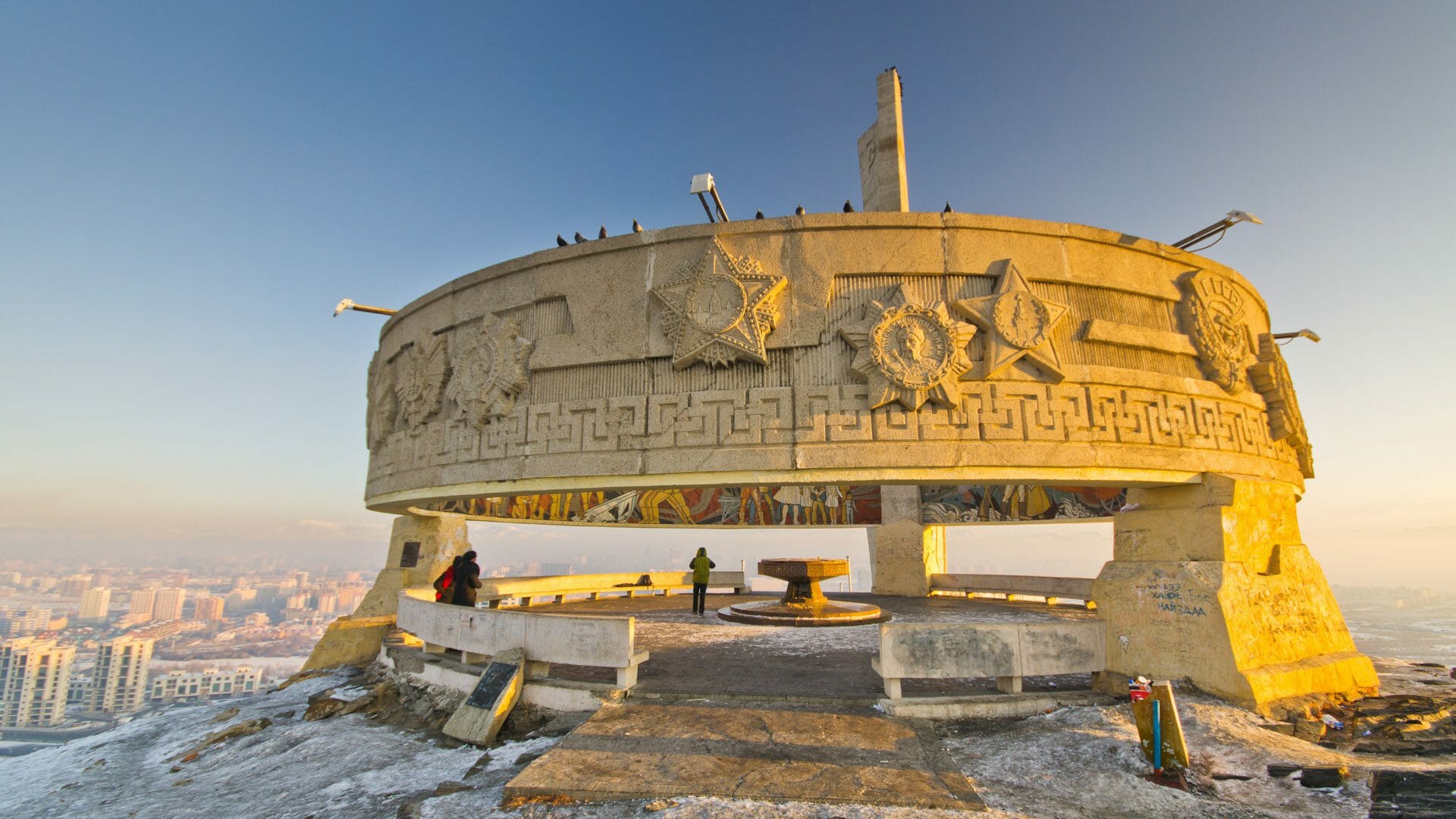 Made up of an eclectic mix of traditional post-soviet and modern Chinese-influenced architectures sitting alongside traditional ger dwellings.

This influx into the capital was caused not so much from the desertion of an ancient nomadic way of life but a number of bitter winters known as a zud which killed the nomads’ livestock. Over ten years ago there was 30 million livestock in Mongolia but 60% were lost in the winters of 2003 and 2004 and some more recently. The nomads had no choice but to pack up and move to the capital.

However they were not to give up their traditional life easily – ger translates as home and is their life, their symbol of freedom. Thus today 60% of Ulaanbaatar’s population lives in the ger city, a unique fusion of past and present.

Leave the city boundaries and within no time the open grasslands of Mongolia stretch as far as the eye can see.

Visit the Winter Palace of Bogd Khan, which is now a museum made up of six temples containing Buddhist artworks and sculptures.

Visit Gandan Monastery just outside of Ulaanbaatar – the largest Buddhist monastery in Mongolia.

Visit Chinggis Square, a symbol of Mongolia’s independence from the Chinese.

Take the lift or walk up the 130 feet tall stainless-steel statue of Genghis Khan for panoramic views over the surrounding area.

See fossilised skeletal remains and dinosaur eggs from the Gobi Desert at the Central Museum of Mongolian Dinosaurs.

View Holiday Idea
Idea
Mongolia
A Family Holiday to Mongolia
This holiday to Mongolia offers a family adventure through the open steppes to the landscapes of the Gobi Desert – full of activities and culture to keep the children captivated.
9 days from £4,150pp

View Holiday Idea
Group tour
Mongolia
Palaeontology in the Gobi Desert with New Scientist
This tour offers an incredibly exciting opportunity to work alongside distinguished palaeontologists from the Mongolian Institute, as part of an expedition team prospecting for fossils in the remote Western Gobi Desert.
15 days from £6,495pp 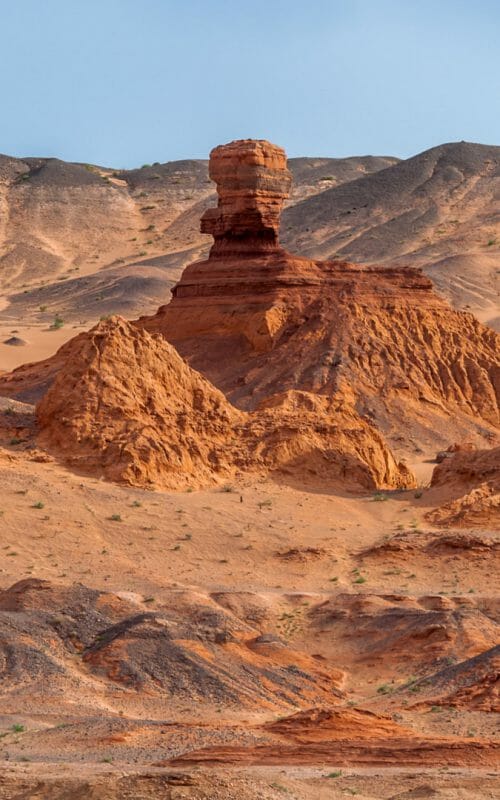 View Group Tour
Group tour
Mongolia
West Altai Adventure
Gain a fascinating insight into both Kazakh and Mongolian culture. Spend time in the Kazakh enclaves of Hokh Serkhiin Nuruu, Chigertei and Khovd combined with a spectacular journey into and across the western frontier of Mongolia.
13 days from £5,995pp 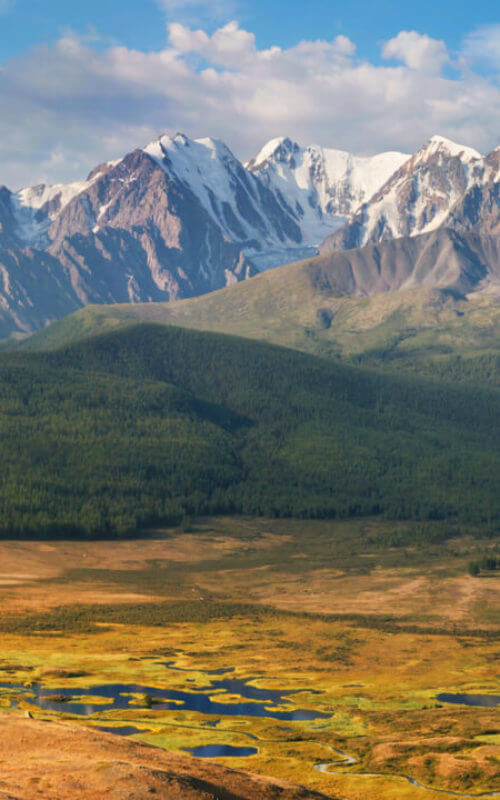 View Group Tour
Idea
Russia
Golden Eagle Trans-Siberian Winter Wonderland by Steam
A one-off Trans-Siberian rail journey in February 2021, on board the luxury Golden Eagle, powered exclusively by steam. Cross Russia, from Vladivostok in the far east, through Mongolia to the metropolis of Moscow over 22 days…
22 days from £14,495pp 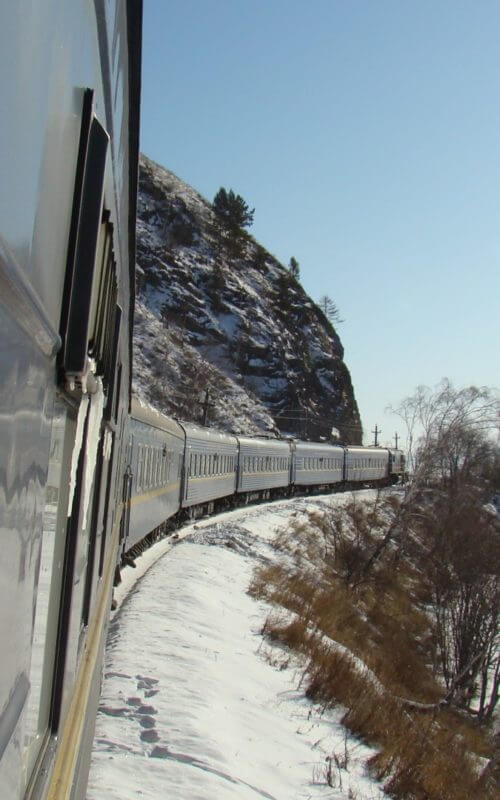 View Holiday Idea
Idea
Russia
Golden Eagle – Trans Siberian Railway
This iconic train journey connects east and west travelling from Moscow across endless steppes landscapes, over the Urals, hopping across the border into Mongolia before terminating in far eastern Russia in the military port of Vladivostok.…
15 days from £12,995pp

Our Mongolia experts have created and curated these holiday ideas to get you started. Take the time to search through them and find something to spark ideas for a unique adventure.

View Holiday Idea
Group tour
Mongolia
Palaeontology in the Gobi Desert with New Scientist
This tour offers an incredibly exciting opportunity to work alongside distinguished palaeontologists from the Mongolian Institute,…
15 days from £6,495pp

Jalman Meadows ger camp is an authentic low impact camp offering comfortable ger accommodation as well as separate library, dining and shower gers. The valleys surrounding the camp serve as winter grazing areas for the local nomads and the grasslands burst with the colour of wildflowers in the summer. Hiking, horse-riding, rafting and kayaking are amongst the activities on offer and the camp provides the opportunity to experience the wildlife, culture and landscapes of Mongolia.

Located midway between Ulaanbaatar and Hustai National Park, HS Khaan Resort is a luxury ger camp. The 26 individual cottages are housed in traditional, circular canvas ger structures, but with all the interior comforts of a hotel room. Comfortable beds with mosquito nets, ensuites with porcelain bathtubs and all with panoramic views over the open steppe. Facilities include a choice of restaurants and a terrace area that makes the most of the far-reaching views.

Paul, our Mongolian expert, joined Steppes Travel in 1994 and has visited Mongolia numerous times. His most recent adventure was with his son when they experienced a yak trek, staying in yurts as they travelled, as well as visiting a nature reserve where they found eagles and argali sheep.

Explore other regions in Mongolia

At Mongolia's western reaches lies a wilder and more unpredictable landscape dominated by the craggy peaks of the Altai Mountain range. 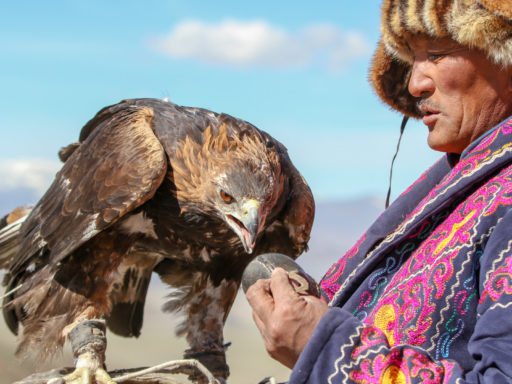 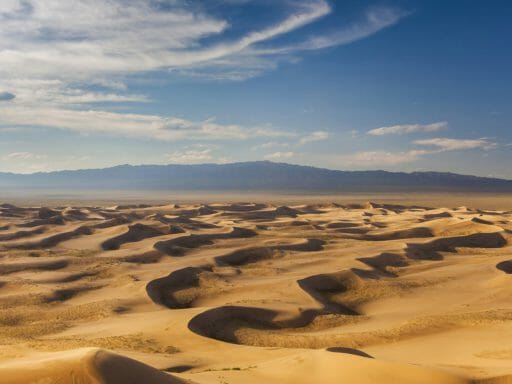 Mongolia's northernmost province, Hovsgol is also, without doubt, one of its most beautiful. 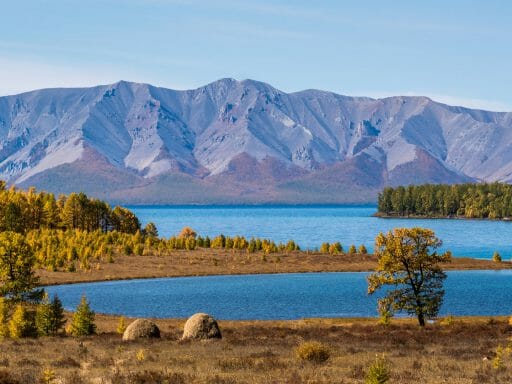