Famed for its volcanoes, spectacular scenery and endemic species found nowhere else on the planet, Hawaii is a unique island chain and quite unlike anywhere else in the USA. Each of its six main islands – Big Island, Oahu, Maui, Kauai, Molokai and Lanai – offer unique culture, history, landscapes and local stories. Below are some our favourite facts about the archipelago.

Formed from their position atop a geothermal hot spot deep under the ocean’s surface, the Hawaiian Islands are home to the world’s most active volcano, Kilauea. The islands are also home to the largest above-ground volcano in the world, Mauna Loa, which towers at nearly 14,000 feet high. This shield volcano is well-known for creating extremely high-volume liquid lava flows that lead to the mountain’s shallow profile. Extending across 70 miles, it comprises over half of Big Island’s total area.

2. It is where Captain James Cook met his unfortunate end

Among the most famous British navigators and explorers in history, Captain James Cook undertook extraordinary sailing expeditions across largely uncharted areas of the globe. On 14th February 1779, during his second visit to Hawaii, that Cook was shot and then drowned in the shallow waters of Kealakekua Bay since in these times it was considered unlucky for the captain of a ship to be able to swim.

3. It is the most isolated island chain on Earth

Located in the middle of the Pacific Ocean, the archipelago is located more than 2,000 miles away from, well, anywhere. Overflowing with more endemic flora and fauna than the Galapagos Islands, its ecosystem has developed in almost total isolation. What’s more, its landmass is not finite – there is more Hawaii being made every day! Owing to lava from its active volcano cooling in the ocean, Big Island alone grows by an average of 42 acres per year. Not only are the islands increasing in size, but also in number – it’s newest island Lo’ihi is still forming off of Big Island.

4. Its unique language is comprised of a 12-letter alphabet

Second only to Rotokas, the language of the Papua New Guinean island of Bougainville, the Hawaiian alphabet is amongst the shortest in the world. An ancient Polynesian language, it is spoken by few and very hard to understand – common street names are things like Kal’ia’iou’amaa’aaa’eiou, for example. It is still worth learning some phrases before travelling. The word aloha, which is synonymous with Hawaii, translates as love, peace and compassion and is a commonplace welcome. We also like ‘mahalo’, meaning thank you, ‘ohana’ meaning family and ‘ono’ meaning delicious. The brave can practise ‘humuhumunukunukuapua’a’, the name of the reef triggerfish that is the state fish of Hawaii.

In July 2015 Oahu (the most populated Hawaiian island) joined the other Hawaiian Islands and banned plastic bags from their stores. This made it the first state in the USA to completely ban the use of single-use plastic bags. 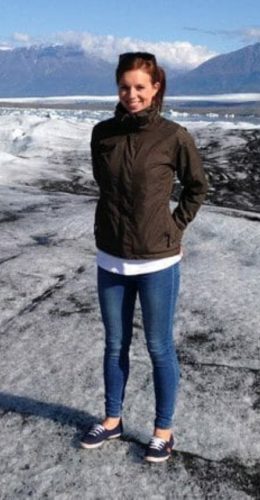 I love to squeeze as much out of my day as possible. An outdoors fanatic, I love to delve into harsh environments having summited numerous mountains and trail running into the unknown whenever I get the chance – whether at home or overseas. Funnily enough, it didn’t start like that. It took a few years for the burning fire of adventure to truly take light with my eyes opened by the adventures travel could afford.