Virunga National Park the only park in the world to have populations of three great ape species – the chimpanzee, the lowland gorilla and the mountain gorilla, but wandering through the shadowy forests you may find Okapi, both forest and savannah elephants, large colonies of hippo’s, numerous rare birds and even lion.

Added to this, half of all the biodiversity in sub-Saharan Africa can be found in Virunga. It is perhaps no wonder that this is a UNESCO World Heritage Site and one of the most exciting places to explore in the Democratic Republic of Congo, perhaps in all of Africa.

The park itself is comprised of three main sectors. The northern sector is defined by the Rwenzori Mountains that border Uganda. At over 5,000 metres, the summits of the Rwenzoris are permanently snow-capped and snowmelt from the Rwenzoris is one of the primary sources of the Nile River. Okapis can also be found here, living along the Semliki River valley.

The central sector is based around Lake Edward, the Ishasha river valley and the Rwindi plains. Lake Edward contains over 50 species of fish, as well as numerous bird species and the lake itself and the adjacent Ishasha river valley, are home to the park’s recovering hippo population – once the world’s largest. The park’s highest concentrations of elephant, buffalo, warthogs and topi are found on the Rwindi plains of the central sector, offering a much more traditional plains game safari.

There is another habituated group – Kimbombo consisting of 25 individuals – but it is further away from Bukima. The dense forests that cover most of southern Virunga, also make it ideal habitat for chimpanzees and numerous species of monkey, including the Blue and Colobus found in high numbers, particularly around Mikeno Lodge.

Discover some of our suggested activities to include on your holiday

Take a helicopter safari over the Virunga Mountains, spending time on active volcanoes.

Go in search of mountain gorillas in the Virunga Mountains.

Follow chimpanzees through the forests, tracking a habituated family.

Spend a night on Nyiragongo Volcano and watch the world’s largest lava lake from above.

Visit Senkwekwe – the only orphan mountain gorilla sanctuary in the world.

Meet the park’s anti-poaching bloodhounds and witness a demonstration for their abilities.

They are very much shelter and not much else. These fibre-glass huts keep out the wind and stay surprisingly warm but are very spartan. Inside each hut are small foam mattresses, which lie directly on the floor. However, after the hike to the top, they will feel like a king-size bed.

This is a great little lodge and the only small, boutique-style property in the area. Each of the 12, solid lava stone and natural thatch bungalows sit in the heart of Virunga National Park, overlooking the forest or valley with Nyiragongo and Mikeno volcanoes in the distance.

Bukima means the place where there are monkeys and whilst it was originally built as a base for researchers, it is now used as the starting point for Virunga mountain gorilla treks. The six, large meru-style safari tents (4 doubles and 2 twins) are all en-suite (flushing loos and bucket showers) with a small dresser and simple safari chairs, with a similar, but much larger main mess tent, where wholesome, simple meals are taken and where batteries can be charged.

Talk with our experts
Idea
Democratic Republic of Congo
Virunga Volcano Climb in the D.R.C
Climb Mount Nyiragongo, a volcano in Virunga National Park in eastern DRC. Spending a night on its peak, ascend to the rim of the crater and look down at the world’s largest lava lake – found within a UNESCO World Heritage Site.
3 days from £1,265pp 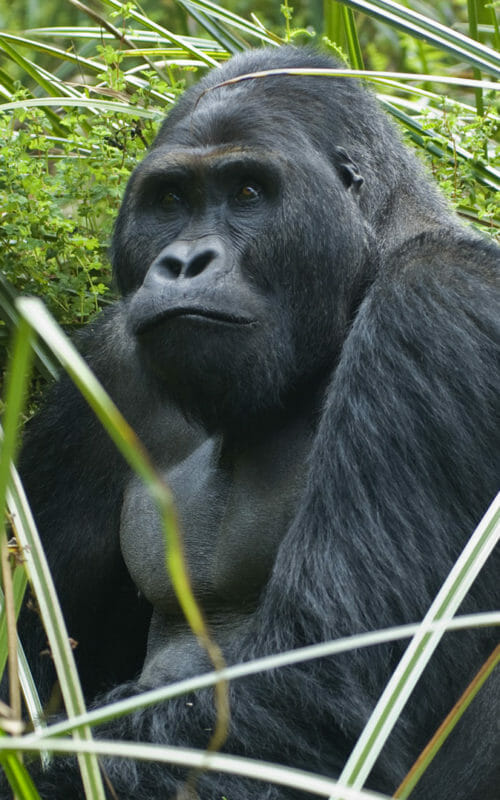 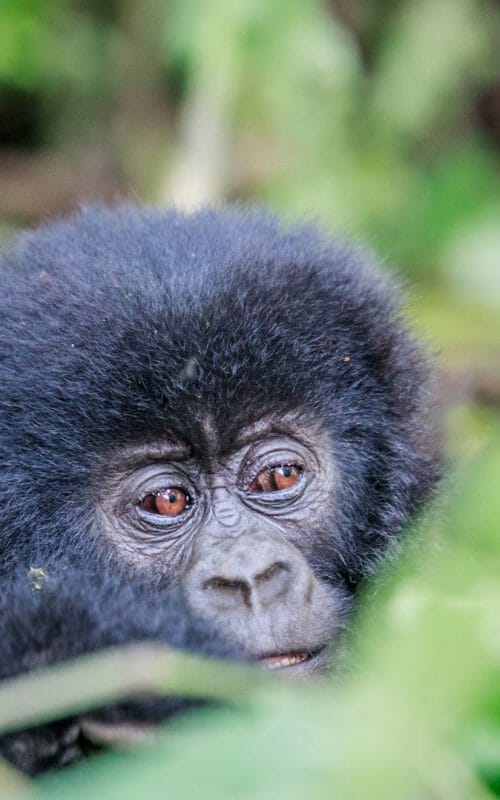 Our Democratic Republic of Congo experts have created and curated these holiday ideas to get you started. Take the time to search through them and find something to spark ideas for a unique adventure.

Idea
Democratic Republic of Congo
Virunga Volcano Climb in the D.R.C
Climb Mount Nyiragongo, a volcano in Virunga National Park in eastern DRC. Spending a night on its peak, ascend to the rim of the crater and look down at the world’s largest lava lake – found within a UNESCO World…
3 days from £1,265pp

Founded in 1939 and later a designated UNESCO World Heritage Site in 1980, Kahuzi-Biega National Park remains the last stronghold of the…