Wrangel Island features on very few map & its neighbour Herald island fewer still. Each summer as the Arctic ice retracts a chunk of ice gets hooked on pregnant mothers an ideal location to den. The ice eventually disappears leaving the bears stranded on the islands for the short summer living off their fat reserves and making the most of any opportunities that come along.

During our 5 days of voyaging around both Wrangel and Herald Islands we were joined by 3 researchers who live and work there during the summer. This gave us an even greater insight into this amazing destination and their intimate knowledge of the region allowed us the greatest opportunities to explore.

In Russia guides do not carry firearms, they carry flares, a long stick and a very enlightened attitude. “We arrive on equal terms, if you carry a gun you ultimately have the upper hand” my guide told me, “we watch the bears and their reactions, if they are relaxed then so are we”. As bears congregate in such large numbers they are quite tolerant of each other and if shown respect are equally tolerant of humans. I was certainly under no illusion that the polar bears if given an opportunity would take it, they have great curiosity but are also cautious hunters.

The first time we landed with bears in sight and then actively walked towards them I was acutely aware of this, but with careful observation we got to a point where both bears and human could get a good look at each other and neither was disturbed, (around 400 meters). When nervous the bears would initially yawn and then lip smack, a sign that we were too close so we would back away.

One landing saw us at the foot of a steep scree slope where 5 bears could be seen at various heights and distances. A group of around 10 of us headed up across the tundra to the right of the scree hoping to see Arctic fox, Lemming, snowy owl and Musk Ox during our proposed four hour walk. A zodiac patrolled up and down close to the beach keeping an eye out for any bears. We had stopped to watch an Arctic fox when the radio crackled “there is a sleeping bear up on the rocks which will come into view as you head over the rise”. Sure enough a large male bear was stretched out in the sun, we watched him for a while but didn’t want to disturb him so headed further inland, Musk Ox had been sighted and we wanted to see if we could get a closer look.

As we continued we could see a mother with her cub tracking alongside a small river, we watched for 5 minutes before she clocked us, sniffing the air she eyed us cautiously then continued up the river with the youngster in tow. The large male roused himself and loped down from his lofty lookout, he skirted around the base of cliff where two other single bears could be seen in the distance. We continued our walk and managed to creep to within 40 meters of the munching Musk Ox, listening to their snorts in the crisp air. This is a walk I will certainly remember for a long time to come.

The Russian Arctic is truly beguiling, with friendly Chuckchi Eskimos, ancient villages to explore and the remnants of many cold war bases. There are towering cliffs that are home to huge numbers of nesting sea birds, often with walrus haul-outs at the bases. On land you can encounter picas, ground squirrel and lemming along with reindeer and Musk Ox. Our bear count was 105 – which was 103 polar bears and 2 brown bears on the Chukotka coast. Truly a destination of wilderness and wildlife. 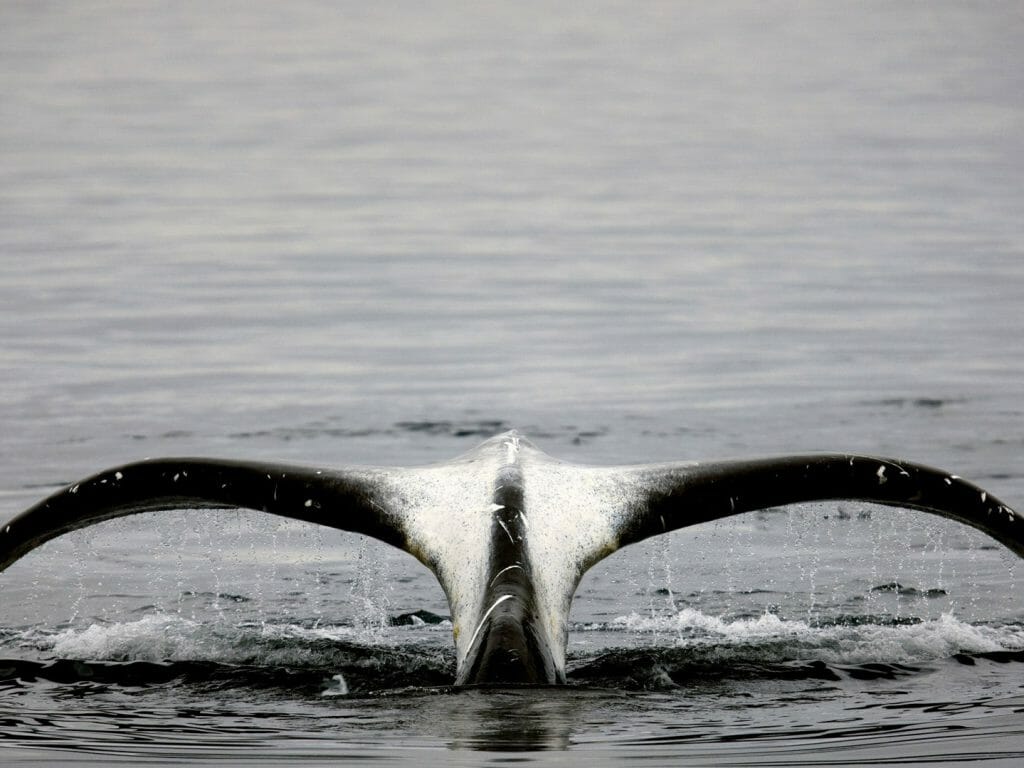 Stories
Arctic: The Blow of a Bowhead
Sue Grimwood
This article is an excerpt from our new Steppes Traveller magazine – please get in touch with us to receive your…
Read Article