Popular Destinations
See our full list of destinations
Tailor-made & Group Tour Holidays
See all of our Holiday Ideas
About
Travelling Safely
Our Content
When to Go
Best time to visit
Our People
Home Blog Viva Colombia!

One of my oldest friends is half Colombian and having spent many an evening as a teenager sampling his Colombian mother’s cooking and hearing all about this fascinating country, I knew that I would have to get there someday! Nearly 15 years later, my wife and I were on the plane and after an uneventful flight to Bogota, we finally arrived, descending into the vast crater-like valley within which sits Colombia’s capital.

For some visitors (including my wife!), Bogota is like any other large capital city but I found that it has much to offer. Stunning colonial architecture is found in La Candelaria district which houses some of the colonial era’s most important and historical buildings in the Americas. The gold museum is quite spectacular, showcasing the best historical artefacts from across the country and really informs the visitor of the impressive skills of the ancient civilisations that made these items.

The city is split into Zone’s with Zona T the most well known for its hotels, boutiques, restaurants and nightlife – we arrived on a dry weekend because alcohol is banned during elections, which was a bit of a shame but we still had a great night out!

The likes of Cartagena and the Coffee Region have been open to tourism for many years, however, some of the more interesting destinations in the south of the country have only really opened up in the last few years thanks to the government’s strong tactics against the guerrilla movements for which the country is so well known.

We flew south to Neiva, set in a hot and humid region compared to the cooler climes of Bogota. Neiva is the best location from which to reach the archaeological sites around San Agustin, approx. 5 hours drive south-west. Along the way we stopped for a short hike into the Tatacoa Desert, a bizarre mini-desert filled with bizarre orange-red rock formations, cacti and various bird species such as the hummingbird which we were lucky enough to see. For the stargazers out there, it is probably the best spot in the country and has a small observatory. Onwards to San Agustin by part-paved road through sugar cane and coffee plantations as we steadily climbed higher into the Andes.

The archaeological sites in the San Agustin are quite magnificent with uncovered tombs and sculpted figures, some up to four metres high. The most impressive are located in the Idolos and San Agustin Archaeological Parks where some statues, astonishingly, are over 5,000 years old. The region itself is full of sugar cane plantations and coffee farms some of which we explored on horseback; my horse Dynamite was thankfully a lot calmer than the name suggested! Whilst the infrastructure here is quite limited the travel experience that we had was fascinating in every way.

One of the highlights of the trip for me was the road journey to the ‘White City’ Popayan, a five hour drive from San Agustin. We passed through rainforest, home to tapir and spectacled bear, volcanic landscapes and high-altitude grasslands filled with thousands of unusual frailejone shrubs. As we drew closer to Popayan the landscape changes to lush pastures of rolling hills with hot springs and waterfalls. Popayan itself is a pretty town, in keeping with its original white-washed architecture, but I did not fall for the place – probably because it rained for our whole stay! The surrounding area is very interesting with the Purace National Park, traditional villages and an incredible condor viewing point, where feeding condors can be viewed some 20 feet away.

We continued our overland journey to the Coffee Region or Eje Cafetero, which admittedly was a welcome relief with some more upscale hotels and a bit of comfort after a few days off-the-beaten track! I must say that this part of the country is so well set up for tourism but not over the top. We stayed at traditional coffee haciendas (a real must!) and saw that the best of the region, visiting a lovely old coffee farm where, after 29 years, I was converted into a coffee drinker – I now realise what I have been missing all these years!

The Vallee de Cocora was another favourite spot with lovely hikes and horse rides into the valley and surrounding rainforest – I have never seen so many orchids or hummingbirds for that matter! Colombia’s endangered national tree, the Quindian wax palm manages to survive here, reaching some60 metres in height. Combined with visits to the beautiful towns of Salento and Filandia with their coloured houses and intricately decorated balconies, this was a special day and it felt like we had experienced the true coffee region.

After our tour to some of Colombia’s lesser-known highlights, I relished the opportunity to spend a few days in Cartagena, secretly hoping to find the spot where Michael Douglas held on to the alligator’s tail in Romancing The Stone! I was disappointed to find out that it was actually filmed in Mexico!

The old town of Cartagena is stunning and within hours it has made it on to my favourite destination list. It is a bustling and thriving city with real life coexisting alongside the lovely boutique hotels and tourists. In fact this was the first place on the trip where we saw more than a handful of tourists. Beautiful colonial architecture, fantastic seafood, great nightlife and friendly people, Cartagena is not to be missed and if I could I would fly there for a long weekend away! Sipping mojitos atop the city walls at sunset with views to the ocean and the old and new parts of the city will always stay with me.

Heading east of Cartagena, by road, our next destination was the Tayrona National Park where we stayed at the government-run Eco Habs overlooking to the beautiful Caribbean coastline. It is possibly one of the most idyllic settings I have ever been to, with jungle-clad mountains to the back and golden sandy beaches to the front. I had wanted to visit this area for years after reading a book called The Gringo Trail as a teenager and I was not disappointed by the location.

The sea here is quite rough with strong undercurrents which means some of the beaches can be dangerous, however, this did not detract from our stay as we rode on horseback to a lovely protected beach and walked back. My lasting memory of Tayrona is waking up at sunrise, flinging open the large doors and laying back down in bed to watch the sun come up over the blue Caribbean Sea.

Colombia has already become one of my favourite South American countries with its diverse, interesting destinations and landscapes and above all the people are genuinely the friendliest I have ever encountered. Safety is always a concern when travellers are considering a destination, however, we felt as safe as in any other country and felt reassured by well organised security in the cities and countryside. Colombia is finally shaking off its reputation for cocaine and banditos and is fast becoming one of the top ‘up and coming’ destinations in Latin America and deservedly so given that it is such a wonderful country.

Please feel free to email or call us to discuss Colombia or for any further advice on your holiday to Colombia. 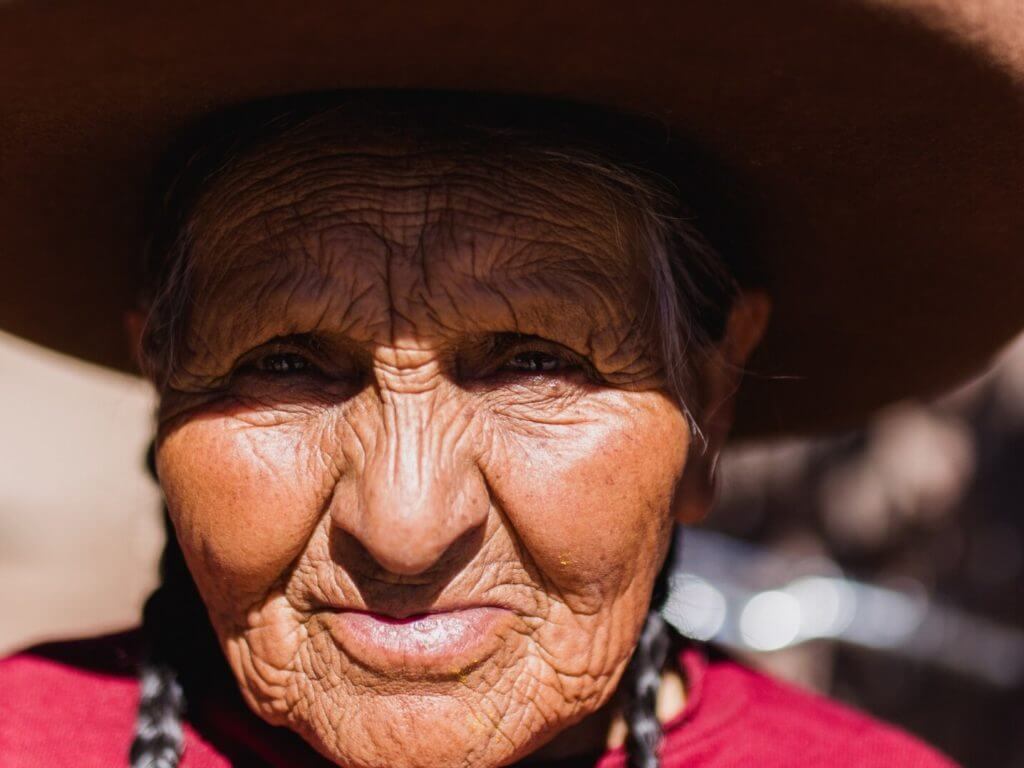 Stories
Colombia: Magical Realism
Richard McColl
This article is an excerpt from our new Steppes Traveller magazine – please get in touch with us to receive your…
Read Article 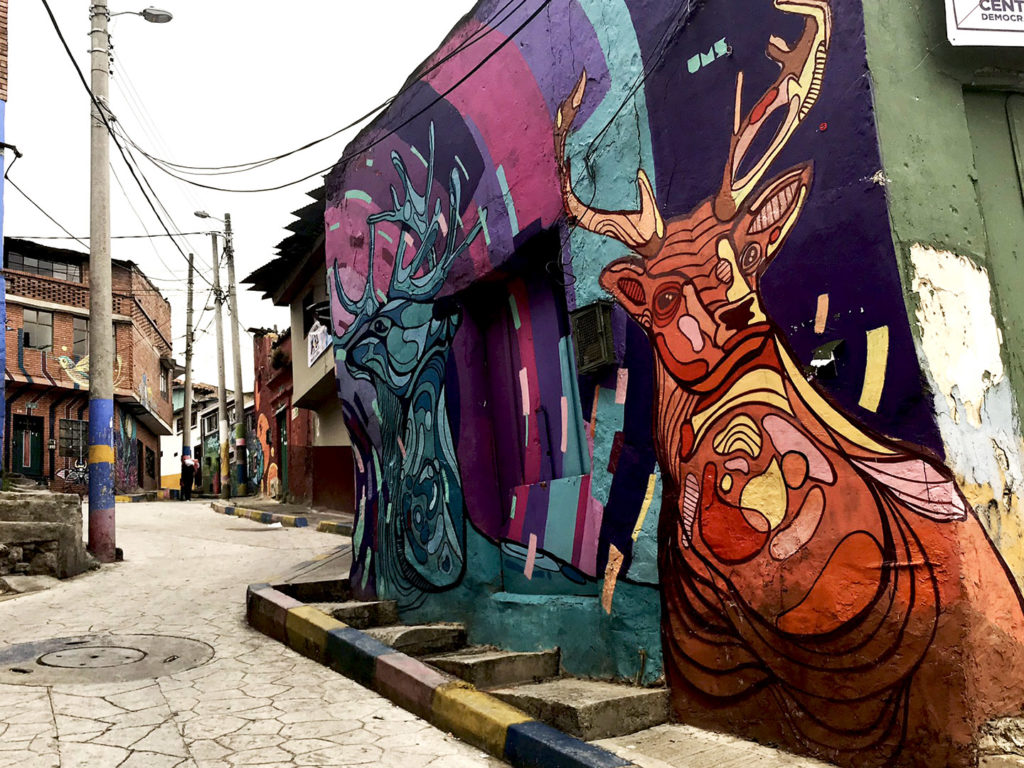 Stories
Breaking Down Borders
Steppes Travel
I was nervous when we arrived at the ‘border’ of the Egipto neighbourhood. I was accompanied by a guide, Andres, with…
Read Article