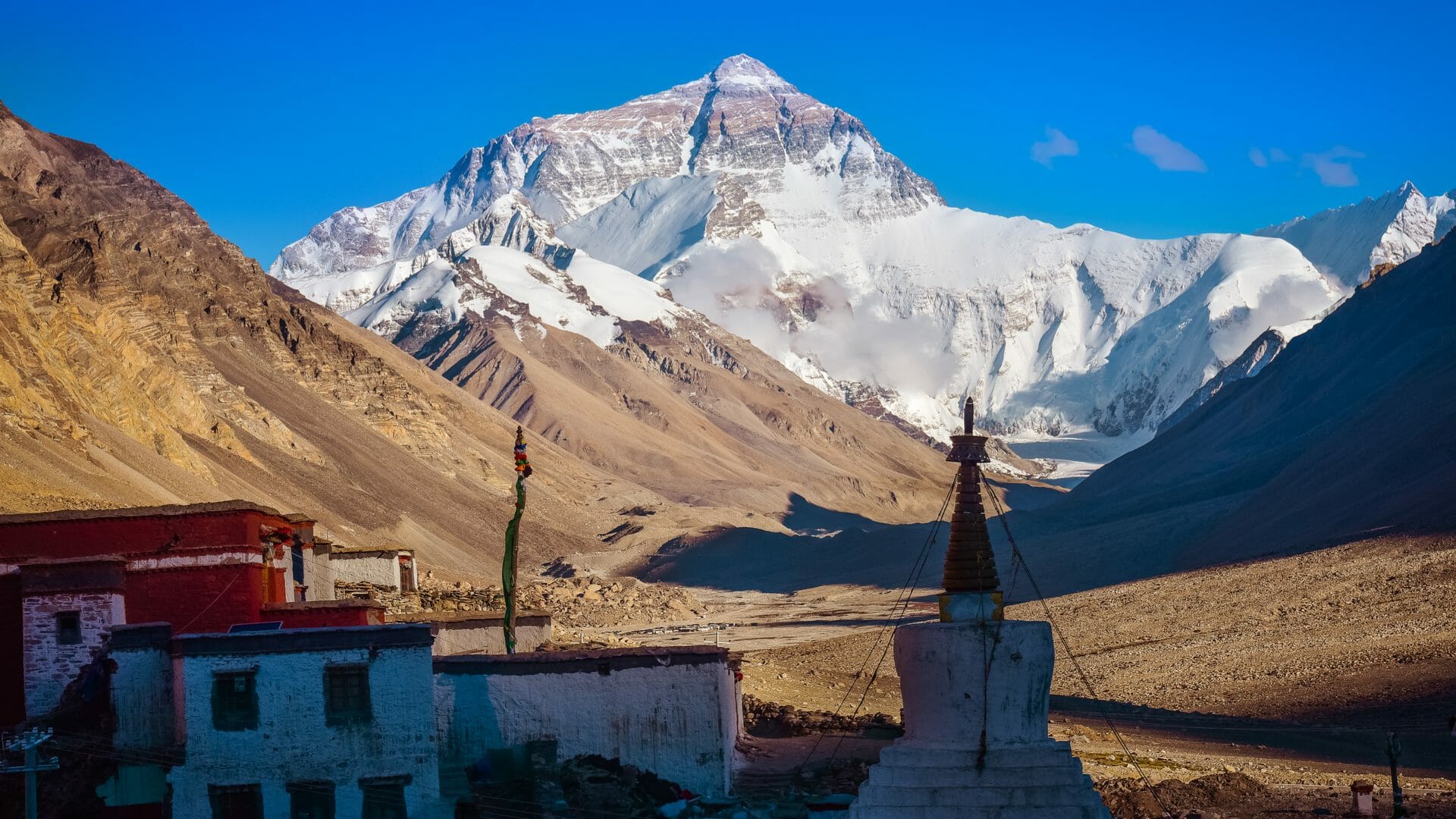 “I like Chinese tourists.” I turned round to Dorje, my Tibetan guide, in surprise, “Because they are good for business?” “They go back.”

Dorje’s acerbic comment cut to the core of the problems facing Lhasa and Tibet as a whole. The present invasion of Han Chinese being more far-reaching than that of 1959 which caused the present Dalai Lama to flee his country.

The Han Chinese have taken over. Driving into Lhasa I was surprised by the extent of the city. Dorje told me that when he was young these were fields where the residents of Lhasa would come to make merry of a weekend. Now they are Chinese shops, Chinese homes and Chinese businesses. It bears witness to the fact that Han Chinese now outnumber Tibetans in Lhasa.

In search of a Tibet more familiar to me, I travel first to the Norbulingka, the summer palace of the Dalai Lamas. Norbu means precious stone and hence its name ‘Treasure Park’. A man at the gate with an oversized gold watch and an oversized pair of scissors cuts my entry ticket in half with disregard. His disinterest with stays me as I am ushered from building to building and asked to admire thangkas, the golds and reds of antiquity. Even in the Dalia Lama’s private quarters – the very bed where he spent his last night in Tibet – I am not moved, possibly because of the kitsch picture of three cats frolicking, given to the Dalai Lama by the Germans. It is a park of a very different theme today.

The Potala looms over Lhasa. I climb step by step. Frustrated by shortness of breath. Irritated by sprouting Chinese tour guides. Unable to fathom the pantheon of deities and their relevance today.

Back down at the bottom, I reflect on my visit to one of the world’s most iconic buildings. With the exception of the impressive scale of the 5th Dalai Lama’s tomb, contained within the Potala, I find it underwhelming. It is nothing more than a museum. A sad reminder of a more illustrious and involved past. A rickshaw draws up alongside with speakers blurting out Gangnam style as if to reinforce the hollowness of my experience.

My camera tells it differently. Therein lies the problem. Lhasa and Tibet are undoubtedly photogenic, but what lies behind the lens is not.

The debates that I witnessed in a couple of monasteries are a good example. My images will report a vibrant monastic community listening to a young man espousing and gesticulating his knowledge of the scriptures. The reality is that these debates are now more of a performance than an exam. A spectacle that further illustrates the diminution of the role of monks within society.

Even in the Jokhang, Tibet’s most sacred shrine, sanctity is not sacrosanct. Pilgrims have to patiently squeeze past photographers. It is only outside on the Barkhor Kora that the pilgrims are free to perambulate. The old, young, large and small perform circuit after circuit. The most devout use aprons and wooden blocks on their hands to prostrate themselves as they go round. A pedestrian parade that is great to watch and wonder at. Scenes that have not changed in centuries.

Until I look to the skies and see that the lung ta, the wonderfully named ‘horses of the wind’ as they scatter the messages held within over the land (better known to us as prayer flags), are no longer the sole roof-top resident. Their colourful messages have been interspersed with Chinese flags.

I was hoping to find more of a sense of Tibet and what it meant to be a Tibetan outside of Lhasa. It was not to be in Shigatse, Tibet’s second-largest city. Tashilhunpo, the traditional seat of the Panchen Lamas, is the one redeeming feature of Shigatse which has otherwise been consumed by Han commercialism.

It is not just the culture that has been devoured by the Chinese. The scenery is undoubtedly impressive but so too Chinese engineering. The tarred roads, the electricity pylons and the newly laid train tracks spoke of a shackled Tibet.

Like Lhasa, Gyantse is divided between the new nondescript Chinese quarter and the older Tibetan quarter. Walking through the old town I enjoy a tranquillity I did not find elsewhere in Tibet, a sense of community. Old women totter off to the monastery, young men paint decorative beams, cows are tethered next to piles of forage and dung is stacked to dry. I argued with myself as to whether the charm of the place was that it conformed to a stereotype or if there really was a sense of civic pride.

Separating Tibetans from the propaganda that smothers them, whether Chinese or western, is not easy. Most come to Tibet entranced by romanticised images and sentimentalised stories. They return very differently.

I board the plane to take me away from the rarefied heights of the plateau. It is an Airbus 320 and full. I am the only lao wei, foreigner, on board. Next to me sits a young Chinese woman, baseball cap round the wrong way, plastic pink lipstick and iPhone glued to her multi-coloured fingernails. This is one of some fifty flights into and out of Lhasa every day.

Remote is somewhere that is increasingly difficult to find.