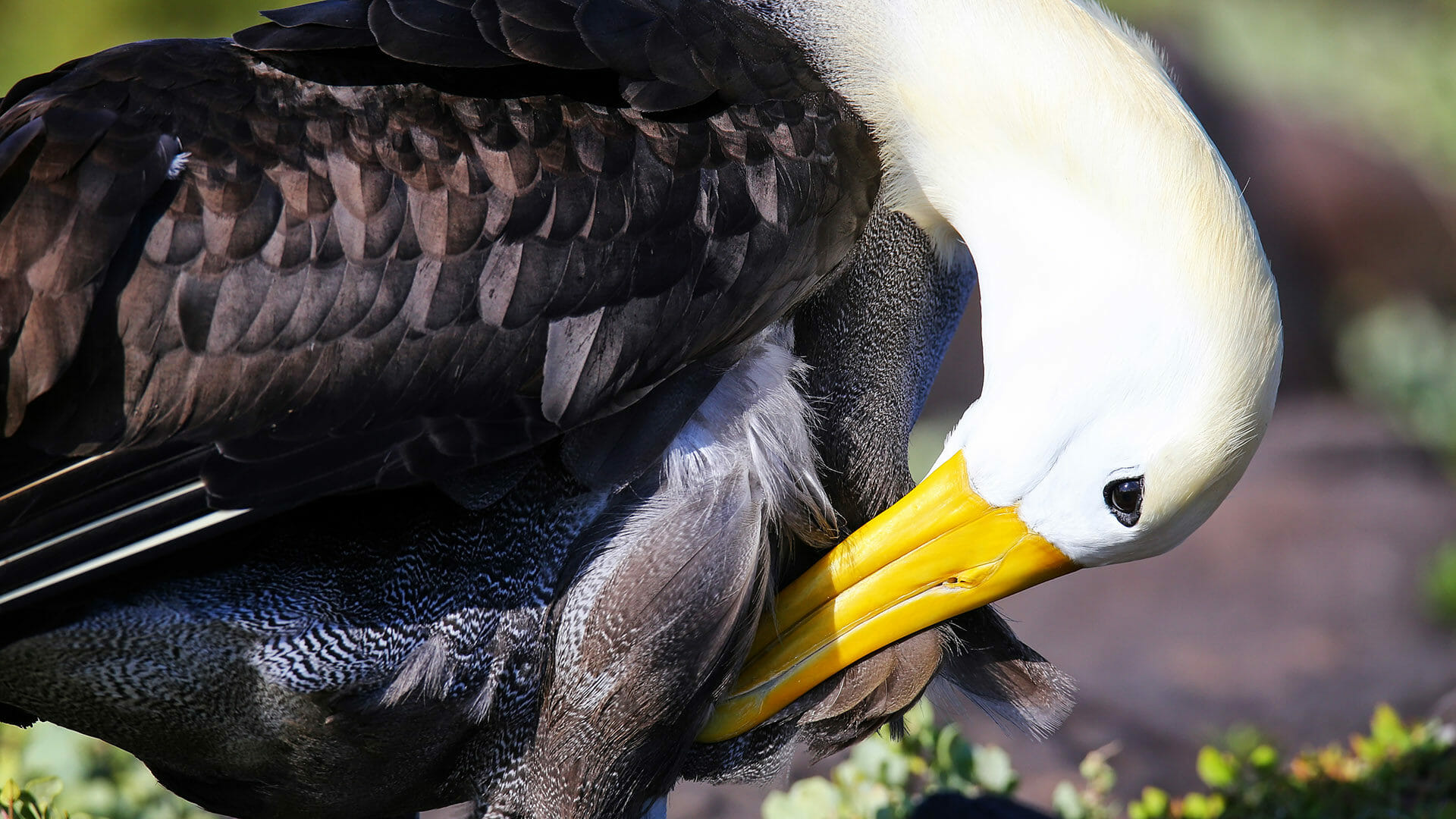 The small temporary stage at the Natural History Museum belies the artful and creative production played out on it. I am particularly gripped when at the end of act one, the HMS Beagle is deluged in a storm. This play – The Wider Earth traces Darwin’s journey. Both his physical journey aboard the Beagle and his exploration of the land masses that they visit en route. And also, his intellectual journey, his cerebral conversations with Fitzroy and his own personal voyage of discovery.

The play is a reminder of Darwin’s links with the Wedgewood family, his intellectual sparring with the brilliant naval officer but dogmatic Fitzroy, the unwavering certainty of religion and the struggle that Darwin faces in articulating his thoughts on ‘The Origin of Species’.

Fitzroy, not having been to the Galapagos, relies on what he has been told and describes the Galapagos to Darwin as being made up of “deadly currents and sun-scorched islands.” History relates how Darwin saw the Galapagos Islands so very differently – Henslow, Darwin’s professor at Cambridge, is insightful and prophetic in his belief that a man who knows nothing has an open mind and thus does not try to screw what he sees into pre-existing theories, “A young man who knows nothing – there is no telling what he might find.”

It is the puppets that so magically create the magic of Darwin’s discovery, the sense of disbelief, the awe of nature. The joyous puppetry of the Dead Puppetry Society, that designed and built the engaging puppets from albatross to butterfly, from armadillo to iguana, give you a sense of Darwin’s wonderment at sea and in the jungles of Brazil.

In the Galapagos, the puppets inspire child-like bewilderment as sealions gambol playfully in the surf and eponymous Darwin finches flutter mesmerizingly overhead. But it is the size and ponderous of movement of the Galapagos Tortoise that is jaw-dropping and steals the show.

The ongoing creation of life is to Fitzroy proof of God. To Darwin it is an inspiration. The struggle between the two – so scintillatingly brought to life in Thompson’s brilliant historical novel ‘This Thing of Darkness’ – is the power of nature replacing the power of the lord.

Yet it not an easy journey for Darwin, for as he says, “Wilderness has a mysterious tongue that teaches doubt”. Darwin battles with himself – don’t forget that his father wanted him to join the priesthood. He talks of turmoil and releasing a “plague” and the “consequences of his words spreading.”

In spite of his fears that as we reach the edge of our understanding all things fall to dust, little can derail Darwin from his newfound way in which to view the world. His fascination with Nature that is so succinctly put when he talks of the “wisdom” of coral – Darwin marvels at the fact that the “damage of the storm is repaired by millions of architects” i.e. corals.

It is not ground-breaking drama. It is a well-known story told with telling lines and a charming beauty. It reminds us of how little was known about the world almost two hundred years ago and the importance of an open mind. It shows us that even the most sensible man who does not travel is “ignorant to the wider world” but above all that small things can change the world. We all have our voice and should use it.

The Wider Earth features a cast of seven, remarkable puppetry, an original score and cinematic animations to bring to life Darwin’s story. The Wider Earth is a partnership project between Trish Wadley Productions, Dead Puppet Society, Glass Half Full Productions in association with Queensland Theatre and the Natural History Museum.

Q & A
Antarctic Cruise – Q & A with Julian and Evelyn Dowdeswell
Lara Paxton
Julian Dowdeswell is a glaciologist, Director of the Scott Polar Research Institute and Professor of Physical Geography in Cambridge University. Evelyn…
Read Article