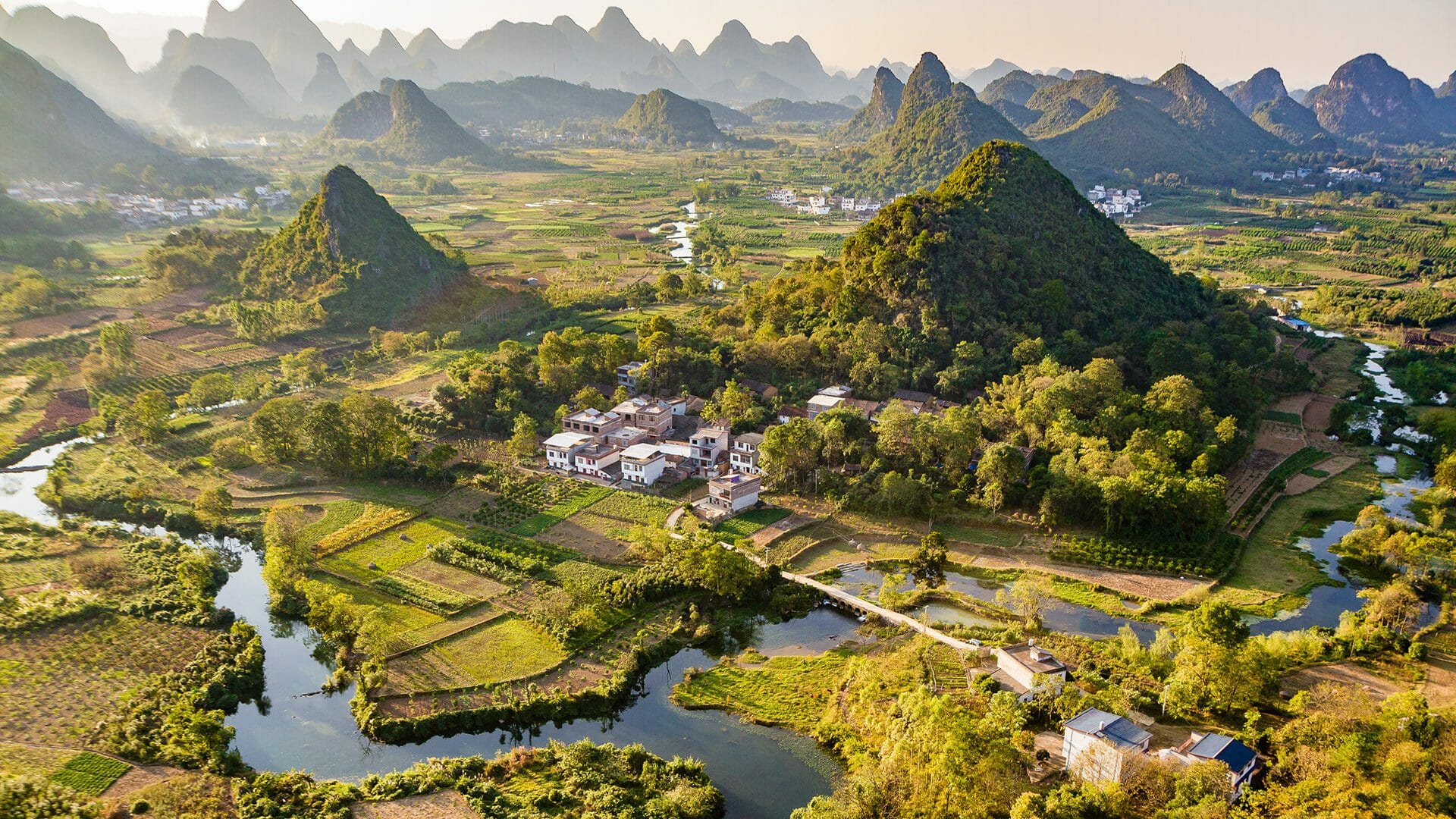 The Great Wall, released today, is the most expensive shoot set entirely in China. Directed by Zhang Yimou and starring Matt Damon, the story may not be historically accurate (there were no monsters attacking China), but it reveals stunning panoramas of the man-made marvel that is the Great Wall of China.

The wall is made up of many sections built over time by the different ruling dynasties. The best preserved are just outside of Beijing, with many Steppes clients visiting the Mutianyu or Jinshanling sections of the Great Wall.

This is not the first movie to display China’s stunning beauty. Here are Steppes Big 5:

Crouching Tiger, Hidden Dragon (2000) – The highest grossing foreign-language film in the USA was filmed in several magnificent locations in China such as the UNESCO-listed Hongcun Ancient Village near Huangshan (Yellow Mountain).

Hero (2002) – The highest grossing film in China on release and won several awards for its cinematography. It also alerted many to the spectacular scenery of Jiuzhaigou National Park, a short flight from Chengdu in Sichuan Province.

Avatar (2009) – The highest grossing film of all time and credited for the use of impressive 3D visual effects. The floating Hallelujah Mountains in the imaginary universe of Pandora were inspired by the sandstone karst formations of Zhangjiajie National Park within the Wulingyuan Scenic Area.

The Last Emperor (1987) – A true story of Aisin-Gioro Pu Yi, the last ruler of the Chinese Ching Dynasty. Told in flashback, the film covers the years 1908 to 1967. Shot on location in China, the film won nine Academy Awards, including Best Picture and Best Director. Visit the filming locations including the Forbidden City, Summer Palace and the Museums of the Imperial Palace, Changchun. This epic movie is still a feast for the eyes.

Kung Fu Panda (2006) – A computer animated action movie, revolving around a panda who aspires to be a Kung Fu Master in ancient China. Winning numerous Annie awards  for Best Animated Feature and Best Music in an animated feature the musical score alone is worthy of a watch, produced by Hans Zimmer collaborating with John Powell.

To absorb the culture of China, Zimmer spent time in the company of the China National Symphony Orchestra as part of his preparation. Why not time your travel to China to coincide with a performance at the Beijing Concert Hall.

Travel with Steppes and experience the best that China has to offer. From private access at some of the most important sights to lesser visited areas. Spend a day with pandas or hike along the Great Wall. If you are interested in visiting one or all these film locations, please contact our China experts.

Stories
Guizhou – Hidden Minorities of China
Paul Craven
I have travelled to China over 30 times over three decades and seen many changes. On this trip, I went somewhere…
Read More

Travel
The Terracotta Warriors – Over 40 years on
Steppes Travel
Time flies. I was a backpacker in China in 1983. Two currencies, no food after 6 pm, the high rise skyline…
Read More

Stories
Food for thought in China
Steppes Travel
That night we ate at a local restaurant, a table on the pavement; bones strewn around, watching the world go by.…
Read More

Stories
The Birth of a Nation
Steppes Travel
The population of China, currently estimated at 1.2 billion, is bigger than the combined populations of the US, Europe and Russia.…
Read More