Popular Destinations
See our full list of destinations
Tailor-made & Group Tour Holidays
See all of our Holiday Ideas
About
Travelling Safely
Our Content
When to Go
Best time to visit
Our People
Home Blog Sao Tome & Principe: The Land That Time Forgot

“Moli moli,” says Ofreu, with one of the biggest smiles I have seen. I gave him a grateful smile back, and had to remind myself that I need to take a breath, relax, take it slow – real slow – and enjoy where I am, and enjoy the ‘moli, moli’ way of life. Relaxed, slow paced, no stress and no time.

As I slowed down, I took a moment to take in where I was and absorb the forest around me.  Suddenly, I understood why the ‘moli, moli’ way of life is important – without stopping, you miss the sights and sounds of forest. It’s a time when everything stands still.

We had just made our way down from a two-hour round-trip trek to the O Que Pipi Waterfall on the lush, green and tropical island of Principe – the smaller and less-visited island of Africa’s second-smallest country of Sao Tome and Principe. Located in the Gulf of Guinea and 250 kilometres off the coast of Gabon, Sao Tome and Principe is one of Africa’s best-kept secrets. With great beaches, tropical rainforests and a population made up just over 200,000, it is a place to explore and detach yourself from the rest of the world – and for a small moment, to live the ‘moli, moli’ way of life.

Sao Tome and Principe was once a leading producer of some of the world’s finest cocoa. When the country gained independence in 1975 from Portugal, the cocoa plantation houses – or rocas, as they are known locally – stopped production. The Portuguese left and so time seemed to have left with them. The islands were almost forgotten by the outside world, while the population continued to live a simple and sustainable life off the land and sea.

In 2002, South African entrepreneur and philanthropist, Mark Shuttlesworth, became Africa’s first astronaut – or afronaut, if you will. It was on the International Space Station that he first laid eyes the lush forest canopies of the islands of Sao Tome and Principe, and decided that when he was back on Earth that he would visit this small country.

From his first visit, he fell for this beautiful and unique little country; and felt that, despite the extreme poverty on the island, there was huge dignity amongst the people. This thought went on to inspire Mark to pour investment into the island of Principe. And, in 2011, he bought the resort of Bom Bom Island, and his involvement and re-development of Principe has since grown hugely from there.

Now eight years on, he has added another two lodges to Principe and, more importantly, brought employment. Between the three lodges and various projects on the island, he employs around 640 people and provides much-needed income to them and their families. Considering that the island’s population stands at 7,000, this is rather an impressive achievement, and the start of a perfect blueprint for what Mark is trying to achieve.

Together with the Principe Foundation, they have worked alongside the government to create economic and social development on the island, whilst keeping the key vision in place of protecting the island’s many endemic plant and bird species. From beekeeping to sea turtle protection, many projects have been set up to give islanders a source of income whilst preserving the natural world around them. It just seems everywhere you turn on the island, the trust is involved in some way by helping, guiding and educating for a better future – all while promoting conservation and retaining a feeling of unity across the island.

Walking through the forests, villages and the world’s smallest city of Santo Antonio on Principe, you can feel the hope and change happening on this magical island. The communities are grateful for the work being done by the Principe Foundation, and understand that there is a fine balance between gaining financial independence and making a mark on the world through tourism and conservation.

As I make my way back home, I start to wonder what my highlight has been while visiting Sao Tao and Principe, and what had made me fall deeply for this little African haven. Was it being woken early to the sounds of African Greys squawking at one another outside my tent? Or walking through tropical rainforest past trees that have been there for millennia and eventually breaking through the foliage to discover the most beautiful ocean views? Was it stopping at Roça São João dos Angolares on Sao Tome and stumbling across an art exhibition which would not be out of place in New York or London? Or was it simply the ‘moli, moli’ way of life on Principe that caught my heart? Perhaps I will never know; perhaps I need to return to find out. 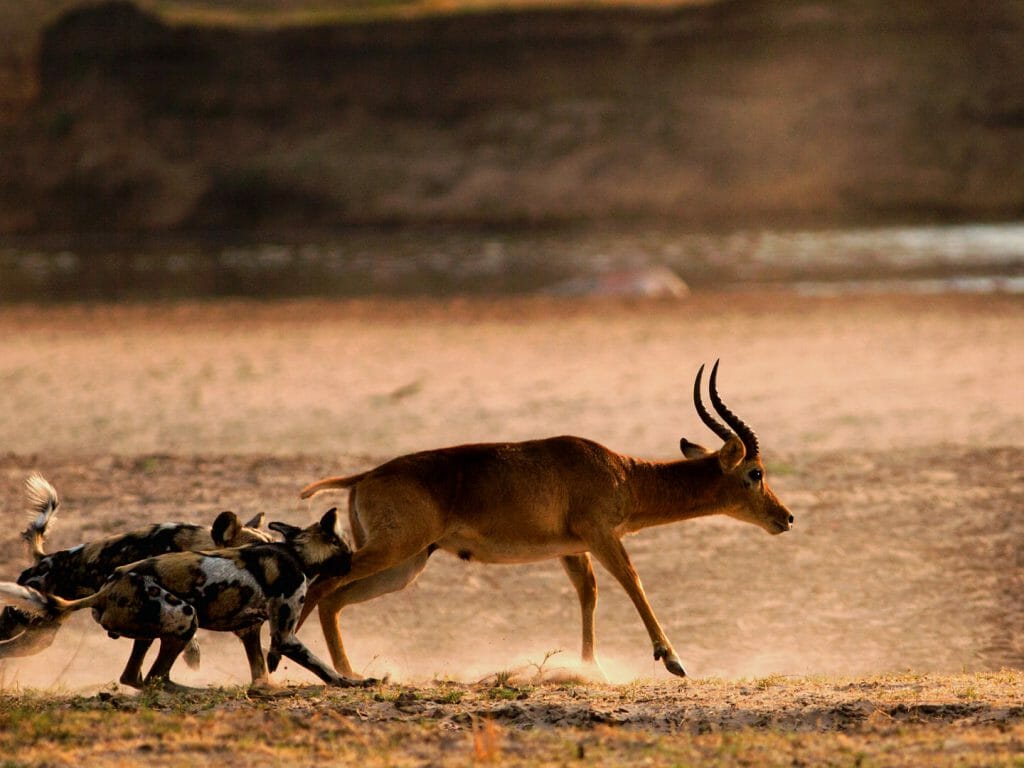 Stories
Dynasties BBC – Painted Wolves
Steppes Travel
An iconic African predator, the Painted Wolf, has stared in films going back as early as I can remember. One such…
Read Article