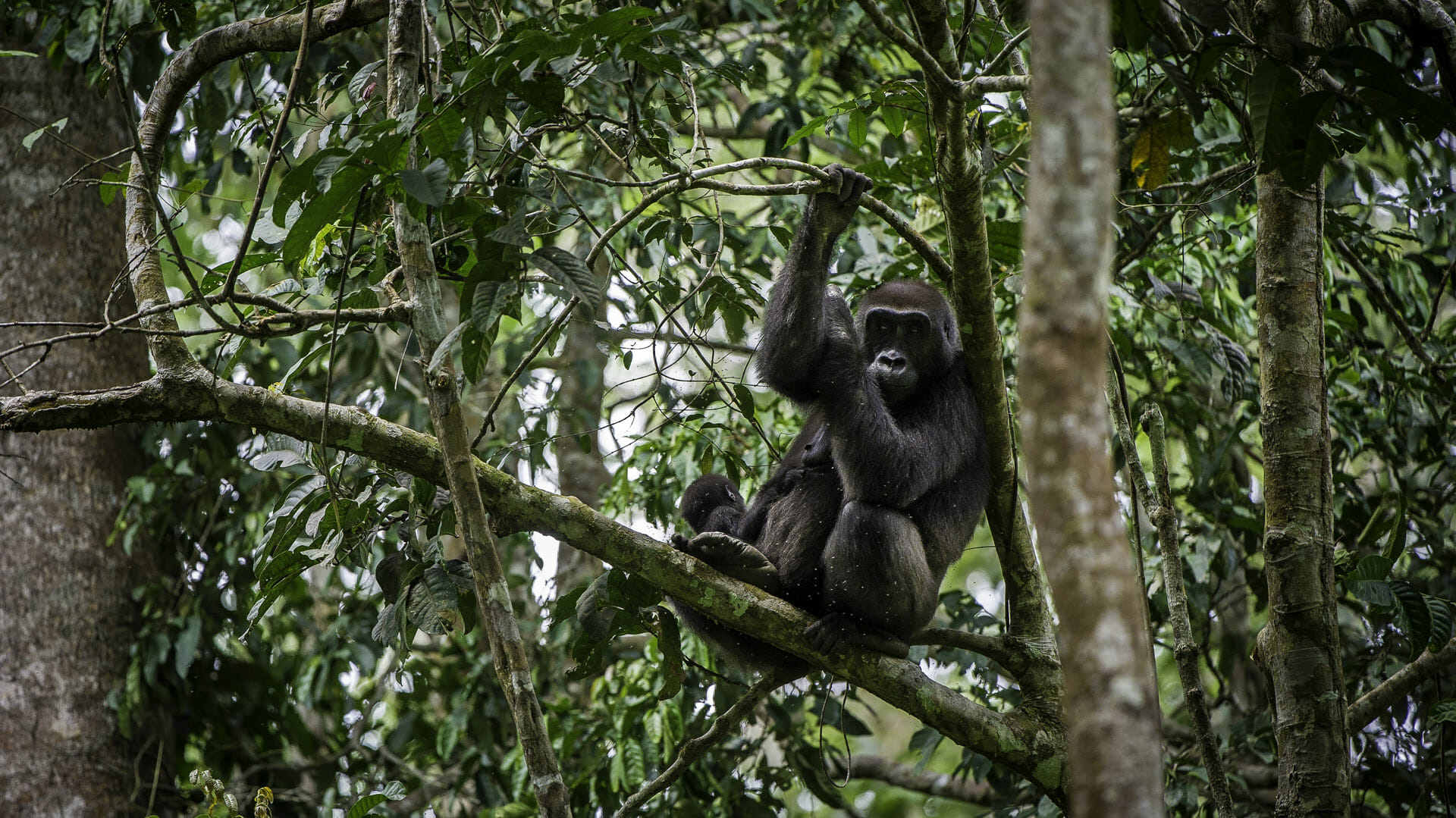 Home Blog Republic of Congo: A Field of Fireflies

Republic of Congo: A Field of Fireflies

As the headlights dimmed and the engine cut, the stillness and the darkness was all around us.  My eyes took a while to get used to the darkness. Then I could see them: one, two, three – wait, no –nine, ten or twenty or thirty. They were beautiful, twinkling fireflies darting through the night sky.

Soon they were all around the vehicle, and the darkness was lit up by hundreds of fireflies dancing to their own music, in their very own light show directed by nature alone. It was my last night in the Republic of Congo and I was in the heart of Odzala National Park.

This quiet, beautiful moment gave me time to reflect on my time in this amazing park. Every day that I had spent here was full of adventure and new experiences; I was finding it difficult to pick a highlight.

Was it finding the lowland gorillas? Was it watching the solitary, shadowy figures of forest elephants coming out into a bai beneath a blanket of stars? Or was it walking waist-deep in water, following elephant trails dating back millennia.

Finding the lowland gorillas was, for me, a bit of a surprise, as we found them resting high up in the trees, managing to make it look extremely comfortable. The silverback even came down closer to have a look at us. Perhaps it was to show off his agility among the branches, but it gave us the perfect photo opportunity.

The rest of his family where high up above, some stretching out over the branches, some watching us watching them and some just sleeping in the most awkward positions. I did start to wonder what would happen if any of these sleepy gorillas had a slight twitch in their sleep. Would they suddenly come tumbling out of the trees?

The dense forest where we had found the gorillas seemed to have grown up around us during the hour we spent watching them. I could not really tell which way we had come. Thankfully, our guide and tracker knew the forest well. And after our magical hour with the gorillas, they soon guided us back to camp via a network of paths and trails that cut through some very dense forest.

The forest elephants of Odzala were another highlight of this beautiful park. Mostly solitary, these gentle giants of the forest seemed to walk in the shadows of the trees and moonlight. Sitting out on the deck of our camp, as the moon started to rise and the forest started to fall silent, it was only then that the elephants started to come out into the open bai to drink.

As the night drew in, more started to come out and greeted one another with low grumbles and sometimes high pitched trumpets. Then, just as quickly and quietly, they left, each heading off, each one alone again. I did feel somewhat sad for them, living in such a beautiful place, yet spending most of their time alone.

However, as they headed back into the forest, I thought that perhaps there was something to be said for being alone and then coming together to share your day’s news and experiences in a wonderful way each day. Perhaps this was what made them so majestic – the gentle giants of Africa.

Walking in the forests of Odzala was just as much a part of Odzala as trekking for the gorillas was.  The trails and paths in the park have been used for generations by both the wildlife and the local communities who live around the park.

At times, I was walking through thick dense forest and then the next minute was in open savannah, before suddenly coming out into a bai. On one such walk, our guide mentioned that we would be getting a bit wet, but that the water was unlikely to reach our waists. Easy for him to say, I thought – he was about six foot, whilst I am five-foot-nothing. Unsurprisingly, the water indeed went up to my waist. And beyond.

Another highlight of the forest walks was the birding. Although not a birder, I was quite taken aback by the quantity of birds that we saw, and more importantly, how the guide was able to mimic their calls, bringing them closer for us to see.

As I finish typing this, my flight to London is coming in to land. Looking out of the window, I can see the twinkling lights of the city trying to outshine those of Odzala’s fireflies from the night before. Somehow, as beautiful as London is at night, the fireflies of Odzala take first place and I am already longing to return to see their next show.

Idea
Republic of Congo
Lowland Gorilla Trekking in the Congo Basin
Explore the wildlife riches hidden deep within the dense forests of the Odzala National Park. Track lowland gorillas and encounter forest elephants in a jungle wilderness that hides in the far north of Congo.
10 days from £7,800pp 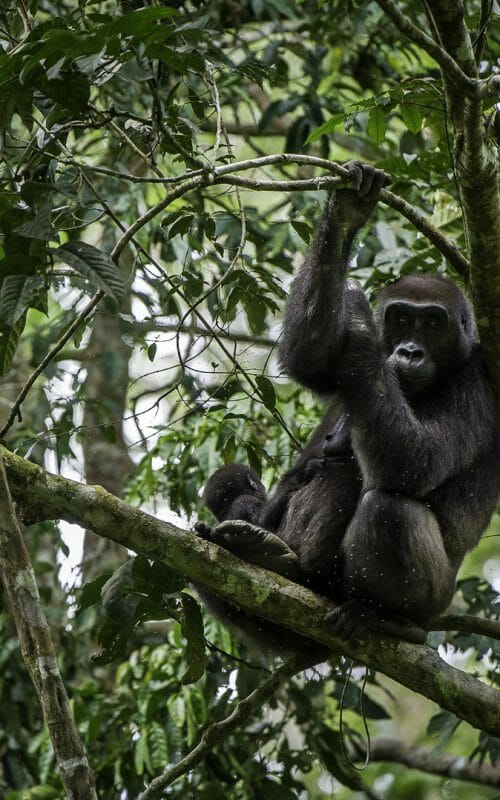 View Holiday Idea
Idea
Uganda
Uganda – Gorilla Habituation Experience
This unique gorilla habituation experience, in Uganda, offers a fantastic opportunity to spend up to four hours amongst these remarkable primates. Rather than an all-to-brief hour in their company, observe and photograph them at a gentler…
4 days from £3,800pp

Idea
Republic of Congo
Lowland Gorilla Trekking in the Congo Basin
Explore the wildlife riches hidden deep within the dense forests of the Odzala National Park. Track…
10 days from £7,800pp

Stories
Gorilla Trekking – The Facts
Chris Johnston
The reason for this blog is to try and help you decide which kind of gorilla trekking is best for you,…
Read More

Stories
Karisoke
Chris Johnston
"What was she like?" I asked, to which he replied: " A strong woman! Big temper, passionate." On my recent Rwanda…
Read More