Where to book and travel to
See our full list of destinations
Tailor-made & Group Tour Holidays
See all of our Holiday Ideas
About
Travelling Safely
Our Content
Our People
Home Blog Rain on my parade? Summer in the Caribbean

Rain on my parade? Summer in the Caribbean

“Don’t tell me not to live
Just sit and putter
Life’s candy and the sun’s
A ball of butter
Don’t bring around a cloud
To rain on my parade!”

Finally!!! It’s time to retrieve the wheely bin from the attic, dust off your passport and ponder if any of your sunscreen collection is still in date.  The government no longer advises against travel to amber destinations and for those who have been fully vaccinated, amber and green countries have the same requirements and do not require quarantine on your return.

If you’re champing at the bit to get away, the Caribbean is a great choice for dipping your toe back into the water with direct flights to most islands (nine to ten hours from the UK), glorious beaches, tropical interiors, great choice of accommodation, delicious cuisine and fascinating history. Most islands have done a good job of rolling out the vaccine to residents and are desperate to welcome back international visitors…just don’t forget your brolly!

June to November is officially the hurricane season in the Caribbean (often euphemistically referred to as the “green season”). Understandably, the mention of hurricanes conjures up extreme images of scuttled boats and rain-lashed palm trees at a 45-degree angle. However, the reality of weather conditions at this time of year is not generally that dramatic. Typically, temperatures are in the mid- 80s, humidity can be high and you can look forward to an average of seven hours of sunshine a day and warm seas. Expect intermittent showers that will be heavy, albeit brief and tend to clear the air.

Thus far, it’s not been the best of summers in the UK and so why not get caught in a short sharp storm in the tropics, rather than the Cotswolds.  You’ll be unlucky to experience a powerful hurricane or prolonged period of overcast skies.  July to November is also a quieter and cheaper time to be in the Caribbean and to help with your plans, we’ve compiled a list of six of our favourite Caribbean islands on which you can break your travel fast.

The Caribbean’s self-proclaimed “nature island”, a mountainous plug of volcanic rock, cloaked in tropical rainforest. The original Kalinago name for the island is Waitikabuli, meaning “tall is her body” and there are tremendous mountain trails to be hiked, often ending with an opportunity to take a dip under a jungle waterfall. A classic full-day hike is through the Valley of Desolation, culminating with a visit to the Boiling Lake – a flooded fumarole brought to boiling point by volcanic activity. This a good destination for whale watching with resident pods of sperm whales in deep water off the west coast.  We also run very special trips where you can swim or dive with whales.

A one week trip to Dominica starts from £1,795 per person (based on two people sharing)

“I gotta fly once
I gotta try once
Only can die once, right, sir?”

Known as the “spice island” for its production of nutmeg, mace, cinnamon, turmeric and cloves among many other spice rack fillers. The cuisine alone is a very good reason to visit. Saint George’s is one of the Caribbean’s most picturesque harbours and you can take a scenic ferry ride from its corniche to visit the super-sleepy Grenadian island of Carriacou, a charming gem that doesn’t seem to have found its way out of the 1950s. The green and mountainous interior are great for hiking and most momentously – there are monkeys! If you can manage to leave the beach, there are traditional rum distilleries, nutmeg factories and local chocolate producers that need to be visited.  Fabulous high-end hotels are all located in the south. Options are limited and simpler in the north but if you’re happy with a slow pace of life, fewer amenities and a simple beach hut (but with spectacular views north to the Grenadines), this is where to lay your hat.

A one week trip to Grenada starts from £2,225 per person (based on two people sharing).

“Oh, life is juicy
Juicy, and you see
I gotta have my bite, sir!”

If you’re particular about the quality of your beach then look no further than T&C. Grace Bay is continuously voted as having one the best beaches in the work – a swathe of powdery white sand, lapped by turquoise waves.  There are over 230 miles of similarly beautiful beaches around the 40 low-lying islands that make up this archipelago.  This is a tremendous destination for water sports and the pristine reef (third largest barrier reef in the world) teems with marine life and offers what is arguably the best diving in the Caribbean. All to be enjoyed, while staying in one of Turks and Caicos’ outstanding boutique beach hotels.

A one week trip to Turks and Caicos starts from £3,995 per person (based on two people sharing).

A perennial favourite. The towering Twin Pitons have become an emblematic image and welcome back the many visitors who return to the island year after year. Volcanic activity has sculpted a mountainous interior that slopes down to the palm-fringed coast, where traditional fishing villages rub shoulders with low-key beachfront hideaways. A few hotels frame the striking pitons scenery with a completely open bedroom wall, a constant reminder to the more adventurous that Gros Piton can be climbed for staggering views from the summit of the Caribbean Sea and the island, stretching away to the north.

A one week trip to Saint Lucia starts from £2,995 per person (based on two people sharing).

“Nobody, no, nobody
Is gonna rain on my parade!”

Another large Caribbean island that is crying out to be explored. We work with a collection of charming small boutique hotels from white-washed wooden cottages high up in the Blue Mountains to a colourful collection of cliff-top cottages in Negril and then there’s the wonderful Goldeneye, Ian Fleming’s previous residence in Oracabessa and now one of the top luxury beachfront hotels on the island. If your pockets are deep and you’re a 007 fan, rent out Fleming’s house where you can write your travelogues at the very desk where he penned the Bond novels, watch the Bond films in your own private cinema and drink martinis on your private beach.

A one week trip to Jamaica starts from £3,195 per person (based on two people sharing).

Idea
Grenada
Highlights of Grenada
With the possibility of completing a circumnavigation of Grenada, this journey travels around the small island in search of crashing waterfalls, golden beaches, remarkable snorkelling sites and colourful houses.
11 days from £4,395pp 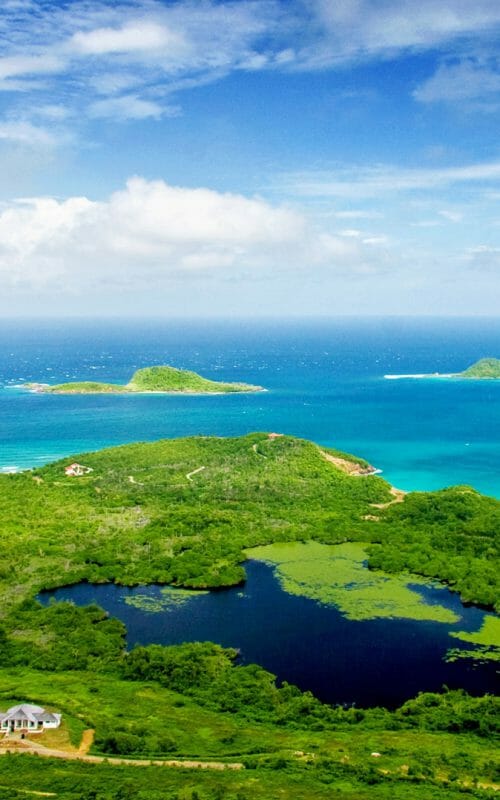 View Holiday Idea
Idea
Jamaica
Highlights of Jamaica
Striking a careful balance between exploration and relaxation, our journeys to Jamaica aim to move beyond the tourist trail and offer an in-depth and highly customisable insight into the Caribbean island. Encompassing everything from farmland horseback…
13 days from £4,050pp 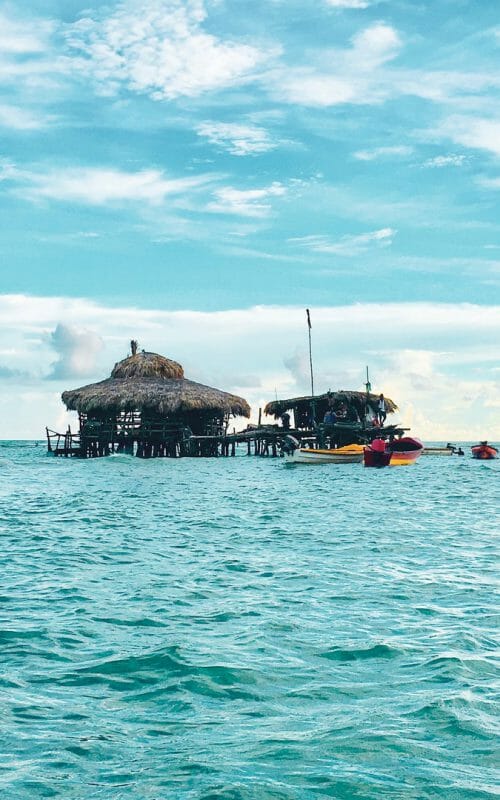 View Holiday Idea
Idea
Saint Lucia
Highlights of Saint Lucia
An exploration of the west coast of Saint Lucia, from its bays and beaches to its rainforests and waterfalls, this journey strikes the perfect balance between idyllic relaxation and muddy escapades.
11 days from £2,300pp 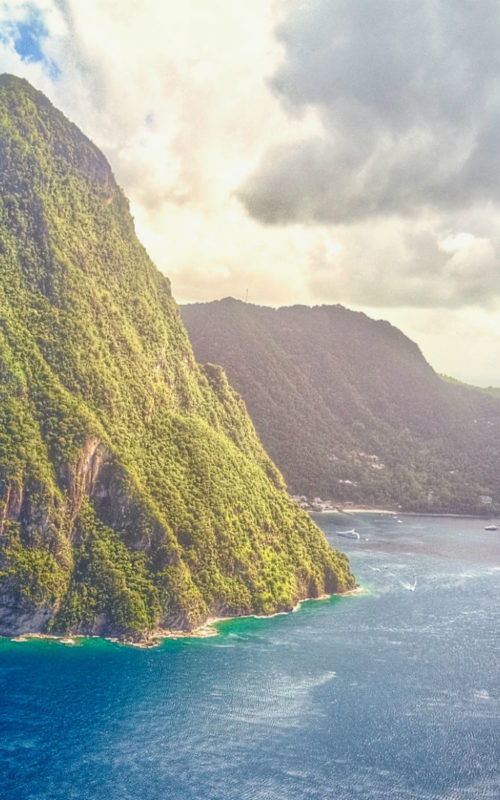 View Holiday Idea
Idea
Trinidad And Tobago
Highlights of Trinidad & Tobago
Uncover the highlights of Trinidad & Tobago while travelling between dramatic valleys and golden beaches in the company of a private guide. Fly between the Caribbean‘s most southerly islands, scouting for wildlife, interacting with friendly fruit-selling…
15 days from £2,800pp 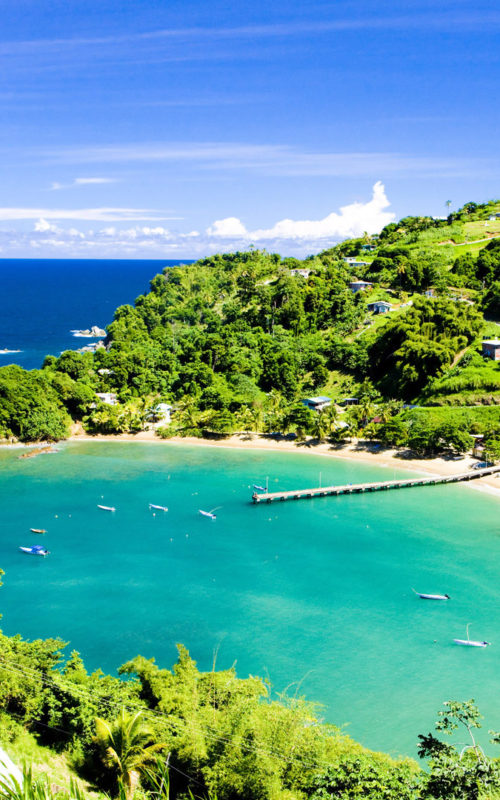 View Holiday Idea
Idea
Cuba
Highlights of Eastern Cuba
Ideally suited to second-time visitors to Cuba or those who simply wish to travel to lesser-visited locations that reveal insight into the Cuban Revolution, this alternative journey idea ventures to the eastern heartland. See the places…
15 days from £4,835pp 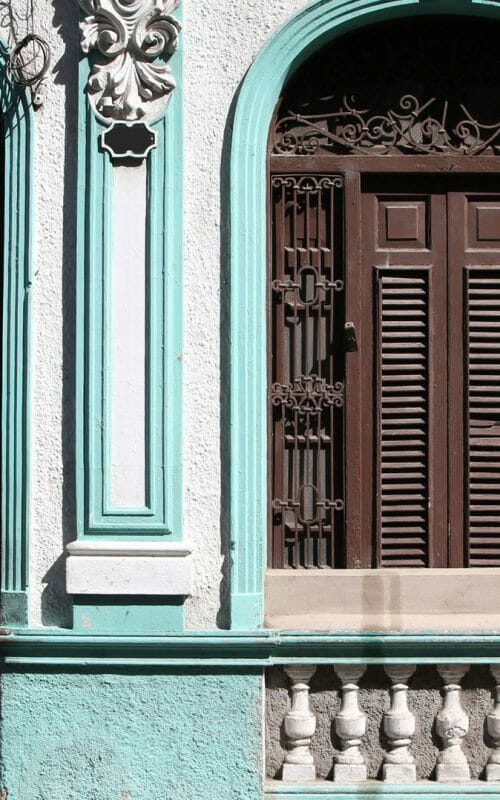 View Holiday Idea
Idea
Cuba
Highlights of Western Cuba
Striking a careful balance between exploration and relaxation, our journeys to the west of Cuba aim to move beyond the tourist trail and offer an in-depth and highly customisable insight into the surprisingly large island. Encompassing…
9 days from £2,335pp 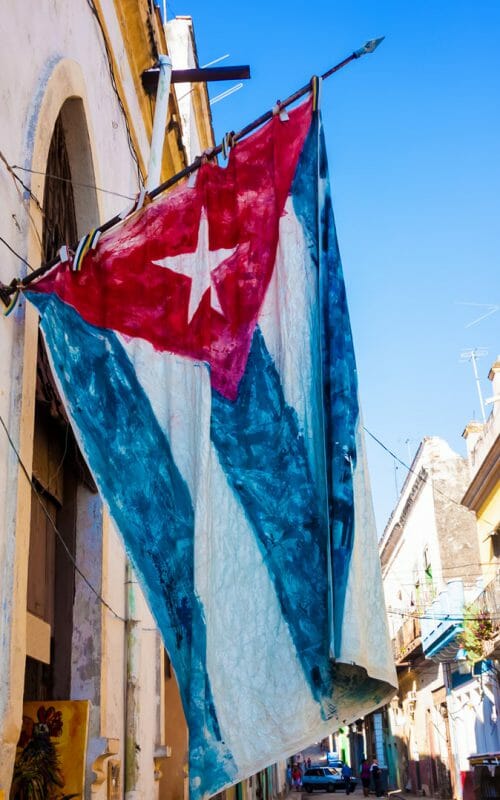 View Holiday Idea
Idea
Cuba
One Month in Cuba
Our years of experience travelling in Cuba have taught us one thing – scratch a little deeper, and there is more to the nation than rum and cigar factories. An all-encompassing journey from Havana to Santiago…
32 days from £8,290pp 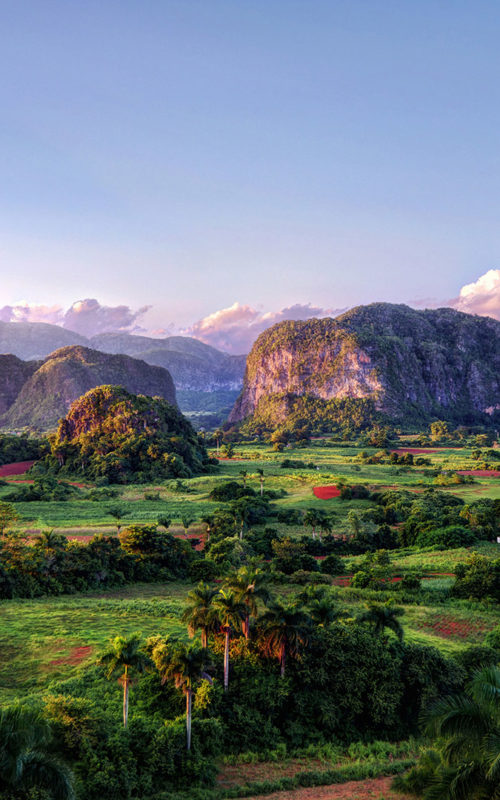 Idea
Grenada
Highlights of Grenada
With the possibility of completing a circumnavigation of Grenada, this journey travels around the small island…
11 days from £4,395pp

View Holiday Idea
Idea
Jamaica
Highlights of Jamaica
Striking a careful balance between exploration and relaxation, our journeys to Jamaica aim to move beyond…
13 days from £4,050pp

View Holiday Idea
Idea
Cuba
Highlights of Eastern Cuba
Ideally suited to second-time visitors to Cuba or those who simply wish to travel to lesser-visited…
15 days from £4,835pp

View Holiday Idea
Idea
Cuba
Highlights of Western Cuba
Striking a careful balance between exploration and relaxation, our journeys to the west of Cuba aim…
9 days from £2,335pp

View Holiday Idea
Idea
Cuba
One Month in Cuba
Our years of experience travelling in Cuba have taught us one thing – scratch a little…
32 days from £8,290pp 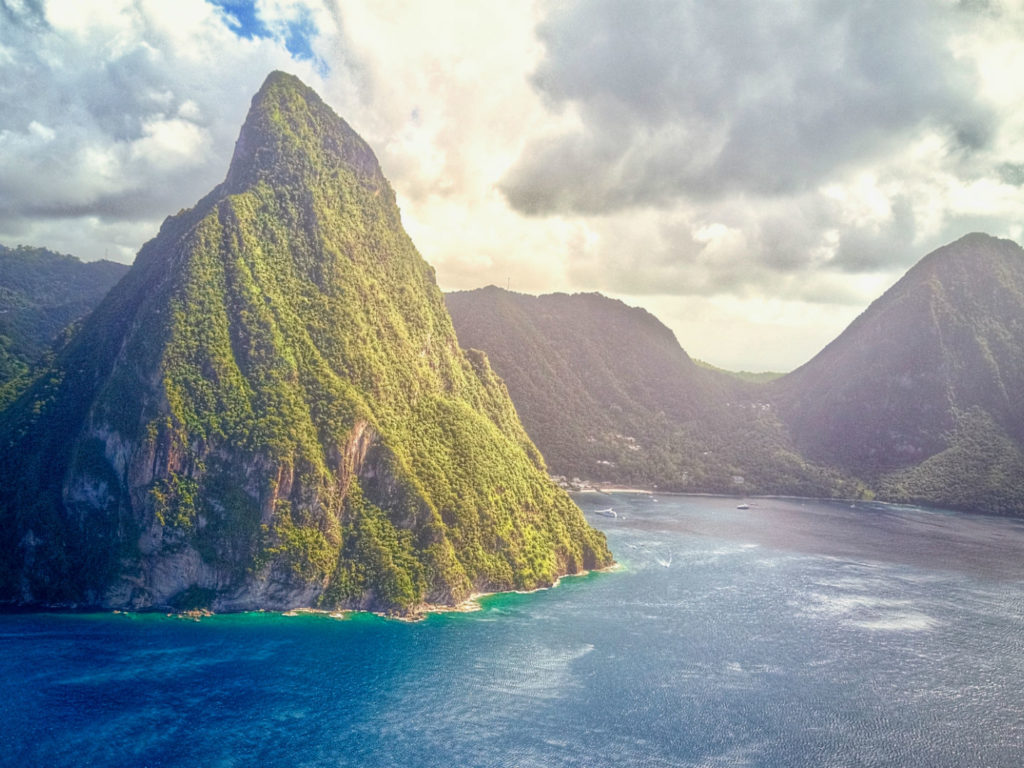 Travel
Saint Lucia: Two Island Hideaways
Ali Franklin
There is something rather exclusive and endearing about the Caribbean archipelago, which I have been fortunate enough to explore in depth…
Read Article 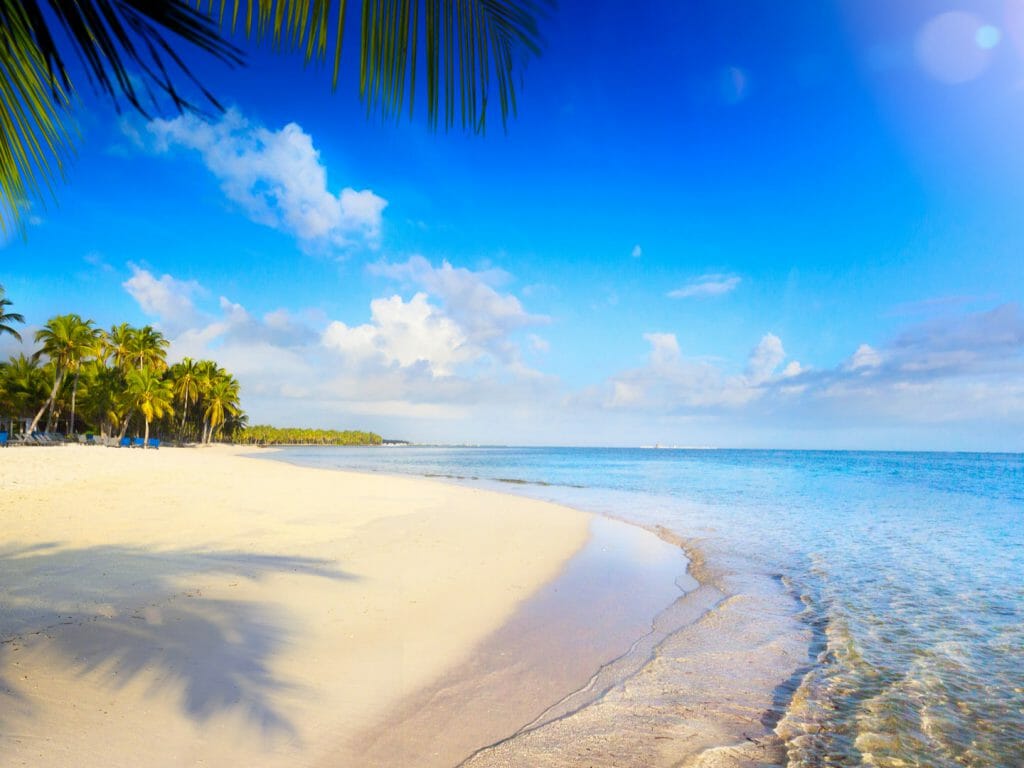 Stories
Shaken & Stirred in Jamaica
Steppes Travel
I’m sat at Ian Fleming’s desk in Goldeneye, his Jamaican home that is now a luxury boutique bolt-hole, hoping that the…
Read Article