This was a trip with a difference. I had not been to Mongolia since the late 1980s and even then had only stopped in Ulaanbaatar, the capital, whilst passing through en route to China. What changes would I notice?

Two things that I always remember from my first trip were a man on a horse holding aloft a yellow flag at a level crossing on the Mongolian steppe, in the middle of nowhere with not a soul around; and secondly buying a bottle of Scotch whisky from the Friendship store during communist times for US$4!

Being so close to China, I had expected to see some positive effects due to the Chinese economic miracle. However, Mongolia was a Soviet satellite state and what I found were the remnants of this era: tenement blocks complete with mosaic wall patterns extolling happiness and the wonders that living in a communist system brings, namely happy people and industrious workers.

However the capital is modernising and religious buildings are being built and restored for this is a Buddhist country, albeit small. There are 2.6 million Mongolians but these also include a number of ethnic minorities including Kazakhs in the West. By contrast there are 35 million head of livestock.

I started by saying that this was trip with a difference. The main one being that I took my eleven-year-old son Luke with me. When Luke told friends and school that he was off to Mongolia he was met with amazed silence.

Our trip began in Beijing with a quick trip to the Forbidden City and a ten-hour delay at Beijing airport because of strong winds blowing across Mongolia from Siberia. We finally arrived in Ulaanbaatar to find that the hotel thought we were Mr & Mrs Craven and had given us a king size bed which amused Luke!

The following morning we set off on a five-day trek supported by a guide, a cook, two herders, two yaks and a horse. Within a couple of hours of leaving Ulaanbaatar, we were in remote wilderness and during our time out in the Khentii National Park we saw no foreigners and only a handful of nomadic herders. We stayed in tents and had a ger, the Mongolian felt tent, for cooking and relaxing in. Riding through the vast open spaces was just incredible.

Next, we ventured to the South Gobi. The Gobi is huge and encompasses a multitude of landscapes. We flew down to Dalanzagad on a new airline called Eznis that rivals any western carrier in terms of comfort and service. Dalanzagad is a small town of Soviet buildings and gers.

The Gobi here is treeless but beautiful and people come to see Yolynam or ice valley which survives year-round despite the summer heat. In another valley, there is a frozen waterfall. There are sand dunes here too and camel breeders. We met one such family and sampled cheese and fermented camel’s milk. We were lucky enough to chance on a local horse festival. Wow. We spent the whole day with local people dressed in their finest costumes, with their finest horses and performing on their horses; rodeo, lassoing and poling.

Our next visit, five hours drive from Ulaanbaatar, was Arburd Sands. A strip of sand 20km long and a couple wide, this area is home to an extended family of nomads who are hugely respected for their horsemanship. From the ger camp we rode camels and took a trip to the nearby rock outcrops in the hope of seeing Argali sheep and Siberian Ibex. Sitting on the dunes with a telescope looking for eagles or the night stars was magical.

Our final visit was to Ikh Nart National Park, again five hours away and again part of the Gobi. There are a few trees here in the small valleys but no tourists. We camped at the entrance to a valley and on our first evening saw Argali sheep wandering close to camp. The next morning we met with the ranger and went tracking for radio-collared animals such as foxes, Argali, Ibex and lynx. We were not disappointed.

Few people visit and the season is short – June to September – but you still have to book early to get what you want. N.B. The infrastructure is limited and Mongolia does not do ‘luxury’ but for the slightly more adventurous it has immense rewards. 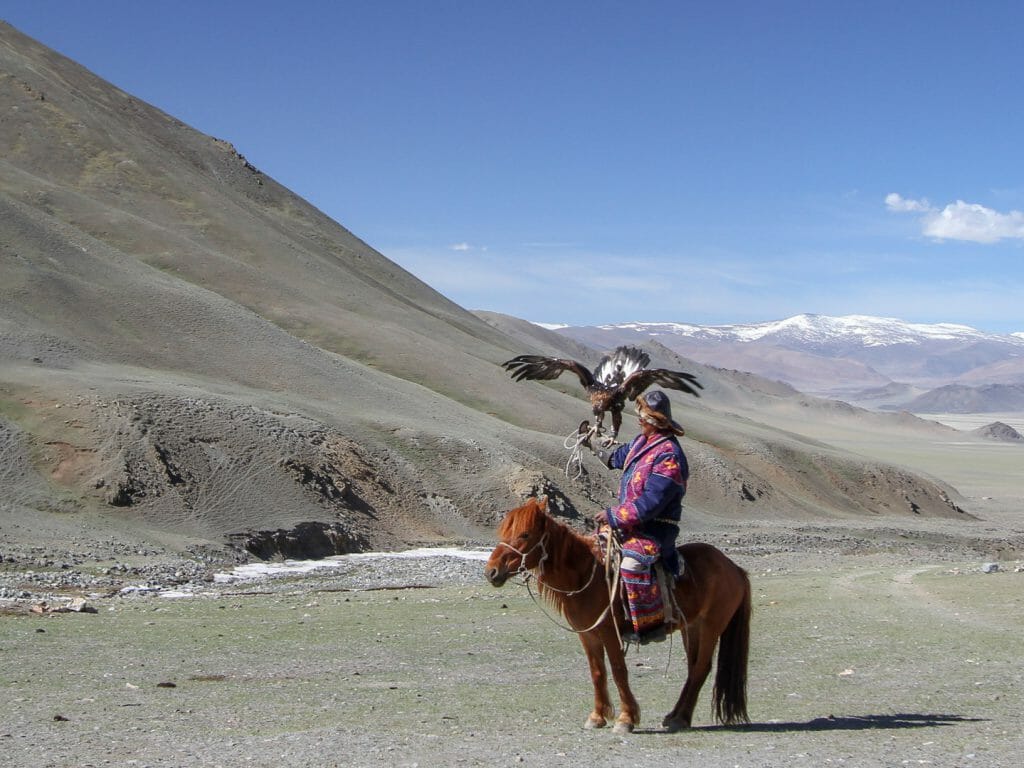 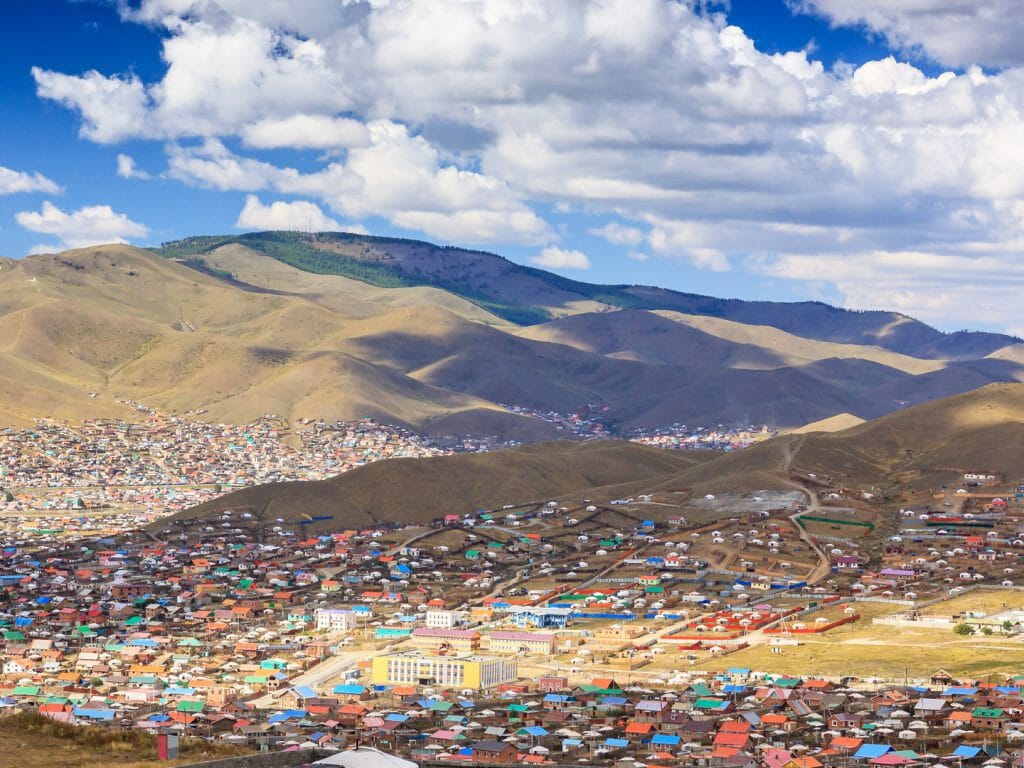 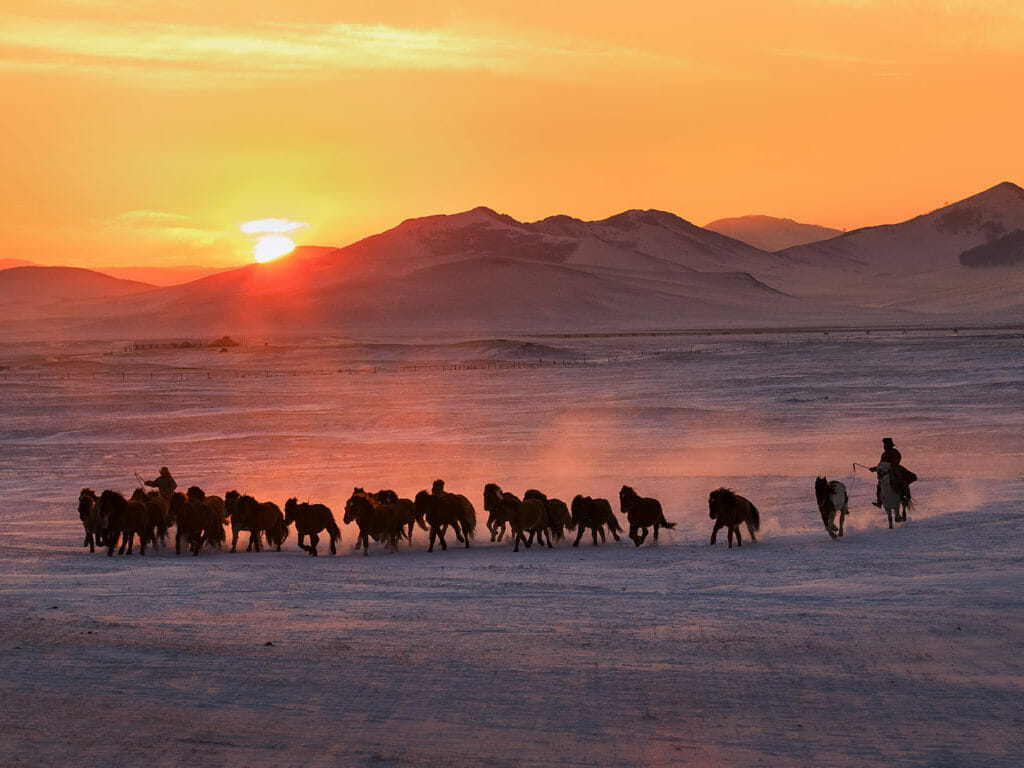 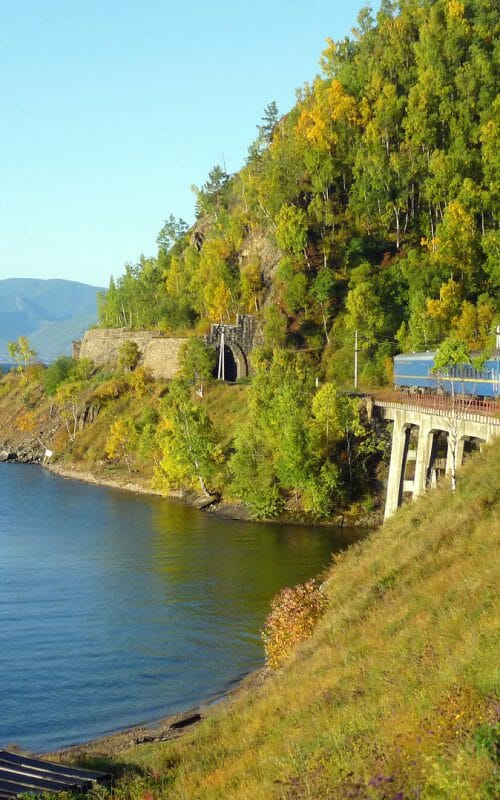