Flying over Nicaragua, it’s easy to see why locals refer to it as the ‘land of volcanoes’. After all, this is the Pacific Ring of Fire. Luckily, the majority of these majestic cones currently lie dormant, so make for a dramatic landscape and some incredibly scenic walks.

The mighty Mombacho was our volcano of choice. Whilst my guide assured me that it hadn’t erupted for hundreds of years, I wasn’t convinced that it was entirely subdued. Following the Masaya Volcano, Mombacho is indeed the most accessible volcano in Nicaragua. It was a steep climb in our 4×4 from the beautiful town of Granada up to the entrance of the reserve. En route we passed through what seemed like many different types of ecosystems, from dry and arid to wet tropical, known as the cloud forest which covers all four of Mombacho’s craters. If you pass through the highest peaks you can also spot the dwarf forest, named so as the trees never grow tall due to constant strong winds.

Embarking on the walking trails around Mombacho’s craters, the sheer mass of wildlife was both a surprise and treat to see. In fact, it has been so long since the craters have seen any volcanic activity that they are absolutely teeming with endemic species. The Mombacho salamander is particularly intriguing, and can only be found on this volcano. Birds, monkeys, insects and beautiful red-eyed tree frogs can also be spotted, all blending perfectly with their surroundings until opening up an eye!

As we walked through the dense cloud forest, my guide stopped and beckoned me to a small vent releasing steamy and sulphurous fumes. More than enough to prove that there are still some geothermic happenings and to remind me that there was indeed a volcano buried underneath the layers of vegetation.

As legend goes, Mombacho is responsible for the hundreds of Islands dotted across Lake Nicaragua after a huge eruption spewed chunks of rock into the water. The Lake itself is an ideal place to see fishermen searching for Red Snapper & Tilapia, displaying their catch of the day by the shore. I was warned of the freshwater sharks that inhabit the waters, it seems that only the brave go for a dip. However, the infamous sharks are now reported to be endangered so I imagine you’d in fact be quite lucky to meet one! 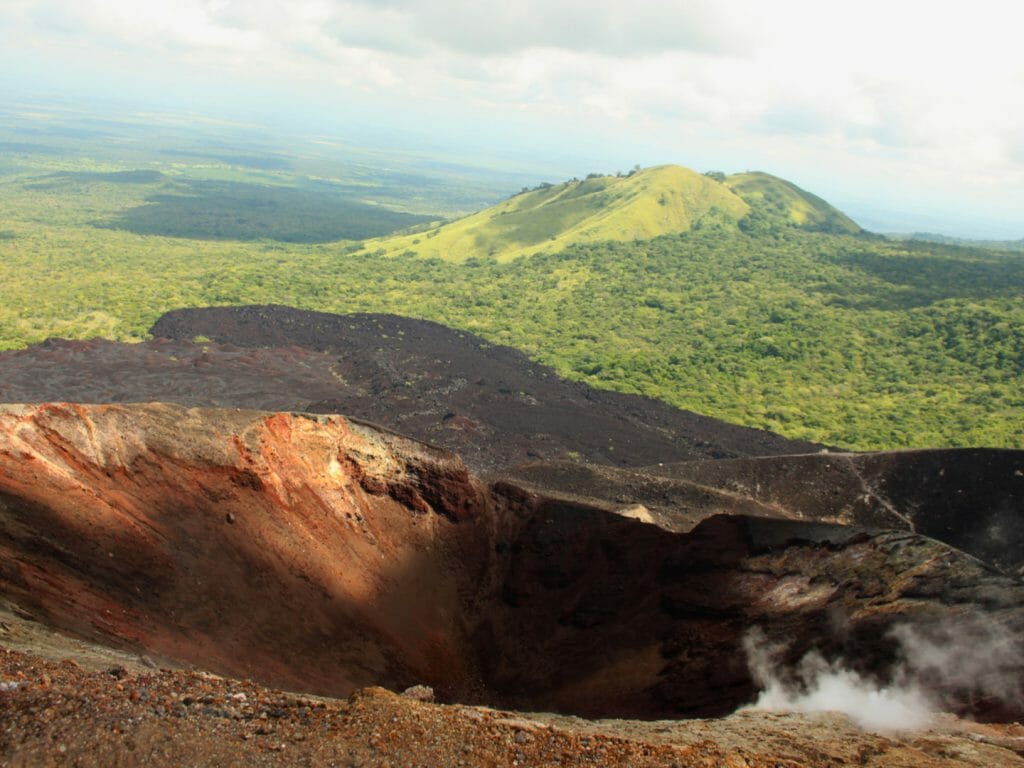 Stories
Nicaragua – Sandboarding the Cerro Negro volcano
Steppes Travel
After driving along a nicely tarmacked road, the journey became much more of an off-road experience. The tarmac was replaced by…
Read Article 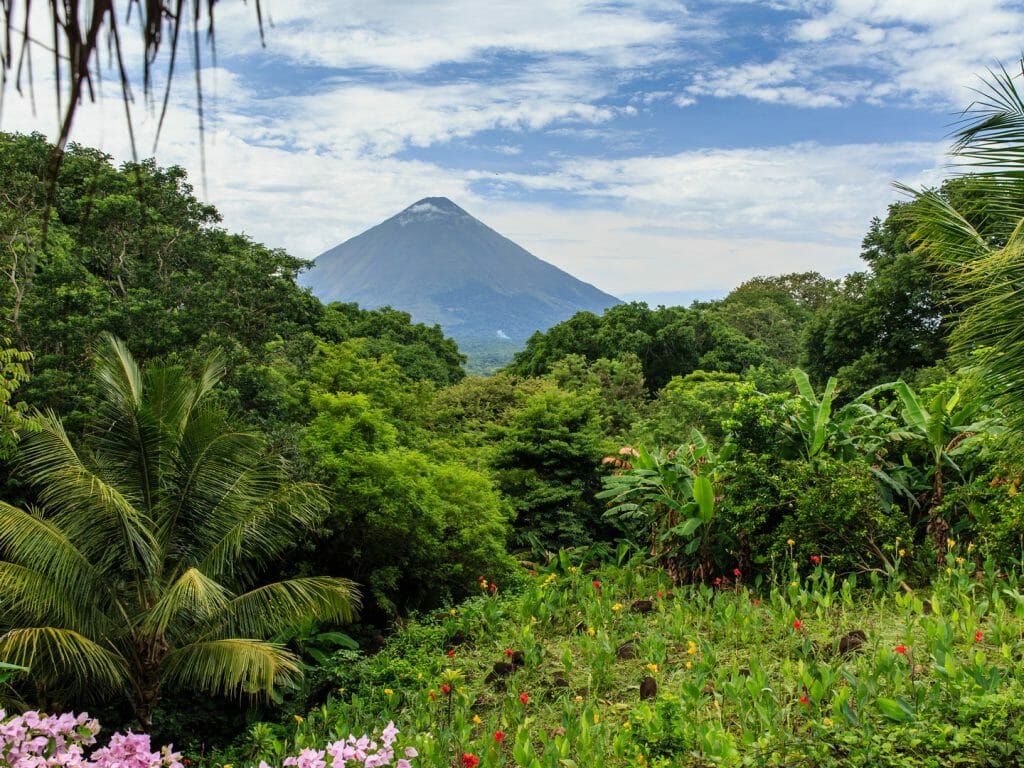