Popular Destinations
See our full list of destinations
Tailor-made & Group Tour Holidays
See all of our Holiday Ideas
About
Travelling Safely
Our Content
When to Go
Best time to visit
Our People
Home Blog Grounded in Greenland: Exploring Tasiilaq

I have always been a firm believer that the best travel experiences start when something goes wrong. So when Air Greenland delayed my flight out of Kulusuk for two days, I relished having the additional time in Tasiilaq so I could explore further this remote region of East Greenland.

Getting to Tasiilaq from Kulusuk requires just a 10-minute flight in a bell helicopter (there is only room for a small helipad). The flight in over the coastline strewn with icebergs was spectacular, although the thud, thud, thud of the rotor made me feel like an extra in a scene from the movie ‘Apocalypse Now’. Tasiilaq is small town, but with just over 2000 inhabitants it is the largest in the Sermersooq municipality. Its brightly coloured buildings cling to the steep sides of the hills that drop down into a deep fjord which is only accessible by boat from late June to mid October.

There is a small but interesting museum to visit that charts the history of the region. Outside, three tiny canons are fired ceremonially when the first supply ship of the year arrives. A reason for celebration as Tasiilaq is iced in for up to eight or nine months each year. Next to the museum is a traditional turf hut. There is also a visitor’s centre and church but a visit to the community workshop is a must. This area is renowned for its traditional carvings and tupliaks. The community spirit, typical of Greenland, can be readily seen here where anyone from the town can come to use the tools and work their craft.

Explore the wilderness either on foot or by kayak or in the winter, by dog sled and skiddo. The surrounding scenery is beautiful.  During the summer explore on foot through the Valley of Flowers passing lakes that reflect the snow-capped peaks of the adjacent mountains. Alternatively, follow the coastline of the fjords keeping a look out for whales in the bay. For those looking for a more challenging walk, there are multi-day options out towards the Sermilik glacier and beyond. There are plenty of boats in the harbour which can take you out to the island of Angmagssalik through the Sermilik Fjord in search of wildlife. Nearby villages such as Tiilerilaaq can be visited where you can lunch with the locals and try some of the traditional delicacies.

One of my highlights, was that I was able to go kayaking in the fjord; a favourite pastime of mine. Some of the icebergs were grounded by the tide so it was safe to paddle around them. There is nothing quite like seeing icebergs from the water. The blue hues and the strange shapes carved by escaping air and the waves, are even more beautiful up close. It is even possible to dive among the bergs. I tried my hand at sea fishing too and was much more successful than normal. Although none were big enough to take back to eat, it was another good excuse to be out on the water.

The Greenland culture is very strong, and I was lucky enough to hear a local choir sing in Aleut, their local language. Despite not understanding the words the music made the hairs on the back of my neck stand on end. I noticed a young drum dancer, and could see the traditions are just as important to the younger generations. The rhythm and the passion with which he played was intoxicating. The Greenlanders are a nation who are proud of their heritage and although often quite shy, if you ask, they are happy to tell you their stories.

So, was I annoyed with the delay? No, I had a fantastic time in Tasiilaq and when the flight did eventually arrive in Kulusk, the captain came out to apologise and promised to make it up to us. True to his word as soon as we reached cruising altitude he opened the cockpit door from where we saw the Greenland ice sheet as we flew into the setting sun. Before landing in Nuuk he flew down through the fjords, pointing out various mountains and sharing stories from local folklore. And when I asked why the flight was delayed, he explained that the end of the runway at Kulusk had been washed away. I couldn’t argue with that. 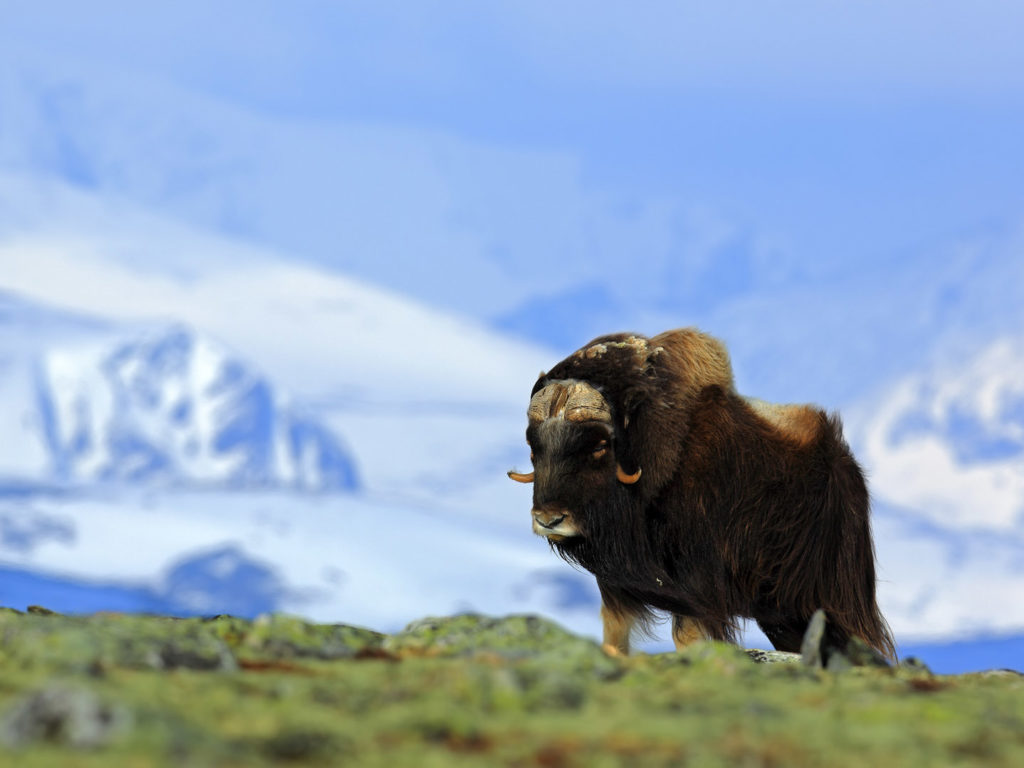