Popular Destinations
See our full list of destinations
Tailor-made & Group Tour Holidays
See all of our Holiday Ideas
About
Travelling Safely
Our Content
When to Go
Best time to visit
Our People
Home Blog Ecuador: An Education in the Amazon

Ecuador: An Education in the Amazon

Over the vibrating whoop of howler monkeys and the metallic “tonk-tonk-tonk” of bare-throated bellbirds, my ears tune to a hollow drumbeat carried on the fried cacao-scented breeze.

I notice my fingertips are stained scarlet, evidence of thoughtful efforts to extract the medicinal blood-coloured pulp from a ripe achiote fruit capsule. This natural ink, I am told, is a blessed substance to the indigenous Kichwa Anangu community.

Concurrently, melodic chants of “alli shamushka mashikuna”, meaning “welcome friends”, fumble their way through brightly coloured bromeliads and beneath stilted bamboo dwellings to the dusty riverside clearing where I stand. The mamakuna (the women of the community) are serenading our arrival.

We had drifted in a dugout canoe atop the coffee-coloured waters of some negligible meandering tributary of the Amazon River, been trailed by a meddlesome troop of chattering squirrel monkeys and dodged woody vine bridges of soil-rooted liana. All this before breakfast. Through this excusably unruly, seemingly impenetrable tunnel of oppressive pocketed air that turned our fingers webbed, we had arrived at the Amazonian home of the Kichwa. Humming with auditory pins and needles, the place was abuzz with a bewildering hoi polloi of insect soliloquys

Just two days earlier, I had witnessed this colossal broccoli-floret-like forest from above while flying to my remote jungle starting point. Now, I was blissfully clutched in its tousled undergrowth and intertwined canopy. Like the squeaky balls my dog routinely loses in bramble bushes, I am entirely obscured and quite impossible to find.

We have been staying half an hour upstream in a bamboo-raised bungalow atop a caiman-filled lagoon in the Napo Wildlife Centre, a congregation of lodgings within the Yasuni National Park that are owned and run by the community. In addition to housing out-of-towners like me, the eco-lodge doubles as a boarding school for the nippers of faraway communities, like Pompeya and Tiputuni. On what is arguably one of the world’s most unique school runs, children are canoed between Napo and the Kichwa township.

Before the school was built, I am told, infants were either left in the care of city-dwelling relatives or obliged to forego education altogether.

At ease in their ancestral home, cloak-and-dagger hidey-holes are revealed to us by grinning Amazonians who know the labyrinth of waterways like some humble Snakes and Ladders board. Only here, shushing gestures and pointed fingers are intended to reveal tangible black anacondas that coil up like 6-metre-long liquorice wheels in river-lulled swamps. A game this is not. As an outsider, my invitation into the nooks of the forest is exchanged for profits that are fairly divided between the community. It is an honest and authentic trade, and one that ensures the protection of both the indigenous people and their valuable territory. Without eco-tourism, these native lands would likely fall into the hands of forest-guzzling oil moguls.

Back at the township, a time-wizened elder with black hair that falls to her middle back passes me a tiny wooden chalice – its porous, carved surface worn smooth by years of handling. From it, I take a sip of sour yanamba, a fermented potion made from roasted cassava, while a translator explains how this readied native root is toxic and hallucinogenic in its raw state. My attempts to communicate with the mamakuna – to thank them for both the merry greeting and my distinct lack of cassava poisoning – are limited to happy eyes, head bows and grateful “yupaychanis”.

Following clumsy flush-cheeked participation in a ritual dance, I tear away from the knot of bare feet and drumbeats to reach the school and its classroom of younglings. They are a toppling-chortling-wall-climbing-story-pondering-stand-up-fall-down assemblance of littles, much like any other I had seen elsewhere in the world. Only here, wooden walls give way to windows of panelled wire mesh that are designed not to keep students in, but opportunist jaguars out. The room is as stiflingly humid and peppery-hot as the mature woodland that swaddles it. From colouring pencils to maps of the continents, the list of absent resources is extensive and noticeable. The Steppes Fund for Change has since gifted £2,000 for the purchase of essential supplies and two computers, allowing for the development of invaluable tech-literacy.

I am greeted by Oneyla, who aspires to be a teacher and live across the river in her native New Providencia community. Her favourite things are play dough and puzzles, and she loves to write. Also Yulitza, who never stops grinning, and Grefa, who cannot keep his feet on the ground. Then there is Yasuni. I observe this child, the namesake of the sacred reserve, as she roots herself like a giant kapok tree to a time-worn desk and voluntarily starts about completing pages in a workbook. Her sincere attempts at concentration are foiled by a raucous cyclone of wall-scaling peers, and she develops an exasperated pout. When she grows up, she wants to be a doctor, but the community simply does not have the resources to cover further education. Until the children of the Amazon are awarded university scholarships, Yasuni’s commendable aspirations will remain an impossible pipe dream.

As I leave, cutting a tentative path towards an awaiting canoe, my procession of new-found friends in their gold-embroidered garments stir up fleeting gustnadoes as they scuttle between the school and the waiting arms of their beaming mothers. Speaking the common language of the Inca empire, Yasuni calls out, “Kanta yuyarishami, Ban-eysa”. The former means “I’ll miss you”. The latter, a charming endeavour to pronounce my name. I feel an unexpected stirring that is something like hiraeth – the untranslatable word that expresses the feeling of homesickness for a home to which you might not return, or which maybe never was your home at all.

Cocooned in unforeseen friendships that hurdled the obstacle of language, I had adored colourful lines drawn on crumpled pages, hoorayed safe desk-to-wall traverses and motioned along with unfamiliar renditions of Incy Wincy Spider. I spoke in English, they replied in Kichwa – but somehow, we understood each other. As it turns out, relationships trump semantics. In that wild and unassuming latibule, it was I who received an education in the Amazon.

Idea
Ecuador
Sail the Ecuadorian Amazon
This unique journey, which combines a remarkable sailing voyage through the Amazon Rainforest with a road journey through the volcanic mainland of Ecuador, is ideally suited to those seeking an exploratory (yet luxurious) wildlife adventure.
12 days from £4,850pp 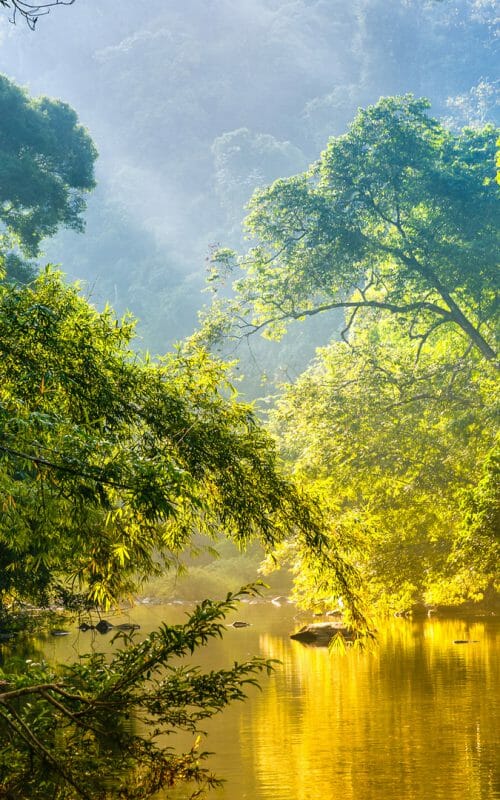 View Cruise
Idea
Ecuador
Amazon, Cloud Forest & Avenue of Volcanoes
The ultimate medley of mainland Ecuador’s most iconic destinations, from the Amazon Rainforest to the Avenue of the Volcanoes, this journey by road, by plane and by canoe has a truly exploratory feeling due to its remarkable wildlife-spotting and interaction with indigenous…
12 days from £3,510pp 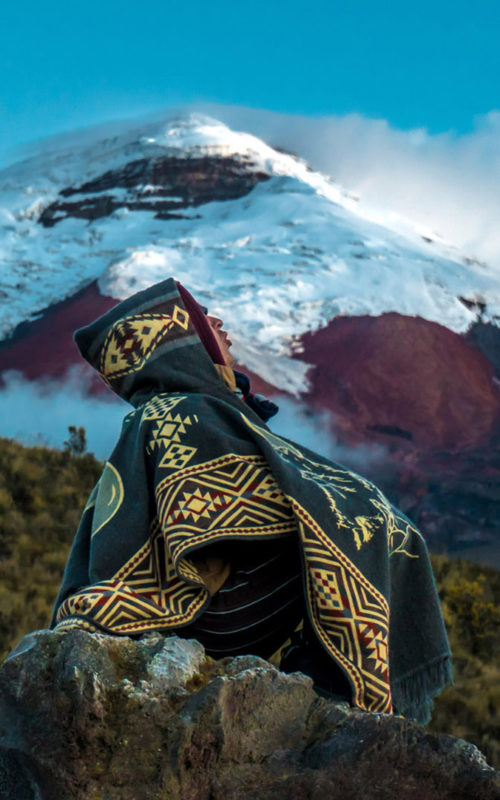 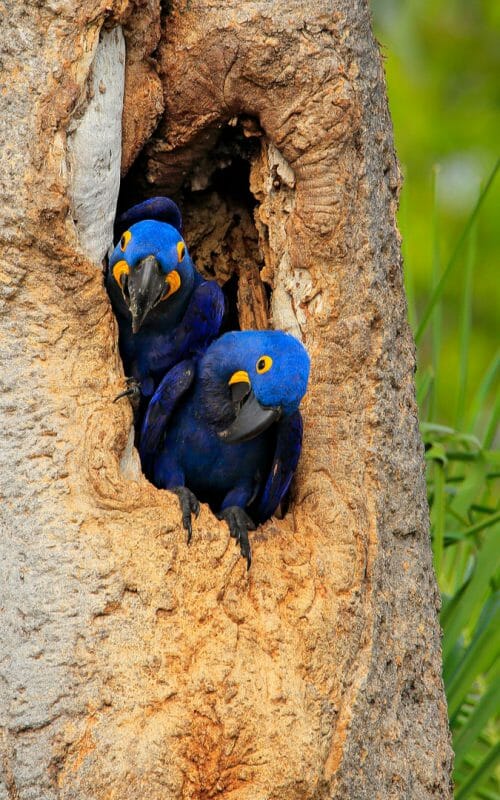 Idea
Ecuador
Sail the Ecuadorian Amazon
This unique journey, which combines a remarkable sailing voyage through the Amazon Rainforest with a road journey through the volcanic mainland of Ecuador, is ideally suited to those seeking an exploratory (yet luxurious) wildlife adventure.
12 days from £4,850pp

View Cruise
Idea
Ecuador
Amazon, Cloud Forest & Avenue of Volcanoes
The ultimate medley of mainland Ecuador’s most iconic destinations, from the Amazon Rainforest to the Avenue of the Volcanoes, this journey by road, by plane and by canoe has a truly exploratory feeling due to its remarkable wildlife-spotting and interaction…
12 days from £3,510pp

As usual all aspects of this trip went like clockwork, even thought we were in South America where timings can be different to other parts of the world! This we put down to the work done by Paul and his knowledge of the country.