An iconic African predator, the Painted Wolf, has stared in films going back as early as I can remember. One such film was in the early 1970s on the World About Us strand starring a Painted Wolf named ‘Solo’. To this day, I wonder how the crew managed to succeed in following the pack over large distances without losing them through scrub or thickets. With hindsight, I see why ‘Solo’ featured so strongly. The animal was badly lame and so probably the only one that the crew could be sure to follow. In that film, the Painted Wolf (Lycaon pictus) was called by its other popular name, the African Wild Dog. For the BBC to choose to call it the Painted Wolf in this episode for Dynasties, helps the viewer to distinguish the Painted Wolf from the feral dogs (domestic dogs gone wild), which are a very different animal.

Feral dogs living on the fringes of human habitation are sadly partly to blame for the demise of the Painted Wolf, as when they encounter each other, diseases can spread. Disease outbreaks have decimated the number of Painted Wolves. At the last count two years ago, there were fewer than 7000 in the wild, only 1,400 of which were reproducing adults. Painted Wolves are only found in Africa, and with expanding human populations with their dogs, Painted Wolves are in a precarious situation.

If Painted Wolves have been filmed so much and been the characters in so many wildlife films coming out of Africa, how could the Dynasties team possibly ‘better’the story or improve the quality of the footage? The common-sense answer is to spend more time in the field, but that is expensive.

The Dynasties series has a huge budget, which does pay off. For the Dynasties episode featuring the Painted Wolves, it is said that the crew had around 600 field days. I had 90 days for the thirty-minute films I made for the long-running strand, Wildlife on One and about half that number of days for each episode of ‘Life of Birds’ with Sir David Attenborough. In the end of course, having assessed various strategies and consulted with the scientists that work so closely with the animals, much also still depends on luck. One just needs to be in the right place at the right time.

Painted Wolves can cover huge distances quite quickly when they are hunting. It is not a sprint, like a lion or tiger. The species is a specialised diurnal hunter of antelopes, which it catches by chasing them to exhaustion. When the first Planet Earth was being filmed between 2004 – 2007, the best technology available for this kind of shot were full sized helicopters equipped with a special camera mount that stabilised the lens and made it possible to zoom into hunting packs. But the helicopter had to be incredibly high, or it would spook the animals. Though the cost of the helicopter time, ground and air time, with all the additional specialist equipment was astronomical, the resulting footage was memorable.

The invention of the drone however has helped in filming hunting wild dogs. Drones can be launched at speed from a Land Rover and can follow a hunting pack from high in the air without disturbing them or their prey. Some film makers however use drones incessantly, believing that it is the solution to producing a great film. But does the drone footage help the storytelling? Does it get a shot that better illustrates and supports the narration? A good story is everything and if supported with stunning footage that helps tell that story, the results are staggering.

I think Dynasties have achieved the impossible: they have made the Painted Wolf a character in our minds that will remain close to us for the rest of our lives. They have helped us understand why organisations like Painted Wolf Conservation need all the help they can get. Well done, the whole team that put the episode together; conservationists, scientists and crew! 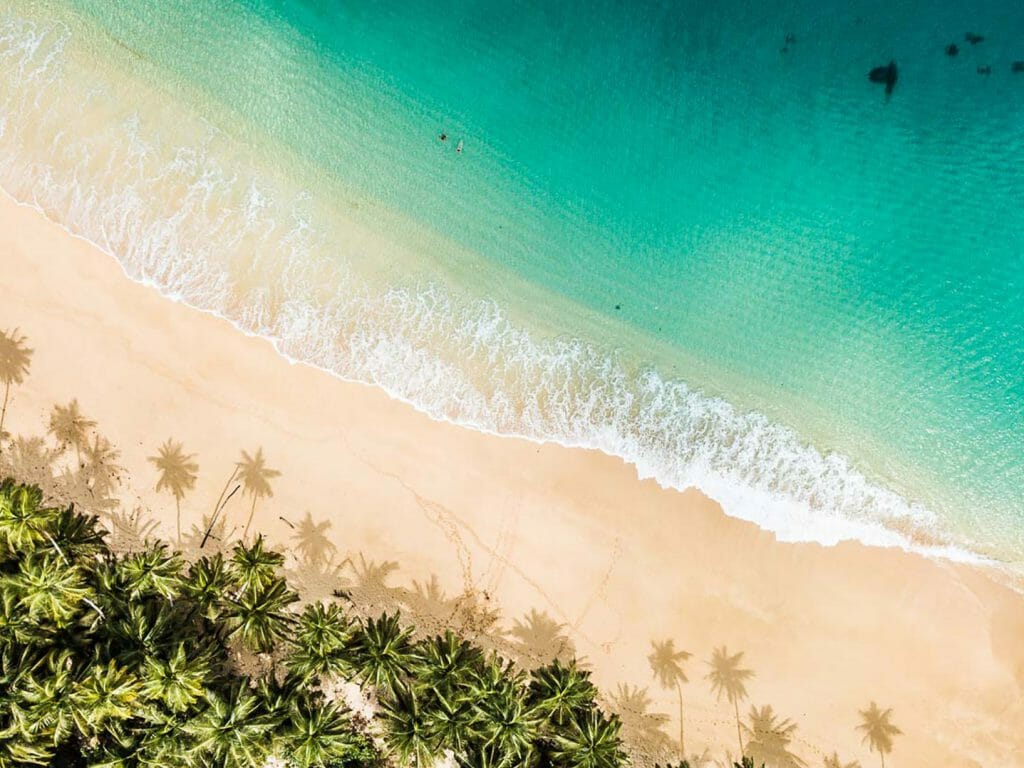 Stories
Sao Tome & Principe: The Land That Time Forgot
Steppes Travel
This article is an excerpt from our new Steppes Traveller magazine – please get in touch with us to receive your free copy…
Read Article