Dreaming of the Datai

Nestled in an ancient rainforest and metres away from one of the top 10 beaches in the world, is the Datai Hotel on the north coast of Langkawi.

This was to be my final stop on my two week trip around Malaysia. On the 40 minute drive from Langkawi airport in the south-west of the Island, to the Datai in the North, I began to see why this Island attracts visitors year after year. With its dramatic limestone cliffs, dense vegetation and clear blue waters, it’s no surprise that this is known to many as a ‘tropical paradise’.

On the final approach to the Datai, I could see a few men milling around in the lobby, wearing traditional Malay clothing. As the car pulled up outside the entrance, the smartly dressed men moved closer. I stepped out of the car with a feeling of importance, to be greeted instantly with smiles and nods. I had grown quite accustomed to this form of greeting during my trip, although there was something very personal about this display before me. I felt like I was the most important person there. Of course, this is how every guest would be welcomed. I then understood why this is one of the leading hotels of the world.

As I was guided towards the reception area, I was amazed at the quietness. The only sound was coming from the very large pond in the lobby where frogs were basking in the warmth of the Malaysian sun. I began to wonder where all the guests were hiding.

My room was beautiful, with views of the rainforest and Andaman Sea from its veranda. I was advised to be very cautious about leaving the veranda doors open, due to the very cheeky monkeys that would take all my belongings if given half the chance. Excited to explore more of the hotel and make an acquaintance with the monkeys I ventured out.

I walked past a large swimming pool situated close to the main building and spotted a few guests relaxing on the large sunbeds.

It was then that I saw the large stone stairway leading down from behind the pool, into the dense rainforest. As I approached the bottom, I noticed a narrow boardwalk that veered into the lush forest. I followed its winding form, stopping every few minutes to gaze around and breath it all in. I spotted two wild boar to my left, and then a few monkeys appeared a few metres ahead of me. At no point during this 10-minute walk did I pass another person, which made it all the more special. I was in my very own sanctuary.

I walked a little further and came to a clearing where a restaurant and bar were located. A small path led me down to the most beautiful expanse of beach I’d ever seen. This was Datai Bay, and it was easy to see why National Geographic has rated this as one of the top 10 beaches in the world. Aside from a handful of couples walking hand in hand close to the shoreline. I stood rooted in the same place for what seemed like ages taking in its beauty.

Dipping my toes in the warm turquoise waters of the Andaman Sea was a blissful way to ease the heat and complete my welcome to the Datai.

My evening consisted of a nature walk around the property, guided by the internationally known Naturalist, Irshad Mobarak and dinner at Gulai House, a restaurant situated in the heart of the rainforest, where the Malay curry was the best I’d ever had.

Staying at the Datai was a step into paradise; a feeling of complete relaxation and rejuvenation. I pledged that I would return one day, but until then I will spend my days dreaming of The Datai. 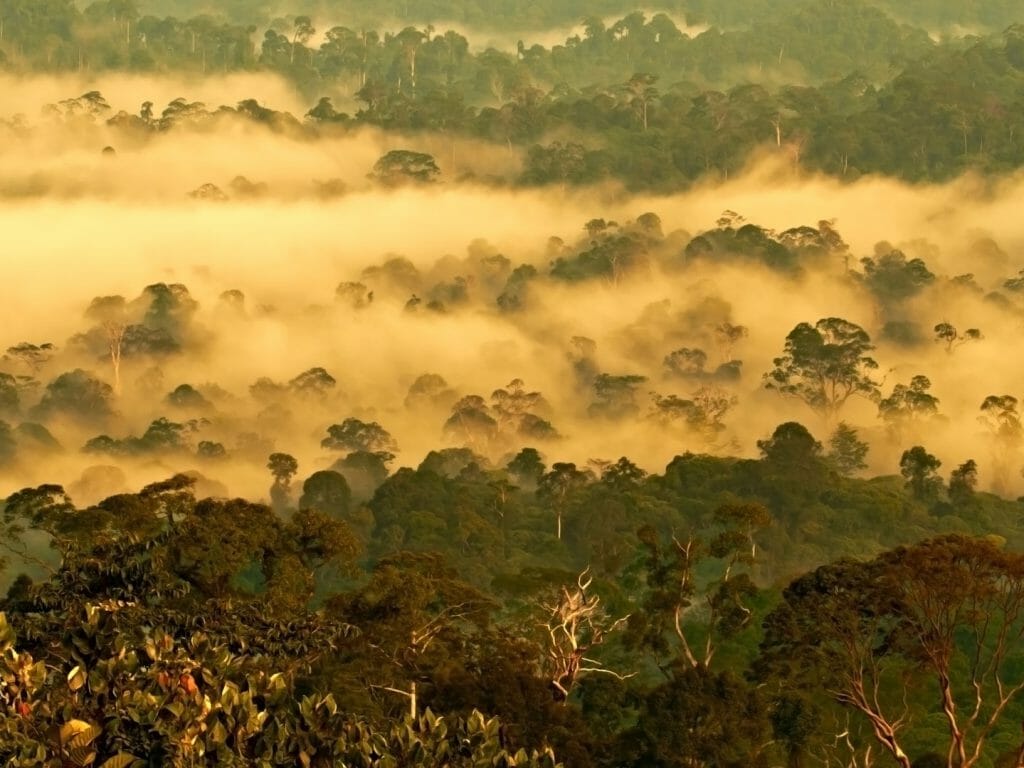 Stories
In search of Malaysia’s wildlife
Steppes Travel
“Hope to see everything and expect to see nothing.” Our guide at Borneo Rainforest Lodge, Ned, spoke these few words to…
Read Article