Chasing Clouds with My Family in Namibia

Namibia really impressed me. I have travelled there before, but this time I decided to take my children and to drive the entire route.

My husband and I were keen on an adventure made more so by the fact that we were driving the Ford Ranger 4×4 with twin cabs; we both love big cars. The children, ranging from 11 to 16, were not sure what to expect. They were at the end of busy school terms and hadn’t yet thought of the reality of Namibia.

Upon arriving in Windhoek, we were given our vehicles, told the rules of the road and overloaded with maps and information. We set off towards Sossusvlei, over the spellbinding Spreetberg Pass and into the quaint town of Solitaire. This is a small farm oasis where the local family had started years ago to sell petrol, supplies and apple pies to passing travellers. Moes’s apple pie is legendary in the area.

After travelling through Solitaire, we arrived in Sesriem. It’s not a town, it’s a place – a mark on the map to indicate the entrance to the Naukluft National Park and the closest point to Sossusvlei. There are a few hotels and camps in this area, the understated Desert Quiver being ours. Each self-catering unit was modern and modest, the outside kitchen made us feel independent and the bar at the top of the hill had a fabulous view over the flat, red earth and the copper mountains beyond. We loved it there.

A storm gathered in the distance and brought dark clouds and lightning. On the other side, the southern cross was visible. Children in the pool, cold beer in hand and the springbok steak on the BBQ – it was perfect.

The reason we came to Sesriem was to visit the Sossusvlei, a dry salt pan surrounded by some of Africa’s highest dunes. We drove until we could not go any further. About 60 kilometres from the gate, the road stopped and sand began. We began walking on the cracked surface of the pan towards the dunes, all eager for the next adventure.

The boys climbed to the top of Big Daddy, a dune that is over 325 metres high and a particular challenge in the heat! Eager to follow, I also began the climb until halfway up the dune, I stopped. I turned around to appreciate the spectacular views. An iconic scene of Namibia: burnt orange dunes, clear blue skies and skeleton trees, for which the area is famous, standing alone on the pan below. I slid back down the dune into the dry, salt pan, the sand falling away under my feet.

Swakopmund was a great surprise, particularly as the name means “excrement opening” in the local language of Tsoa. We had driven north to this coastal oasis and spent our first morning kayaking with seals off the Pelican Point peninsular of Walvis Bay, a huge shipping port rammed with massive tankers and rigs. The seals don’t normally socialise with humans on land but once we were in the canoe, they came to interact with us and even play! The kayaking was fun, beaten only perhaps by the trip to Sandwich Harbour later in the day.

Sandwich Harbour is found south of Walvis Bay, across the Kuiseb Delta to where the staggeringly large dunes meet the sea. This beautiful area warrants a look on Google Earth, the satellite images are impressive. We met Josh, a local who knew every route around the dune scape in his trusted Toyota Cruiser, which he had purchased, he told us with a twinkle in his eye, by selling his wife’s car. We sped between dune and sea, listened to his stories, careered directly up the face of startlingly steep dunes, took in the view and then hurtled back down the other side. It was such fun.

We continued our journey north to the Skeleton Coast, which took us past real shipwrecks and giant monolithic red mountains, home of the desert-adapted elephants. The road signs don’t warn of pedestrians or cyclists, they depict elephants, warthogs and oryx.

Originally the home of the nomadic San Bushmen, this is now the land of the Damara people, who live on the land tending smallholdings with chickens, goats, sheep, donkeys and cows. The name Damara is derived from the Nama word “dama”, meaning “who walked there”. Solidly built, hardy and with a great sense of humour, the Damara are very proud of their heritage, reminding me of the dignified Zulus in South Africa. Throughout Damaraland you pass traditional villages where the people of Damaraland invite tourists to see their way of life. We took the boys into one of these villages and although it may have been a bit contrived, they really enjoyed it and I got the impression that the Damara were having fun too. The children tried their hand at lighting fires with sticks and it seemed we may have married one of them off in a mock wedding dance.

Proclaimed in 1907, Etosha National Park is one of the world’s oldest national parks and a magnificent example of space. We stayed at the newly re-opened Safarihoek Lodge which, set on a ridge of hills overlooking Etosha, offers one of the most breath-taking views I have ever seen. Rarely can you see as far as you are humanly able to without obstruction. We visited at the end of the wet season, so the electric green grass juxtaposed starkly with the white salty earth and the dark, moody sky.

From the lodge balcony, I sat with binoculars and spotted wildlife in the thickets and the open ground below: kudu, warthogs, rhinos, elephants, oryx, springboks, waterbucks, hartebeests, wildebeests and many more. The lodge was a great way for the family to get acquainted with the wildlife, thanks to the excellently guided game drives. However, it was the view that stole the show.

To drive across the Etosha Game Reserve from the Andersson Gate to the eastern Namatoni Gate, skirting the pan, is a treat. Only possible if you are driving your own car and have arranged accommodation on the eastern side as the journey across the park will take all day. It reminded me of the Serengeti – endless plains, huge herds of gazelles and zebras, wildebeests and giraffes. 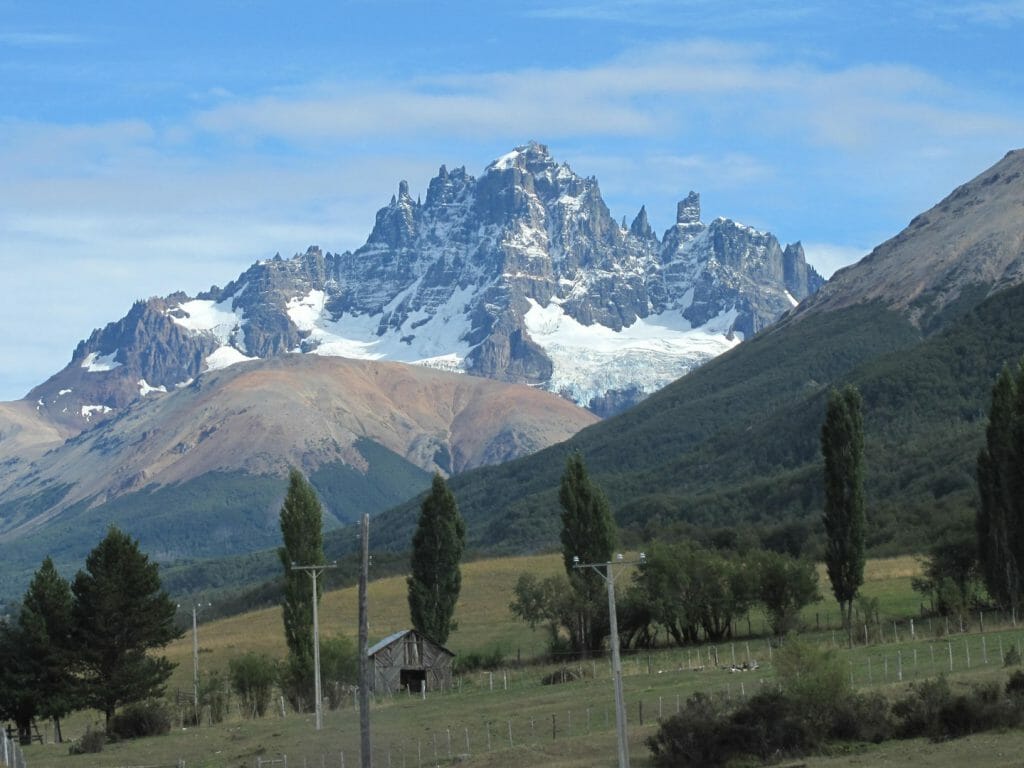