It’s been a fun flight, my second propeller plane in as many weeks. The flight attendant mans the small plane single handily, the poor lady announces ‘Be kind, as it’s my first proper flight having just finished training’ but does a sterling job, taking great care of keeping our wine glasses topped up. Ham and cheese toasties are also being handed out like presents at Christmas…first-class work in my opinion!

The peak of Ball’s pyramid emerges like a shard of glass, thrusting towards the heavens out of the crashing waves. Clouds of gulls circle the escapement as I crane my neck down out of the window to get a clearer look. A wave of excitement fills the cabin, we must be almost there. All I can see is the Pacific. As our plane banks to the left, the two impending towers of Mt Gower and Mt Lisgard announce the arrival of Lord Howe, guarding the island against its eastern flank. We fly right over it, I catch a glimpse of a lovely looking beach; a pencil line wave being surfed by ants.
Out to sea we go again, the bank once more and glide down to the airstrip.

I love it already, this is so different to the Australia I am used to. A white picket line fence is the only security on this airstrip. ‘I remember Heathrow being like this when I was a boy says the British traveller next to me. The latch on the gate opens, I am holding my passport ready for it to be checked but there’s no passport control. 10 or so plastic chairs, and posters on the wall displaying cartoon pictures of pearly white smiles of people on the beach are all there are.

I am quickly intercepted by our host, bags are put in the boot and I take my seat. Off we go….at snail’s speed. We crawl out of the airport and turn onto the main road. We stop. Two cars pass by. ‘Whoa, it’s busy today! Usually, we don’t see any vehicles on this part of the road.’ Off we go again…at snail’s speed. I am not quite sure what’s going on, but it’s lovely with the window down and looking up towards the mountains. ‘Oh sorry, I forgot to mention. With only 6 miles of road and around about 11 owned vehicles on the island, we have a blanket speed limit – 15mph! COOL don’t ya’ think? Creeping up the slope a pristine golf course is off to the left. ‘If you’re interested in golf please help yourself. It’s unmanned but we take it in turns to mow the lawn. An honesty box sits up on the desk in the pavilion, if you need clubs you can help yourself too. $10 or so which I think is pretty good.’

Pulling into the car park at the end of the road I have arrived – Capella Lodge – is partially hidden behind the trees. Checking into my nautically themed ‘Lagoon Loft’ my balcony looks straight up to the giant peaks in front of me. There is no time to waste, with such little time I need to explore. Mountain bikes and golf buggies are included in my stay and sit waiting in the lay-by opposite me. I pick the bike as after weeks of fine dining (and I’m not complaining) I really could do with the exercise.

Following the road I can’t go wrong, I pass the cricket pitch and the museum – it’s got to be worth a look. Inside glass- cabinets showcase eggs and crumbling skeletons, old leaves and bits and pieces that the original settlers left behind. On the wall ‘Wolf Rock’ catches my eye, telling stories of the ships that have met their fate – with it the original whaling ship ‘The Wolf’ running aground and sinking, taking with it a valuable cargo of sperm whale oil.

After dipping my toes into the history of the island it’s time to catch that sinking sun before it disappears, back on the bike and along the road. A car passes by. ‘Haha, look at that!’ I think to myself. I have only been here a couple of hours but already the quirkiness of this place is rubbing off…. 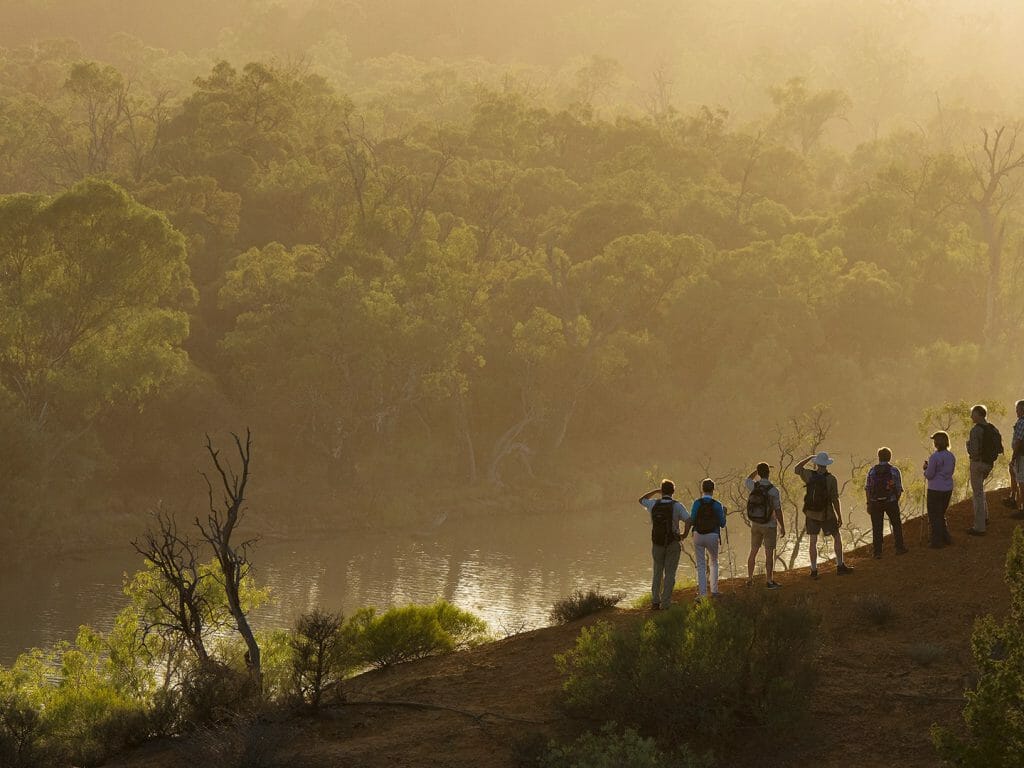 Stories
The Murray River Walk – a Great Walk of Australia
Steppes Travel
One of the questions so often asked after a big holiday is “did it live up to your expectations?” Our response…
Read Article 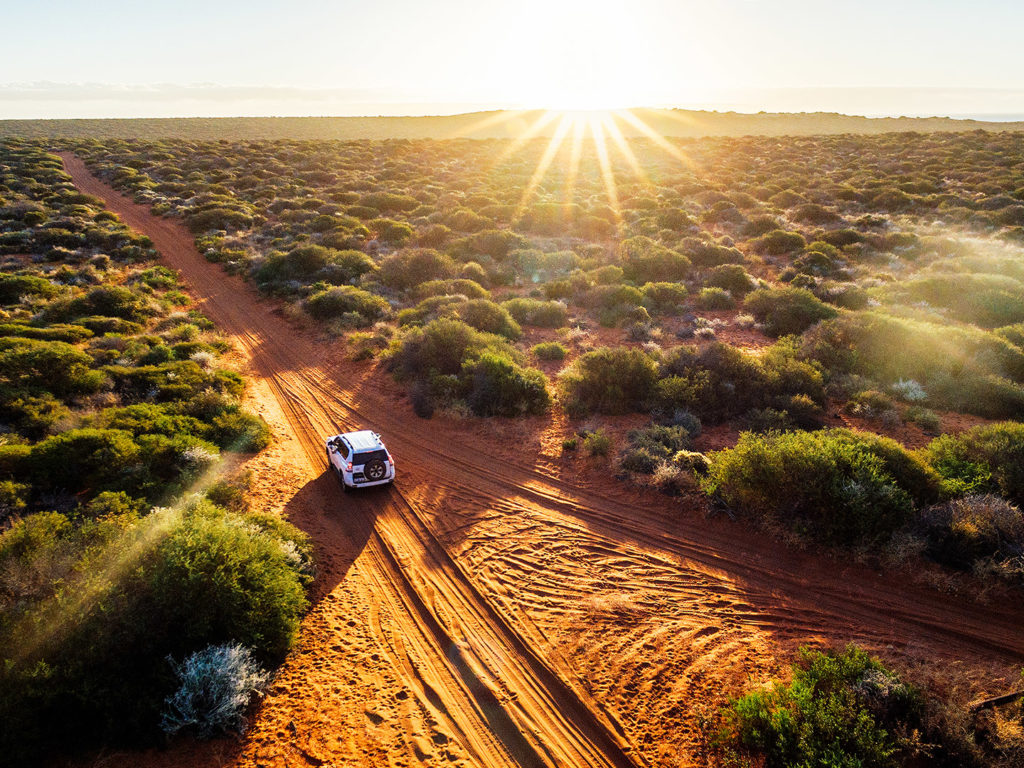 Stories
The Benefits of Booking Australia with Steppes
Steppes Travel
We all know we can book Australia ourselves – an English speaking county, flights on the internet and a cheap Airbnb.…
Read Article 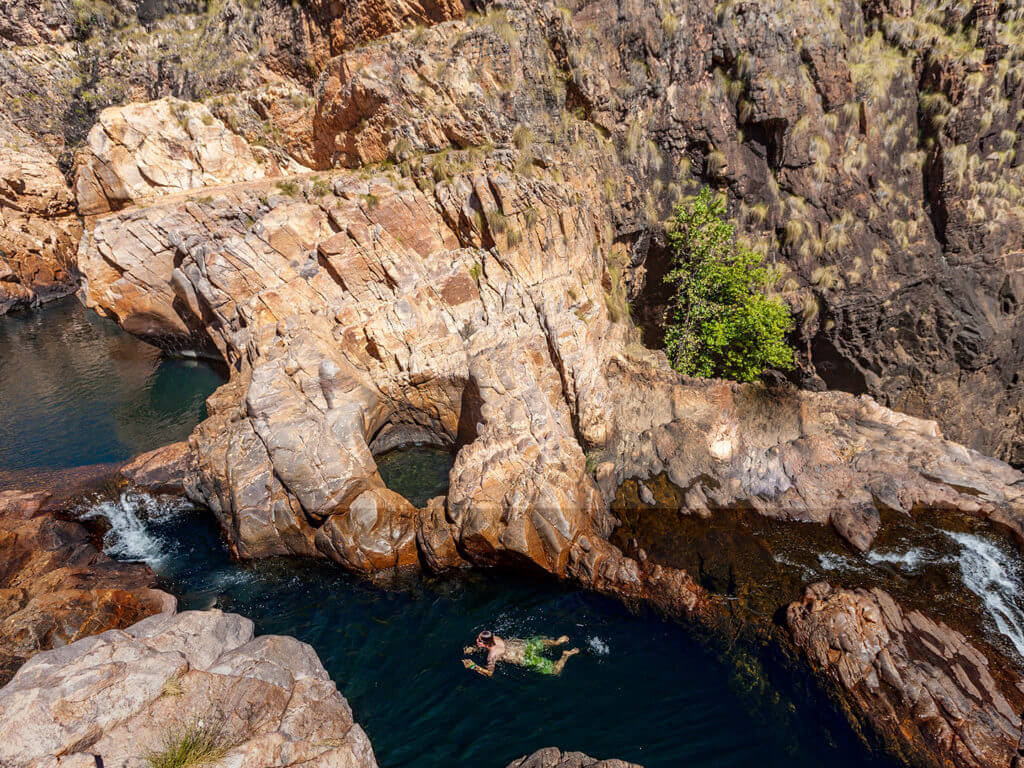 Stories
Australia – north to south by any means necessary
Clare Higginson
With Australia being over 31 times the size of the UK, careful itinerary planning is an essential part of building the…
Read Article 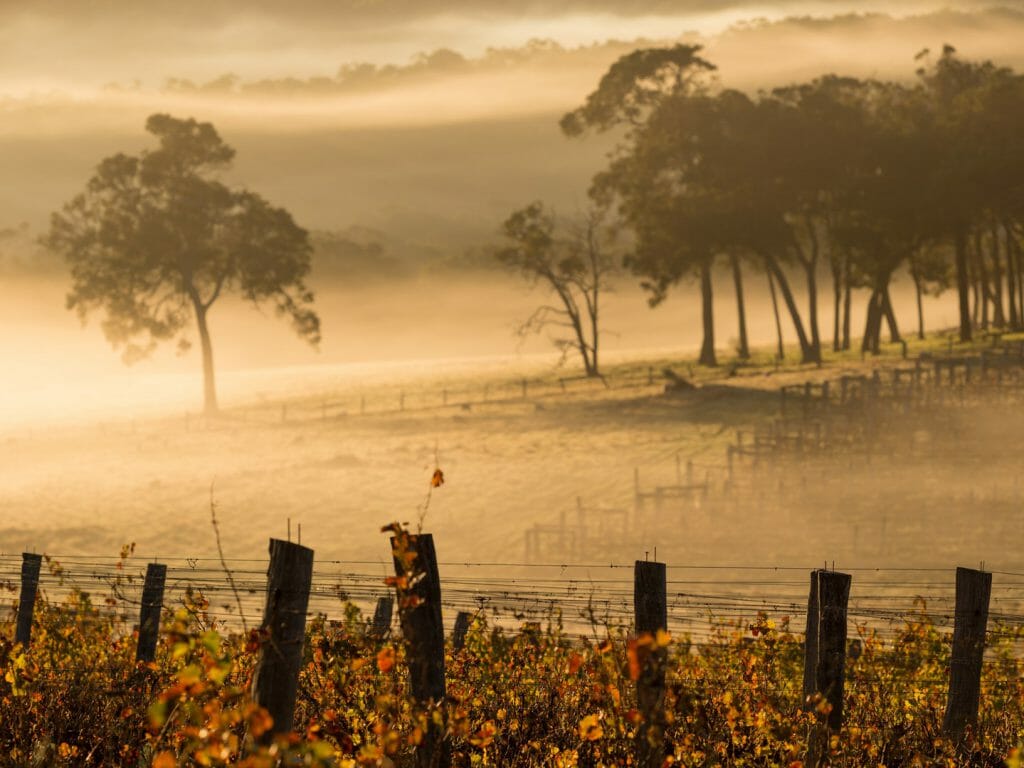 Steppes Big 5
Steppes Big 5: Australian Swagging Experiences
Steppes Travel
One of the most magical ways to experience Australia's wilderness is to spend a night sleeping in the open, under a…
Read Article 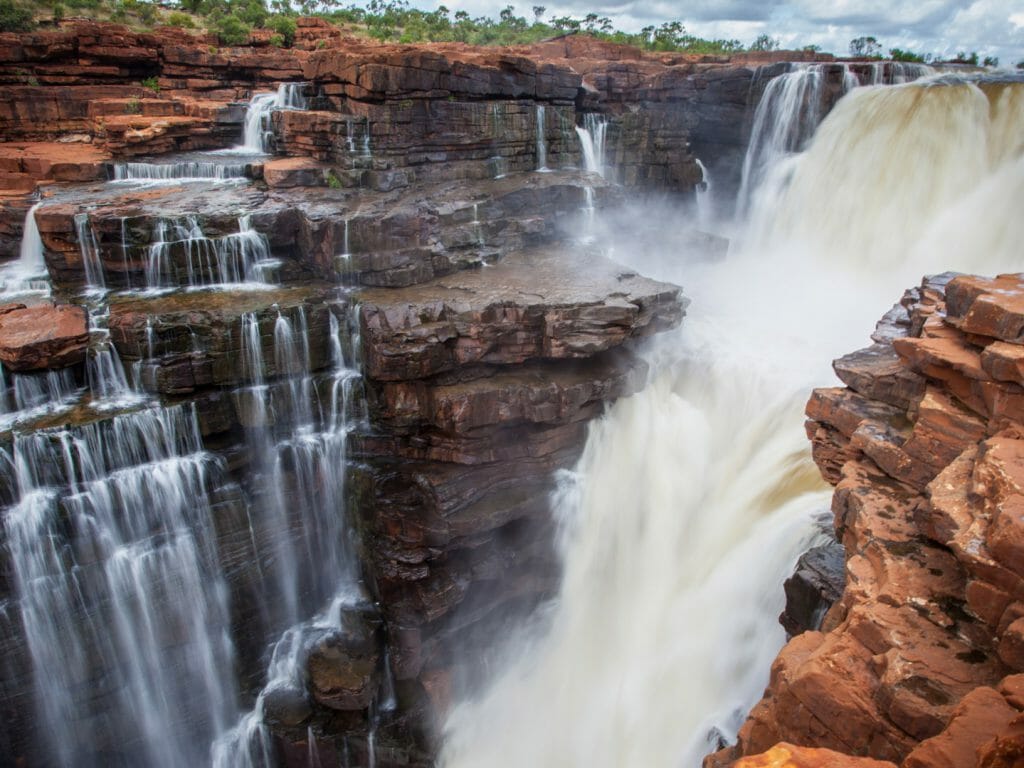 Steppes Big 5
Steppes Big 5: Reasons to Travel to Western Australia
Steppes Travel
The west coast of Australia is often overlooked for the more famous east coast but why not choose Perth instead of…
Read Article 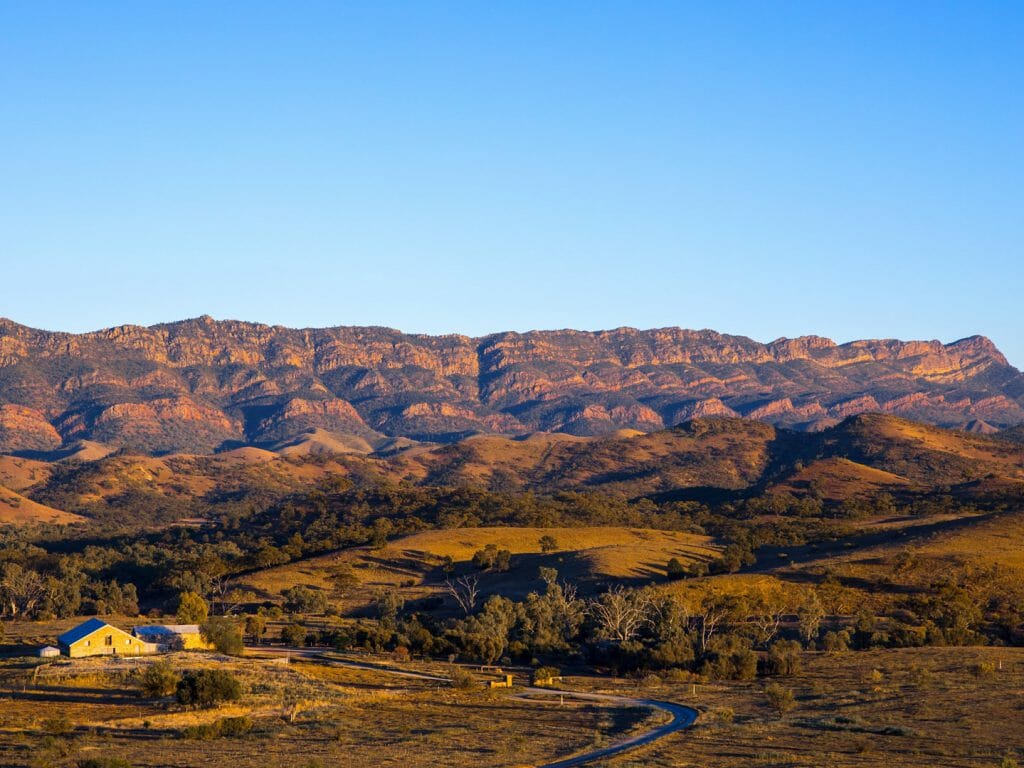 Stories
Experiencing the Australian Outback
Steppes Travel
The long roads continue from Adelaide into the outback in South Australia and we barely pass any cars. Short, twig-like bushes…
Read Article 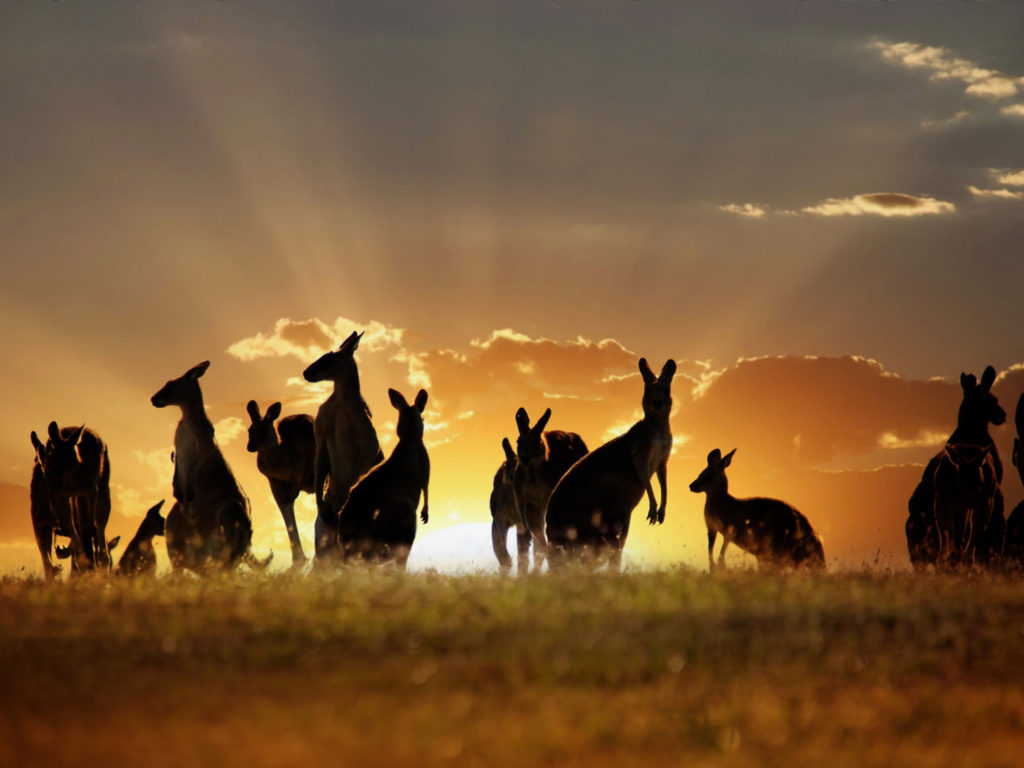 Stories
Now that is what you call a view!
Steppes Travel
There is only one thing you’ll be doing as you walk through the entrance to Southern Ocean Lodge on Kangaroo Island…
Read Article 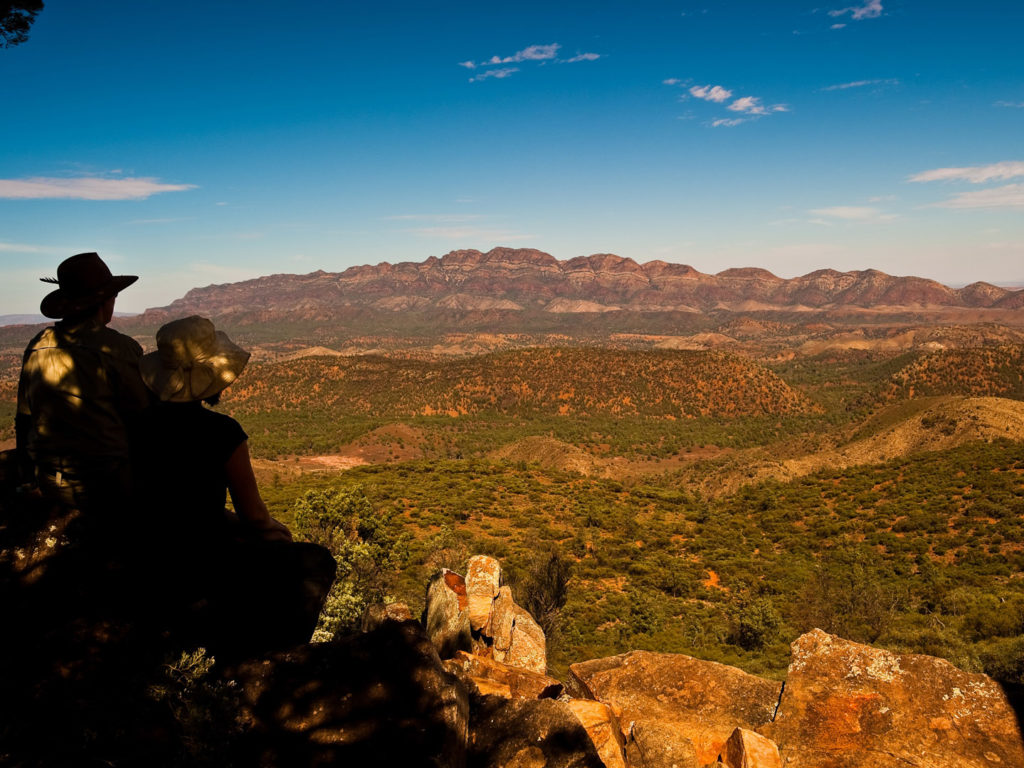 Stories
Driving into the Flinders Ranges
Steppes Travel
It’s almost a job to know where to start, I’m one week into the most fabulous trip of Australia I could…
Read Article 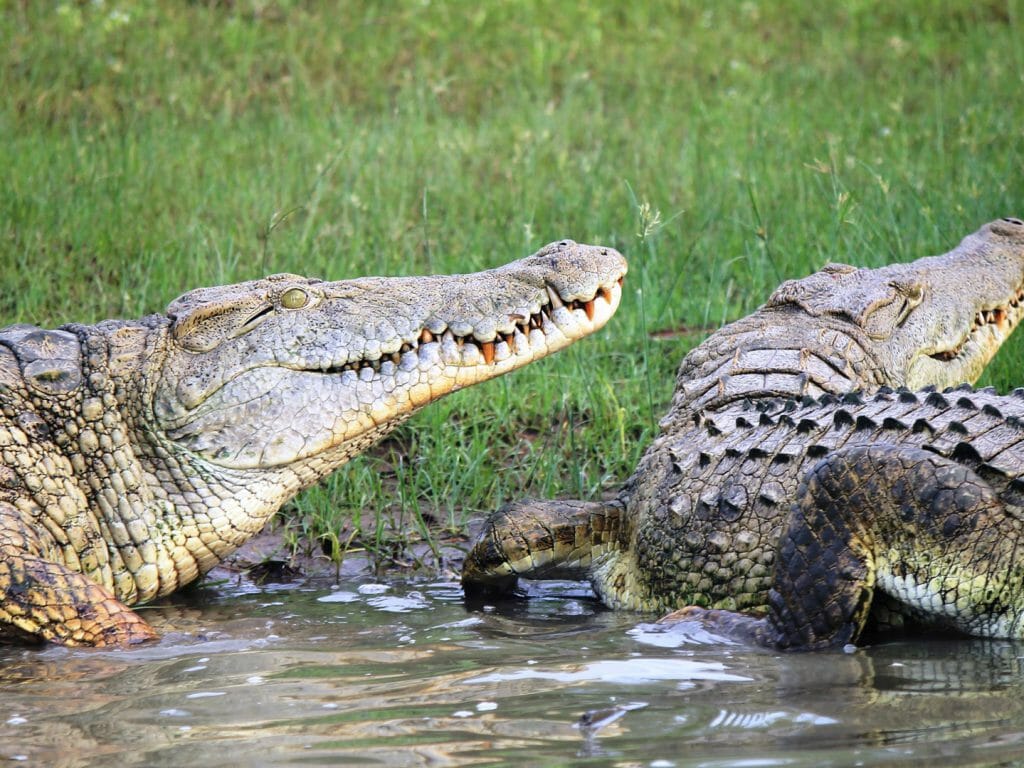 Stories
Ben Fogle swims with Crocodiles – 2012
Steppes Travel
Not that I would recommend this to my clients, but I am very much looking forward to watching Ben Fogle attempt…
Read Article