‘’Assalamu alaikum (peace be upon you) Miss Burnell.’’
I felt humbled to be received with such a warm greeting; a courteous handshake and soft placement of the right hand on his heart followed.
Age old traditions and religious customs are always evidently enveloped in warm welcomes in Jordan.

This was my second trip to the Middle East and I really have fallen in love with this area of the world. Along with an amazing ancient history it’s the people who make these countries so special.

I am not always a fan of ancient sites but Petra really did enthral me. The Nabataeans couldn’t have chosen a more spectacular spot to carve their intricate temples and tombs. Known as the Rose City, the natural colours and shapes of the rocks really are quite striking. However, beyond the carvings, it is through the distinctive Bedouin people that Petra really comes alive. Having lived in the caves here for many years and still earning their living selling souvenirs and providing ‘air conditioned’ taxi rides on their donkeys or camels you get a sense of how they’ve habituated to the land.

Isolated yet welcoming, nights in the company of the Bedouins of Wadi Rum were as tranquil as they comforting. Beneath a swathe of stars, encompassed by desert and warmed with freshly made mint tea, these were by far my most favourite nights of my stay in Jordan. By day we’d take to the 4×4 and rally the orange sands, decorated by ancient rock carvings with black goat hair tents dotting the otherwise uninterrupted landscape. Upon my return I’d always be pleased to hear: ‘’More tea?’’
Well how could I refuse? As in many cultures, tea is an integral part of the welcoming of guests and hospitality in Jordan.

Leaving the south of Jordan, I journeyed back northwards on the Kings Highway to the most revered site in Jordan, Mt Nebo. Believed to be where Moses was buried by God himself, it holds differing significance to people of the Abrahamic faiths. Having reached there in the early morning, eluding the crowds, I was able to really experience how grounding the atmosphere at the Mt Nebo summit could be. My guide Zainab stood next to me and pointed out to the horizon ahead; ‘’you are stood before the Dead Sea and beyond that the Holy Land’’ she said. Looking out from a vantage point 700m above the Jordan Valley we were blessed with spectacular panoramic views, dissimilar to that which Moses would have seen 3,000 years before me. That being said this mountain is not just for those who are led with a belief in a particular faith.

As I neared the end of my stay in Jordan I could feel the Dead Sea beckoning. A serene landscape of tranquillity amongst the shoreline of salt crystals floating in the buoyant waters was indeed an ideal way to end my time exploring the country.
Rejuvenated, restored, renewed. I am ready for my next adventure. 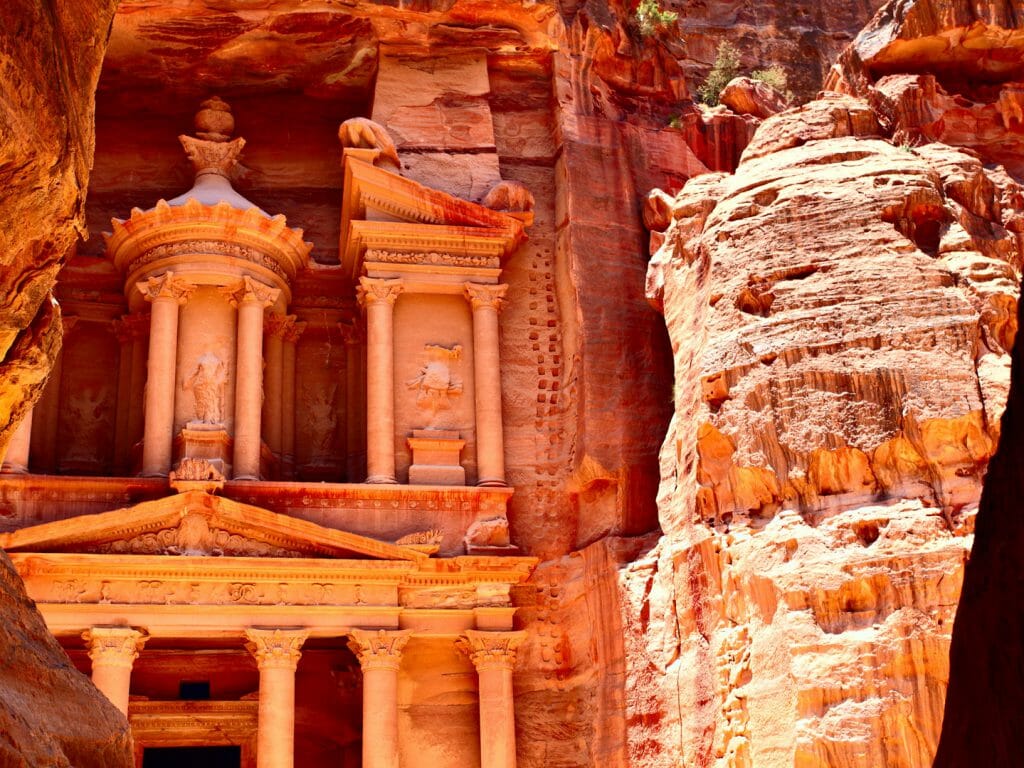 Stories
Journey through Jordan
Steppes Travel
As I stepped off the plane, I was greeted by my driver Hasan, who gave me a warm embrace and a…
Read Article