A Long Weekend in exciting Moscow

Sitting at Moscow airport watching the snow start to cover the wings of our British Airways plane I had time to reflect on what an amazing long weekend my husband and I had just had in Moscow. We arrived flying in over traditional villages, snow as far as the eye could see, driving into the city past the acres of former communal flats known as Khrushchev apartments, this was my fourth visit to Russia but only my second to Moscow, so a chance to gain a better understanding of this iconic city – and what a city!

To me Moscow is where all the elements of Russia meet; it’s a melting pot of food, history (old and new), cultures and lifestyles. The streets lined with Ladas and Porches are how people see the new Russia.

With a constant quiet chatter of Putin following the recent elections, the fleets of armoured trucks lining Red Square in anticipation of a peaceful gathering on Saturday, this was an exciting time to be there. While of course, our visits to the Kremlin, with its gold-domed churches, the snowy morning spent at the Cathedral of Christ the Saviour and Red Square are impressive highlights and not to be missed, it was the insight into local life which helped me understand this new Russia, starting with a wonderful local lunch.

Encouraged by our outstanding guide Helena we indulged in borche, local dumplings and dark rye bread, of course, all washed down with vodka. Convinced that drinking three shots of neat vodka at lunchtime would finish me off, Helena assured us that the accompanying pickles with honey and garlic shoots wrapped in pork fat would negate any effect of the alcohol, and she was right. Vodka made of grain, she assured us, is after all just liquid bread!

Visits followed to the new Tretyakov Gallery showcasing Russian art from the 20th century, including some spectacular revolutionary paintings and social realist art and the Izmailovsky market. This market is home to your essential souvenirs – fur hats, Russian dolls and fridge magnets but it is the hand-painted plates from Uzbekistan, the woven rugs from Tajikistan, the painted icons and relics from the former Soviet Union that make a trip on the famous Moscow Metro to this market so worthwhile. Not to mention the delicious shashlik with homemade flatbread for lunch.

To me, Moscow is the most authentically Russian city I’ve visited; it is exciting, vibrant and fascinating. The communism of old Russia has been replaced by dedication to religion and politics of a new Russia but its sense of identity and its people remain as genuine and mesmerising as ever. 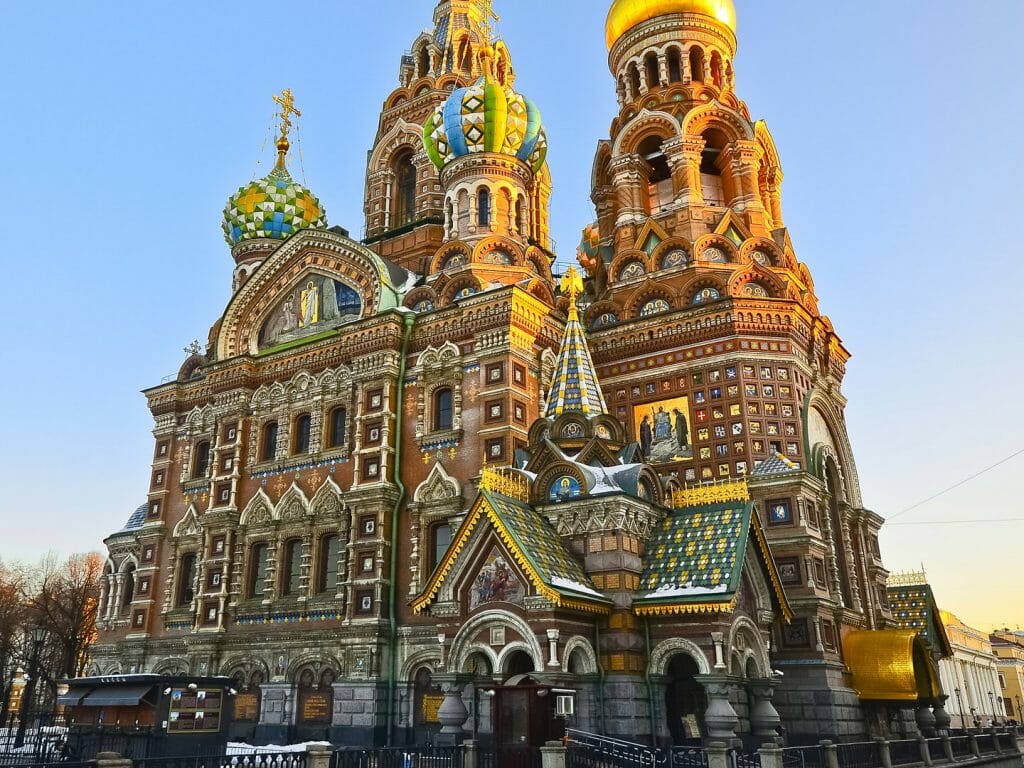