Popular Destinations
See our full list of destinations
Tailor-made & Group Tour Holidays
See all of our Holiday Ideas
About
Travelling Safely
Our Content
When to Go
Best time to visit
Our People
Home Blog 21 Blue Whales in under 2 weeks!

For those who are considering Baja California for Whale watching then you want to read the updates sent to us by the Captain of the Searcher from this February’s departure. The sightings just get better and better as the days went by:

“Today was another great day! We watched several humpback whales seeing all their usual behaviours like breaching, flipper flapping, tail lobbing and more. We also saw a cow with a very young calf along with an escort. Great whale watching today. A special treat was that it got calm enough that we saw four dwarf sperm whales which are rare and we were able to get pretty close to them.

Then we went to Bahia Los Frailes and dropped the anchor for a couple of hours. There was a group that went on a short walk and another group went snorkelling for the first time on this trip. The weather is good so we are headed north to Isla San Jose.

We’ve enjoyed another picture-perfect day in Laguna San Ignacio with clear skies and light winds. We started the day with a visit from a cow and calf next to the Searcher. The cow was interested in the anchor line and had a good time rubbing on it for a while. They returned for two more visits throughout the day and they were here right up until we had to leave this afternoon. The pangas had good whale watching all day with great viewing and close encounters on just about every trip. The last trip of the day provided everyone with a trip of a lifetime with close encounters with a cow and calf.

We had another great day with sunny skies and calm seas. We left the island and immediately found two blue whales – and a cow and calf pair of blue whales in the distance. We stayed with one of the individuals for a while because it was fluking which is always a crowd-pleaser. We were able to geta good look at this whale and its flukes.

We decided to head west towards Isla Monserate with hopes of finding more whales and maybe a different species or two. We found four more blue whales and another one pleased us with its tail fluke. Two fluking blue whales in an afternoon – that was great!

We had an extraordinary day today! It started with a great sunrise at Punta Colorado, Isla San Jose, then a skiff ride followed by a hike on the island, and then a snorkel for those interested. The water was a bit chilly in the mid 60′s with good visibility.

Then the fun began. I have seen quite a few spectacular things in the Sea Of Cortez and today has to be one of the top 10 in my career. We started seeing large groups of birds diving and the closer we got the more life was seen with 2,000 to 3,000 common dolphins along with 10 to 12 Bryde’s whales, all feeding in the same area on small baitfish. We saw Bryde’s whales lunging through these large balls of baitfish, dolphins in the same area along with pelicans, frigates, gulls and a few boobies. There were at least 10 different schools of baitfish twice the size of the Searcher in a 2 square mile area. It was hard to decide which area to be in. We narrowed it down to where the Brydes whales were feeding. This all happened in less than an hour from leaving Punta Colorado. In every direction, you looked there were feeding frenzies.

After about 2 hours of observing this we decided to leave and head for a tall spout in the distance and found it to be a blue whale. It was diving deep and down for several minutes so we continued on and the boys up top found another blue whale that turned out to be a cow and calf. We followed them for about half an hour and decide since we only had an hour of daylight left to continue on and see what else we could see. Just as we sped up to leave the calf surfaced right next to us, we stopped and the calf, about 35 feet in length, came alongside us and went right under the bow. It circled us for about half an hour staying very close. It was incredible to have this happen. I have only seen it maybe twice before so it was very special.

We saw the cow about half a mile from us and she stayed at that distance while the calf stayed with us. What an experience! When we thought the calf had left us there was another whale that surfaced right next to us and we realised it was not the blue whale calf but a Brydes whale. It came out of nowhere and surprised all of us. We started seeing multiple spouts in the area and we thought there might be 4 blue whales and 2 Brydes whales within a half mile of us. What a way to end this incredible day.”

If this has whetted your appetite then book now, the 2013 February departure is already half full. Please call Sue, our Baja specialist, to discuss the various cruises we offer to Baja. 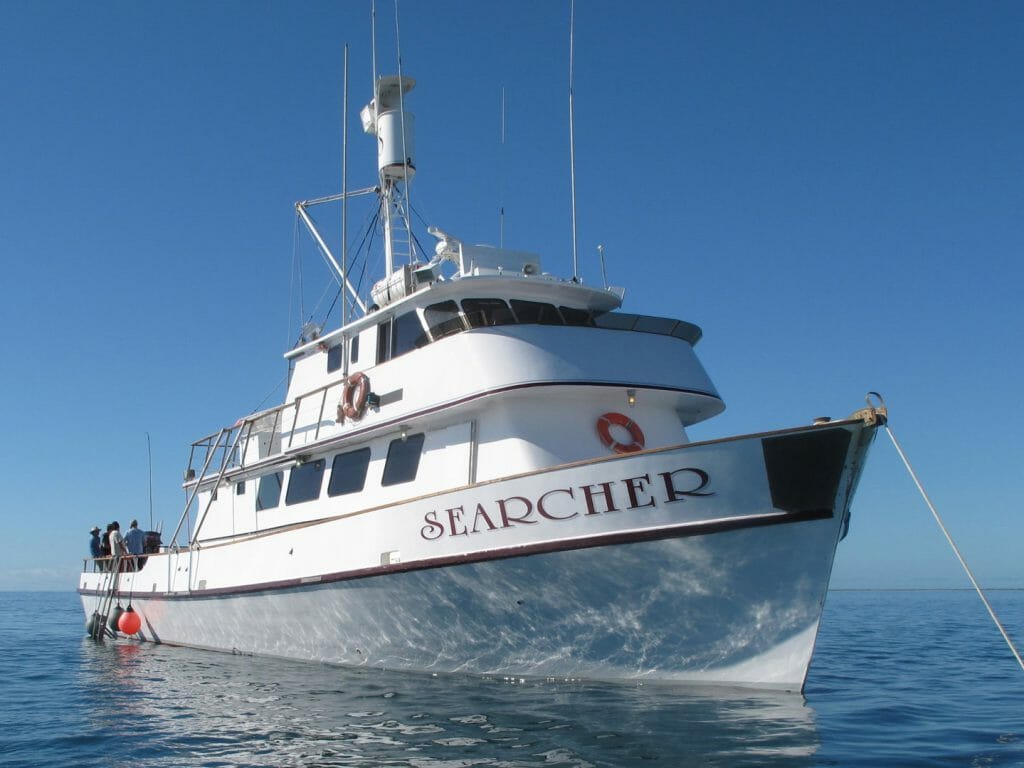 Stories
21 Blue Whales in under 2 weeks!
Sue Grimwood
For those who are considering Baja California for Whale watching then you want to read the updates sent to us by…
Read Article 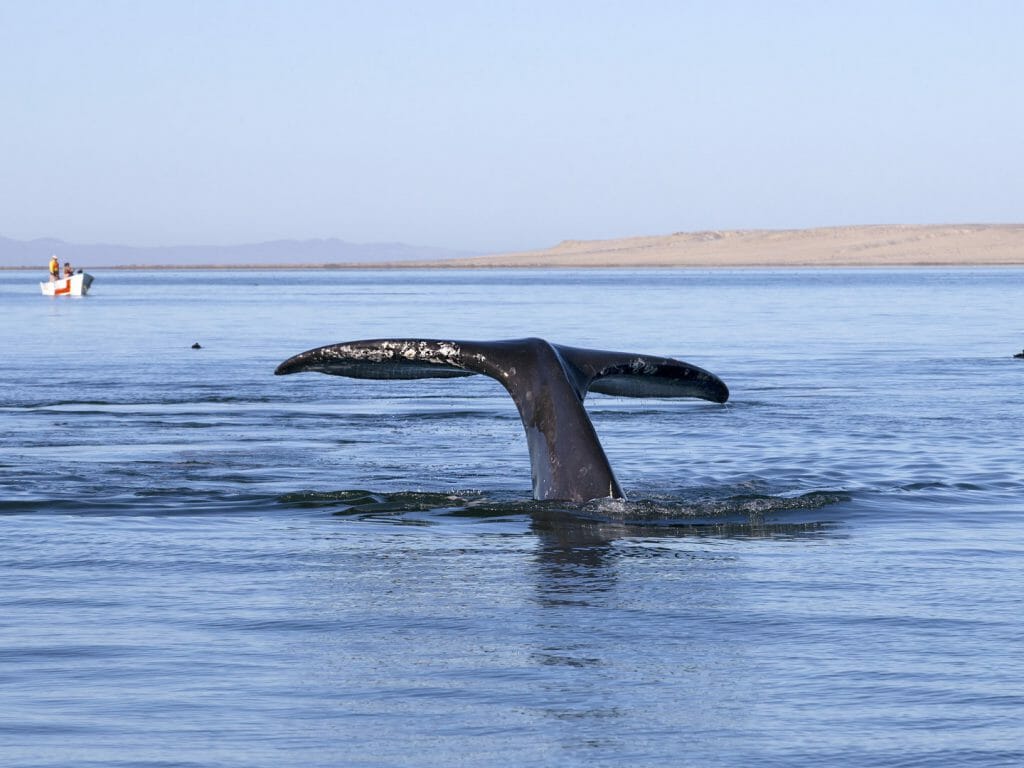 Stories
Whales, Seals & Birds of Baja California
Sue Grimwood
As a wildlife enthusiast, a trip to Baja California was like a dream come true. I travelled aboard the comfortable Seabird;…
Read Article 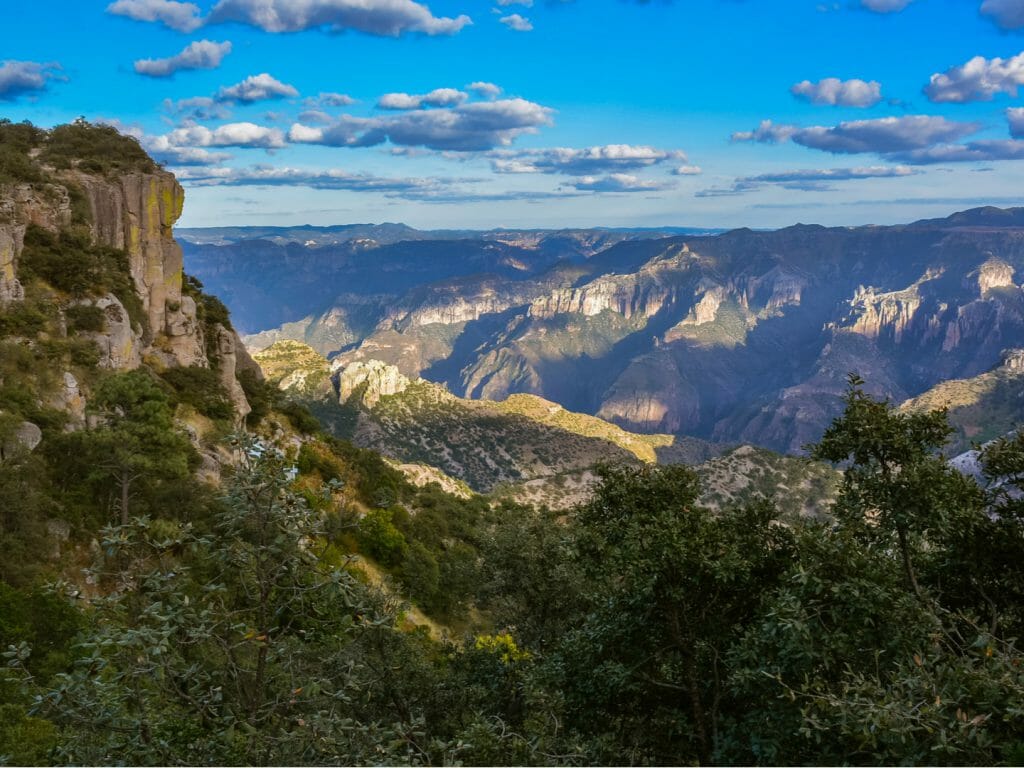 Stories
Mexico’s Copper Canyon and Baja Sur
Steppes Travel
If you are looking for a different kind of holiday then the Copper Canyon, Mexico is the destination. You need time,…
Read Article