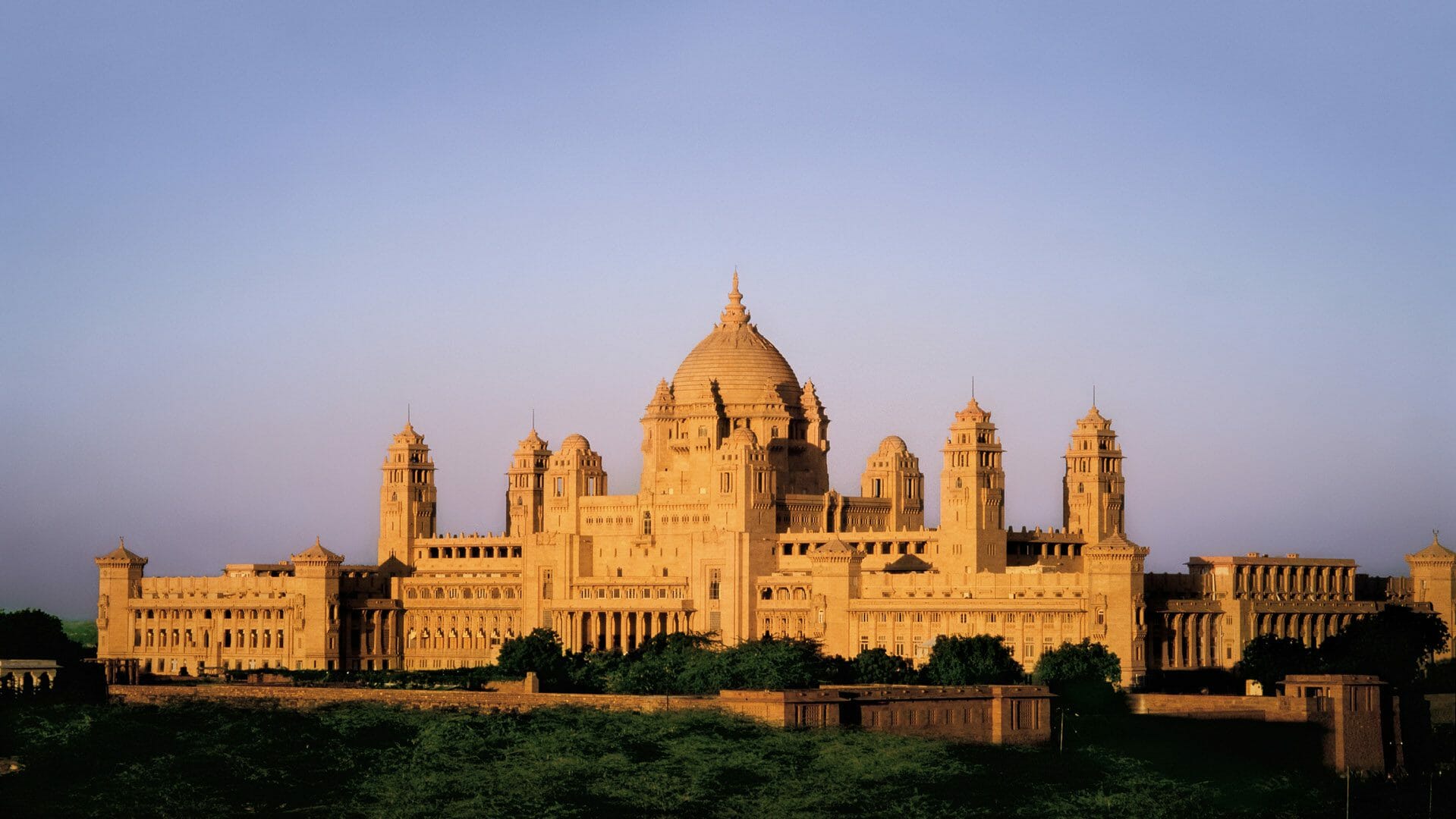 Umaid Bhawan is one of the largest private residences in the world, built in the early 1900s by Maharaja Umaid Singh to give work to his people, who were suffering from famine. It took 25 years and 3000 men to build the colossal structure.

Now recognised as a ‘Leading Small Hotels of the World’, it has recently won the award of world’s best hotel of 2016. The hotel has been showcased in the recent film, ‘Viceroy’s House’, as the setting of Lord Mountbatten’s home.

A real-life Indian Downton Abbey – seeing is believing. There is a very good collection of vintage cars here also.

Umaid Bhawan today is both the home to Gaj Singh, the grandson of the Maharaja Umaid Singh, of whom the palace was built for over 15 years, completed pre-independence, and the managed residence of the Taj Hotels group. Recently voted the world’s best hotel of 2016 in the Traveler’s choice awards. The designer, an English architect Henry Lancaster, packed it full of Art Deco opulence.

Out of the palace’s 300 rooms, there are just 64 guest rooms, mostly suites. The royal family live in the same complex and are happy to stop in the corridor for a polite exchange of conversation. In the evening, take a champagne walk through the palace’s private museum. Or take pre-dinner drinks in The Trophy Room. Look out for the hard to miss monumental dome soaring to a height of 185 feet, at the meeting of the two wings of the palace.

In the heart of Rajasthan, and a short distance from Jodhpur by car, the palace is set in 26 acres of carefully tended grounds. Views cast back across to the maharajah’s former palace, the 15th century Mehrangarh Fort, or Blue Fort as it is fondly known. Beyond the palace is the extensive Thar desert.

Where to stay in India

Conceived in the royal tradition of the palaces… 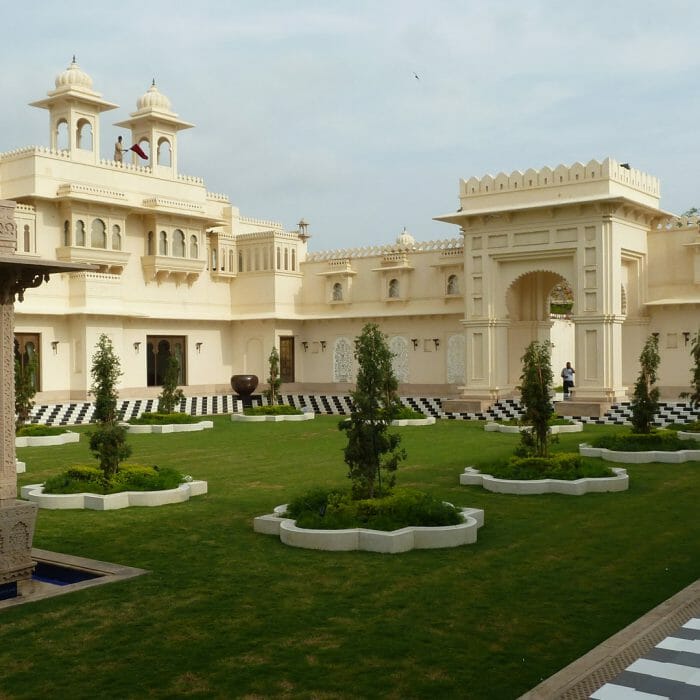 Unquestionably one of Oberoi’s finest creations, Rajvilas is… Quietly nestled in the middle of the Thar… 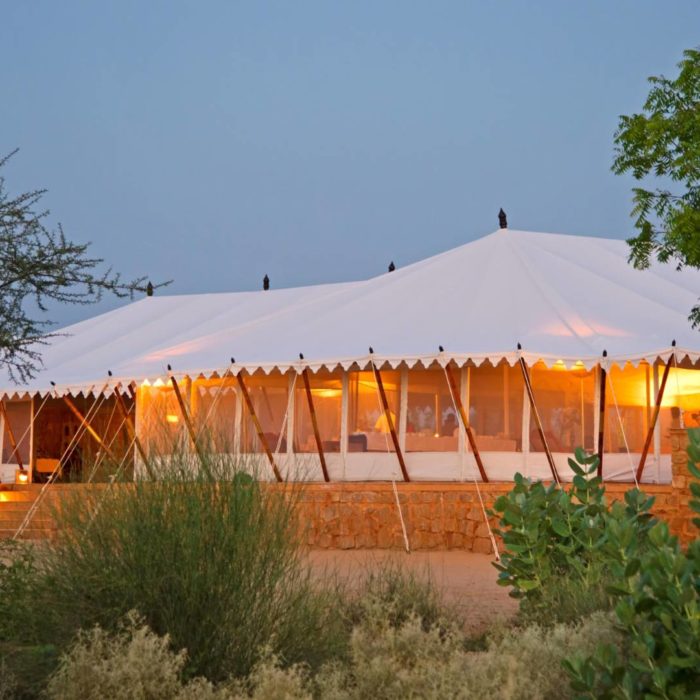 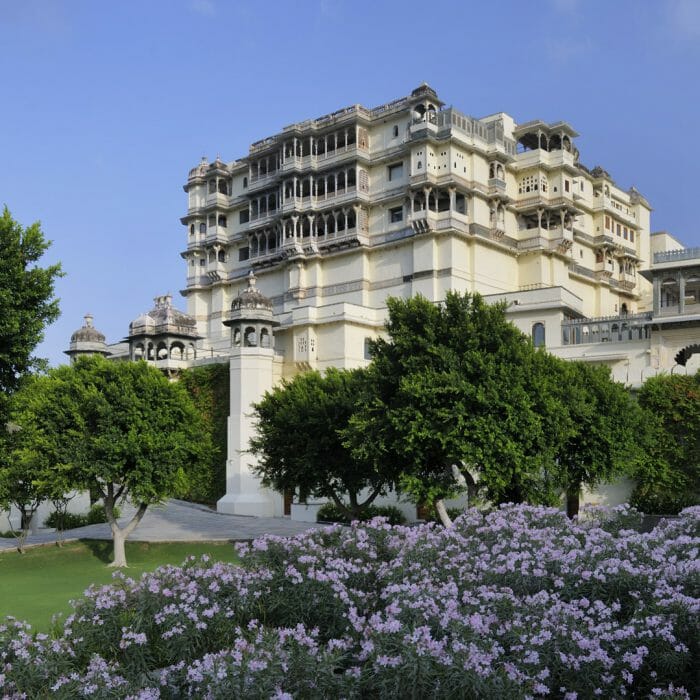 Of traditional Rajasthani architecture, the rose-coloured facade of… Sat beneath the shadow of Fatehgarh Fort, this…