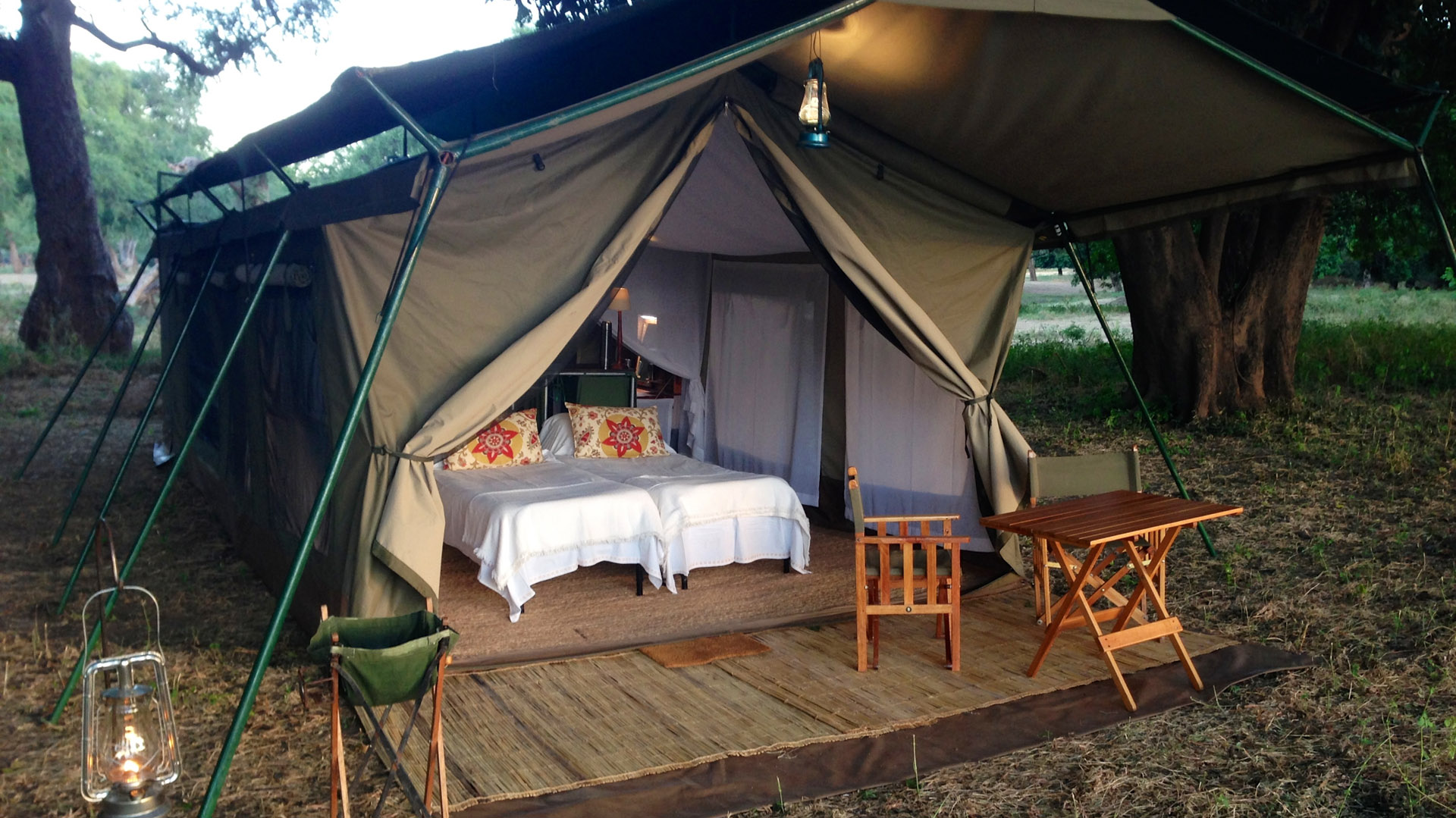 Located within Mana Pools National Park, this small tented camp is positioned on the banks of the Zambezi. From underneath the canopies of gnarled mahogany and trichelia trees, it looks out over the meandering, sandbank-dotted river, towards Zambia.

A seasonal, semi-permanent setup, John’s Camp only operates during the drier months, between April and November. It is made up of just five canvas Meru-style tents, each one with an en-suite bathroom containing a shower and flushing toilet. Inside, the tents can be set up as doubles or twins, whilst outside, each has a small veranda that faces the river.

From the camp, explore the surrounding floodplains, rich with grazing and predatory wildlife. Encounter bull elephants, herds of buffalos, prides of lions and numerous antelopes. More than 400 bird species can be found in the area, whilst pods of hippos float in the cooling waters of the river.

Simple and unassuming, John’s Camp makes the most of its magnificent location, focussing on guiding and wildlife, rather than pampering and polished service. Run by the incredibly experienced Milo Harrup and Sarah Stevens, the camp takes its name from Sarah’s father – the renowned walking guide, John Stevens.

Where to stay in Zimbabwe

Ruckomechi Camp is on the boundary of Mana… 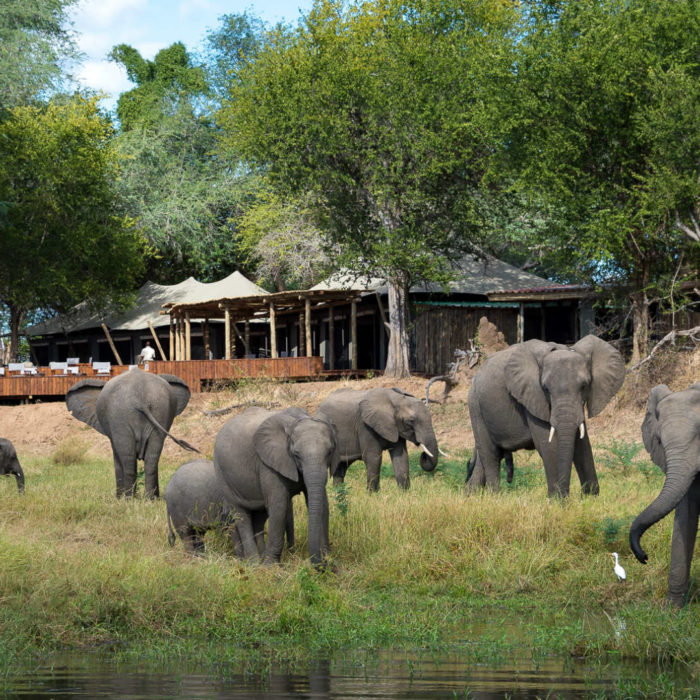 Kanga Camp is set on the most remote… 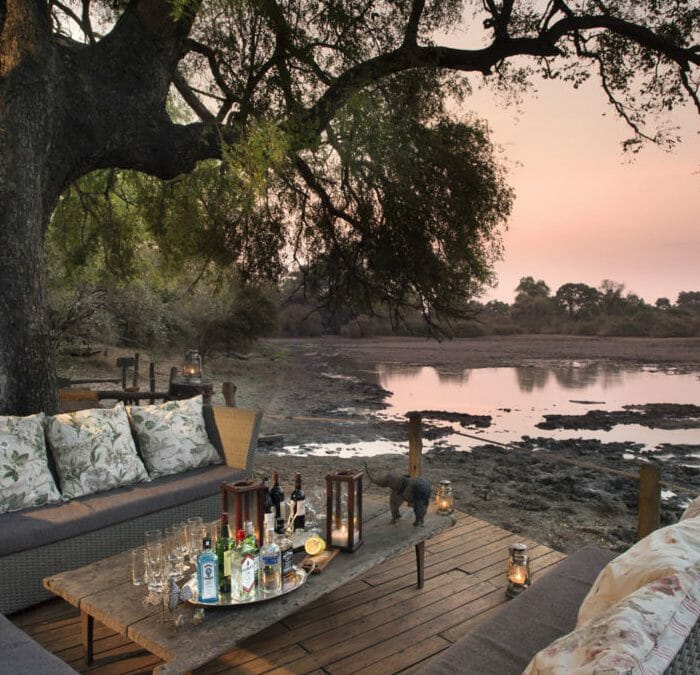 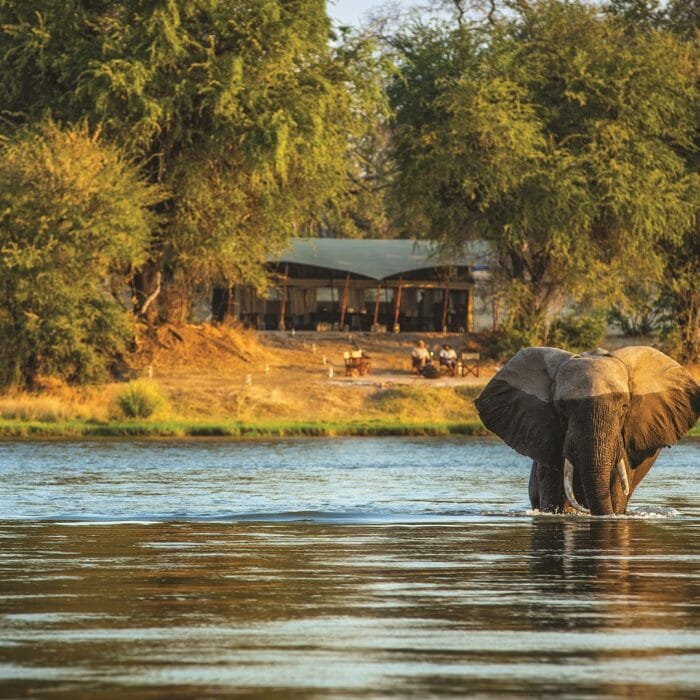 At the heart of the vast Sapi Concession,… 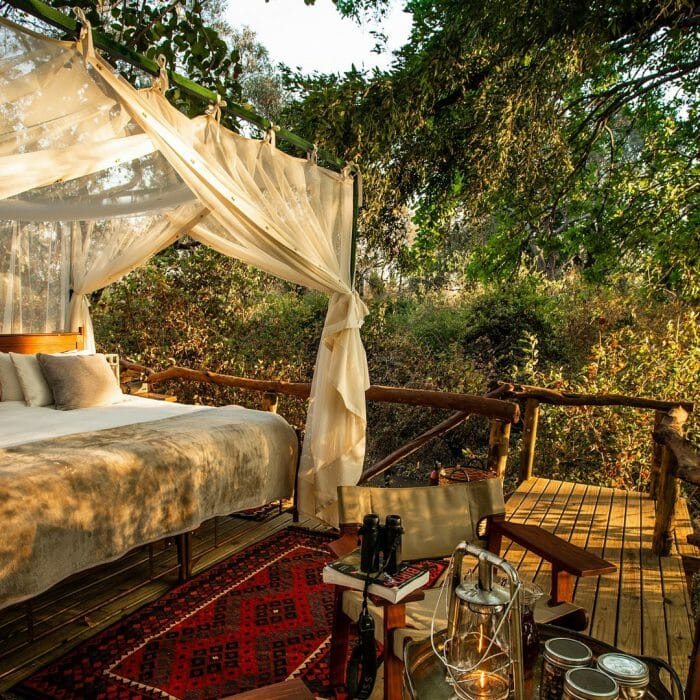